Yes, the tank cavity is lower than the engine compartment. Saw the same thing on mine. Drilled a hole, glassed it to seal it. When I replaced the tank in my boat, I coated the tank and put two 3/4” thick neoprene strips on each side. If you had berry’s make your tank, I’m assuming you did not go flat bottom and it looks like mine, which follows the hull contour mostly, but does have a slight flat area down the center. The gap that the flat section and the neoprene gave me made for almost 2” of clearance off bottom down the centerline. Plenty IMO to allow water to make it into the engine compartment/bilge area.
When I replaced my tank, I noticed that the froward bulkhead was solid from top to bottom, but the sides and aft walls only extended about halfway up. I extended them up to the underside of the deck with some plastic lumber that I had lying around and sealed any joints with 5200. After the install I sealed the deck with 4200, so I feel pretty confident that stray water can’t find a way in, but if it does it should feed into the engine bay.
I trailer my boat and I live in Bakersfield where it’s dryer than a popcorn fart and when I store my boat I raise the front as far as I can. So if there was a tablespoon of water left in there it evaporates pretty quickly. Hope this helps, I’ll throw a couple pics on this reply so you can see what I’m talking about.
The first pic will show my tank, I drew on the picture and turned it upside down. The blue is the neoprene strips, the yellow shows the contour of the hull inside the tank cavity and the green just outlines the shape of the tank 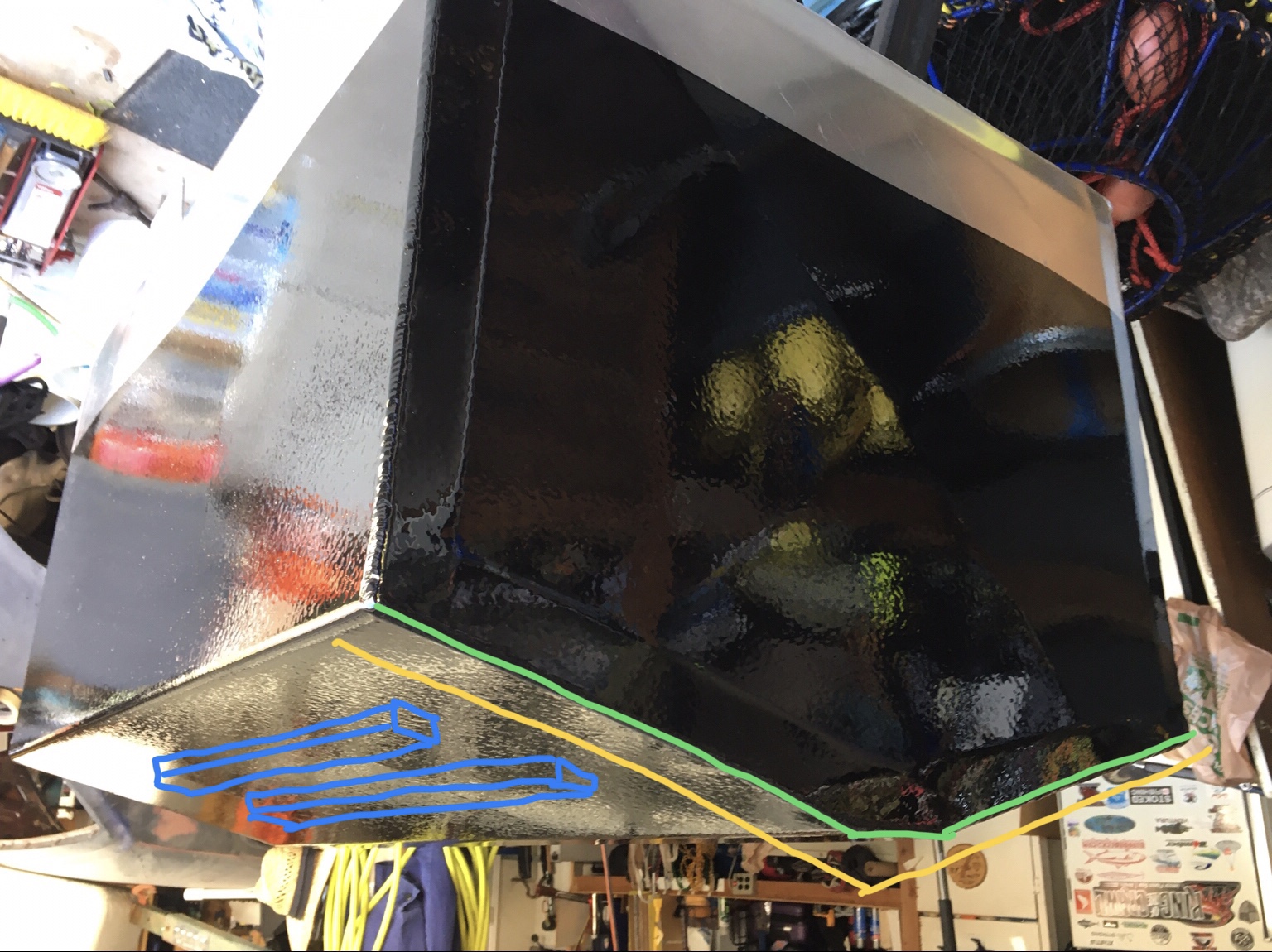 bottom.
The second pic sort of shows how I raised the sides of the tank cavity and the third pic is completed and sealed deck. 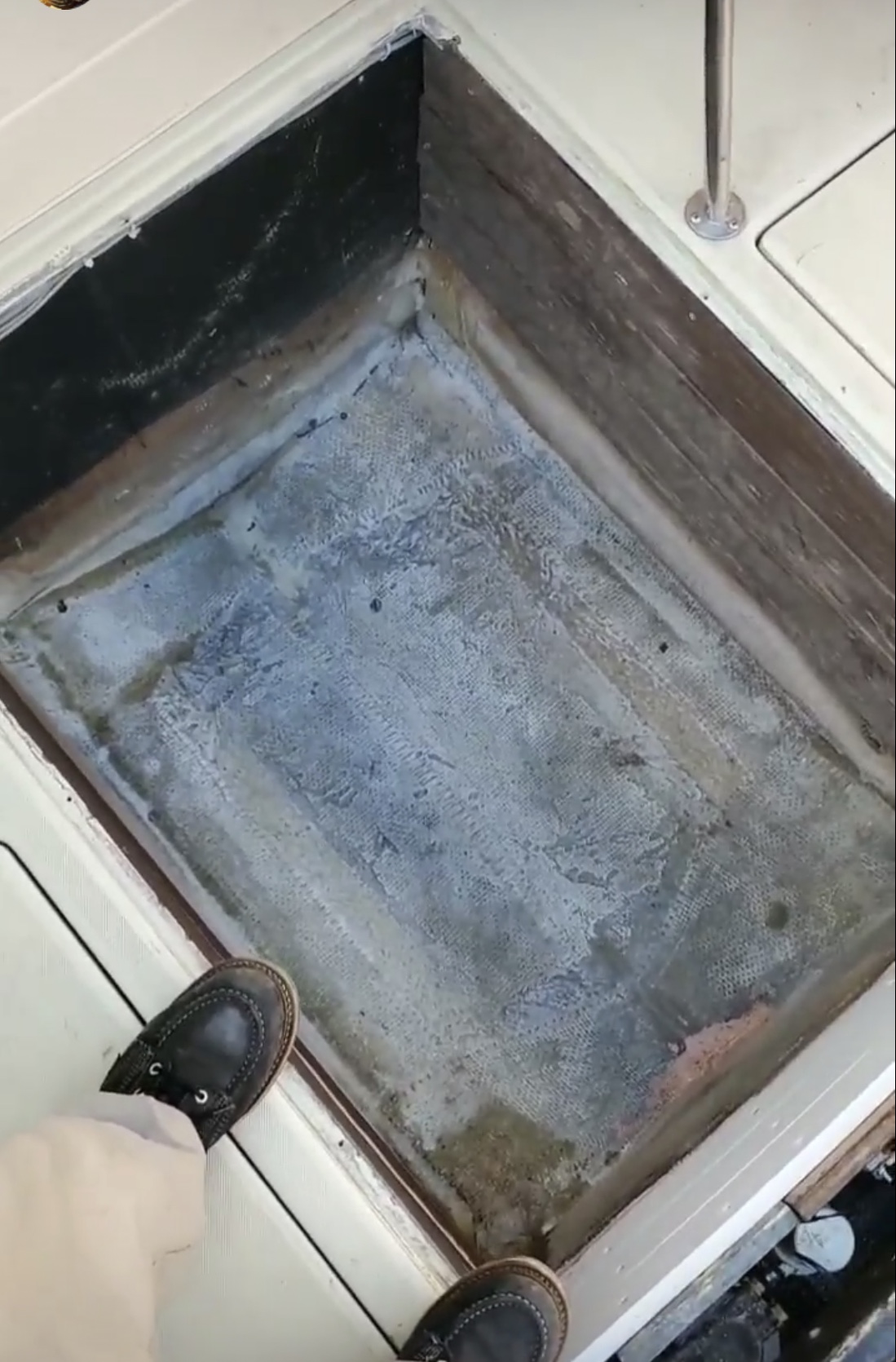 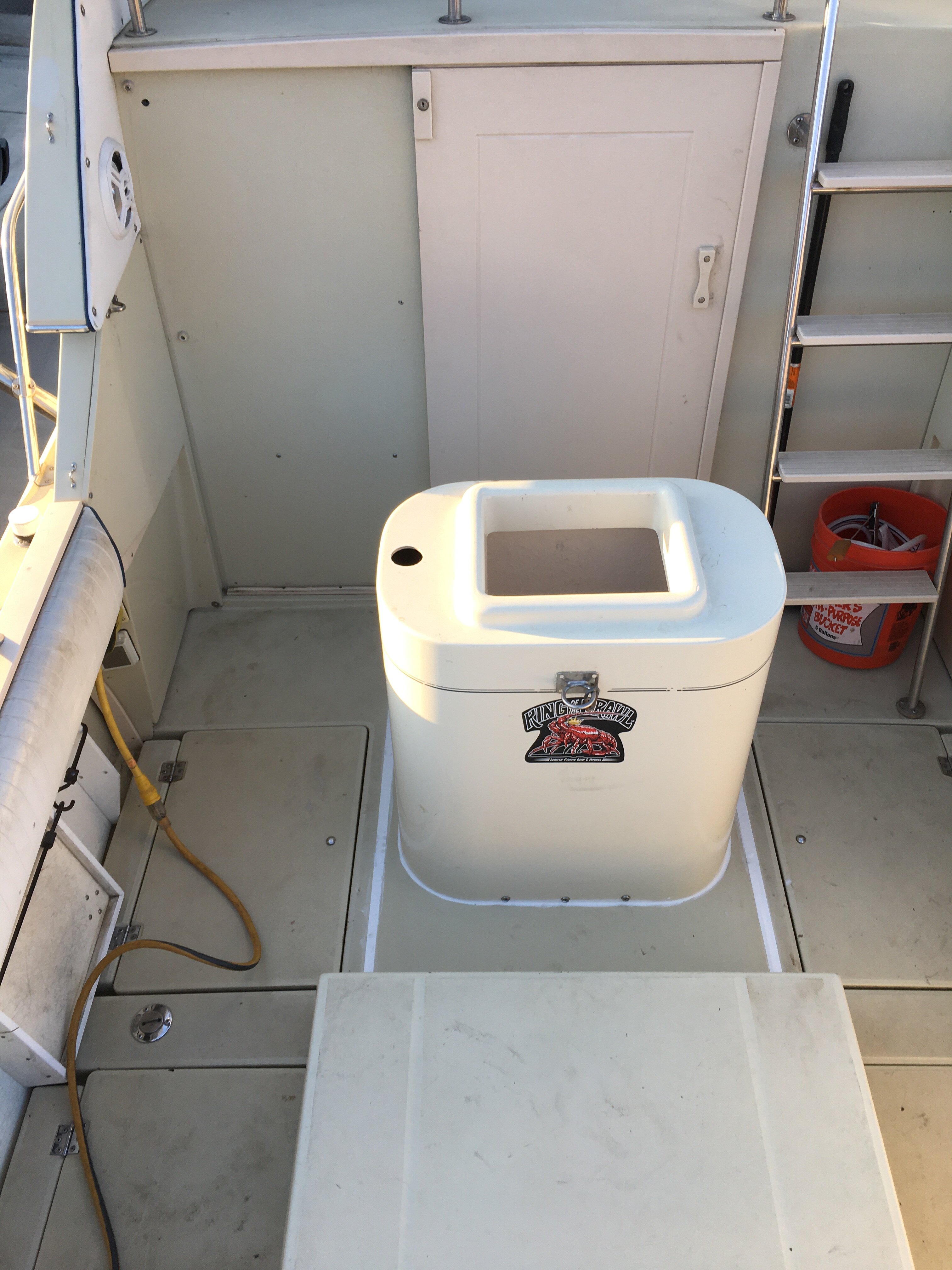 Kicker Question for my Skipjack-25