Thanks, everyone for the help on this project. I spent most of yesterday and this morning running conduit and wiring through the boat. Everything worked the first time, which I consider a minor miracle!

I ran all cables through PVC conduit along the port side of the hull. I did not run the PVC all the way through each bench, so the wiring is exposed inside the benches but protected outside. I cut the PVC into smaller sections then epoxied it into the channel before sealing the seams with silicone. When the silicone is dry, I'll cut off the excess and paint over the conduit with non-skid deck paint. I ran conduit along the transom to wire the anchor light, bilge pump, and protect the transducer cable.

The electrical system is composed of a battery wired directly to a Blue Sea single battery master switch. I used a Blue Sea Weatherdeck circuit breaker panel to control all the accessories. The trolling motor is connected directly to the master as the draw is up to 50 amps, which would trip a circuit on the panel. All splices and connections are protected in heat shrink/electrical tape.

As of now, the following accessories are online and functional:

I intend to add interior lights and a headlight, though I have not ordered them yet. I also plan to add a wired VHF with DSC and an integrated GPS for safety sake. If I lose power, I want the Coasties to find me before I drift into the Potato Patch.

I'll eventually replace the trolling motor as it is a freshwater-only model. I'll worry about that when it fails. The bilge pump is attached to a flexible pipe that is held in place with a bracket. The bilge must be activated via a switch. It is not automatically activated.

I plan on adding wood floors and covering all touch surfaces with SeaDek (or something similar). I'll also figure out a better solution to storing the fuel tank between the benches. I keep it forward to balance the boat.

If I were to start this again, I would have started by buying a nice crimp tool. I did everything with a high-quality stripper/crimper, but a dedicated crimper would have been a better idea. I would have also heat shrunk everything from the start. I ended up redoing a lot of electrical work at the end when I decided to add that. I would also have left a ton more slack in every line. I had to splice extra wire in at the end on several pieces. 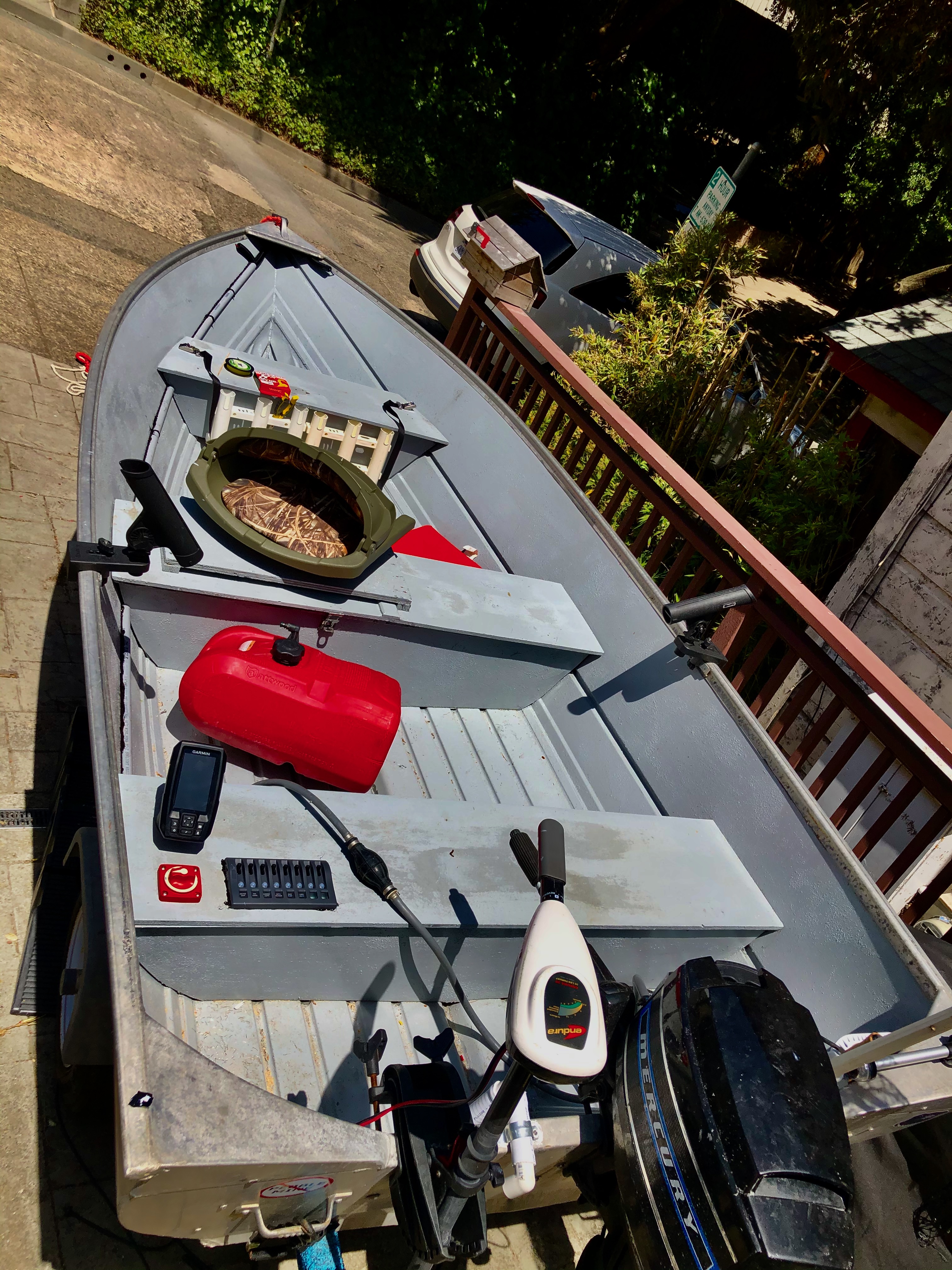 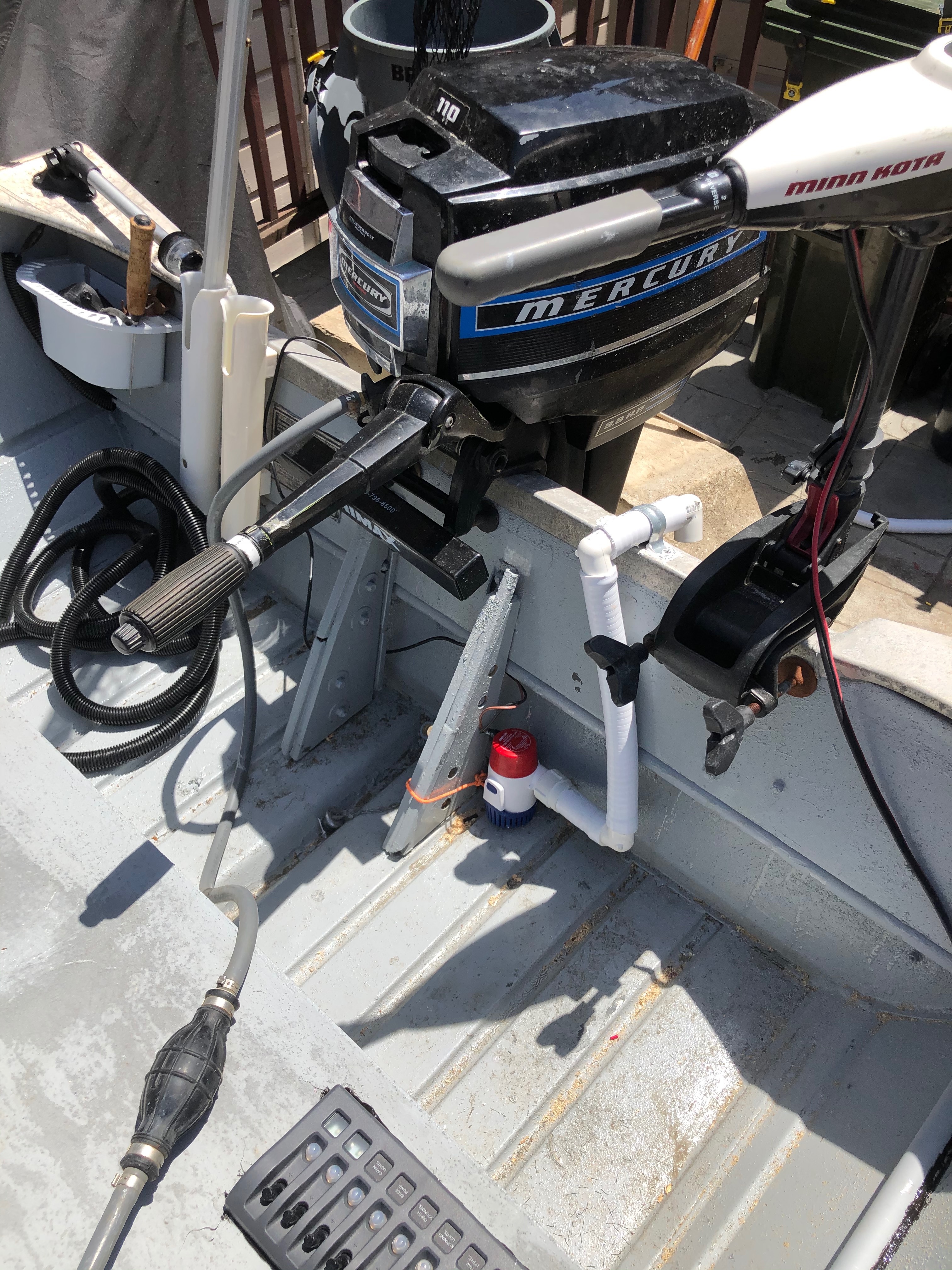 Again, thanks for the help. Does anyone have strong feelings on the "right" dock lights, led light strips for interior lights, and USB plugs?
Upvote 0

Hi everyone, thanks again for the help. Does anyone have a strong recommendation for a headlight? I'd like to get this on well in advance of duck season.
Upvote 0
Show hidden low quality content
You must log in or register to reply here.