I've been wanting to get my 10 year old son on a bluefin for a couple seasons now, but not wanting to drag him out behind SCI for a long day on the water. I got some text messages Friday afternoon about some local fish down south, and my dad got text messages about local fish a little further north, so we decided to do an afternoon run Saturday. Launched out of HB and left the dock at 12:45 p.m. Skipped bait as all reports were they were only eating iron.

Made the short run to where we planned to make a left turn and start heading south, and about half a mile from that location we started seeing school after school after school of bluefin up top. Slid in on the first school, but they didn't eat. Fortunately, the second cast into the second school produced our first fish on a silver kicker jig on 60 pound.

I hooked and handed that one to my son and let him pull on it until he couldn't pull anymore. He did a great job, and it was definitely a VERY proud dad moment that I'll never forget. Makes me happier watching him pull on fish than pulling on them myself. 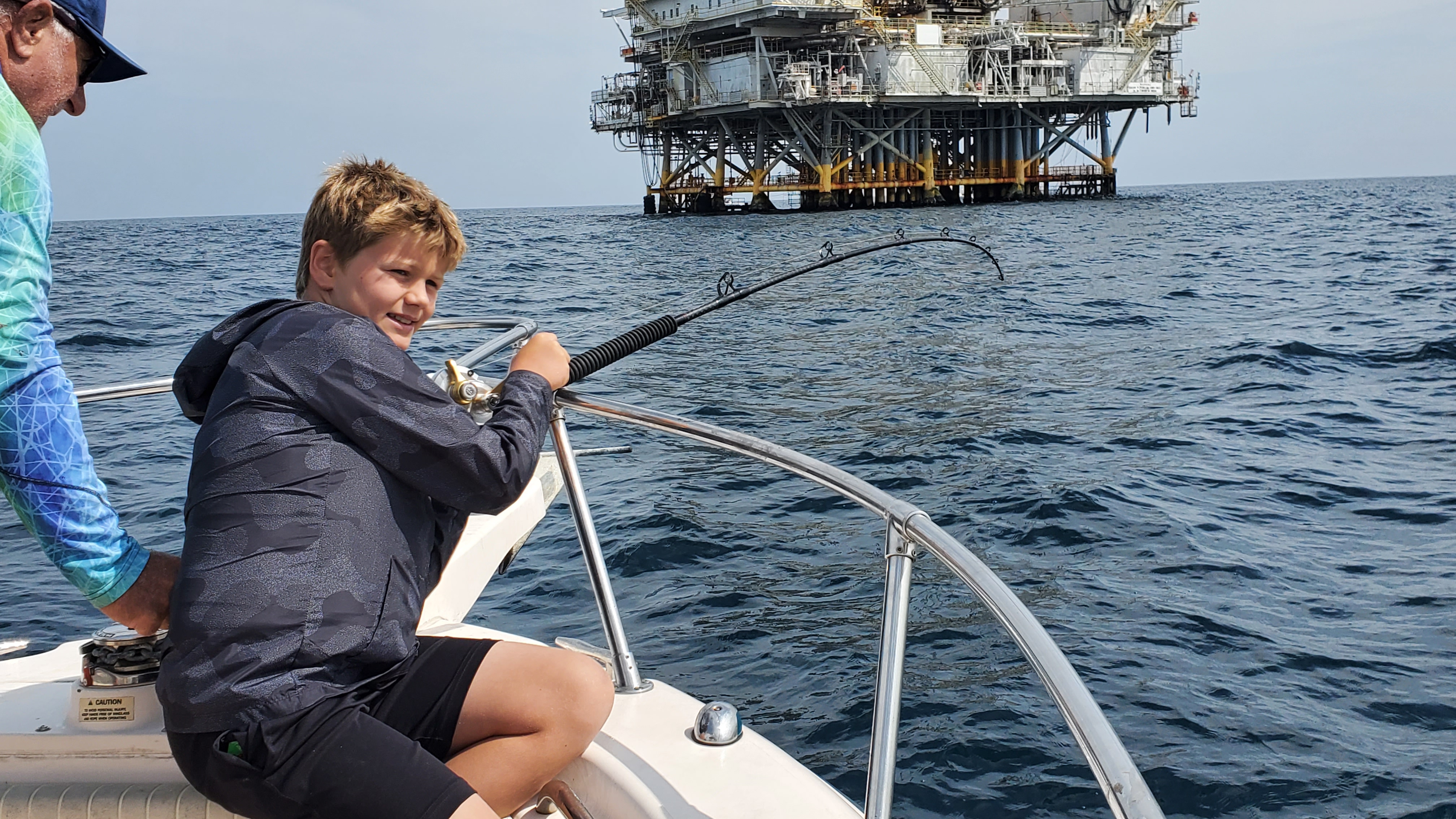 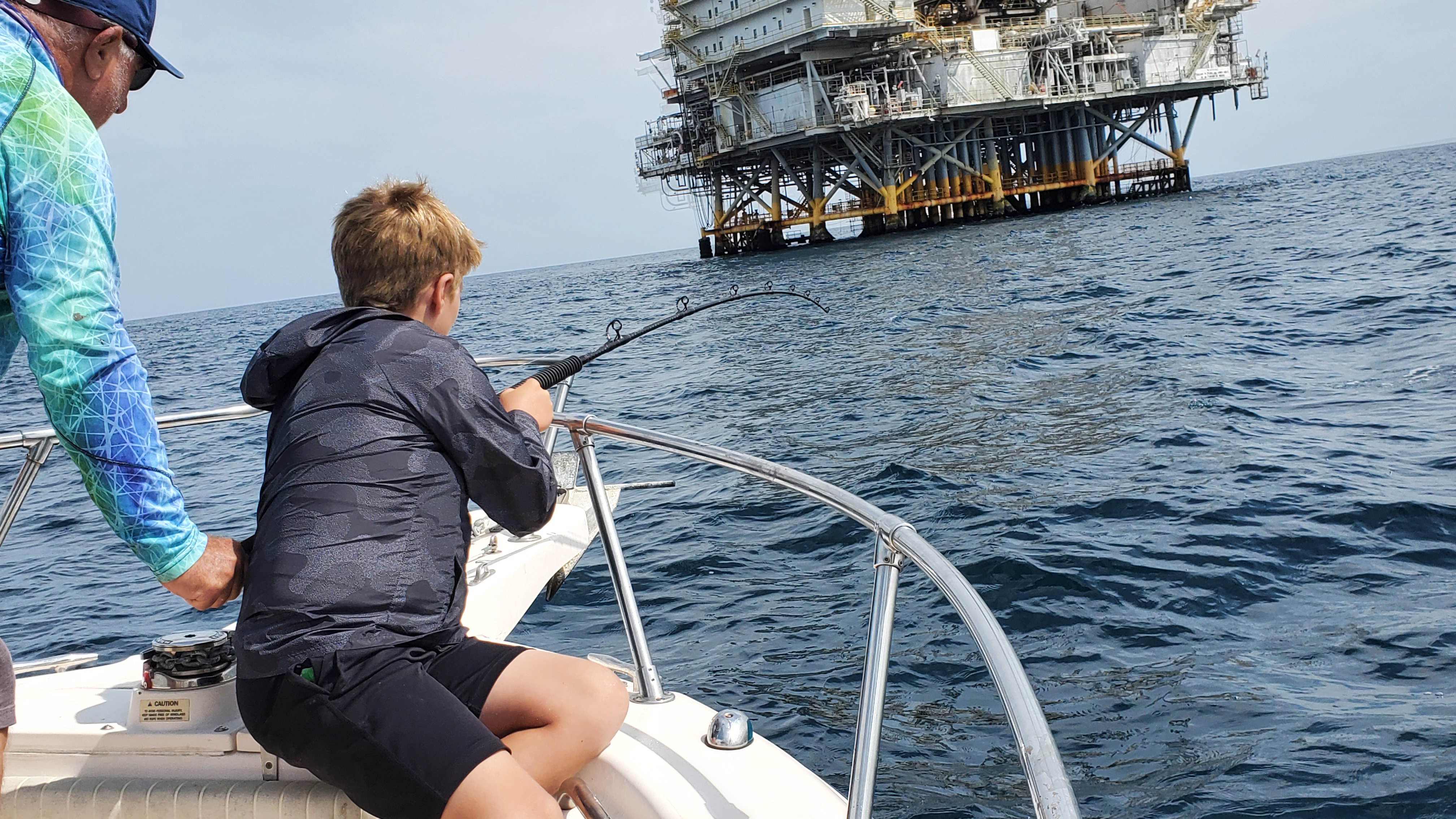 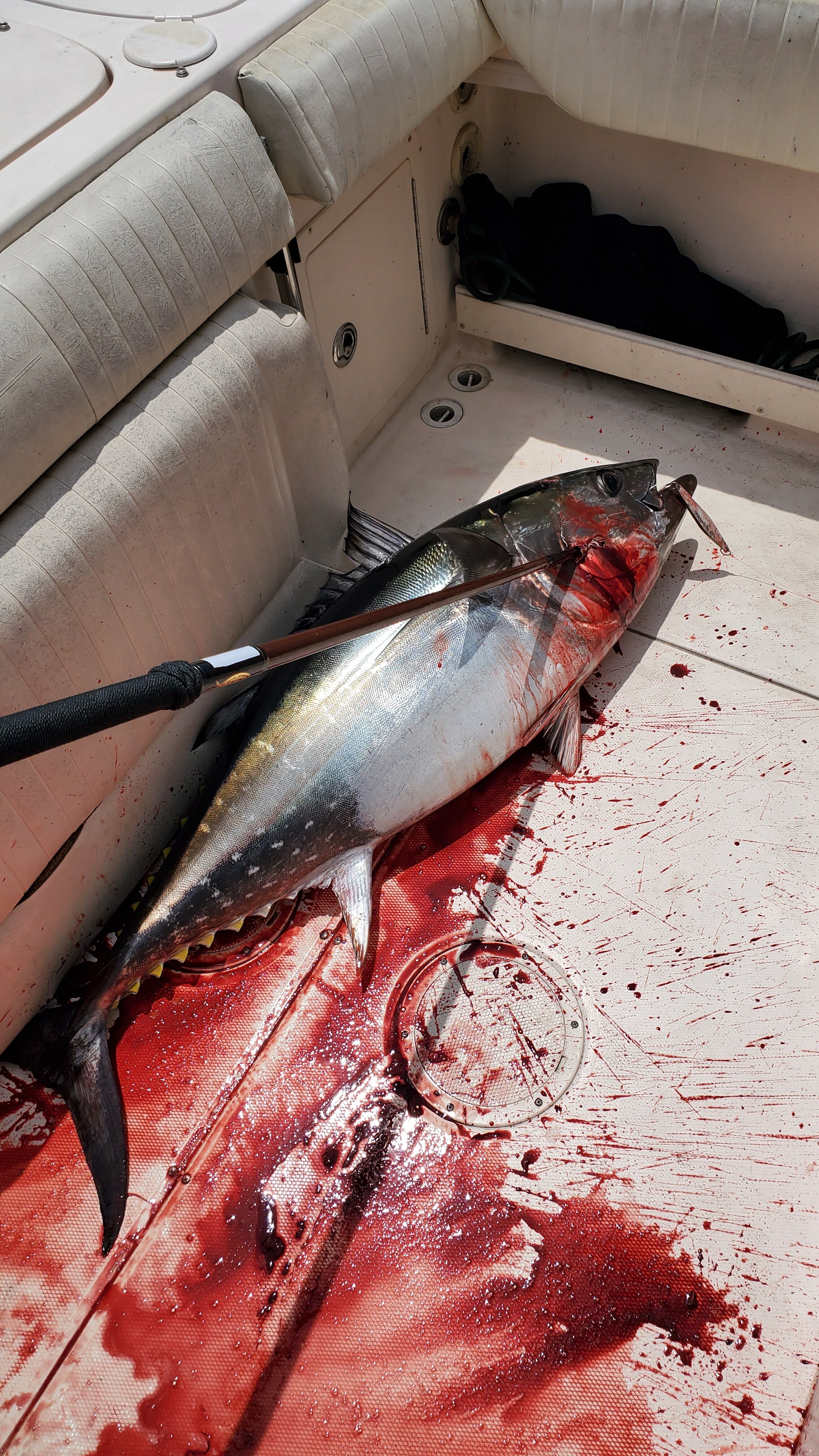 Got that fish bled and on ice and found another school. This time they wanted to eat a 120 grab colt sniper. 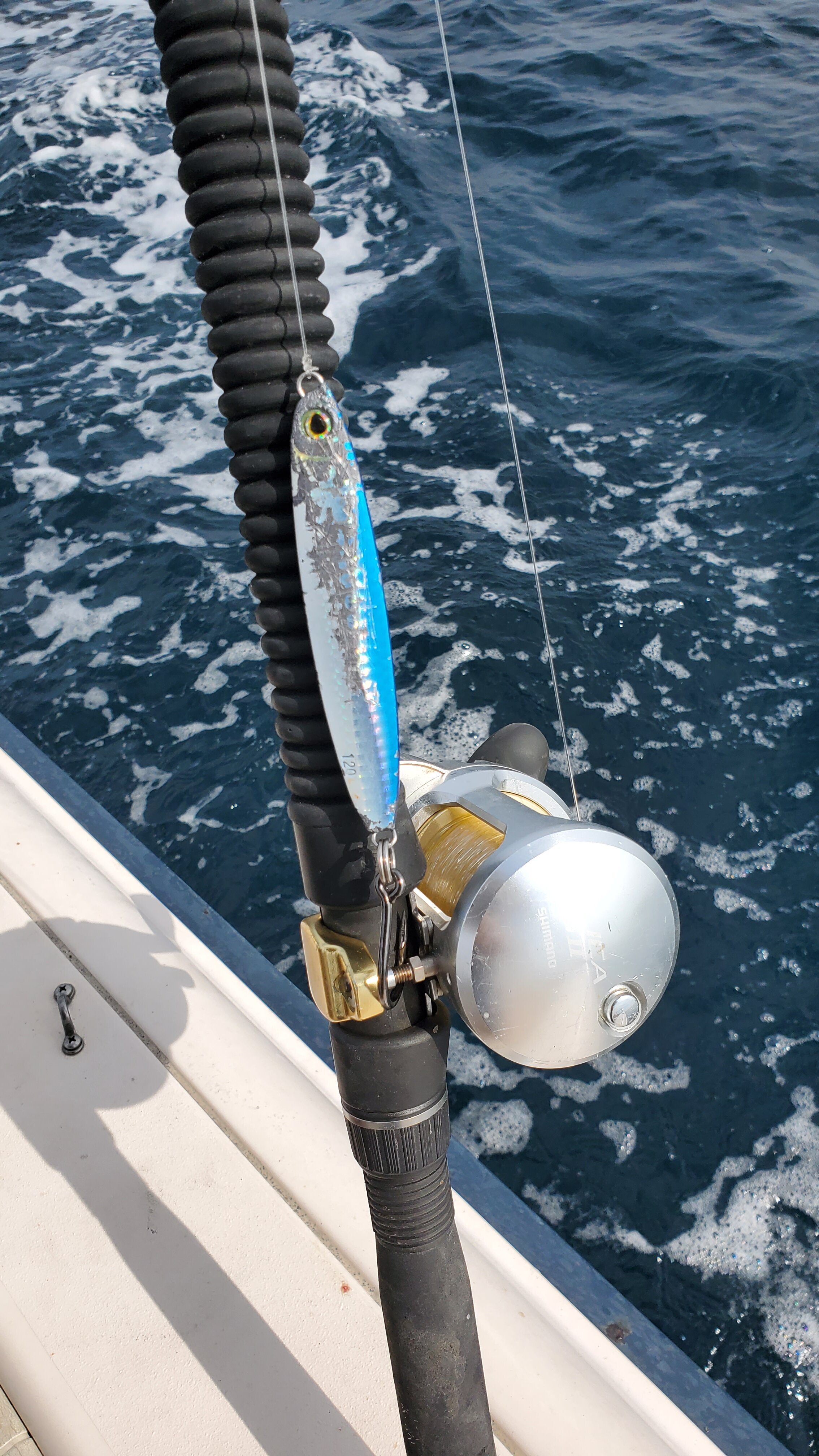 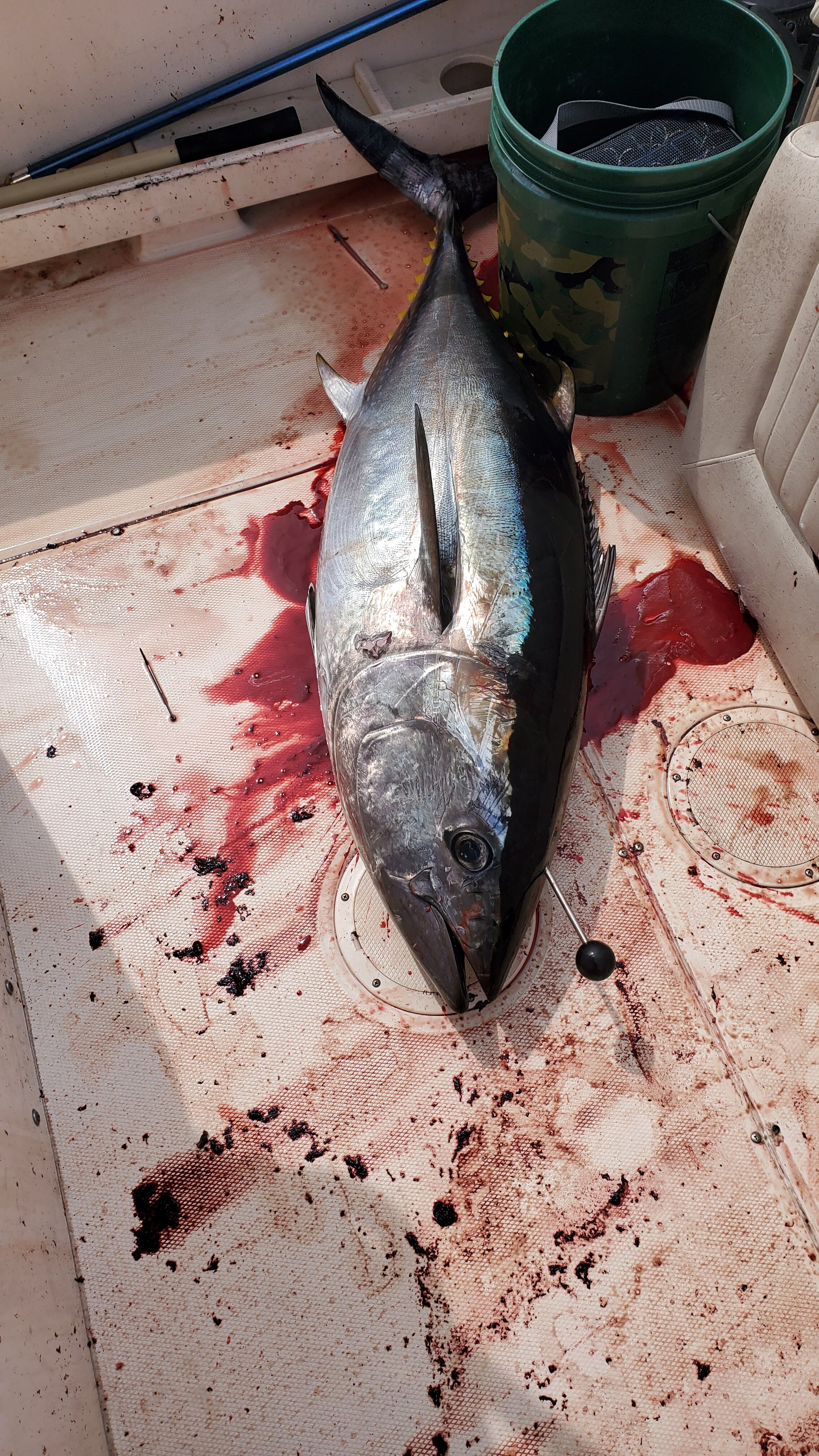 Got that one bled and on ice, and found another school. Same colt sniper got the third fish.

At that point we didn't have enough ice for anymore fish, so we headed for home. Back to the launch ramp at 5:30. My son was stoked. 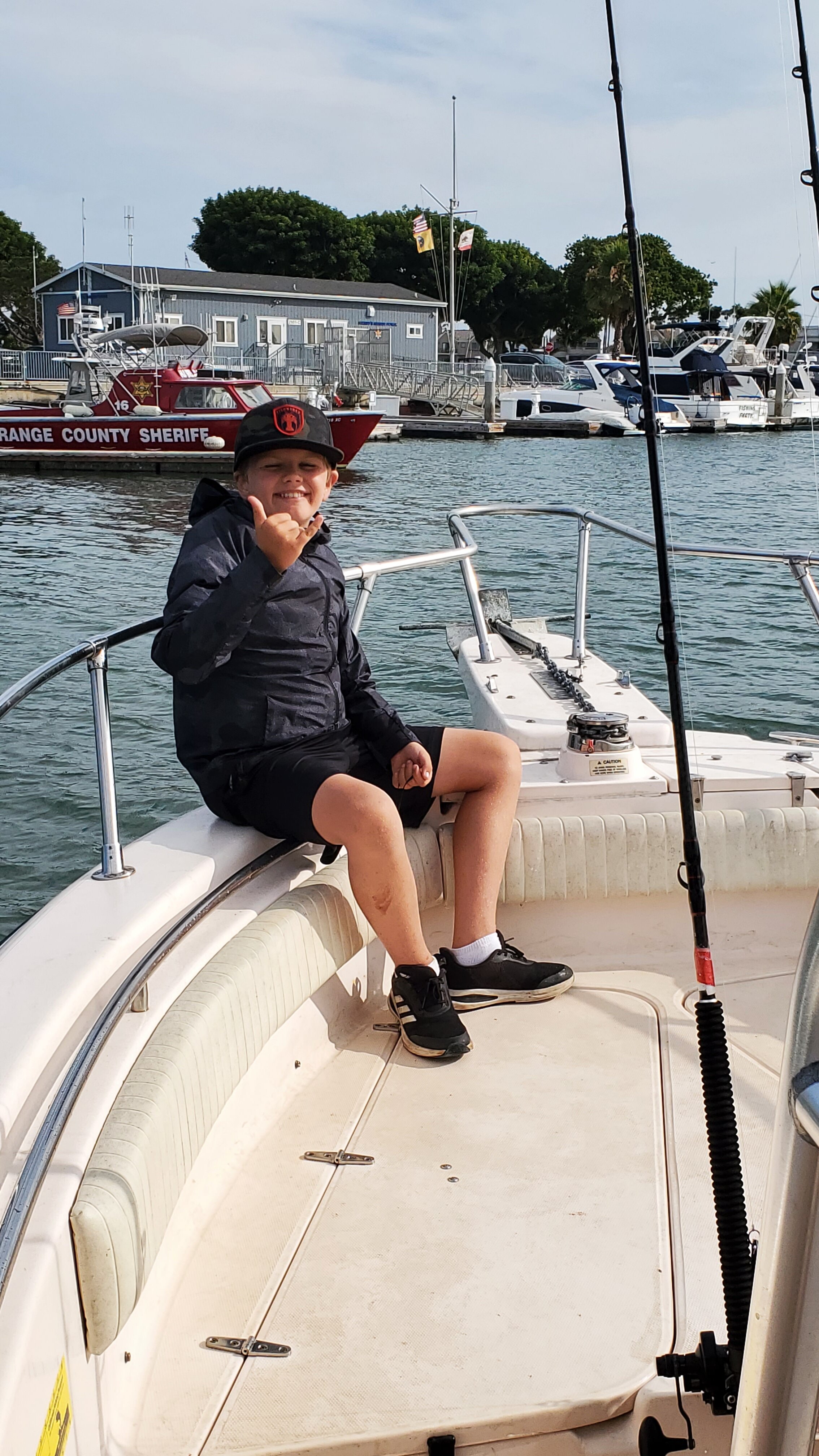 Three generations getting it done. 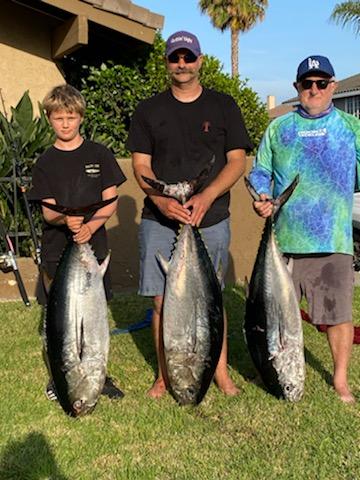 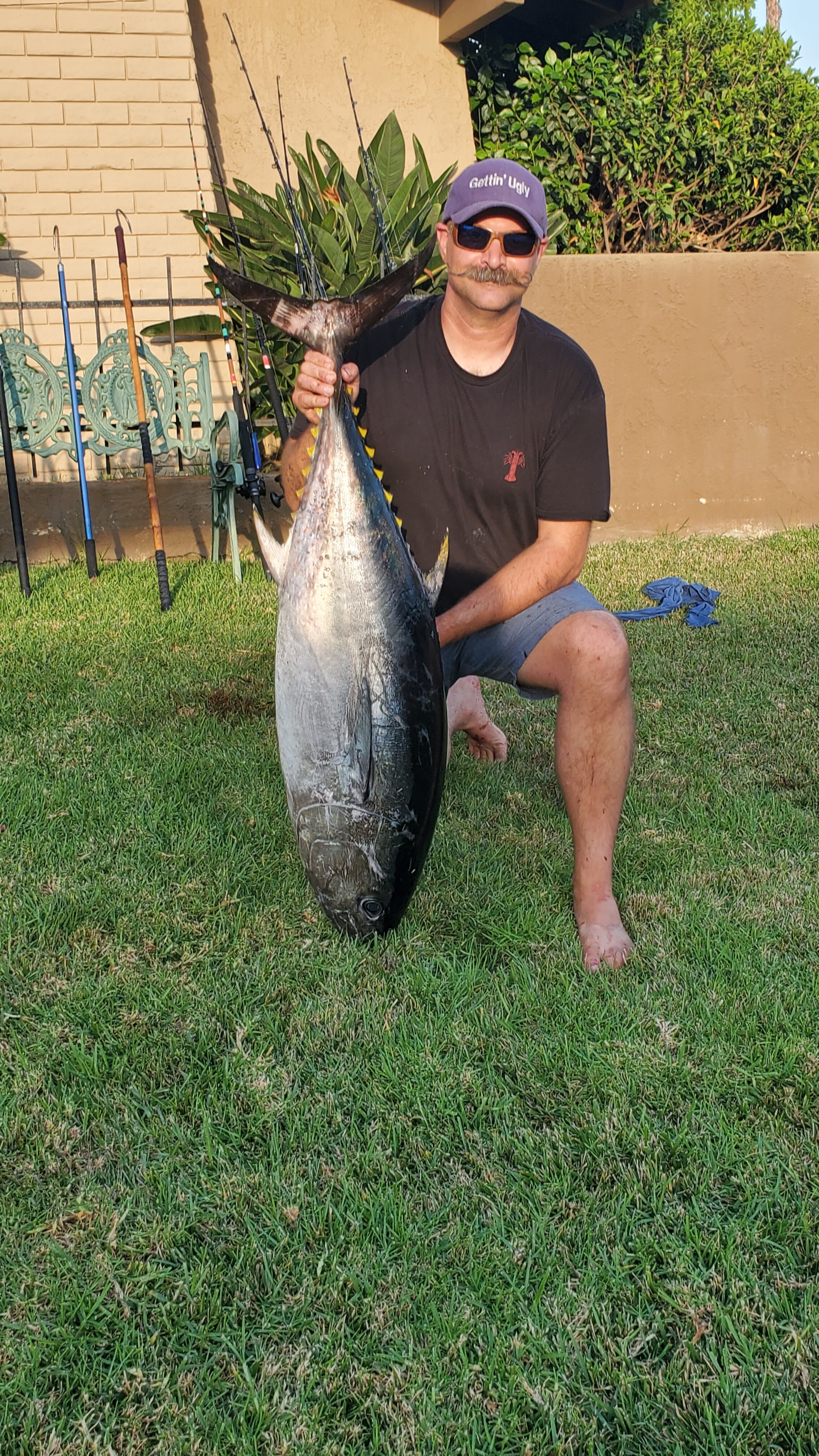 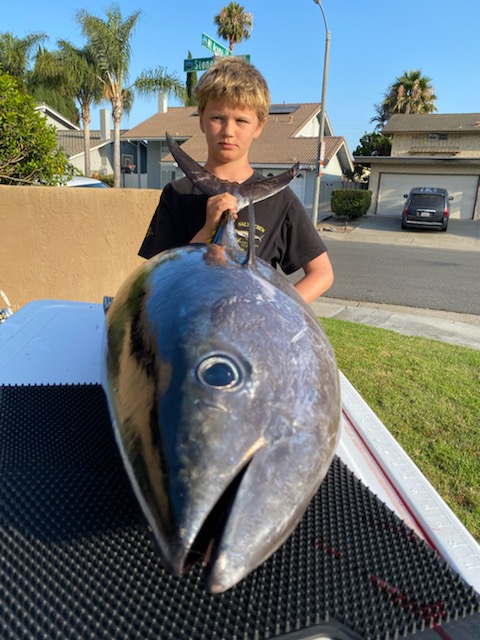 Got my son to take a bite of the heart.

Pretty epic few hours on the water. Can't wait to do it again. 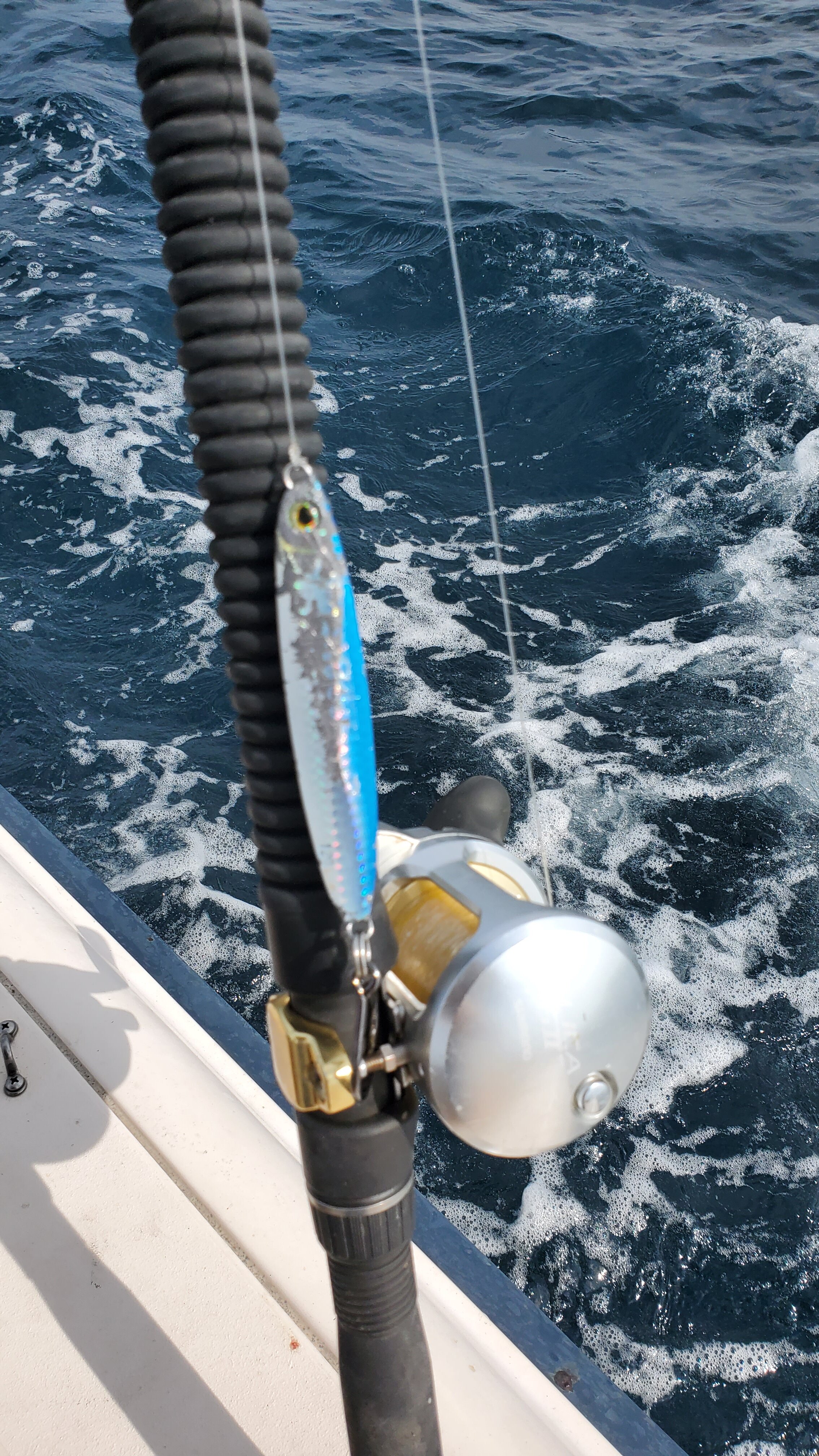 AWESOME POST! 3 Bluefin for 3 Generations of winders. EPIC
Your son has back to school tuna swag for show and tell.

great job guys!
Toggle signature
Friends will bail you out of jail Best friends will be next to you saying that was f#!k-ing awesome

That's crazy. Those rigs are a couple miles from the beach. I guess I will have to " chase " bluefin on my kayak this year.
Reactions: Drew Stephens and pacificscout
Upvote 0

I so understand the joy of watching the young ones pulling on those fish.
Congrats!
Upvote 0

Hell yeah! Getting everyone out there!
Upvote 0

Great pics! Thanks for the report.
Toggle signature
-AH
I get skunked and I can not lie
Upvote 0

Congrats to your son and family!
Upvote 0

Nomination for Dad Of The Year!
Upvote 0

fishnfoool said:
That's crazy. Those rigs are a couple miles from the beach. I guess I will have to " chase " bluefin on my kayak this year.
Click to expand...

“Those Rigs” are 13 miles from Alamitos Harbor mouth!
Upvote 0
F

Stakanak said:
“Those Rigs” are 13 miles from Alamitos Harbor mouth!
Click to expand...

I thought he launched out of HB?
Upvote 0
Show hidden low quality content
You must log in or register to reply here.

Offshore Win some louse some