My first trip on the RP part one

Let me start by giving a big thanks to the hardworking crew and the Charter group for welcoming me as a last minute addition. I have fished on five different long range boats over the years. There are standout crew on all of them; Russ and Charlie on the Shogun, Tom, Nick, and Derek on the RR3, but the ENTIRE crew is top notch on the RP - yes, all of them.

Captains Jonathan and Roy, Big D, Eddie, Daren, and Terrence. The Captains even cleaned the heads and served dinner. The two Chefs, Mark and Dave, along with new Chef Joseph, were unequaled compared to other experiences I've had and they were all genuinely warm and friendly.

The RP is a good boat; it's big and rides well, even in some of the rough seas we had. I like that the galley is forward while passenger seating is to the aft and beside the galley. Comfortably it seats about 30 for dinner but 36 could easily squeeze in. The three galley level heads were very nice and recently refurbished, all were kept clean.

Most of the staterooms are smallish, storage was open below the lower bunk and on the bunk beside you. The bunks were wide so I did not have problems. Tackle storage was also lacking, people that had been on the trip before were well prepared with deck boxes and stands that would not be allowed on many boats. There is more than enough room for more tackle storage racks and I think it would help; especially on some of the trips with 35 fishermen. The boat held a lot, I mean a lot of bait. We never ran out of sardines; we did make the bigger baits most nights. Over all, a great boat and I'll fish it again.

This is normally a semi-closed charter, some members of the group have fished this trip for almost 20 years. So I was lucky they had a couple open spots when my trip on the Shogun was cancelled. I felt like part of the family from day one, which was a relief. Thanks to Bill, John, Susan, and Mike for the give always. Every trip I've been on, from half day to 17 day has had some good to great anglers on board but the majority... not so much. This trip EVERY Angler was good to great!

I've never fished with a group that everyone was both courteous and aware of their (and others) lines along with being good individual fishermen. The very first day we found "foamers" of Bluefin, what normally would be a cluster was a thing of beauty.

I only took a couple of photos, I'll post them later.

Part 2 Fishing to follow
Toggle signature
I retired, now I have less time...

I'd rather be catching TUNA

Great you enjoyed your trip, next time you will want a longer trip
Toggle signature
I have more rods than shoes!

Looking forward to your report Rick and all the cool details about your 18/15 day .
I haven't fished the RP yet but have a couple trips scheduled this year on it.
Toggle signature
Blue Chum Saltwater
Upvote 0

Just saw that another report was posted from the RP website. The "ghost writer" did an awesome job describing some of our unusual events. I'll post my second part, between them you can get a pretty clear picture of the trip.
Toggle signature
I retired, now I have less time...

It looks like you got a Nice one Rick . 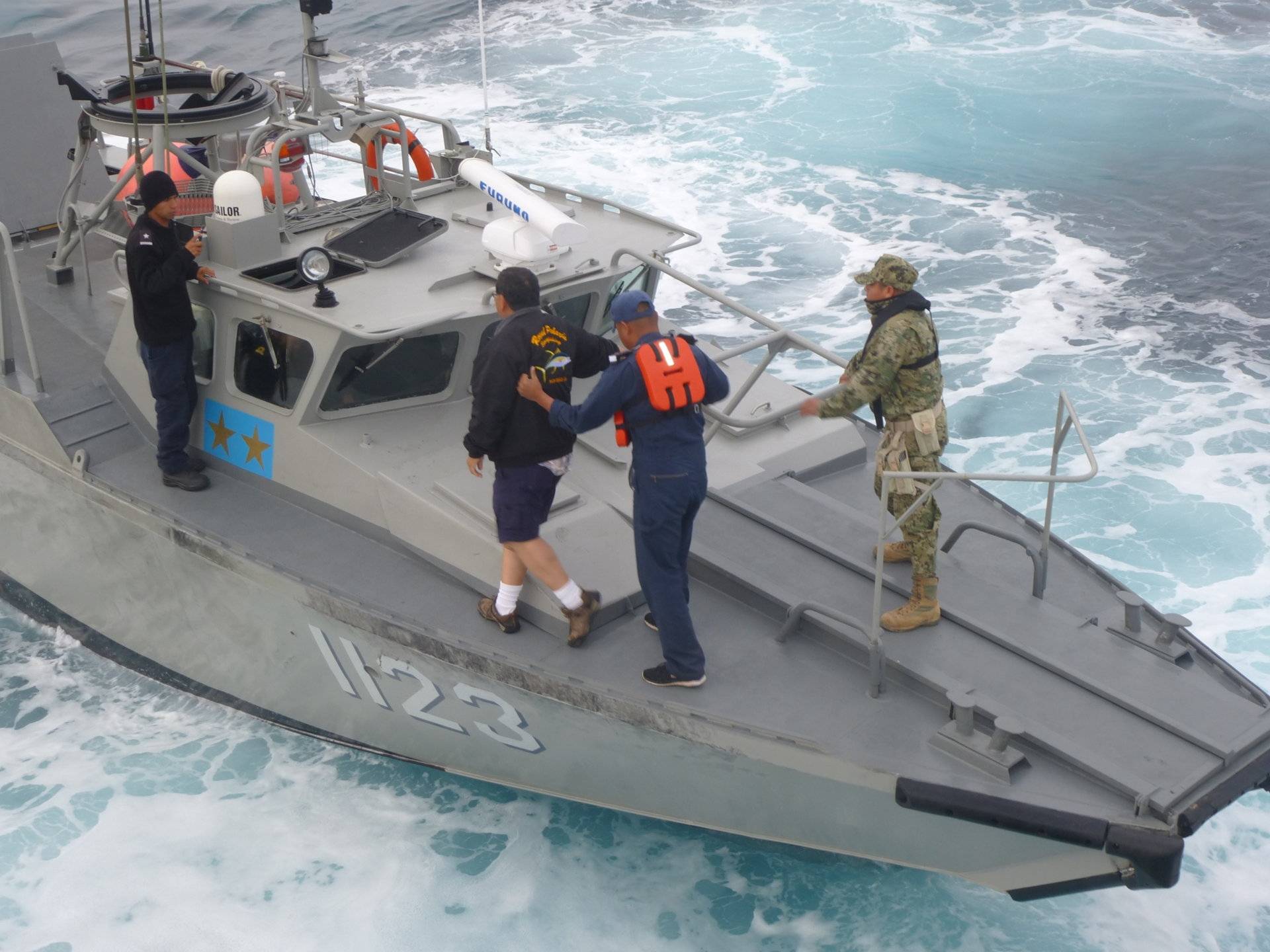 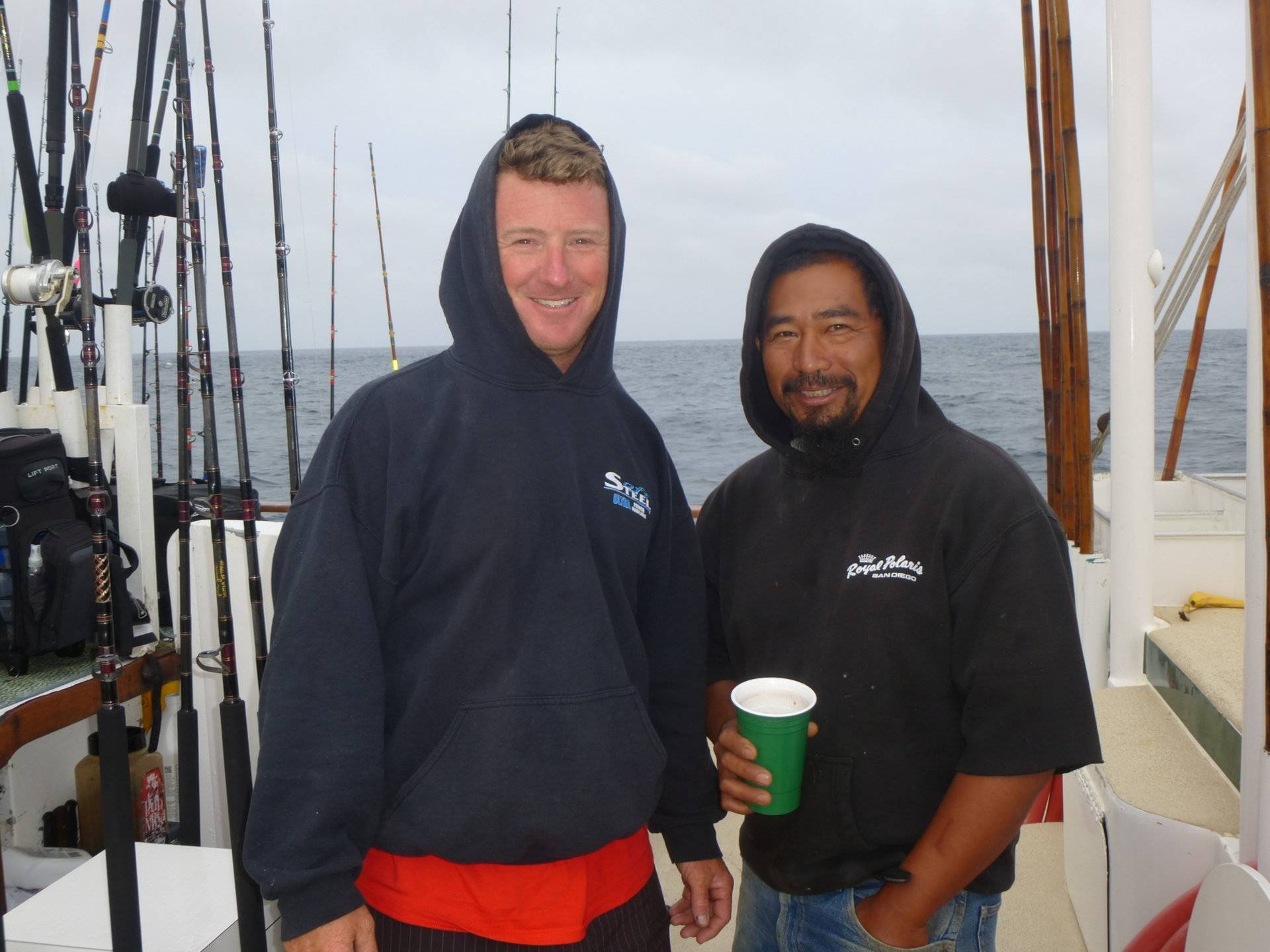 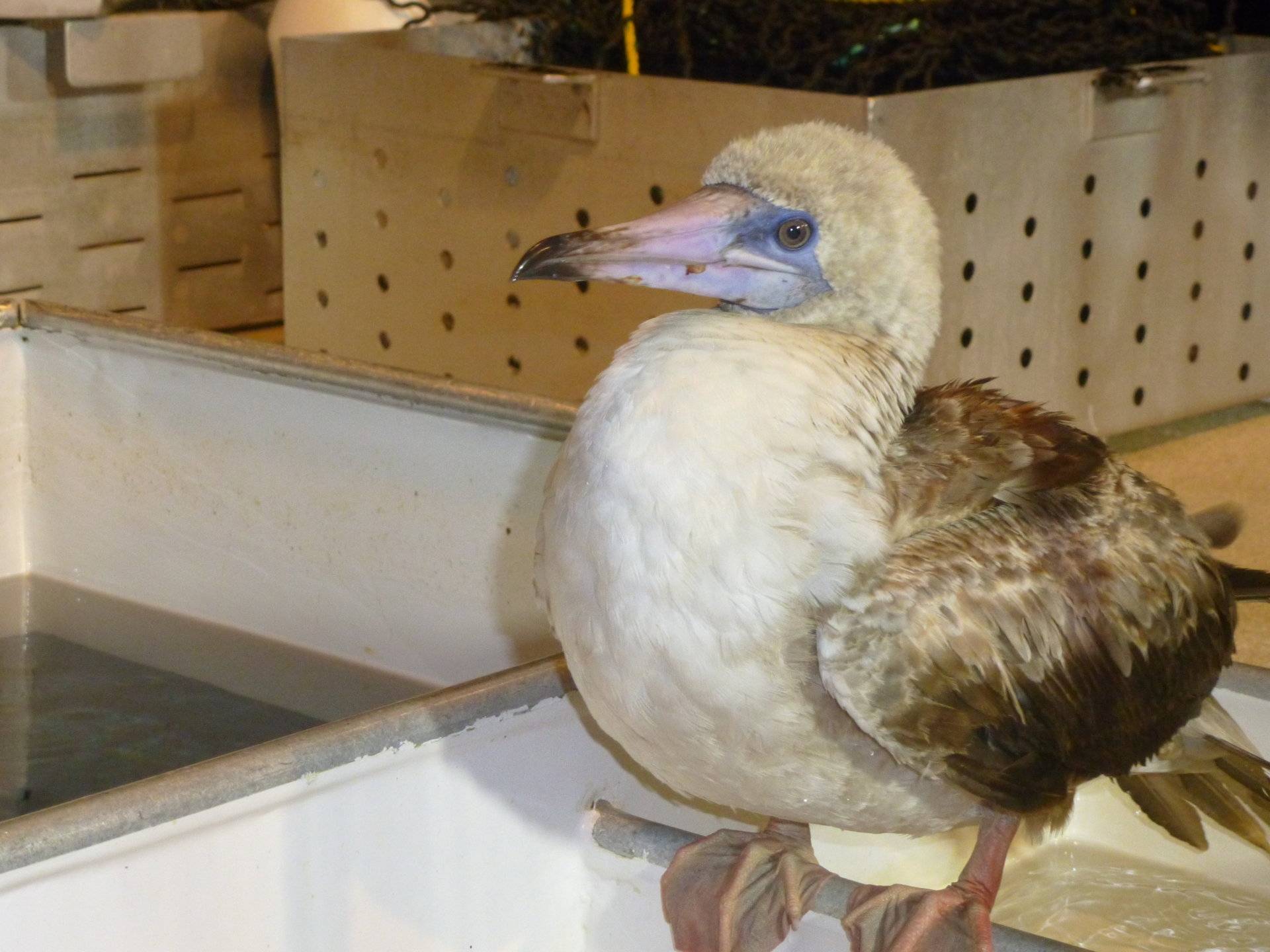 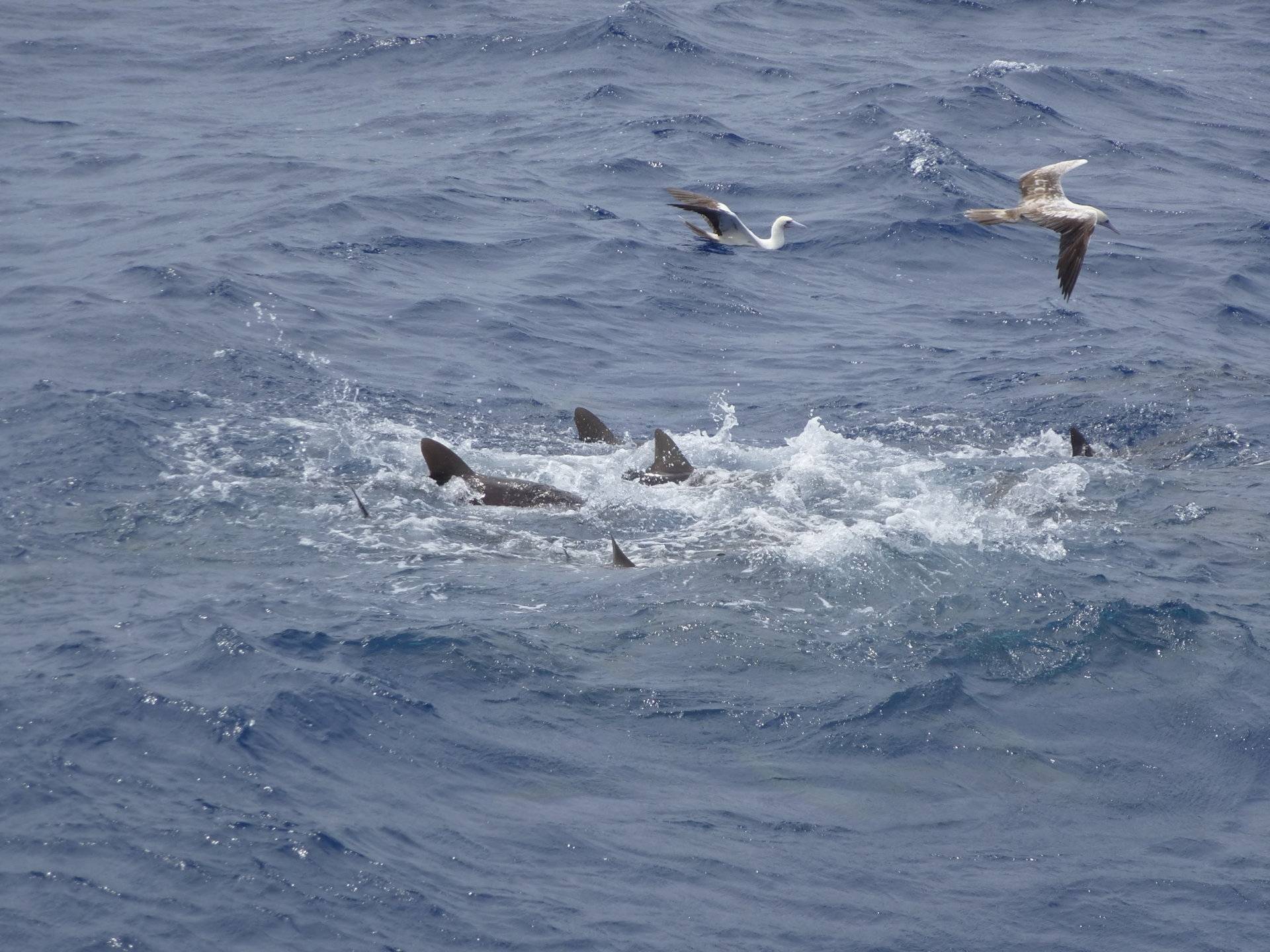 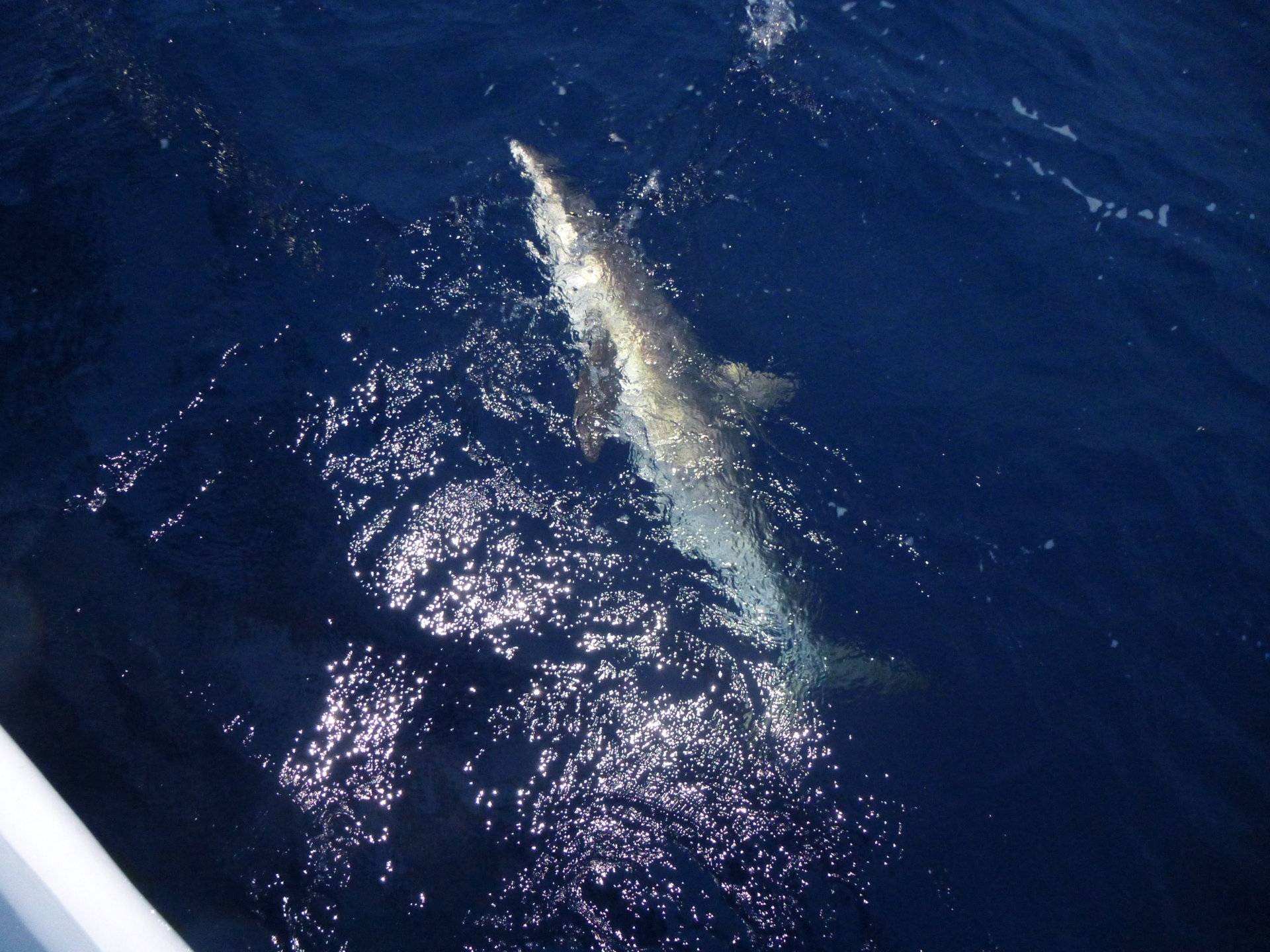 Thanks Jeff!
Toggle signature
I retired, now I have less time...

Yeah, the RP's a very good boat. Roy's a fishing machine, too. Been on her a few times, including my last trip out.
Toggle signature
Just a geek who loves tuna, yellowtail and dorado...
Upvote 0 I'm curious about that shot, too.

This is a photo of one of our medical evacuations. We are at Cedros Island, dropping the passenger off with the Mexican navy... He was flown home later that day to receive medical attention... Reports are that he has made a full recovery
Toggle signature
Tight Lines. Jeff

Grant’s UFC on the RP

3 day Fins-N-Feathers Charter on The RP