4 of us from Indiana fished Mag Bay and East Cape October 16-22. We flew into Loreto on the afternoon of Sunday, October 16 and the outfitter picked us up and drove us to Mag Bay that evening.

We fished with Magdalena Sport Fishing (https://magdalenasportfishing.com) and stayed at their island camp on Isla Magdalena. It’s a “glamping” set up -- walk-in canvass tents with 2 twin beds in each tent. It was very tranquil at the island camp. We enjoyed the scenery and the food (lots of seafood) prepared by the staff was excellent. The best part of the island camp is its close proximity to the mouth of Mag Bay and offshore fishing grounds. We maximized our fishing time offshore by staying on Isla Magdalena, and this was especially true on on the day we fished Thetis Bank which is way offshore.

We caught multiple Marlin each day. In fact, we caught Marlin when we were not even trying to catch Marlin. While fishing a buoy, one of the guys in our group hooked and landed a 120 pound Striped Marlin on a spinning rod and reel. While fishing on a school of Dorado, another guy in our group hooked a Marlin on his Shimano Teramar Rod/Tranx 300 and fought it for a couple minutes before the inevitable break off. While trolling for school size tuna with a cedar plug, we hooked and landed a Marlin on a cedar plug. Other than the Marlin we caught on the cedar plug, we caught all of our Marlin on live bait after locating tailing fish, birds or bait balls; there was no trolling involved. Further, other than the Marlin caught on the spinning rod, we caught all of our Marlin on a Shimano Talica 12 or Penn Baja Special affixed to Calstar Rods (20-50 lb. rating); it was really fun hooking and fighting fish standing up at the back of the boat. I’ve never experienced anything like that so it was the Marlin experience of a lifetime for me.

We caught all of the major pelagic species offshore of Mag Bay - Marlin, Tuna, Wahoo and Dorado. The fishing at the Thetis Bank was worth the long trip out there, as that is where we caught all of our Wahoo. There were a lot of other species out at the Thetis Bank and we actually fished some light tackle for school size tuna in the same area where we were catching Wahoo. Otherwise, we generally fished within 60 minutes of the mouth of Mag Bay.

Also, when returning from fishing in the afternoon, we also had a lot of fun fishing light tackle up against the rocks at Punta Entrada at the mouth of Mag Bay. On a couple days, we spent a couple hours at this location throwing Shimano Colt Snipers and Hookup Jigs up against the rocks, and it was almost a fish on every cast for a mixed bag of fish including small yellowtail, black skipjack tuna, barracuda, sierra, hogfish, grunt species, etc.

The outfitter fileted and vacuum packed all of our fish; we had a lot of fish to bring home.

After waking up and doing a quick three-hour fishing session on the morning of Thursday, October 20, the outfitter drove us from Mag Bay to Rancho Leonero on the East Cape; it is about a 5 Hour drive. We arrived about 4:30 PM on Thursday afternoon, and geared up for one day fishing on Friday October 21.

The fishing was awesome at Rancho Leonero, and our guide (Jorge) really put us on the fish. We bought sardines and caballitos and started the day fishing down towards Cabo Pulmo. As soon as we arrived at the spot, we had tuna breaking all around us on the sardines being chummed. We landed some nice grade yellowfin tuna, and quickly filled out our limit of Dorado by 8:30 AM. I had always wanted to catch an African Pompano and the guide thereafter took us to the lighthouse at Punta Arena fishing with a sliding sinker and live sardine set up. We caught African Pompano, Threadfin Jack, Blue Star Jack, and Barred Pargo amongst other species. As a couple guys in our group had never caught a Roosterfish, we finished the day catching a half-dozen roosterfish with our caballito bait just outside the marina at La Ribera.

Unfortunately, we had to fly back to reality on Saturday, October 22. At the airport, we reflected on the trip and counted over 20 different species of fish that we had caught on the trip. We really enjoyed ourselves on our Baja fishing safari. 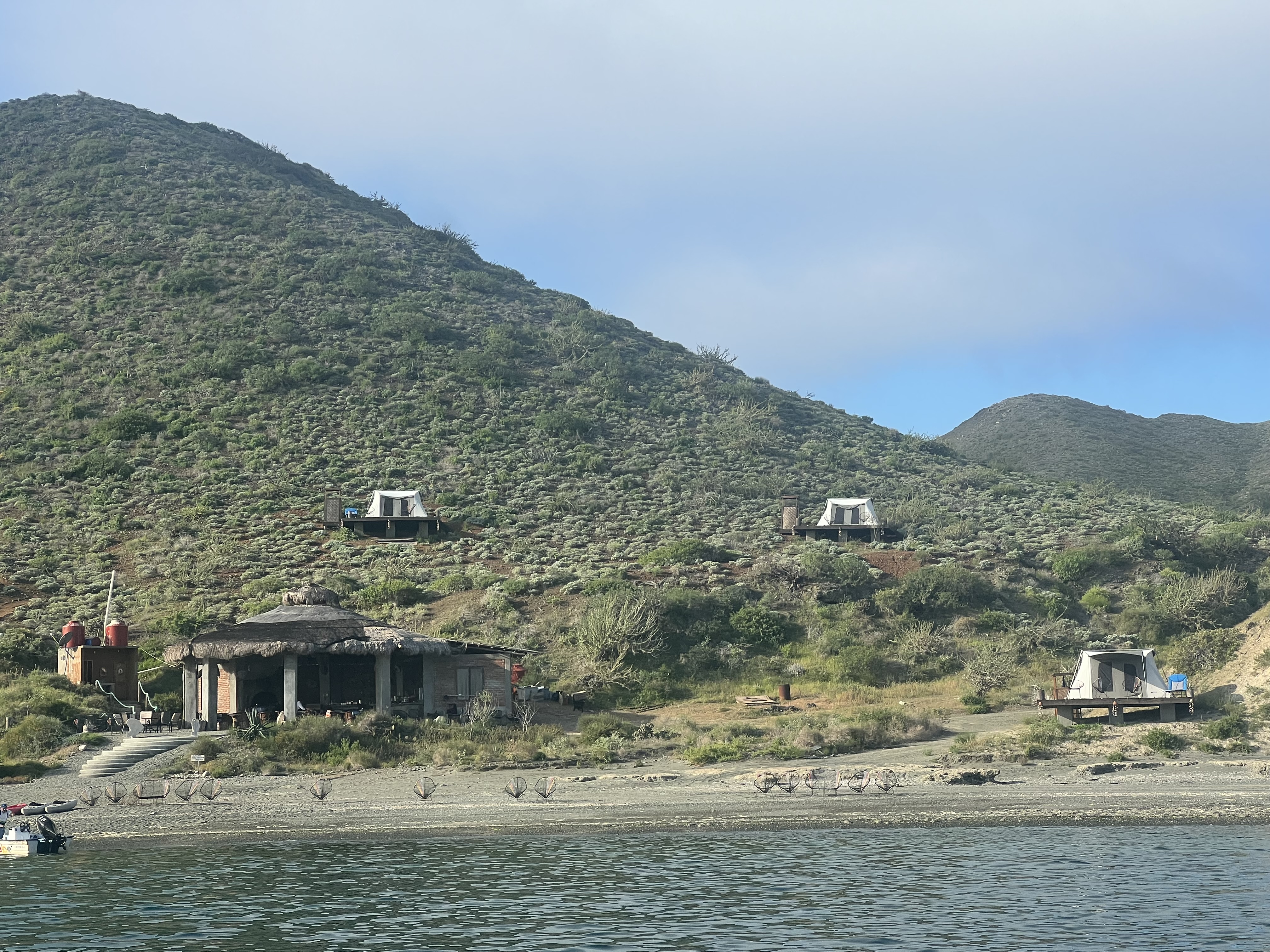 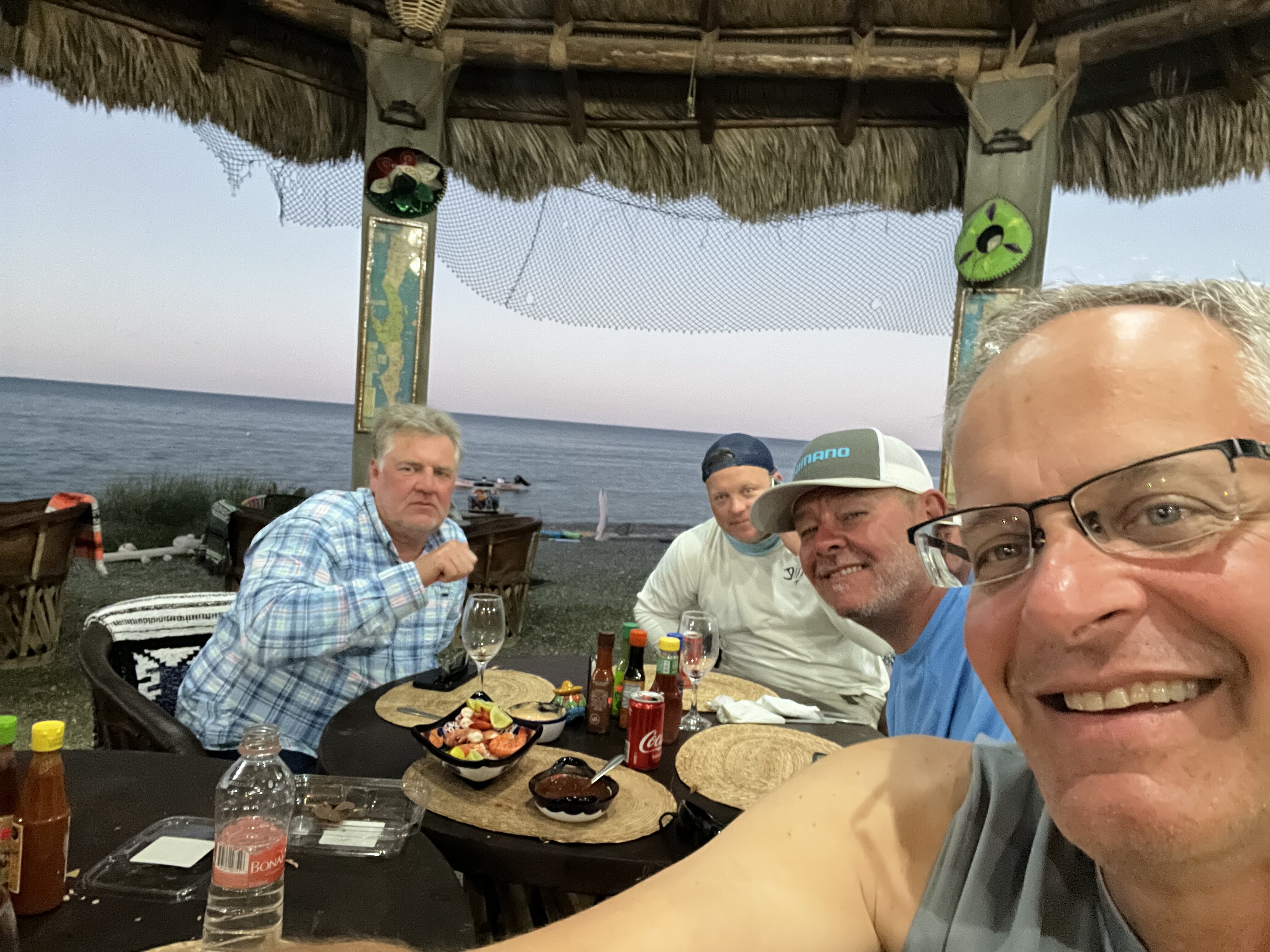 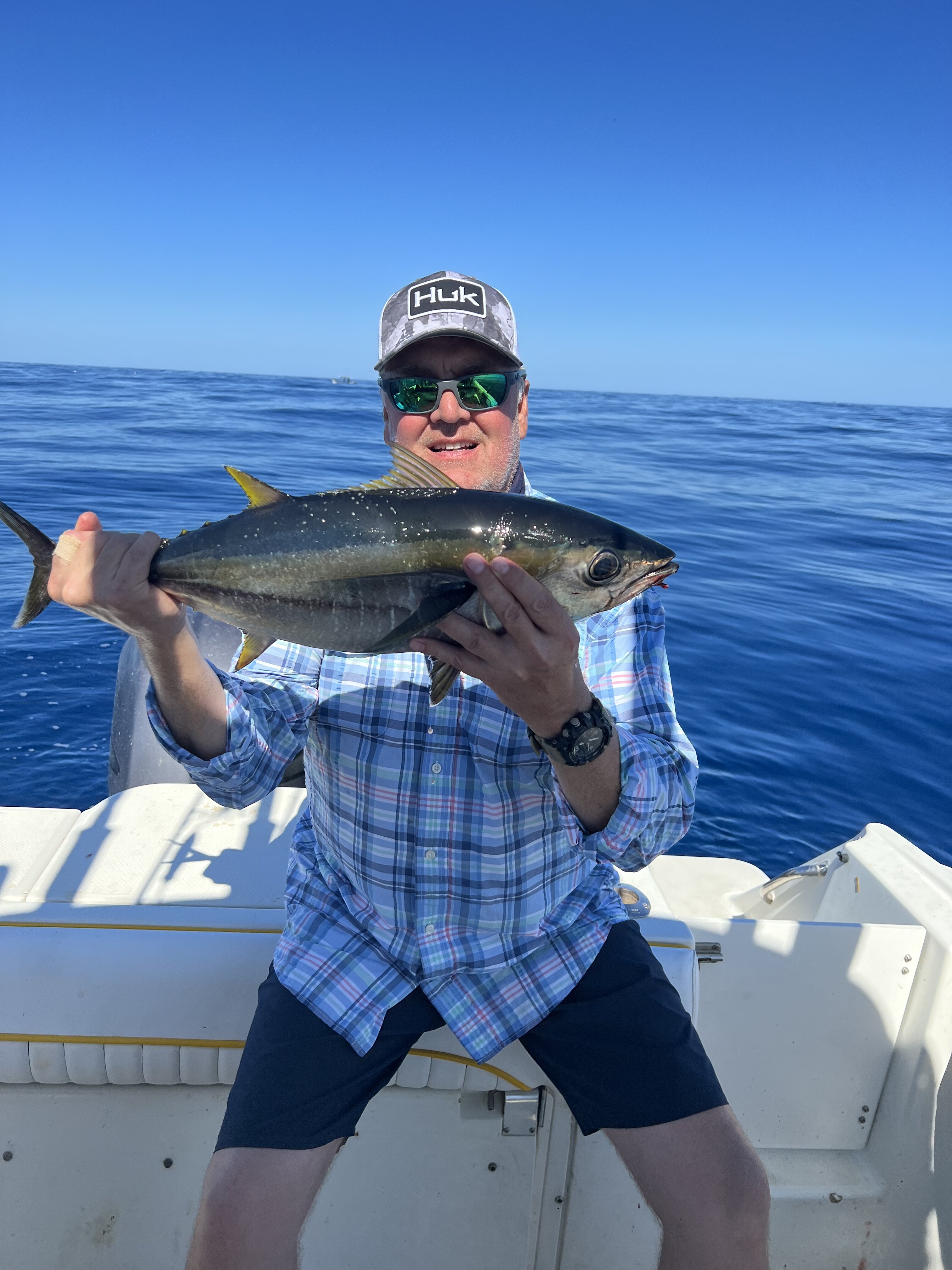 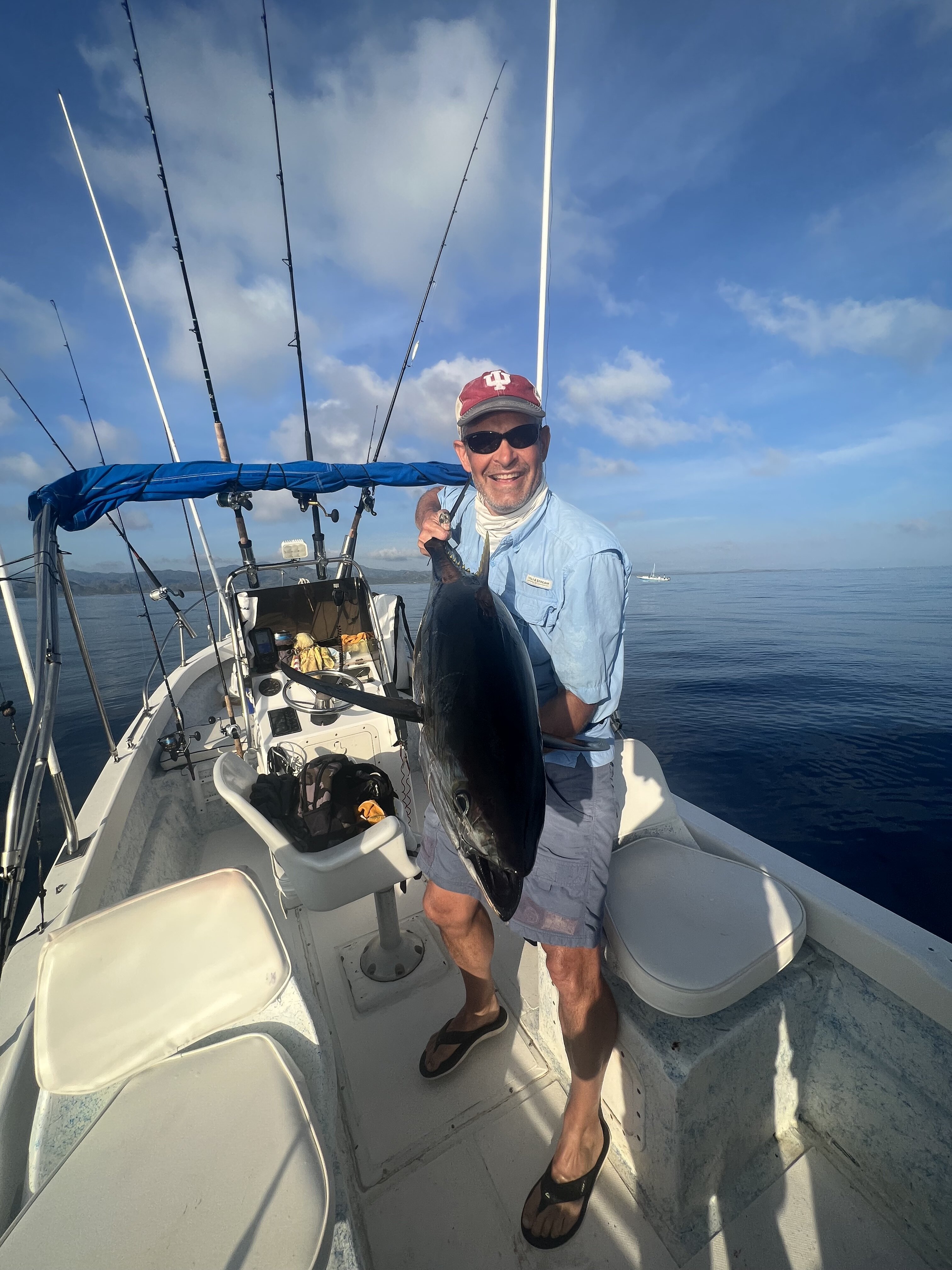 Looks like a great trip!
Toggle signature
When I was your age, Pluto was a planet.
Upvote 0

that looks like a great time had by all. thanks for the report and nice write up
Upvote 0

The fish in the photo is actually called a yellowspot trevally or island trevally, "blue star jack" is a different one

and one of the threadfins is Carangoides otrynter
Last edited: Oct 30, 2022
Toggle signature
FIN.
Upvote 0

Amazing amount of species, thanks for sharing.
Upvote 0

That is a great report, amazing pics and epic trip. Congrats!!
Upvote 0