Had such a good time with a family trip through Gordo Banks Panagas decided to do a solo session on a super panga. Eric put me with Alberto's (guy who will vacuum seal and freeze your filets down at the dock) father, Santiago. We were the first boat out of the harbor at 6am so no live bait was available but Alberto gave us a big block of squid (no charge since he was already freezing 40 lbs. of Pargo/Red Snapper for us from Tuesday, April 5th trip, see separate thread). It was $290 for the bare bones charter (supplies all tackle, gear, empty cooler with ice.)

Reached San Luis Reef area around 7am and started jigging off the bottom and within 5 minutes were into the Bonita. Unfortunately a sea lion was around and he snagged 5 of our first 6 Bonita. After about 30 minutes we moved closer in to the shore and started jigging again, putting out squid strips and chumming with squid. Caught a bunch more Bonita keeping just one big one.

Then the squid strip got nailed and immediately almost got spooled. A 50-minute battle ensued with a fat, yellowfin tuna (without a chair my back and shoulders were toast!!!). Unfortunately when we got it five feet from the boat the damn sea lion showed up and grabbed it by the belly. He took one bite and we quickly got the fish to the side, damn sea lion grabbed just behind the head and then Santiago used the club on the sea lion's head and it released!

Taped out at 54-inches and probably 80 lbs. (75 lbs. after being liberated from the sea lion.) Pics don't do justice to how fat this one was.

Continued jigging and chumming with squid but not much luck after that as sea lions were in full effect. Then when trolling back with feathers caught a bunch of black skipjacks that Santiago kept for bait for his next charter tomorrow. Back at the docks we were the only tuna, lots of boats with Bonita, one big Amberjack (40 lbs.) & one big Grouper (45 lbs.). Even though it's the slow season with cold water, tons of fish to fill up the cooler.

Kept some Bonita & Tuna for sashimi at hotel and traded on small yellowfin chunk for a huge Amberjack filet to try. Gave the rest to Alberto to vacuum seal and freeze and pick up today (he already had our cooler from the previous day.) Met him at the La Comer supermarket in San Jose del Cabo. Super easy and he did a great job of portioning out each pack with about 3 lbs. of fish and labeling each (Bonita, Tuna or Pargo.) Highly recommend! He charged $2 per pound that has to be paid in cash. He asked that I post his Instagram so anyone can connect with him, @reginadossportsfishing or use WhatsApp to his cell +52 624 171 0536 (Note, in the past I've used dry ice, but Alberto said no need since he has a deep freezer. Pulled cooler out of hotel freezer at 4pm and flew back tonight and arrived in Los Angeles at 9pm and the filets were still frozen sold, probably could have gone another 8 hours-plus with no issues.)

So that's two days of fishing with Eric through Gordo Banks Panga and both days we slayed it while all other boats came back with just a couple of fish. Can't think the community here enough for recommending him.

Super stoked to be coming home with a cooler of 5 pounds Bonita, 40 pounds Pargo & 35 pounds yellowfin tuna (gave the American Airlines agent a 2-pound packet of tuna to waive the $100 heavy bag charge!) 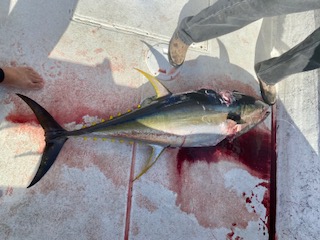 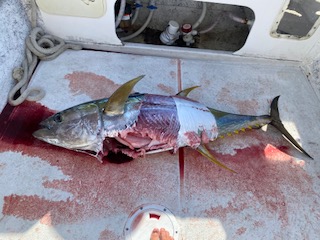 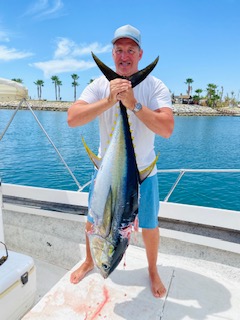 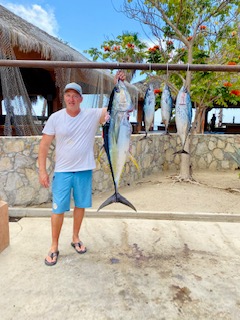 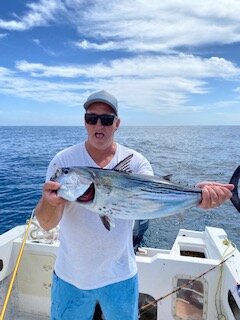 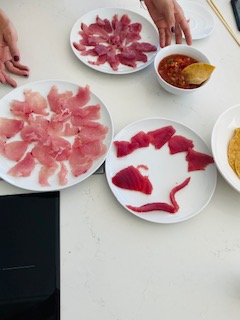 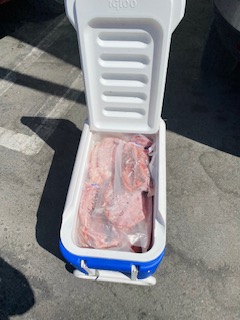 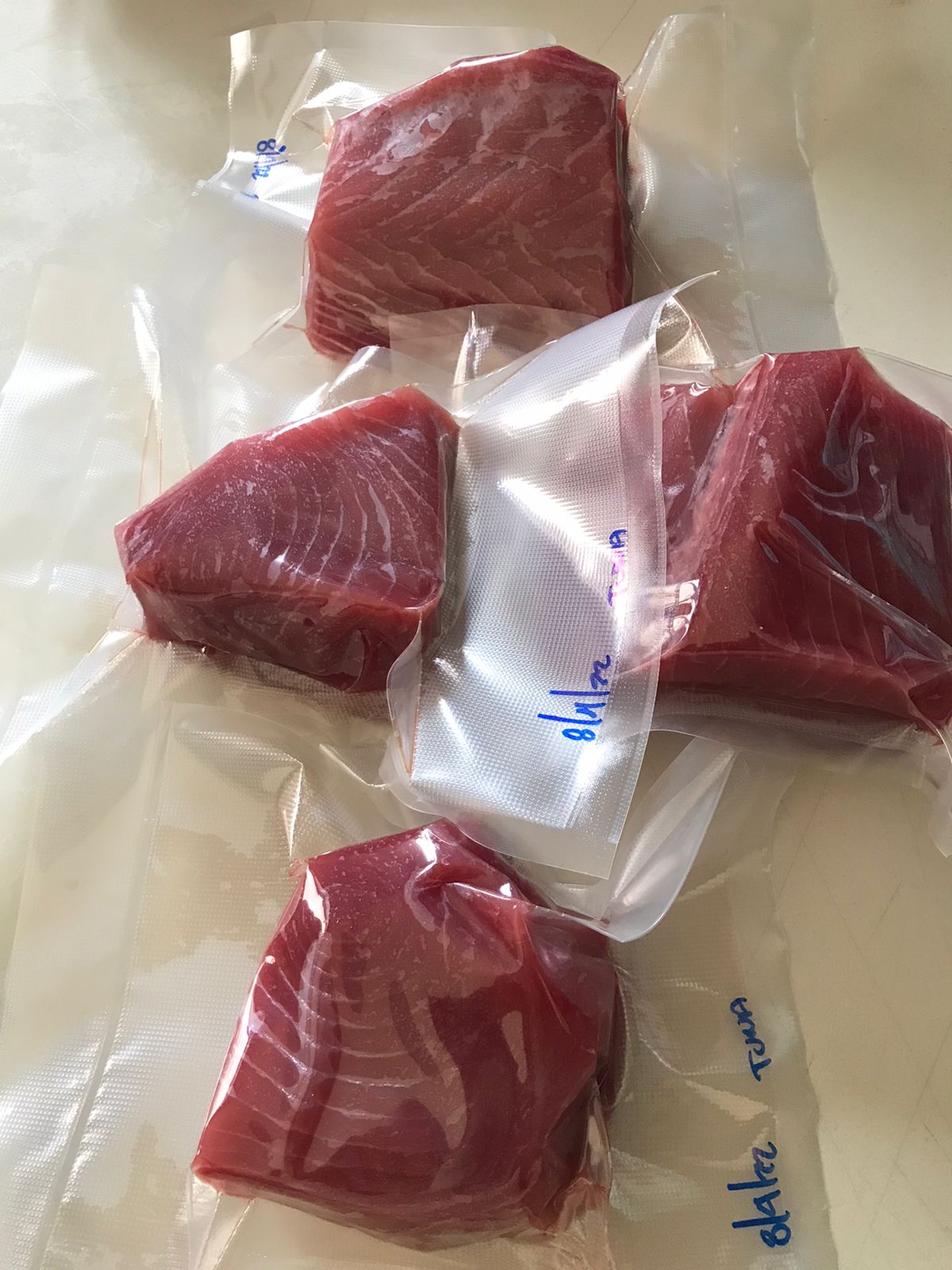 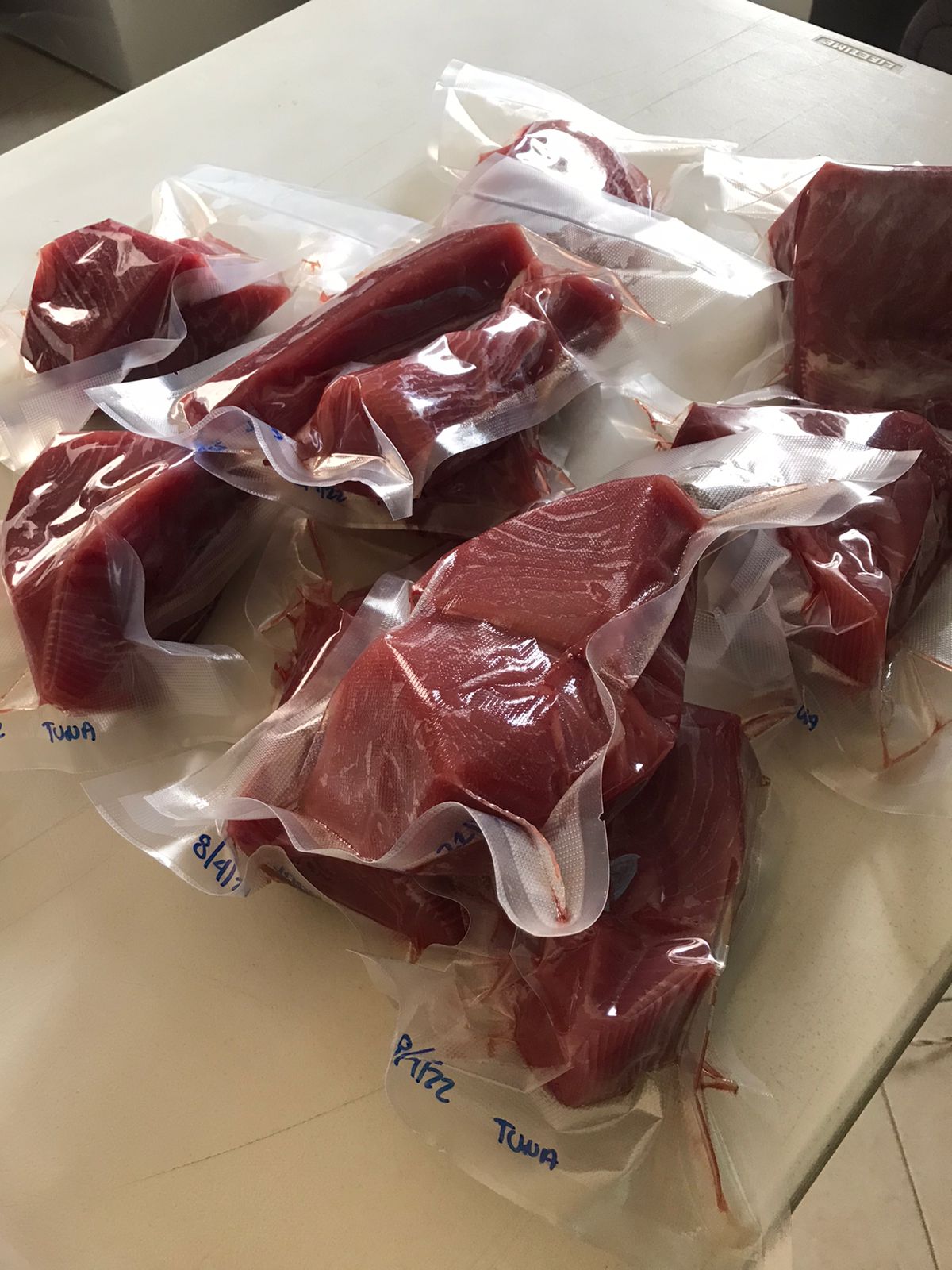 Great report/info/pics and NICE FISH. Yeah the
damn seals/sea lions are en masse everywhere
now. Out of control. At least he bit the dark
meat in the top of the tuna. Nice trip!!
Upvote 0

Those chunks look beautiful vac sealed that way!
Toggle signature
Never let the truth get in the way of a good story!

where did you get the fish vacuum packed?
Upvote 0

Great job! I was out two days ago and we were one of the boats with only a couple of bonita. We didn't have squid and waited for the live bait (cabaitos), sounds like that was a mistake. I was here a few weeks ago and got one on the squid strips but lost it to the sea lion. You scored big time with the Pargo too, that's some real good variety.
Toggle signature
"Bounty Hunter"