Wish I had an upbeat report to write on the fishing scene in Loreto. Unfortunately, it aint so!! A buddy and I fished six day with Francisco Davis on the Pajaro and had little to show for some serious effort.

Weather/Water: 95 degress most days, varying humidity. Some light rain. Lots of storm clouds. Two of six fishing days were calm enough to run outside. Made it to Mercenares once and Almejas Reef another day. Mostly south winds in the early PM. One day saw heavy north winds (weird!) Heavy rain in other places it mostly missed Loreto. Water temps were super high. 87 degrees in the morning and 89 degress at mid-day.

Bait: Worst year I have ever seen for bait. In years past we have had no trouble making bait. This year it was a near disaster. Just to guarantee we had something we bought macks from the carnaderos early in the morning. $20/15macks. Unfortunately, these macks were caught deep and could not stand up to the hot water in the bait tank, so they died early. By 5:45 they were sold out so most fishermen got nada. Making Big eyes was difficult. Most morning we scratched about 6-8 before the bite shut off.

Fishing:
Day1: Fished west side or Carmen slow trolling Big-Eye for one 12# Rooster. Trolled/Hopped for another seven hours. Ended up near Mestiza and popped off one decent Dodo.

Day2: Storm blew out the entire fleet. Worked on my tan.

Day3: Very calm. Got into a very decent YT bite at the deep hole SE of Coranado. Brought 4 nice YT to the boat between 28-38# (Very good quality fish.) Caught one 90# class Sailfish at 250ft. while retrieving bait from the bottom in 500 feet of water. (Whazzup!!!) Caught another 90# class Sailfish trolling pink feather. Missed another strike from a Billfish.

Day4: Took a long boat ride out to Mercenares (Some call it Mercenarios) Long haul - Zero fish. Stopped off at San Bruno reef on the way back in and landed a decent 20# YT.

Day5: Back at the Deep Hole. A dozen pangas pulled in a total of 2 YT, fortunately including a nice 30# YT for myself. One commercial panga, deep anchored, caught 8 nice YT and made fools out of the rest of us. These guys are the "bomb" - hand lines, dead bait, no sunglasses or shade. We tried to use the same methods but without an anchor we had no success on dead bait other than a jack and some Pintos.

Day6: Made the long run to Almejas Reef. Some baby Dodo's - caught 3, released all. Nothing else going at all. Trolled/Hopped all the way back, for one more baby Dodo. Aye, Aye, Aye!!

We talked around town and most everyone was doing the same as we were. There were a few guys who managed to scratch some decent Dorodo. No patterns or locations just blind trolling. Seemed to be best around Coronado and close to shore. NO kelp/Sargasso to be found anywhere!! IMO a very strange and messed up year. Francisco says the worst year he has ever seen. That's saying a lot. So, if you go my recommendation is to buy bait early, fish hard, and hope for the best.
Reactions: Bill Erhardt and Htnfool
Upvote 0

Thanks for your perspective. I am publishing reports for Loreto via Twitter for almost a year. Hopiing this doesn't go against the board rules but my Twitter account is: https://twitter.com/lapamela1

You'll need the 1 after my name or you'll get "film producer" that's not me.

Jeb......Sounds like Francisco did put you on some fish. If there is any panguero in Loreto who can make lemonade out of a fistful of lemons it is Francisco. This year is, and has been, the worst for fishing out of Loreto of the twelve I have lived here, although there has been a sharp decline over the past four or five. People are bringing schoolie dorado into the marina that would embarrass a fisherman in Florida. Many fishermen who live here, or who just come down for a couple of weeks in the summer, are finding someplace else to go and/or something else to do. Personally, I don't care if I never see another Wimbledon match or World Cup game......
Upvote 0 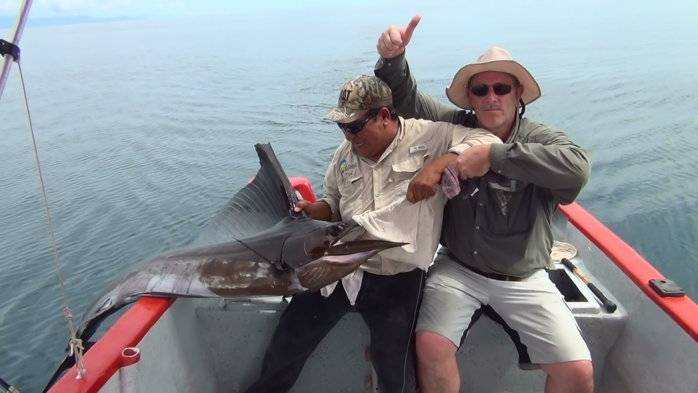 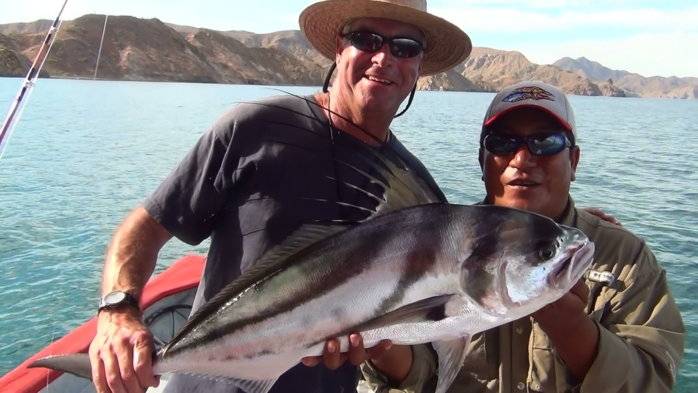 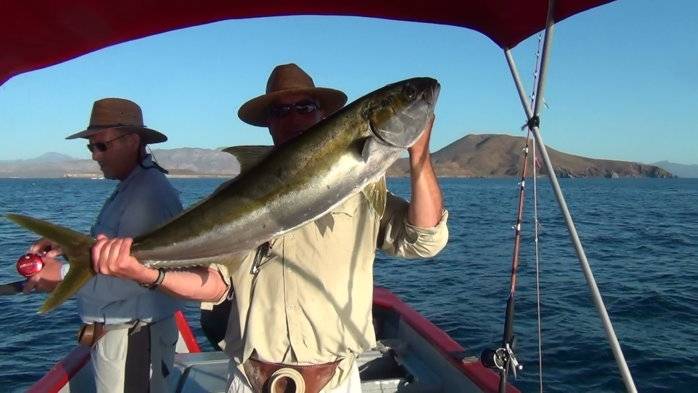 Tough year down there for sure....
Upvote 0

NOT what I wanted to hear since I will be down there from the 22-27th. Well I will keep my fingers crossed and hope for the best and leave it to the capitan ... any tips on lures I should take since bait is scarce?
Thanks
Upvote 0

I fished from July 5th to the 15th had a great time. We fished very hard, but between the bait issues (no sardines, dam purse seiners) big eye and mackerel being tough to make, unstable weather, high water temps, lack of Sargasso (I heard it broke in May) and generally a lack of fish, made it the slowest trip I have had since 2002. We were going for Dorado we hooked less fish this whole trip, then we have in years past in a day on a flies. This trips total for 10 days of fishing was 15, 2 on flies the rest blind trolling jigs or bait. The Two biggest were around 25 lbs the rest were 10lbs or smaller My hopes are that it was just one of those years. I guess time will tell
Upvote 0

More info anyone who loves fish and the sea should check out Oro de Cortez a very sad and disturbing documentary. More than likely the reason fishing is so poor this year.
Upvote 0
Show hidden low quality content