Name
Rather Be Fishing

The Yellowtail bite has been pretty good lately. Fished on the Jazive. Made mackerel just a little southeast of Coronado with the rest of the panga fleet then jumped across to the North East side of Carmen. Slow trolled macks in traditional panga skipper style. We picked up two by 10 ish then it shut off. Hopped around the island to a few spots, lots of suspended fish on the sonar, and over the high spots. Had my Mom and rest of the family, good enough for the day and headed for the marina around 2.

One thing I don't really understand is the whole dragging bait no matter what thing.
I asked the the skipper a couple of times if I could toss some gear and he wasn't really having it. I didn't push the issue cause we had a full boat with all 5 of us, but going again tomorrow and will remedy that. I brought a decent color selection of yo-yo, surface iron, snipers, hooks, etc. I'm a noob gringo, but jeez, let me throw some of my gear! The bait wasn't getting it done.

Anyways, fishing was a little off for us yesterday, but all intel from the previous few days indicated the bite had been doing great. Maybe the moon... lots of sardines around too. Did not see much action on the surface throughout the day. Still had a blast, and my daughter caught her first yellow. 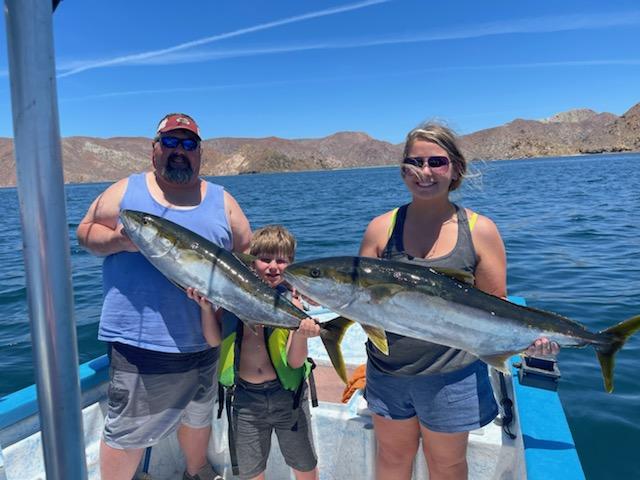 Have to agree they were less enthused about my arsenal i put together than I was excited putting it together. The YT are def there. Was there a week ago and boils all around. We trolled them on a twelve (?) oz sinker. Hopefully a better day coming. Congrats to the daughter!!
Toggle signature
Never let the truth get in the way of a good story!

I fished there a couple of years back and it was the skippers way or no way , slow troll bait or nothing , we had our jigs sticks and never once did he stop so at 10 in the morning we told him to head in and we we`re done , that afternoon we hung out at the ramp and talked to skippers as they came in and found one that wpuld allow us to fish our way so we fished with him the next 5 days and killed it , some skippers get stuck in therr old ways and I get it but nothing beats throwing iron
Reactions: Heatmaster75 and jig77
Upvote 0

Unfortunately that is the "old way" these guys used to fish.

I would make it clear to the skipper before you book that you have your own gear and want to fish your way.

It's your boat for the day, you should be able to fish how you want.
Reactions: Mateo el Flaco, Heatmaster75, yellowklr and 1 other person
Upvote 0

Ali said:
Unfortunately that is the "old way" these guys used to fish.

I would make it clear to the skipper before you book that you have your own gear and want to fish your way.

It's your boat for the day, you should be able to fish how you want.
Click to expand...

Name
Rather Be Fishing

Much better today. Grandma and the wife went up to the mission, so just the kids and I.

When we walked up they actually had a yellow/white Tady 45 tied on one of the rods! I made a big production of rigging a blue/white Salas 6x on with the whole lure twirl SD jam, and he saw all the seagar floro and he got all excited, asking if he could use some 40 and 50. He was fondling a Shimano flatfall so I tossed it in his box.

Were first to and out of the mackerel spot with a full livewell, and headed towards the same NE area of Isla Carmen. Got excited and sidetracked for a few minutes on a bird tornado above a huge pod of dolphins chowing on sardines. Made a few casts at a couple of boils with snipers and iron but no love.

Got around the corner and put the macks out with a 8-10oz sinker and 20 ft of brand new 40# flouro, and dropped. 3 minutes of dragging and bang, daughter was on, 10 seconds later I was on too. Mine spit it after a hard run, and the Daughter landed a 15 ish # model.
I hooked another about 20 minutes later, and my little dude got it to the gaff with a little help from Pops. Lots of takedown and misses later, the Daughter hooked a nice one. Didn't weigh it but it was the nicest YT I have ever witnessed.
The bite continued until about noon. Missed around 8-9 take downs, pretty good action. Boated our 4th nice model around 12:30, and there was a decent swell rolling in out of the SE, so we went off in search of boils on the sheltered side of the island. No more excitement. Water temp was 68 ish on the east side of Carmen, 74 between Carmen and the marina.

Jose our skipper was definitely more relaxed today. I think he was a little overwhelmed last trip with my 71 year old mom and my wife, and all the accompanying crap that comes with taking a family out on a boat. Then obviously a bit of a language barrier too, but overall I think he understands English pretty well. We got by pretty good with it today. 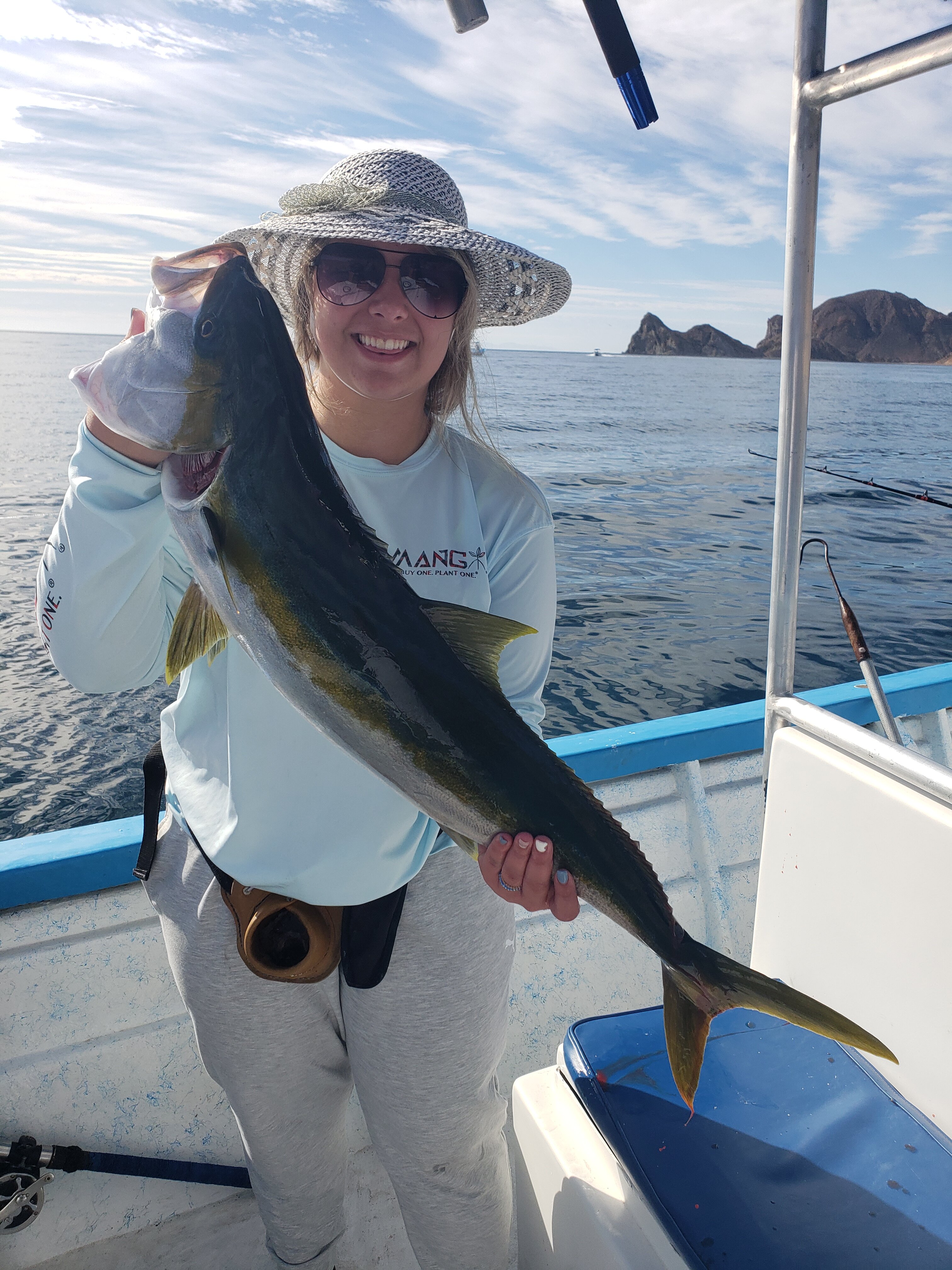 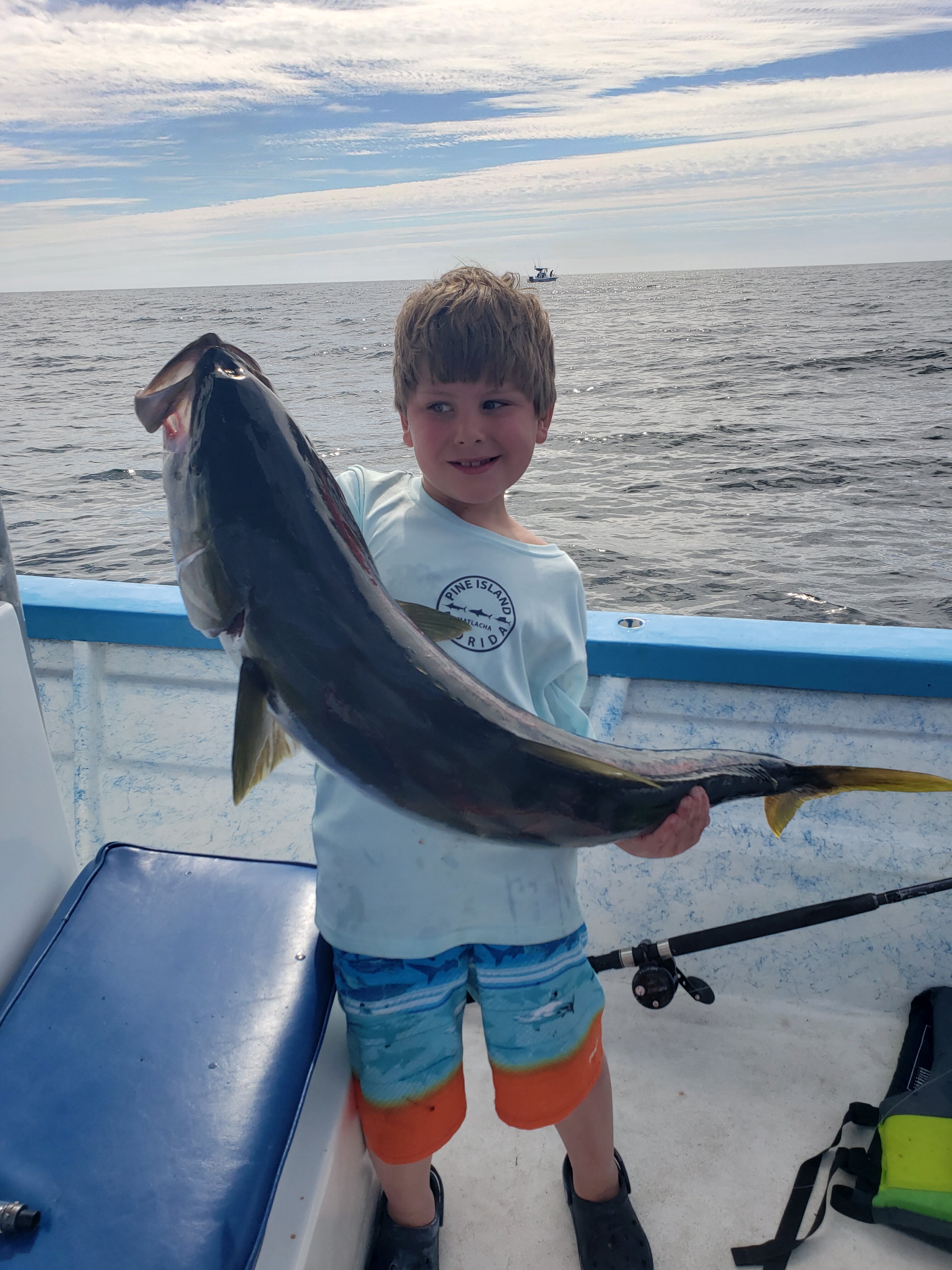 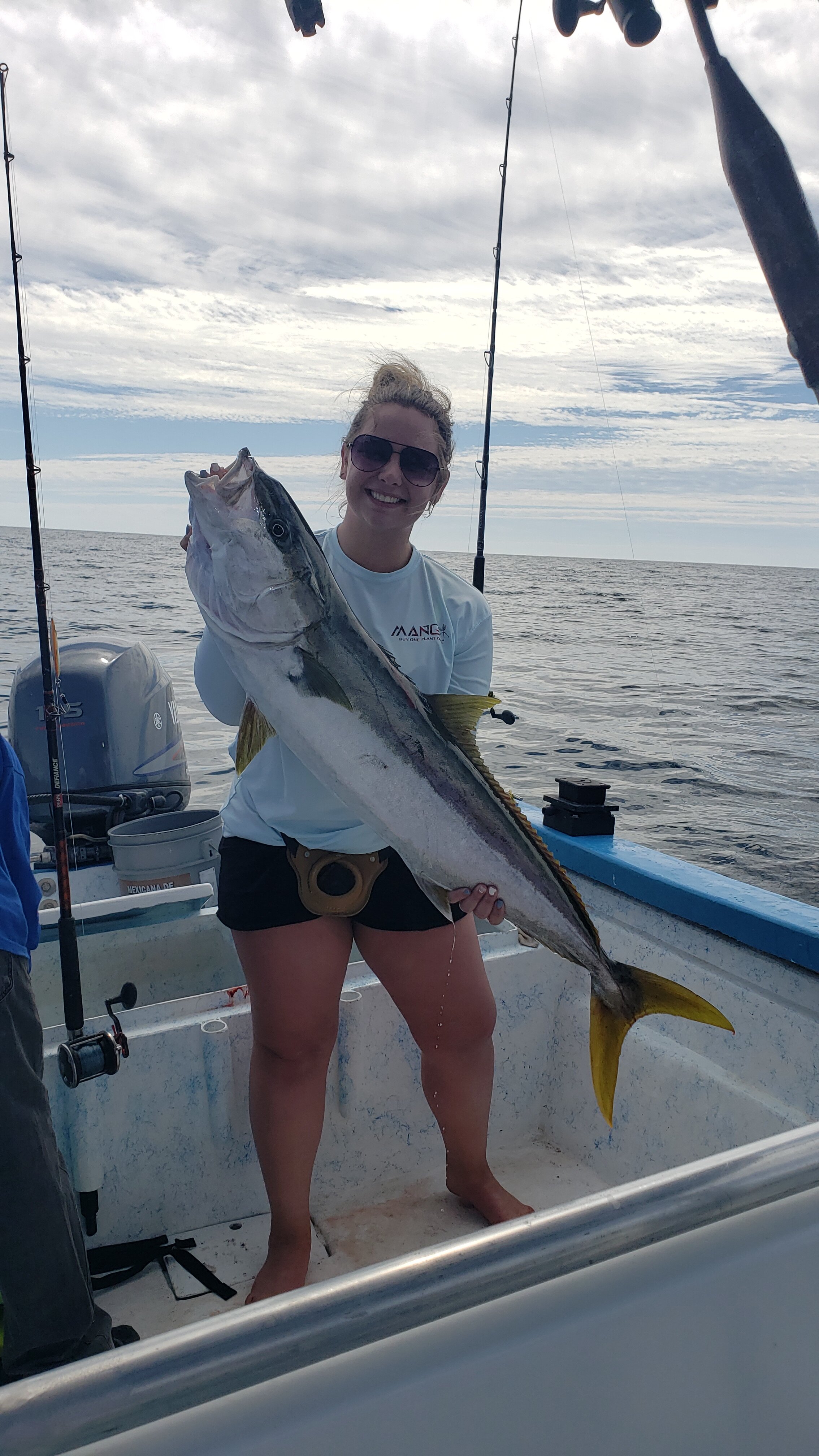 NOW THAT'S WHAT I'M TALKIN' 'BOUT!! She slayed that beast! Glad to hear it went so well!
Toggle signature
Never let the truth get in the way of a good story!