A couple from my past trip by request:

Some stuff for Getting you guys stoked for the cow trips....

15 days to go....you guys are killin me.
Toggle signature
"There are not enough horses, Ingles."
Upvote 0 Downvote

4x getting a bend

dad and I
Toggle signature

Here are a few

Toggle signature
Sometimes I wish i was a bird so I could fly over some people, and shit on their head.
Reactions: Seabass 5300
Upvote 0 Downvote

Toggle signature
Sometimes I wish i was a bird so I could fly over some people, and shit on their head.
Upvote 0 Downvote

just some pics from the ol' library

I ran across this photo online.. I don't know who took it, but it is pretty cool.. huge sickles.. How would you like to see that jumping onto your kite bait ??

Holi-e-Mackeral said:
I ran across this photo online.. I don't know who took it, but it is pretty cool.. huge sickles..

No kidding about those sickles Jeff, those are HUGE!
Toggle signature

Great shot, one or two more lifts and he is yours....

Some BSB back when it was OK - actually I believe it still is in Mexican waters, but now we know better.

A 284# caught on AA 5 dayer at the Big Isl. near South Rock while anchored up for BFT. Was very slow, so my bud dropped 1/2 a whitefish on a dropper loop.
All 3 pictured here pulled on this guy - Vince (AA crewman who anchored the team) in the middle. 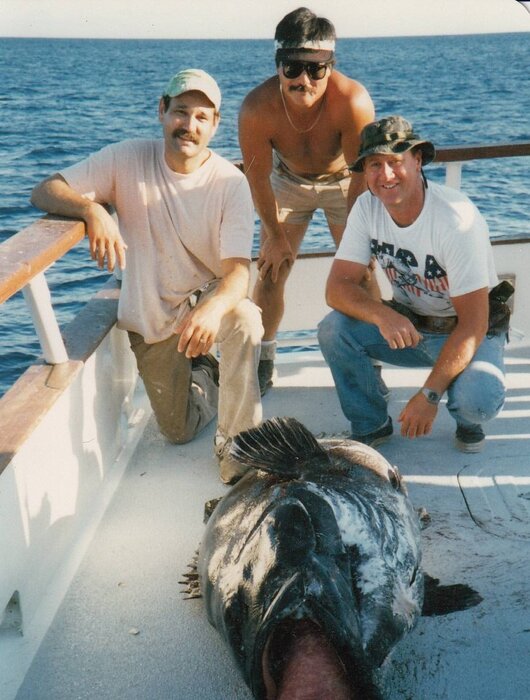 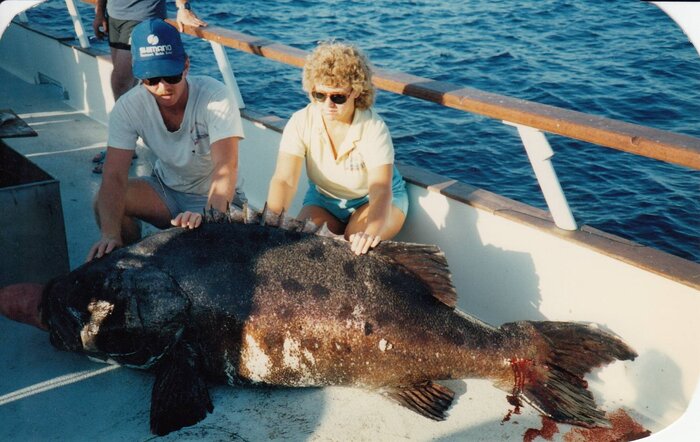 AA again - 10 dayer. Up all night for a 3 BSB effort on the Ridge. Maybe '91. Dane (long time AA crew member) assiting
with what we guessed about a 200#er.
10 minutes later hung a wahoo on the mornings the 'first light' troll. Hit the rack soon after. 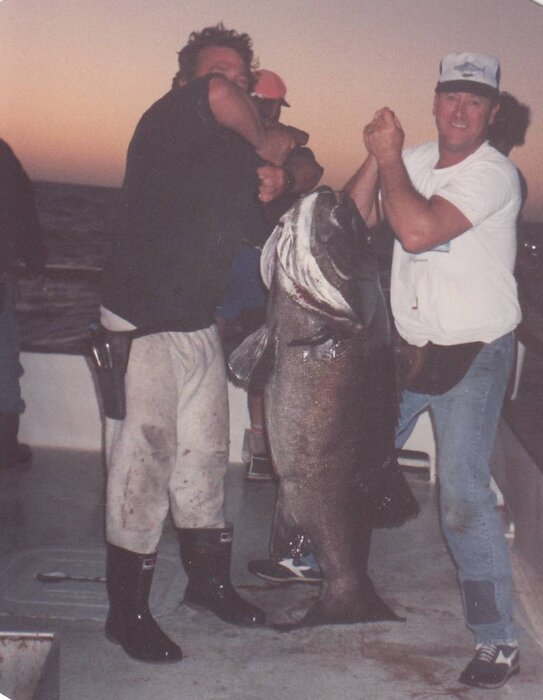 Last one, Polaris Supreme - 10 day- about '92. Mark Halsome (sp.) skipper. This one went well over 200#.
Gave it to the crew, since right after landing it, Mark got on intercom and announced
"BSB are not allowed in the jack pot". Soon after the announcment another angler siddled up to me and said
in a low voice, but just about load enough for all nearby to hear, "You know, you just got screwed don't you?".
There was no discussion of this omission pror to the catch nor was that common at the time.
What was becoming common practice was that bottom fish, if not allowed in 1st place, could take 2nd, but no worries.
Turns out a whopper 92# wahoo caught earlier on won the JP. All fun stuff. 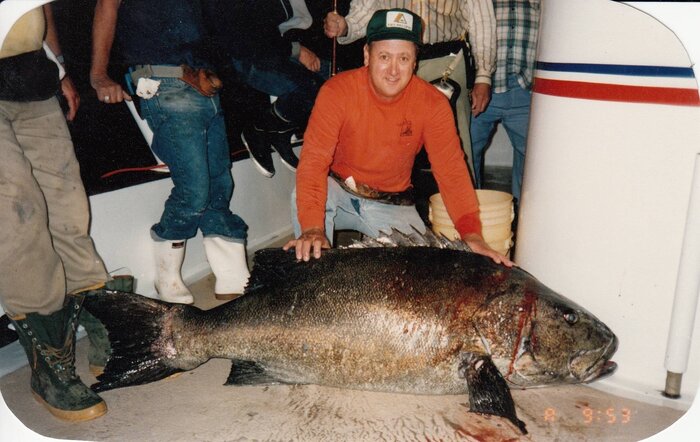 Lets see your favorite landscape photo from a trip

Happy New Year... Who is getting ready to go Long Range Fishing 2020 style