So Steve and I went out of Long Beach again today to check out some new potential waypoints. Fishing was secondary, but we still managed to pull on a few. We took the Rocket Sled—Steve’s Montauk 17 with an Etec 90 on it.

Temps were a constant 58 degrees and the wind was a steady west 10 all day which was pretty much the forecast. No idea about current as the breeze was in charge today and we were never near kelp. Water was dirty.

We hit Izors for a half dozen or so mixed bass. From there we tried some new shallow water spots for good quantity but they were dinks.

Then we hit deeper water and found the bigguns, mostly on the bottom, though a few bit deep on the drop. They were not high in the column like last week. We got a few at 3#, one at 4#, one at 5# and one at 6#. All sandies. Biggest calico maybe ran 2.5#.

Then I hooked Big Moe. I felt the line go tight on the retrieve, so I wound down on him and the (one sided) fight was on. I got him up off the bottom maybe 10’, and he started fighting me to a standstill. Then he just plain got annoyed and swam away with me unable to do anything but watch my spool unwind the 15# Pline. Then bink. He rocked me. We were thinking BSB.

We finished at Izors for a few more then called it a day at 1:00 with 36 bass plus a sculpin and a 3# rockfish. Not a bad day considering structure scanning new waypoints was our first priority. Speaking of structure scanning. Once you learn to read those damn contraptions, finding structure is a piece of cake. It’s almost cheating. As usual, all fish were suckered by my Kman Special hand pours including Big Moe, who is no doubt swimming around right now with one hanging from his lip.

We didn’t sink the boat or get arrested or towed. It was another great day on the water with good company. Thanks for driving Steve. My (new and improved) sled will be ready for the next few trips.

All fish were released to fight another day except for the rockfish. Slow grinding along the bottom was the hot tip today.

My day got even better when Cory texted me, offering up some fresh BFT which I boiled on. Thanks Cory! 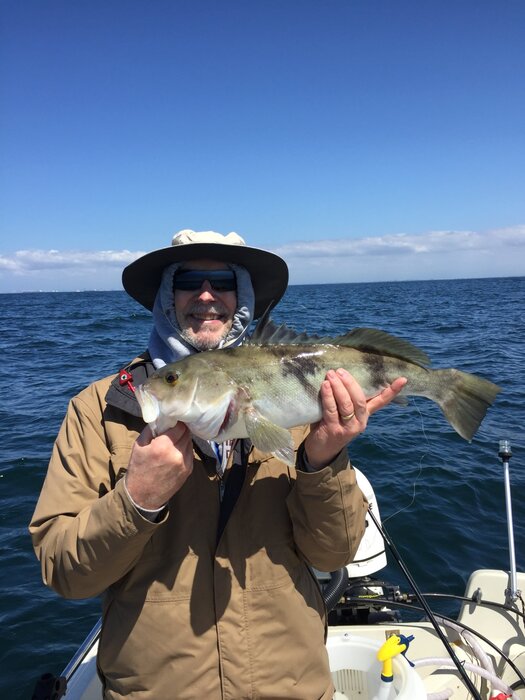 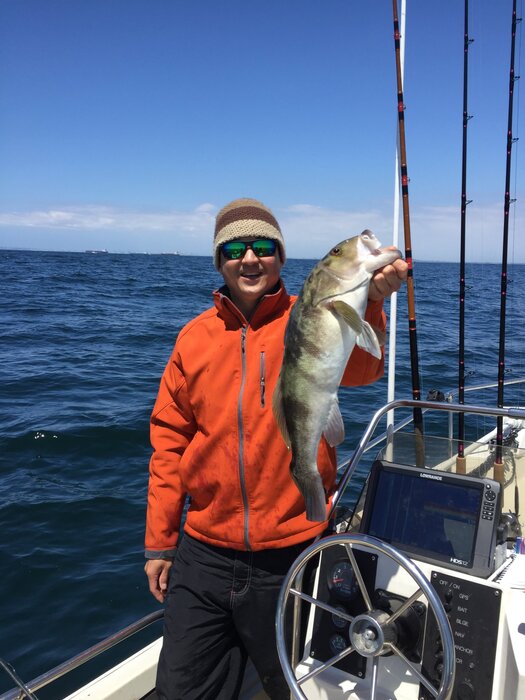 Good on you for throwing back some nice fish; rewarded with some of Cory's BF. Good Deal!

Right on Kurt, glad you found some new stones with some big Grumpy's on them, always a thrill! Congrats on the 6 pound big boy and bummer on losing big moe, but 15 pound is a miracle shot at best?
Expand signature
Thanks for your report. Hook up! Cory
S

i may bring a noodle rod next time....
Expand signature
-steve

Good times! Thanks for the report.
Expand signature
poles are for strippers!

that HDS12 though.... damn thing is like the size of a laptop.
Expand signature

vincentek9 said:
that HDS12 though.... damn thing is like the size of a laptop.
Click to expand...

yes I debated about this before the purchase.... it was recommended to buy as much screen as possible. even contemplated buying a 7 or a 9 to put the chart on.
Expand signature
-steve
N

How do you learn how to read the structure scan?
S

I am using side/structure to find variances in the bottom. hard vs soft. hard areas in soft...

it reads similar to your standard up and down but now it will help facilitate which side of the boat the “area” is on.