Sorry for the late report. Been busy, and now that we are up in Tahoe for a short vacation I finally got a chance to write the report. We headed out earlier this week to target sturgeon. This was Greyson’s second sturgeon trip ever. His first strip was for the Flash Catch and Release Derby 2 years ago. We caught a nice 56 inch fish that trip. When we released it Greyson wanted to know why? He was 6 and ½ years old then. I tried explaining how a catch and release derby works. His words to me “I don’t want to fish catch and release again. You didn’t win any money and we didn’t have any fish to eat.” Well, for the last 2 years any time there has been talk of sturgeon he brings up the one I made him let go. 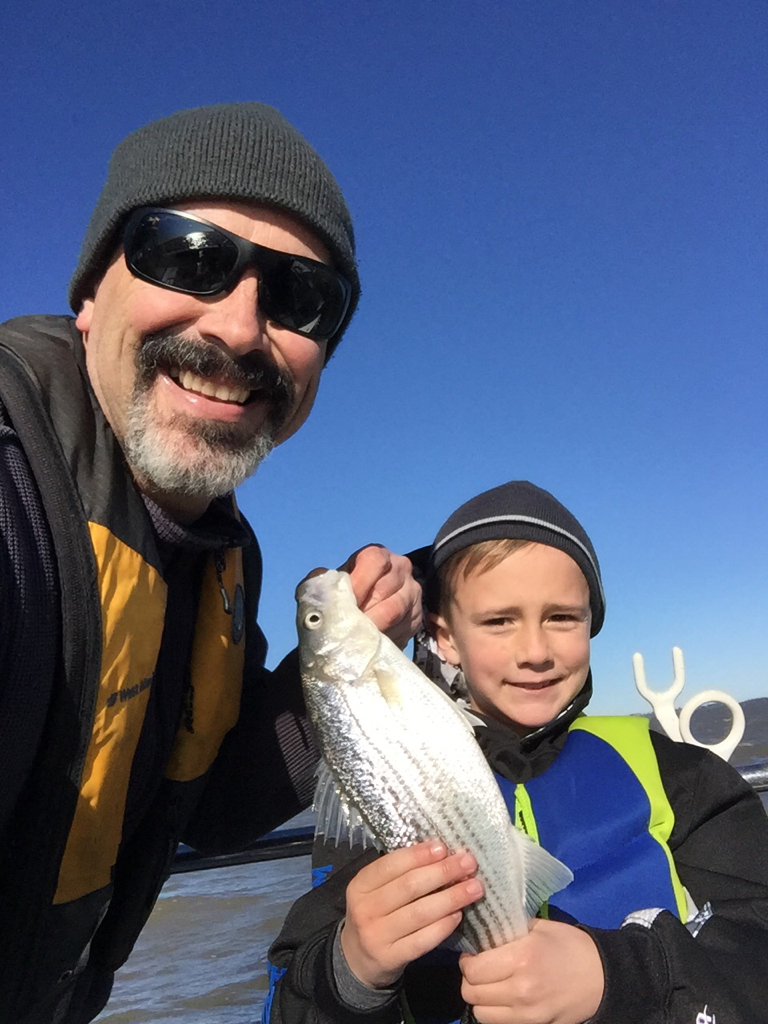 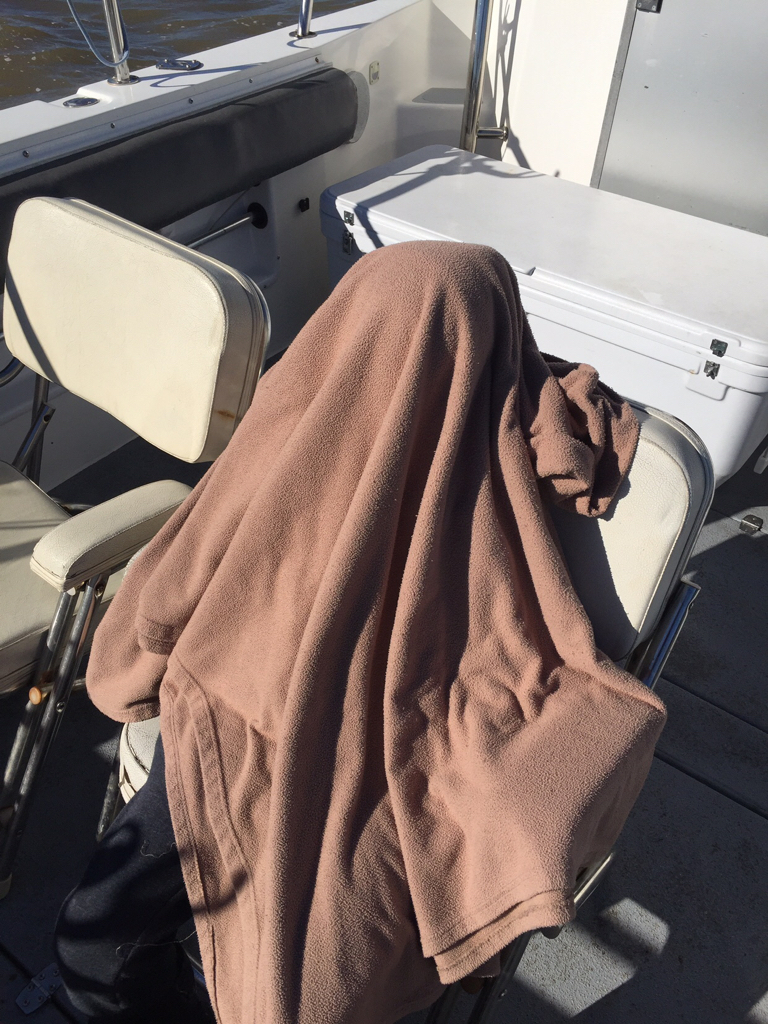 I was hoping we might have some luck on our side as we headed out about 8a.m. Stopped by Loch Lomond for some really nice looking grass shrimp and ghost shrimp. Excellent service and bait. I have not been there I years, but nothing has changed. Always friendly and cordial. We set up shop near the pump house, and finished up the rest of the incoming tide. We had two baby stripers to show for our early morning efforts which were quickly released. “Well at least we caught something today” Greyson said. But, his goal was still to catch a sturgeon.


At the start of the outgo we made a move about 200 yards west and dropped the anchor. We set the rods back up. About 1:30p.m. I saw one of the rods take some small pumps. I reached for it and on the third nibble I swung back to set the hook. At first if felt like nothing, and then I felt a few tiny vibrations. I called Greyson over to start reeling the fish in. If felt pretty light and I figured it was another baby striper. As he was reeling in the line I noticed it was no longer straight back, but was going up current along the right side. All of a sudden, the fish turned, and then woke up and started to run. Greyson went from easily reeling it in to not being able to gain any line on the fish. We worked together as a team with him reeling and me holding the rod. Slowly we got the fish to the boat, and after a quick net job by the captain we landed this nice looking fish. It looked very fat for its size, and I knew it was going to be a close call. Greyson kept hoping for a keeper. After measuring several times it was official, 41 inches and probably 20-30lbs. We decided to burn a tag on this fish (my first in over 4 years). After a nice celebration including a little sturgeon dance by Greyson and I we decided to call it a day and head back home. 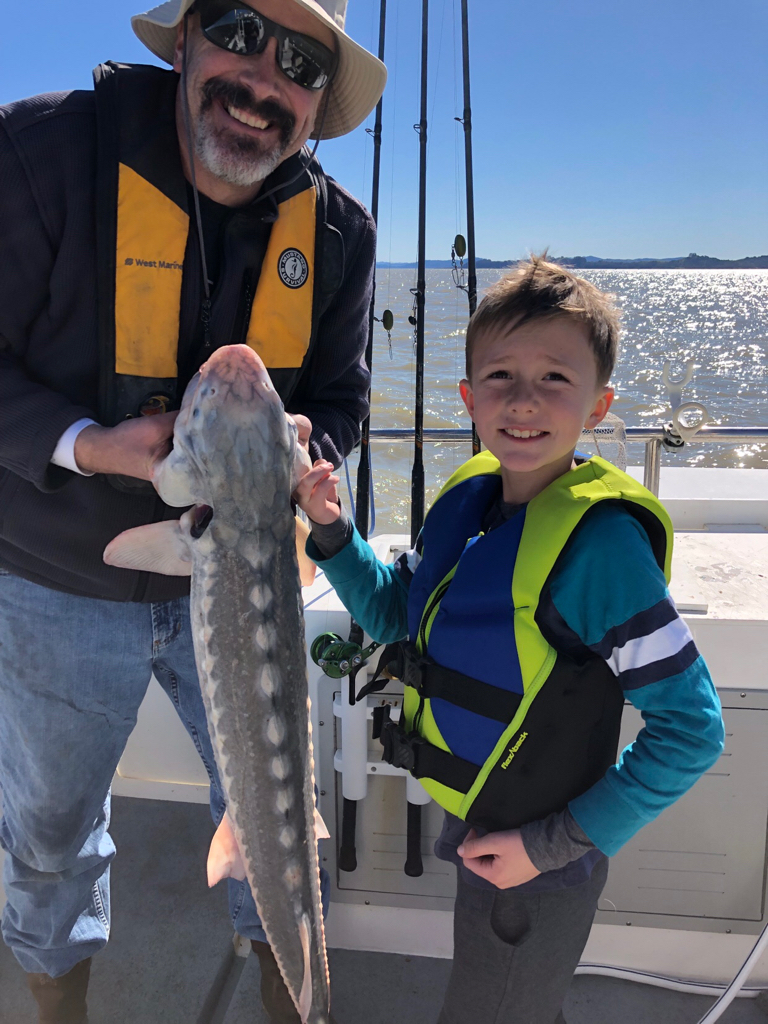 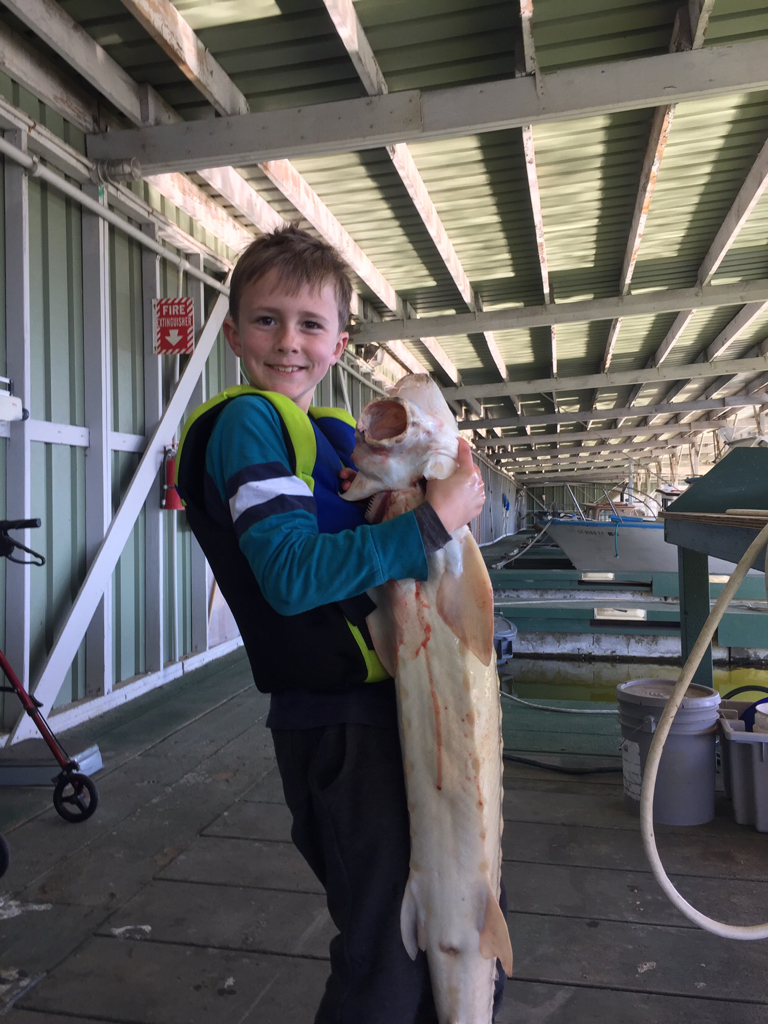 Made a quick pit stop for our little traditional celebration of frozen treats. 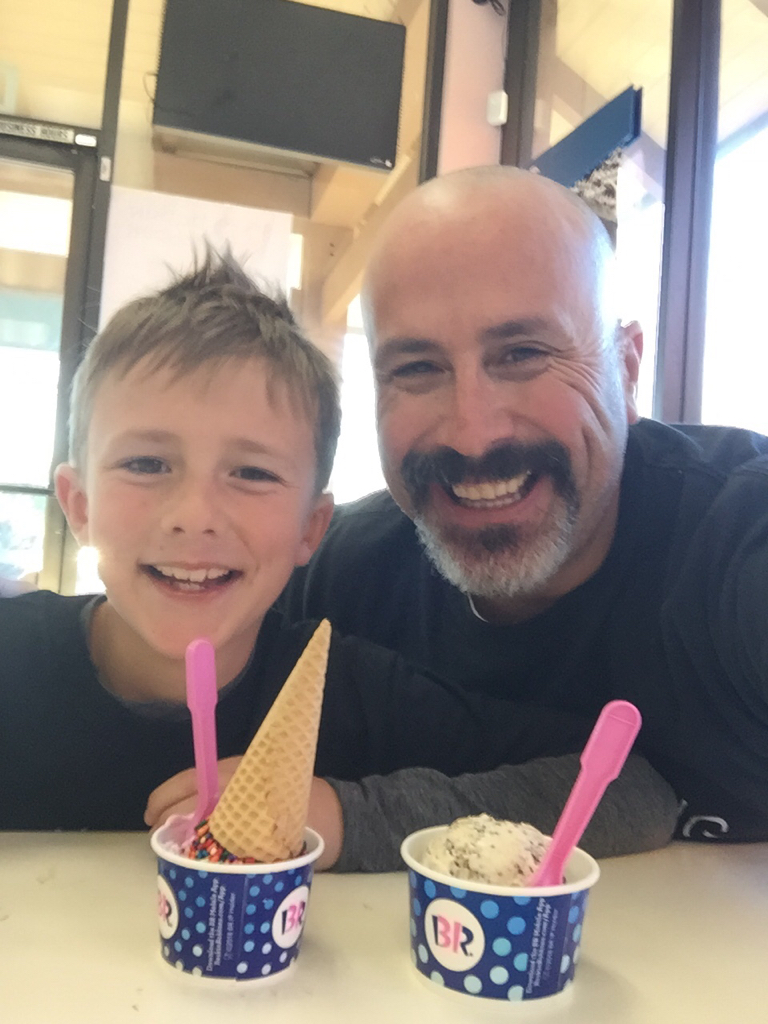 Overall an awesome day on the water with my boy again. The smile on his face says it all. Can’t wait for our next fishing adventure.

The weather was clear with some wind, but not bad all around.


Greyson is now two for two on sturgeon trips.

wow, how deep is it here?

Good job Dad & Greyson. The young fishing buddy that bought my Outrage just hooked up a keeper for his 8 year old son too. Good to see them memories being made.
Upvote 0

Very nice taking my boy Saturday hopefully he gets his first keeper. Grayson your the man 2 for 2 my son is 24 and been many times never a keeper.
Upvote 0