This report covers a 1.75 day trip on the New Lo-An. The boat left on Monday 11/22 at 10 AM. The main objective was Tanner bank for some day time and night time BFT fishing.

*** Tuesday Early AM – 8:30 PM ***
We got to Tanner around midnight and caught a few fish on jigs until about 6:00 AM. I fished a 350 gram glow in the dark flat fall and did not get bit. The BFT were typically between 150’ and 450’ beneath the boat. Those that were landed were mainly landed on slender “knife” jigs – the kinds popular now that about 10 – 20” long and about an inch wide. I’m not sure if there was a difference between glow vs. non-glow. But, the BFT that were caught were typically caught on that style of jig. I don’t believe anyone was fishing a sardine and sinker rig. Most of the fish caught were around 12-15 lbs. There were some larger marks. But, the only fish of any size was an approximate 80 lb. BFT that a guy caught on one of those “knife” style jigs with glow bands on it.

As grey light approached, the fish moved closer to the surface. We generally switched to flylined baits and sinker rigs around 6-6:30 AM and stayed with that approach until about 11:30 AM. Between sunrise and about 11:00 AM, most fish were caught on nose or belly-hooked sardines. Guys were using 20 – 30 lb. line with hooks as small as Size 4. I wasn’t getting bit so switched from 25 lb to 20 lb (fluoro) with a size 4 mustad ringed flyliner hook. I cut off the ring to make it less visible. I got bit twice on 20 lb, landed both fish – each around 13 lbs. I had several other soft bites, where the BFT would not aggressively swallow the bait. I came back with three raked baits. A third fish I hooked into (but lost) took the bait but swam only slowly with it. Felt odd…put my reel into gear and it came tight. That one was on a long soak. I set up a sinker rig with a sardine a couple of times and worked the water column down to the bottom, but did not hook up.

The BFT were not very committal in terms of taking hooked baits. The captain reported numerous signs of fish all around the boat, but they were not biting well. I think the final total was 43 BFT for 25 people. The fish were there, and bit ok from about 6:00 – 9:30, but the bit died drastically after that, which was also about the time the current went from ripping to sort of dead.

At 11:30 the anchor was pulled and the non-biting fish were left behind. Other boats in the area, including the PQ and I think the American Angler left an hour or two earlier in search of biting fish. We went to some other spots on and off the bank in search of better-biting fish. We did a couple drifts for rock cod in an area where a few BFT were marked. The BFT would not stay with the boat or bite. The bottom fishing resulted in a Whitefish around 5 lbs and various decent-sized rockfish. Word was that other boats in the area didn’t find many biting fish. We searched the area for biting fished until about 8:30 PM. Good effort. The BFT had moved off someplace else.

So, overall, pretty scratching fishing and most of the biting BFT were small ones. Dropping down to 20 lb. line and a size 2 or 4 hook seemed to help. If I had 15 lb. line, I wouldn’t have hesitated to use it given the grade of fish. The weather was absolutely perfect. Couldn’t ask for better weather, especially after this season, which has seen its share of pretty sloppy conditions almost the entire year. 25 passengers on the NLA was very fishable, with spare bunk space.

*** Bait ***
4-5” sardines. Good quality and lasted well given the seas were rough and the bait didn’t have a chance to get beat-up in the wells. We had a minute or two to net some squid Tuesday morning about 5:45 AM but the squid came and went quick. If you’re going to be in the Tanner bank area, have your net ready. The BFT coming over the rails Tuesday morning were filled with fresh squid in their stomachs. Would have been a good bait to use if live squid were available.

*** Weather ***
Relatively the same both days. Winds out of the West, or East, at about 5 kts or less. Partly to mostly sunny, temps in the 60’s to lower 70’s. Seas 1-2’ out at Tanner during mid-day Tuesday. Otherwise, seas were generally flat in some areas to about 1’ in others.

*** Food ***
The food was really good. I didn’t expect prepared meals for a 1.75 day trip but each meal was worth the wait. Raul has some skills.

*** Other Notes ***
The Crew, Captain and Passengers
- The captain and crew did a great job fishing as hard as possible and giving us every opportunity to fish out each day and evening. I’ll be back.

*** Knots ***
Bimini to worm knot for all spectra-to-mono connections.
Loop-to-loop connection for all bimini / wind-on connections.
Palomar knot for any line less than 40 lb. spangler or crimps for anything larger. 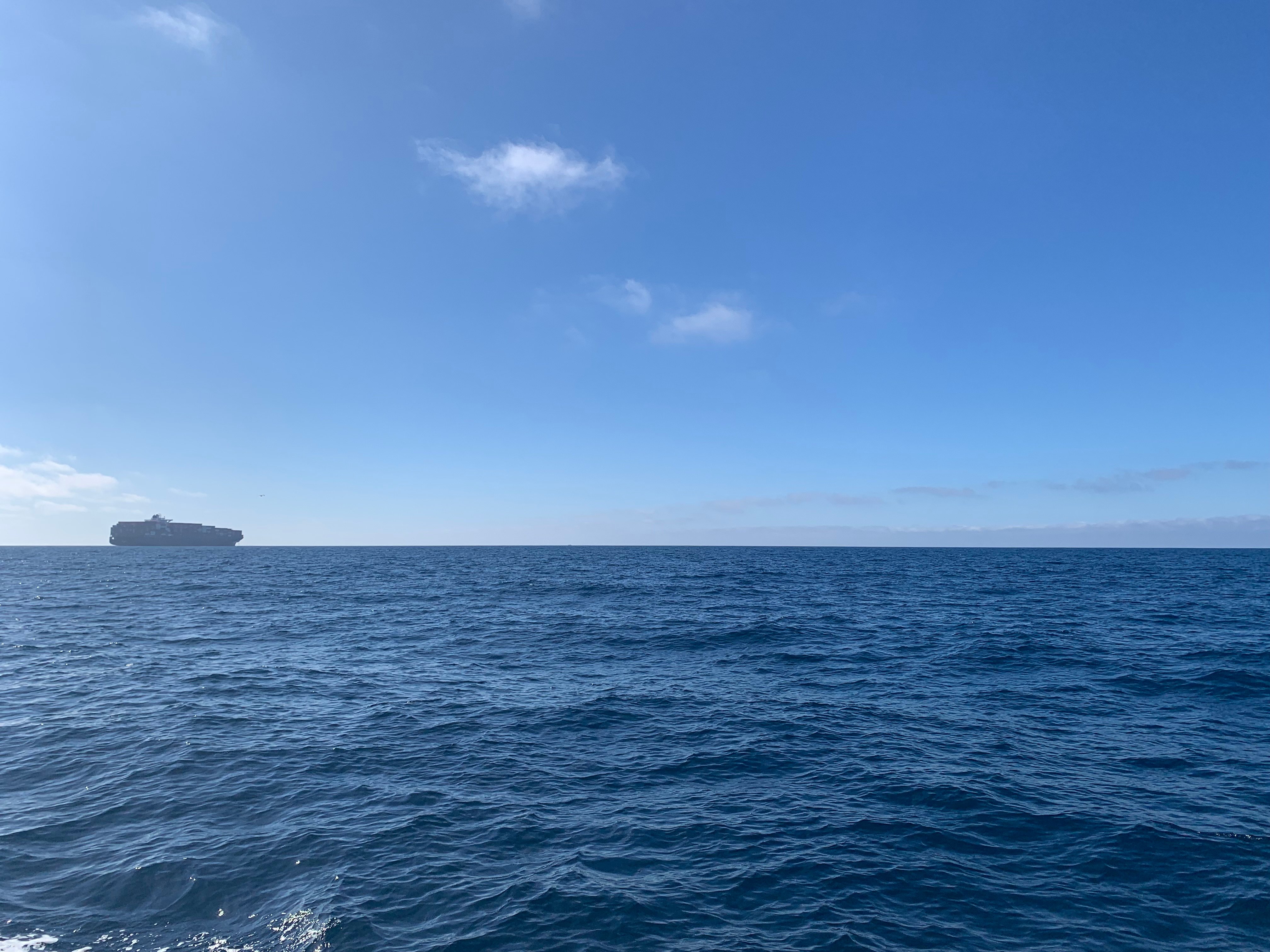 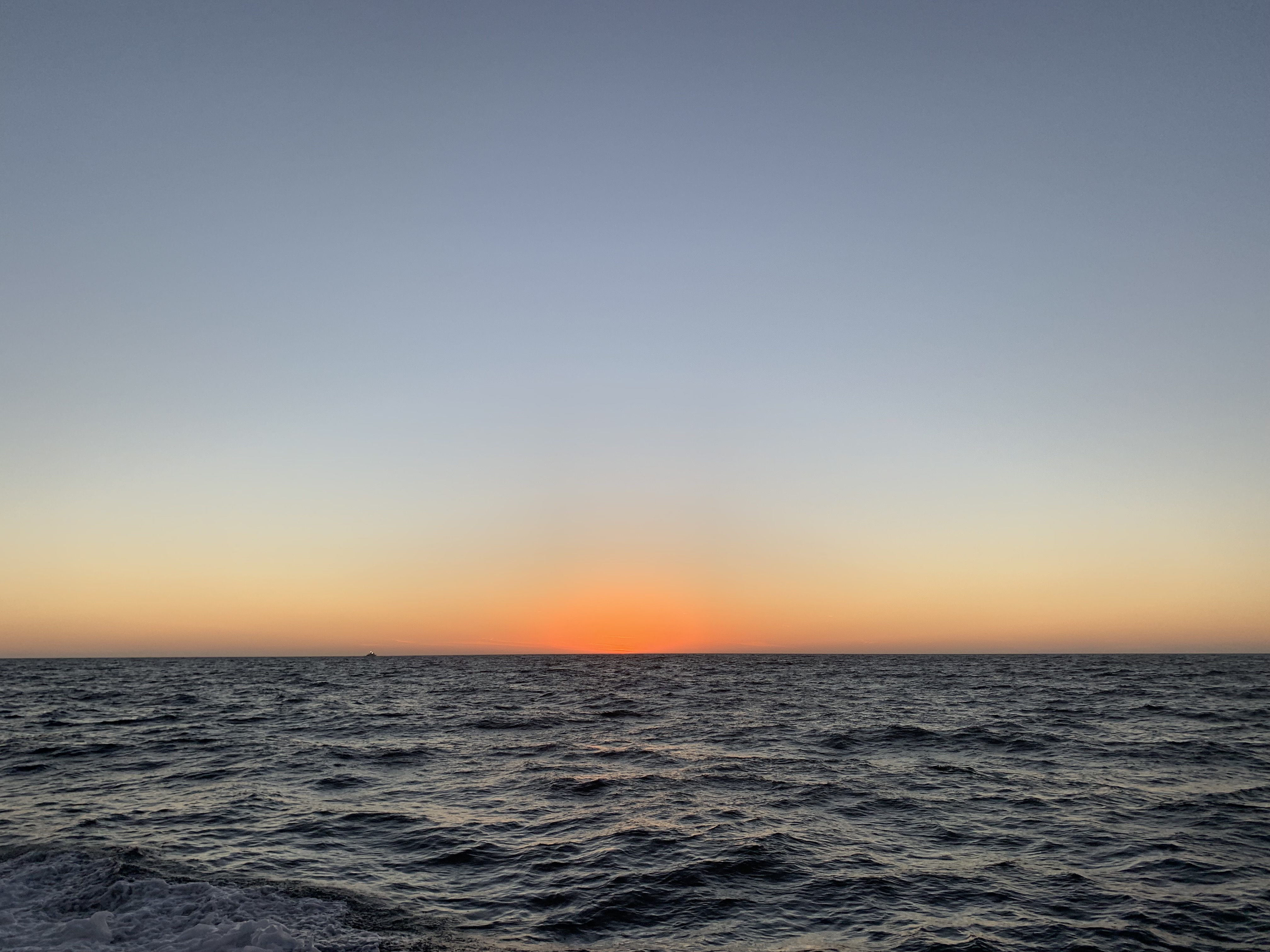 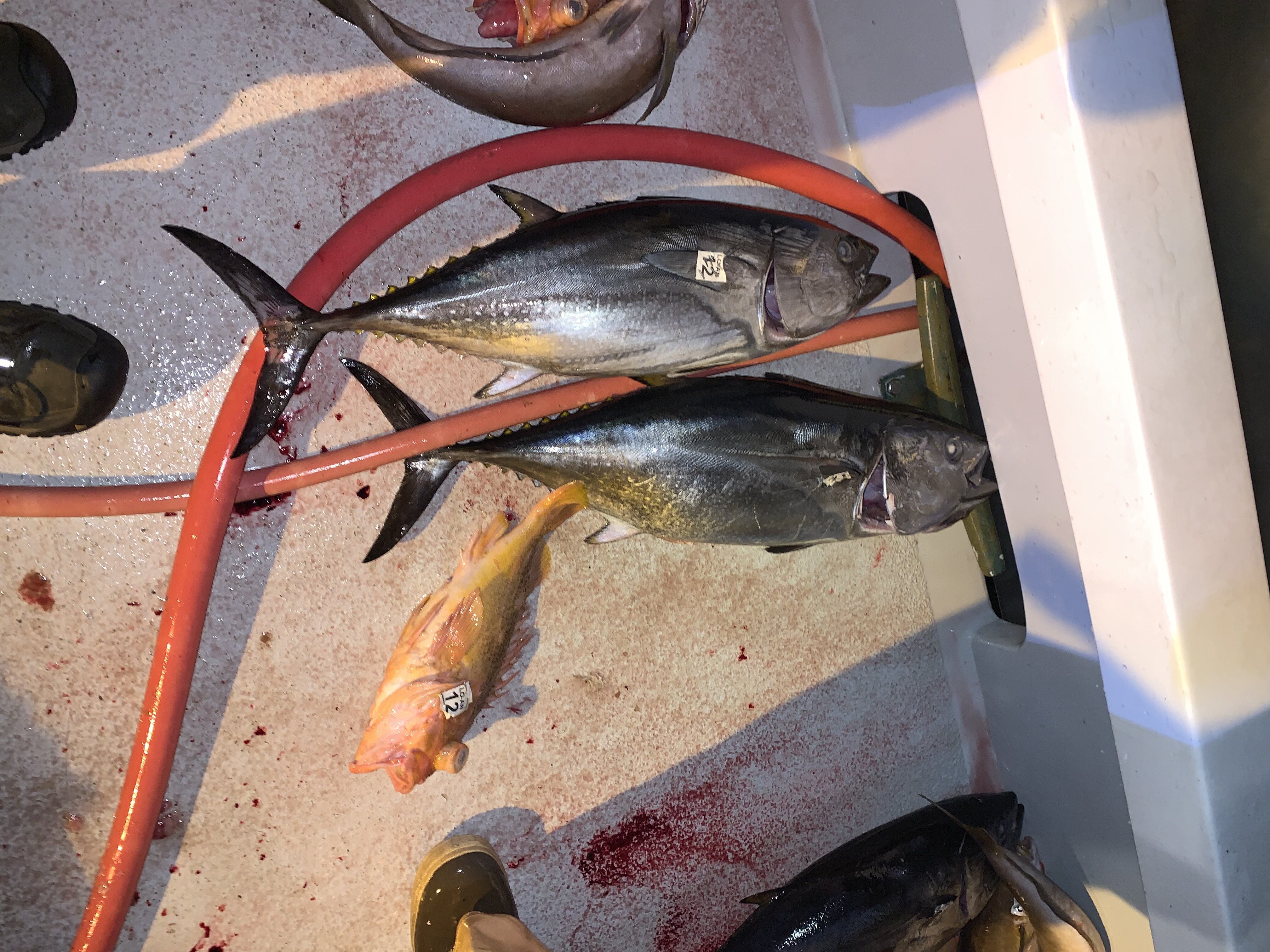 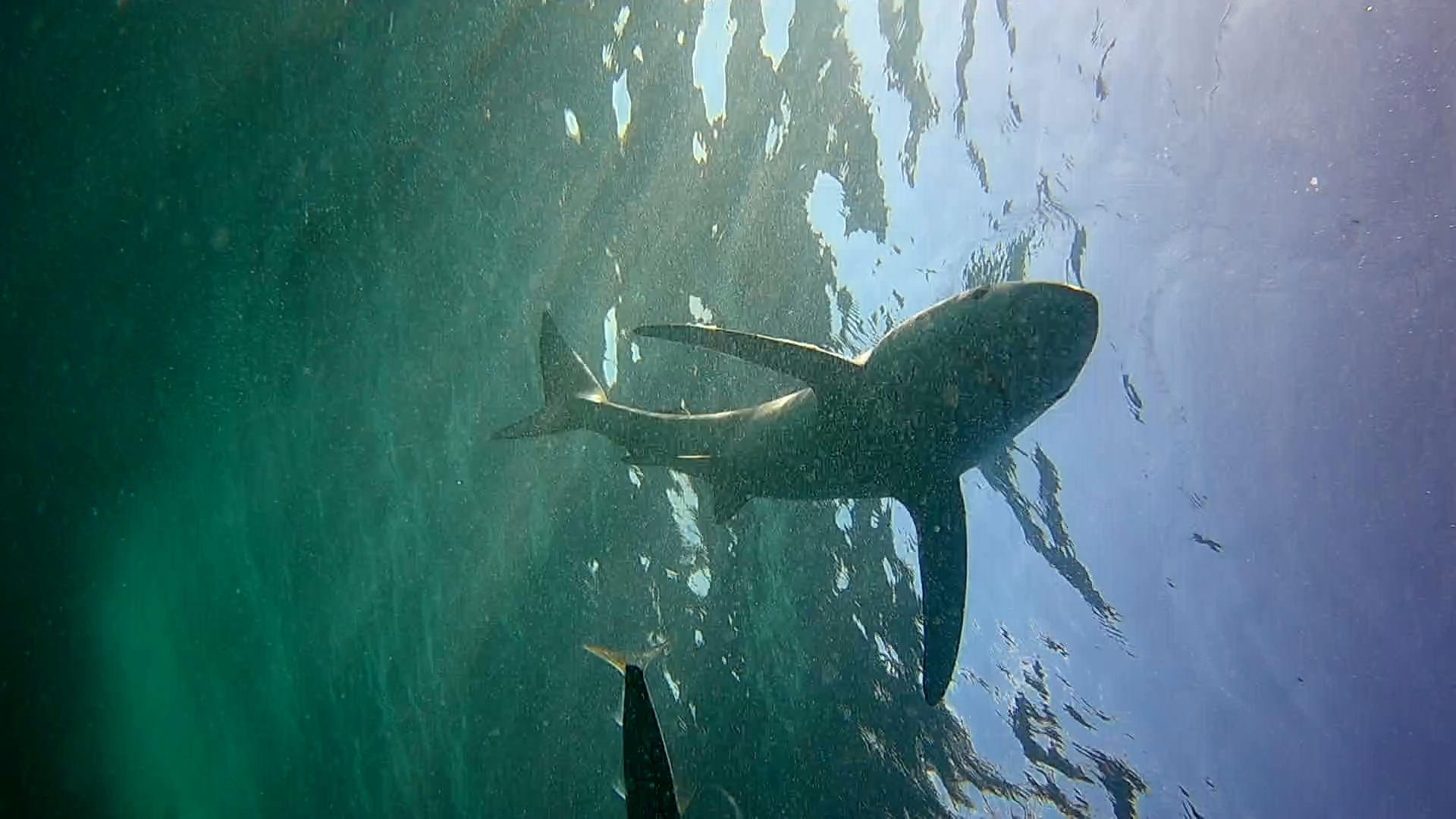 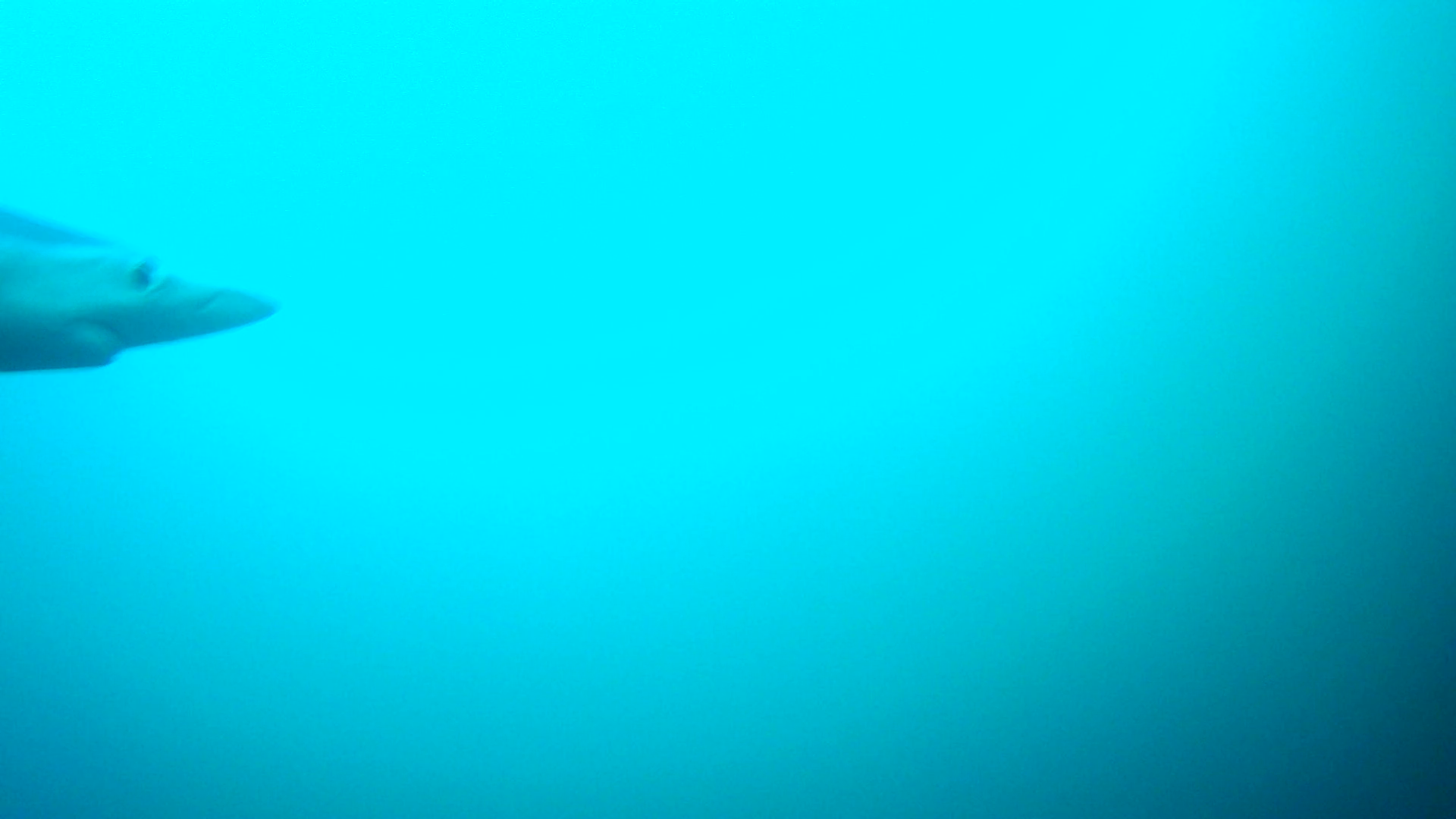 Tanner Bank - Pictures From a GoFishCam 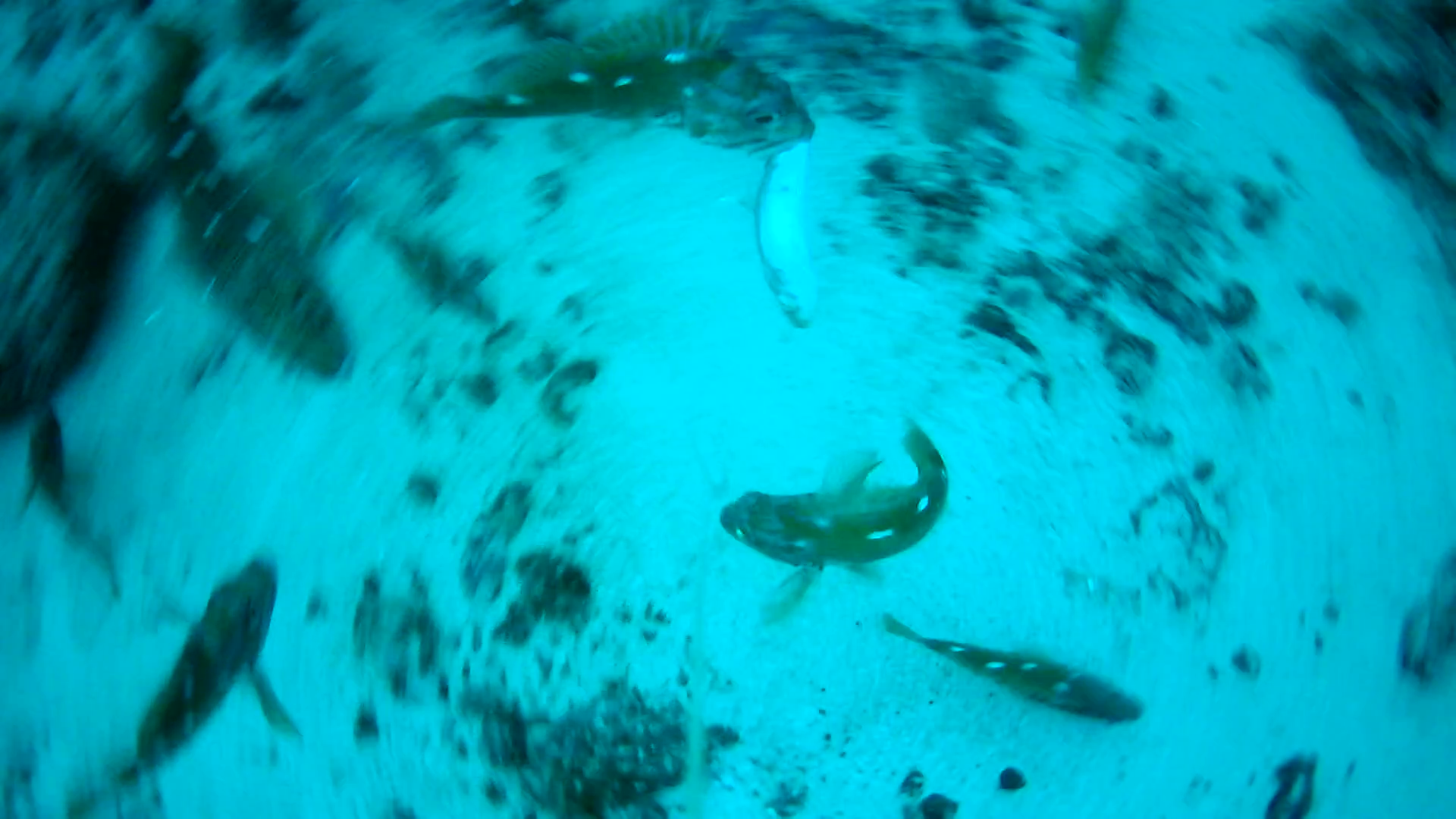 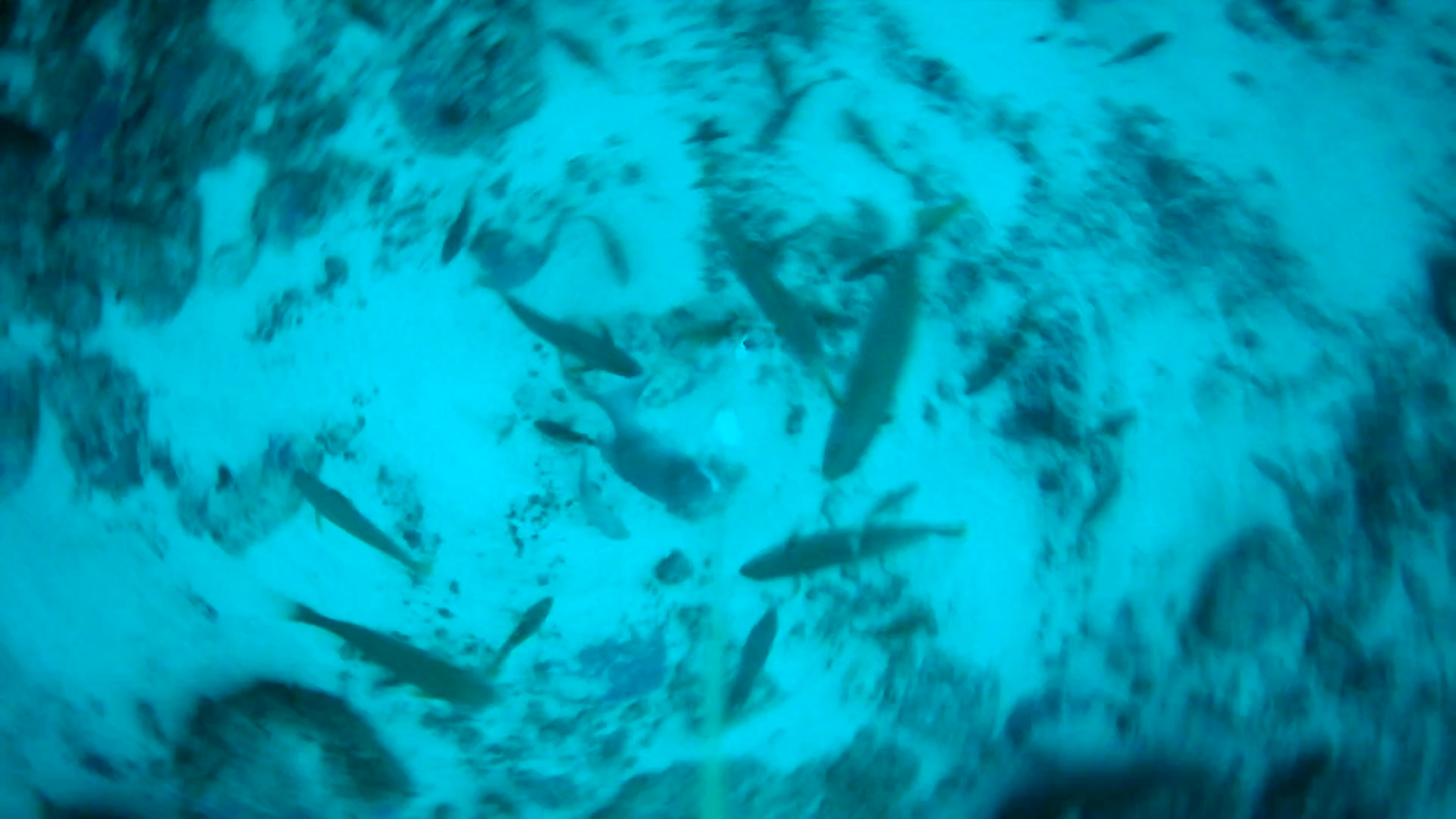 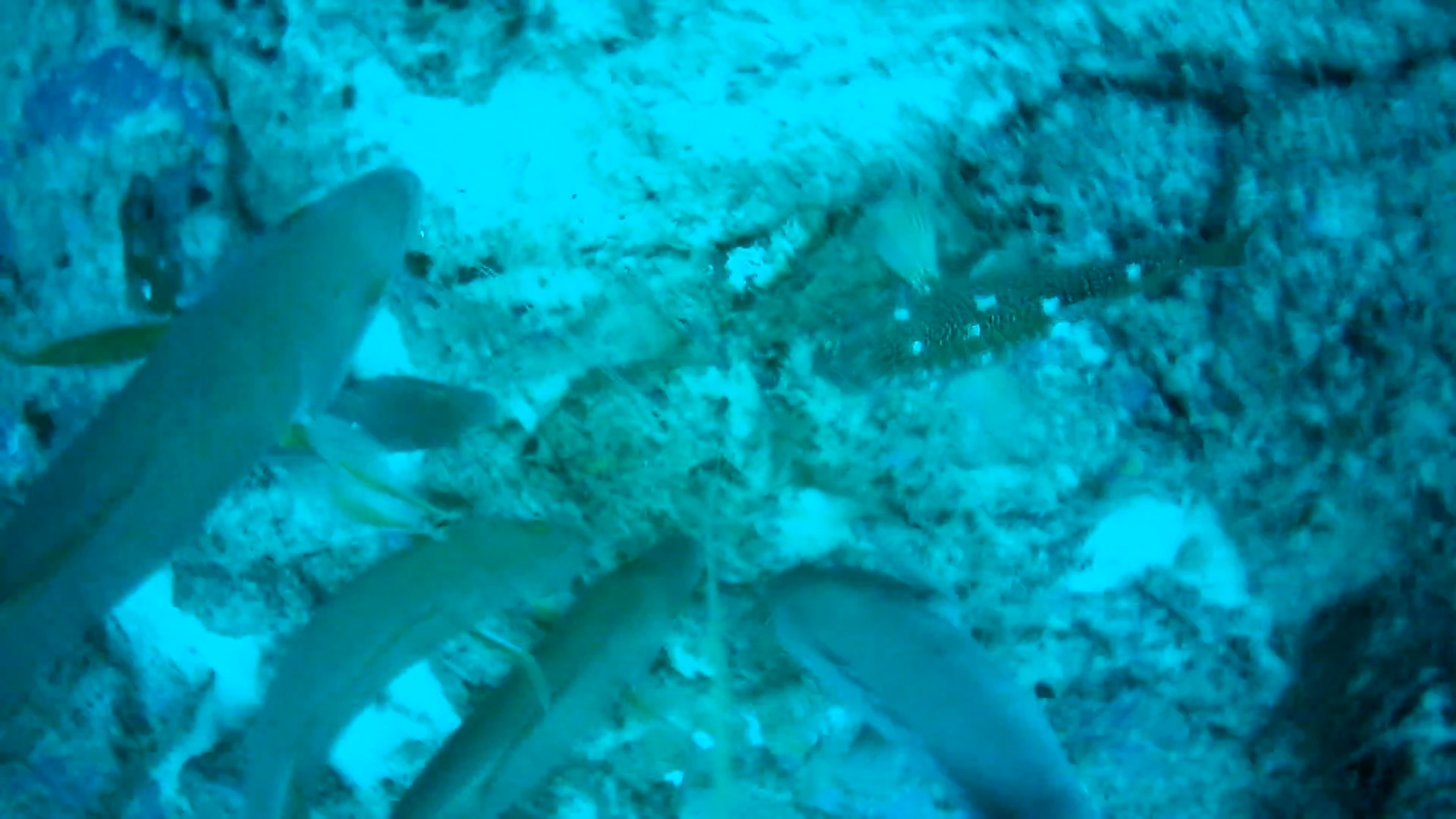 And, if you’re read this far, I’m giving a pretty good discount on some knot pullers. I posted this a few years back and have since much-improved the black grip material. Now, you can find them here. If you’re interested, take advantage of these discounts while they last…each expires after five customers use them up.

Had previously purchased the pullers at a shop and have been looking for additional. Just got a few for brother and friends Christmas gifts. They are bad ass and save my (office) hands from line cuts.

Missed the promo until after order was placed.

How deep were those photos taken with the GoFishCam? Was a flashlight used? The quality looks bright and vivid.
Last edited: Nov 24, 2021
Toggle signature
...
Reactions: Tunahead
Upvote 0

Nice writeup, thanks for the report
Reactions: Tunahead
Upvote 0

SeaHawk IV said:
How deep were those photos taken with the GoFishCam? Was a flashlight used? The quality looks bright and vivid.
Click to expand...

The shark was only about 10' of water. The other bottom picks were about 250 - 300' down. When the sun is out and the water is clear, which it was at the Tanner, I can turn off the green light on the front of the camera. For these drops, I had it on anyway, but there was still quite a bit of sunlight. I try to not use the green light unless I think visibility isn't good, it's cloudy / late in the day, or if I'm dropping down more than 200'.
Reactions: 2454 big mike, SeaHawk IV and Tunahead
Upvote 0

Excellent report! And I'm pleased that, at least so far, there aren't any posts from anyone whining about the taking of "baby" fish. If the fish spawn repeatedly in mid-ocean every year, not like once-and-done salmon, then there is no harm at all in taking whatever size you want to munch upon.
Upvote 0

Nice meeting n fishing with you Matt! Fish were not grade we hoped, but seemed like everybody got some. Raul had some incredible eats (and damn funny Markus impressions). And best sky scapes of any trip. 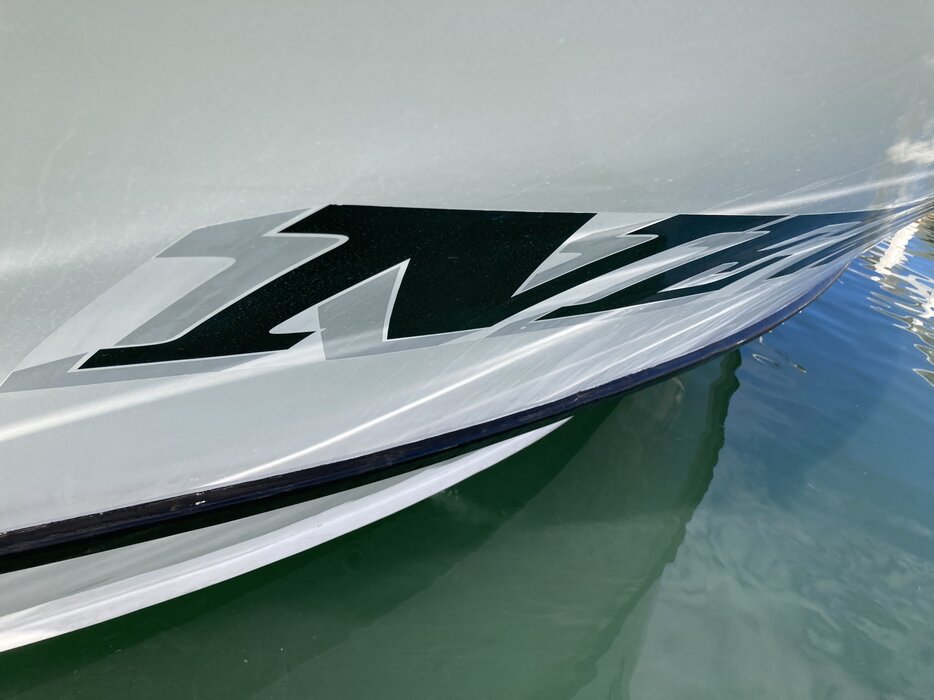 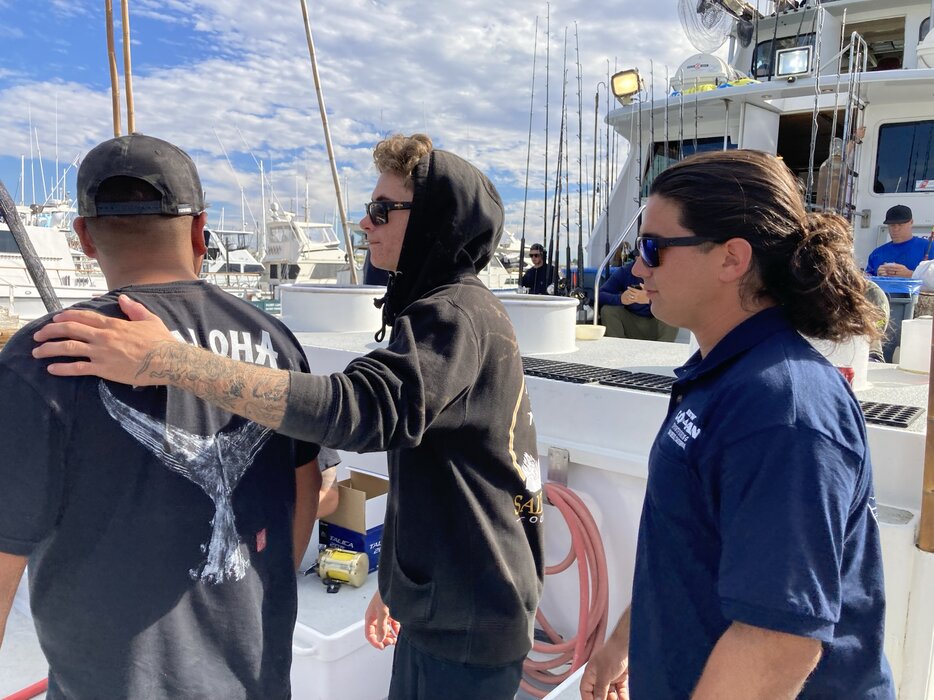 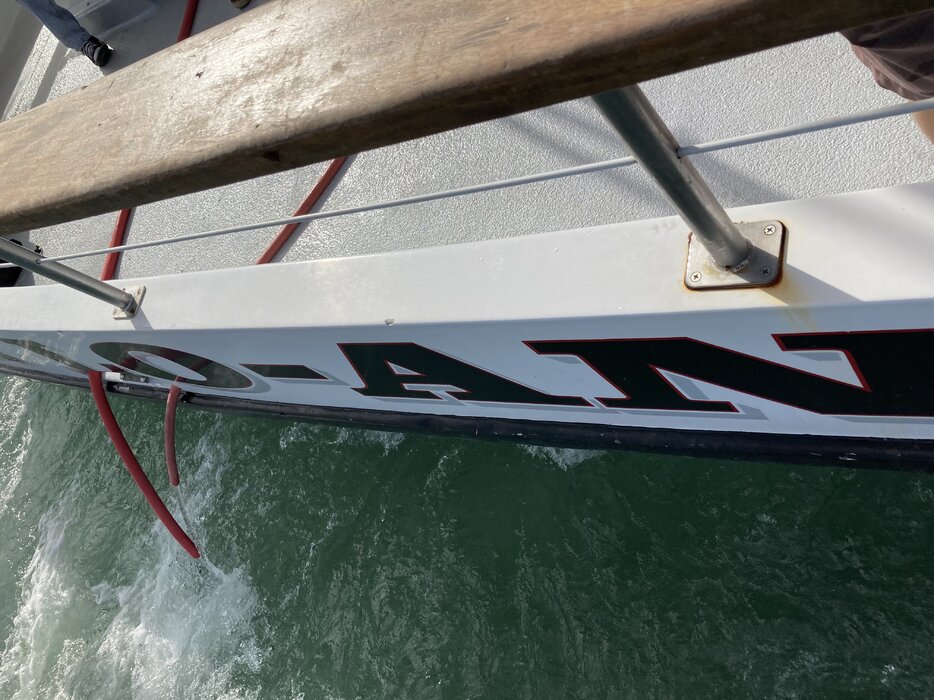 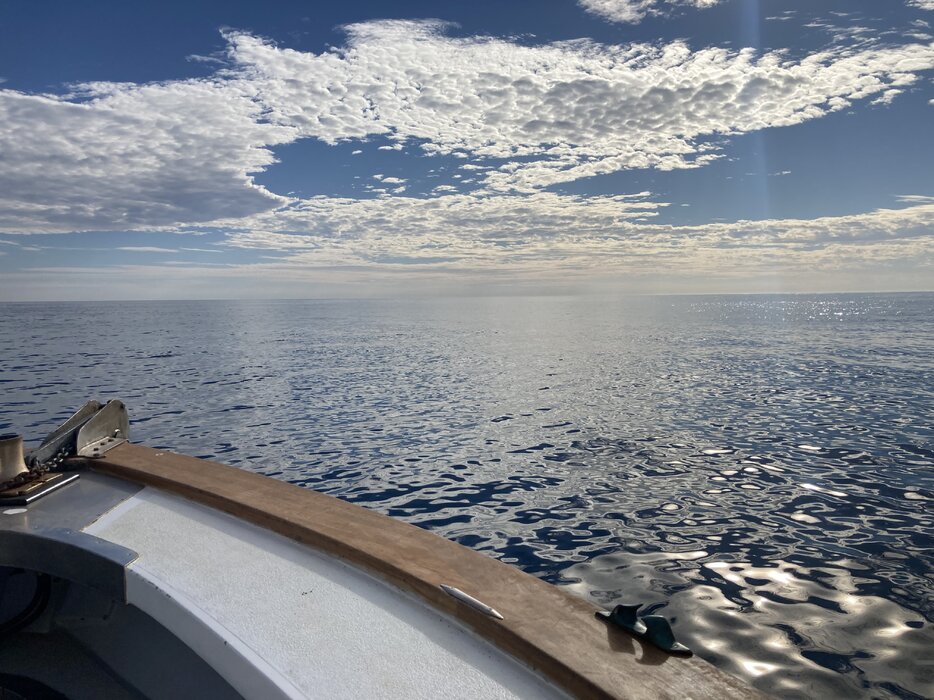 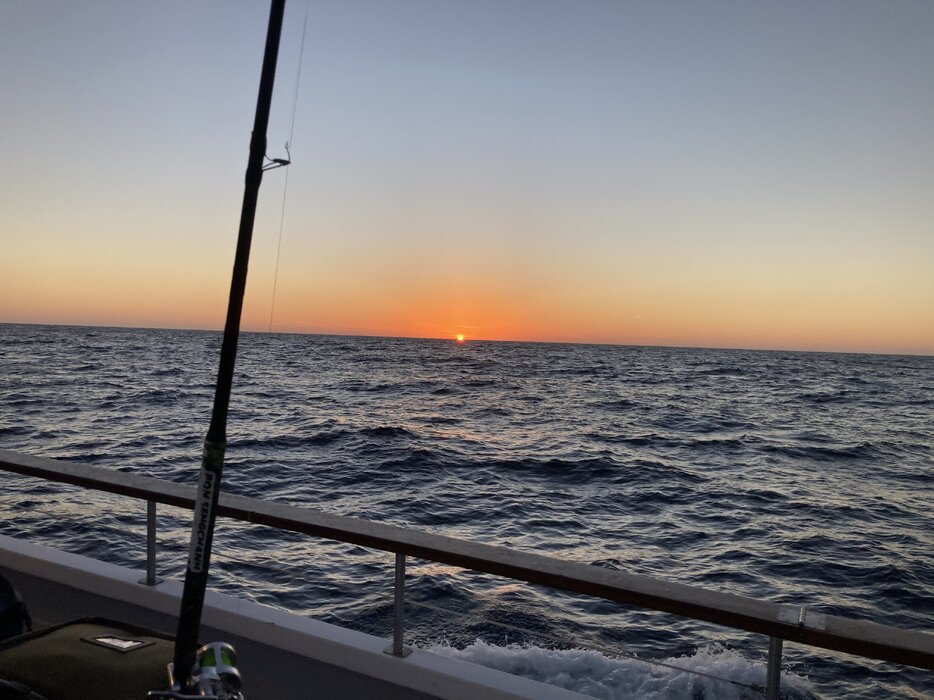 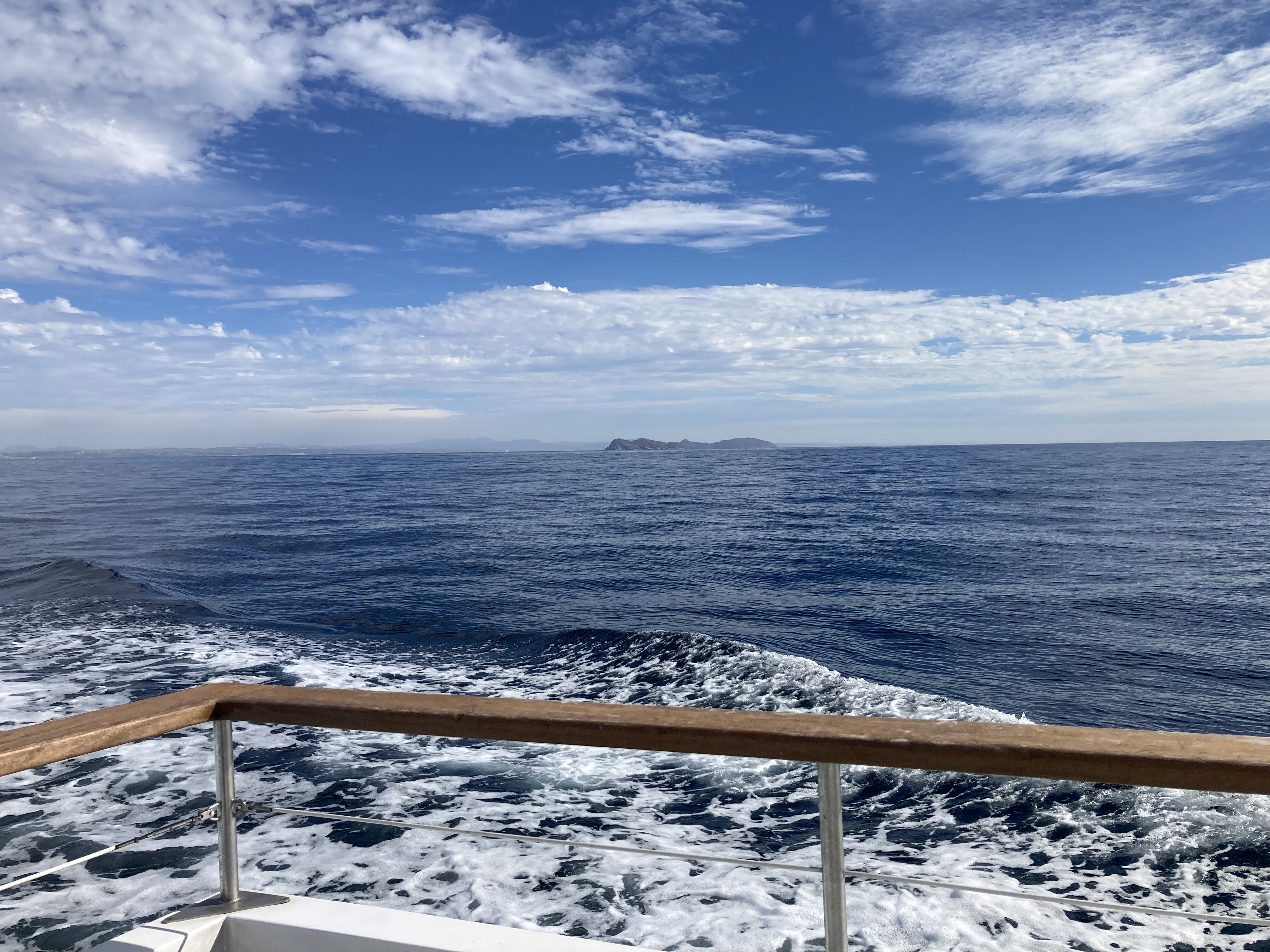