Just returned from a week of fishing/diving/filming in La Paz... We pulled a couple of boats down and stayed at Baja Joe's (nice place).


I fell in love with La Paz 20 years ago because it was the only place on earth where you could dive with schooling hammerhead sharks, whale sharks and giant manta rays (usually all in the same dive!) La Paz is known worldwide for its magnificent diving. The chance to encounter some "really big" ocean creatures has lured scuba divers to Baja for many, many years.


This time the fishing was slow..... and the dive became something I will never forget...

On our second day of fishing, we were south of La Paz and began to see Large areas of something white on the ocean floor. At first I thought we were over a large sunken ship! We stopped to investigate.

I jumped in with dive gear and video camera to examine what we were seeing from the surface. To my horror, I found dozens of piles of giant manta rays rotting on the ocean floor! The same manta rays that dive operators put pictures of in their brochures to attract divers to La Paz... lay on the bottom dead!

How can this be?


When did Giant Manta Ray become a targeted species to this extent? 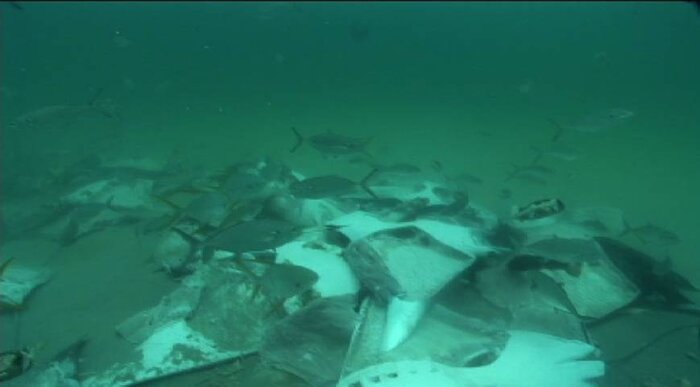 It made me sick to my stomach! I spent the better part of the afternoon documenting these piles on film. Close to 1000 of these magnificent creatures lie on the bottom in various stages of decomposition.... 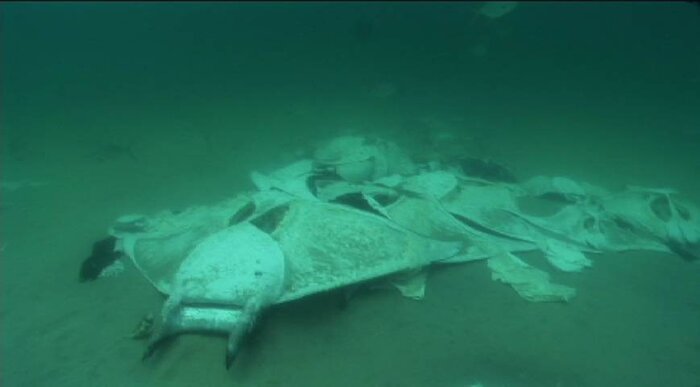 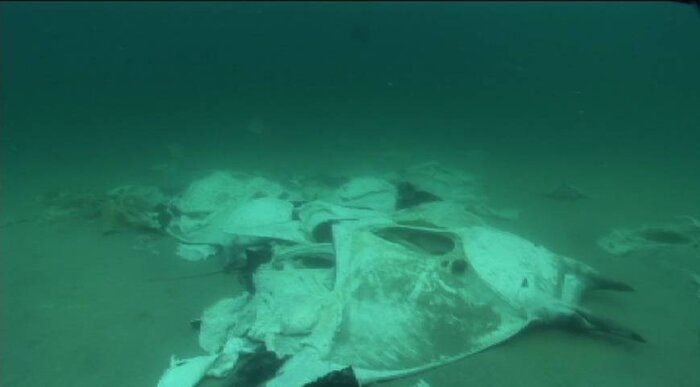 Several piles were spread out over a 1/4 mile radius and all were within a a large set of gill nets that stretched for almost a mile... 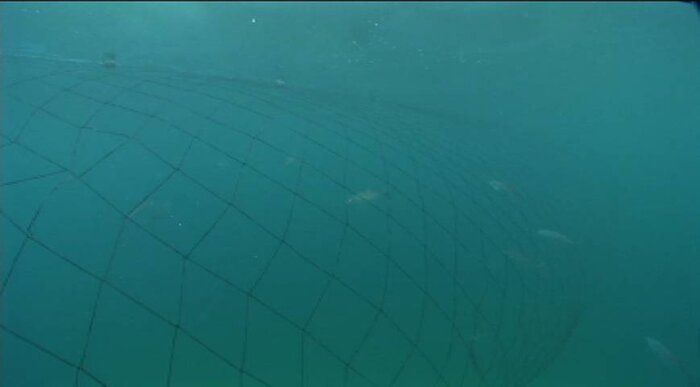 The nets stretched from the sand bottom to the surface of the ocean. Anything that can't fit through the 12" openings in the net is doomed... sea turtles, sharks, rays, mantas, large game fish etc. etc. etc.


Will Mexico ever stop destroying their marine ecosystem in the Sea of Cortez?

Does anyone even care?
Upvote 0

Boat
ves-sel (noun) Nautical A craft, especially one larger than a rowboat, designed to navigate on water

Ditto!
Toggle signature
"What is the MLPA anyway? They are the meanest people ever!"

BASED ON THOSE PICTURES IT DOESNT LOOK LIKE ANYBODY CARES. WHAT A SAD SIGHT!!
Toggle signature
[SIGPIC][/SIGPIC]
Upvote 0

Boat
Sold the Pursuit- Only a kayak and Wave Runner now

This has been going on for many years. You can see the butchered carcasses on the beach at Las Arenas when you return to the beach after a day of panga fishing. My 9 year old son was rather upset at the carnage.

cause I eat alot of beans

left coasting and on the slide

I've done about 150 dives with those things and they are incredible, what a waste. They will obviously decimate the population over time.
Upvote 0
G

Pescador Paul said:
This has been going on for many years. You can see the butchered carcasses on the beach at Las Arenas when you return to the beach after a day of panga fishing. My 9 year old son was rather upset at the carnage.

Ditto on my end...very distrubring but apparently where a great deal of what passes for scallop meat comes from!
Upvote 0

That just made me sick to my stomache.

As much as I hate to say this, send the pictures to GreenPeace. Let those wackos go down there and see what they can do.
Toggle signature
I'm not a fisherman, just play one on the internet.
[SIGPIC][/SIGPIC]
Upvote 0

Actually the best place to send the pictures with some hope of something being done is: http://www.seawatch.org
They actually have a presence in La Paz and some connections there.
Upvote 0

Taken off another site:

"Some mantas are hunted outright; others wind up as by-catch in nets. In Mexico, their dead value is about 40-cents a pound compared to the $10 to $20 that shark fins command (another sad story.) The slaughter of manta rays is senseless especially in light of their relative economic value. Andrea Tomba of the Cortez Club in La Paz, Mexico considers mantas a primary attraction drawing divers from around the world. He estimates that mantas contribute to an average daily income of $3,300-per-day for the 10 local diving tour operators. Sherry, Scott and anyone else who has ever swam with these gentle giants knows that the value of a manta experience cannot be calculated in dollars. For many of us, swimming with the majestic manta ray accounts for an experience of a lifetime."
Toggle signature

maybe the guys on lets talk hookup can notify some people down there.
Upvote 0
M

Plain and simple. . .It's the all mighty dollar. Kill the last fish for profit and worry about it later.
Moogie
Upvote 0

The solution is quite simple really: People are going to quit going down to Baja. I have been down there 4 years in a row and the fishing is not as good from the year before. I will not go down next year. It is that simple. When I am out in the water and never lose sight of the seiners, that is a signal to me. Vote with your pocket books. They seem to listen to that a bit better.....
Toggle signature
Pfish=One step ahead of the Qfish.
Upvote 0

What's the BFD with the DFG.

I also saw them at Las Arenas laying on the beach stripped clean....Ugly sight..That was about 5 years ago..
Upvote 0

ugh. man shit like this honestly makes me sick to my stomach, if you find out about anything to help remedy this please let me know. i am all in. ill talk to my professors at school and see what they know.
Upvote 0

Having dove with Mantas, that shit makes me cry. They are not even that stupid in Asia. I really think mexico needs to be nuked.
Toggle signature
" You may all go to hell, And I will go to Texas"
Davy Crockett said, and worked out bout the same for me...

When seaturtles became prohibited, restaurants started usind Manta meat as a substitute for the dish they called cahuama and now cahuamanta.....and theres thousands of this restaurants all along baja...look in the menus..but manta is a legal species to target, even if they are beautifull or fun to dive with, I don't want to know what would happen if they found out whaleshark was edible...
Toggle signature

eljurel said:
.... I don't want to know what would happen if they found out whaleshark was edible...
Click to expand...

Cut all long liner and gill net buyes. They can't catch ya if your in a fast boat. Fucks up their day for sure and it's fun to do.
Upvote 0

d10r10 said:
Cut all long liner and gill net buyes. They can't catch ya if your in a fast boat. Fucks up their day for sure and it's fun to do.
Click to expand...


Sure and leave them lying in the ocean for ages and keep killing and killing sea life. Thats a lot of fun...

makes me feel like joining greenpeace to do something about it. what the fuck are they thinking down there?
Upvote 0

Very depressing, but it seems to be the norm now days. Maybe I was nieve in my younger years but it seems like it's gotten alot worse over the span of my time visiting/camping/fishing in Baja.

that is a sad sight to see
Upvote 0
Show hidden low quality content
You must log in or register to reply here.

Upvote 1
S
Advice On When to Fish La Paz

Early May at BOLA with Captain Joel Prieto, Jr