Short story - La Jolla Kelp, 3 calico, hard bottom south of kelp 2 white fish/1 Boccaccio, misc rockfish, 9 mile bank scout nothing
Long story - This is not informative for those with experience, I have none so it was news to me. Drove down to Mission Bay and launched from South Shore boat launch. Different from Dana point and glad I installed a step on the trailer to help me load on and off the boat from the ramp without a dock. Made a straight shot to La Jolla Kelp FAIL. I had no idea how thick the kelp was - fouled the motor. Used the trolling motor to get us out. We made it to about 50 feet of water off of LJ and trolled for these things called YT FAILED. Snagged on kelp. The number of folks fishing was something I wasn't used to either - about 30-40 kayak fisherman, small boat, and party boat - everyone was respectful and I felt like I was able to not interfere with anyone's day. Moved to deeper water and started trolling with the Rapala- hooked up with 3 calicos, bigger than what we were used to - released. I then successfully fouled the trolling motor since Rapala's float and braid doesn't sink down. Removed prop and took 10 minutes to take line out.

We moved to the hard mound structure 3 miles west of La Jolla scouting rockfish. Double dropper with top lure soft swim bait with squid and bottom loop squid 4 oz weight. Picked up 2 whitefish and deep released a bunch of small brownish red rockfish that we had no idea wth they were.

Moved south 2 miles to the hard ridge like structures and hooked up to more whitefish and a Boccaccio.

Moved again to see what the north 9 mile bank looked like. Only one other boat that I saw at 400 feet of water and decided to go home.

We still had tons of fun on the water and still would have done this trip again. Hopefully this helps a newb like me from making same mistakes. 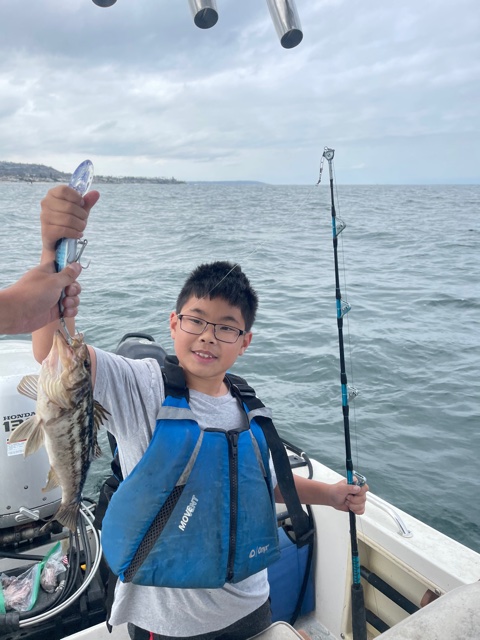 Mistakes and lessons are part of every trip. Be safe and take lots of pictures.
Reactions: butcherboy and Tom123
Upvote 0
Z

Boat Name
which one

Just make sure you stay out of the mlpa that’s over there I see the dfg out there a lot. But sounds like you had a great day they will only get better thanks for the report
Reactions: Tunahead
Upvote 1

We all learned the hard way a time or two !! You had fun and learned something its all good !!
Reactions: Tunahead
Upvote 0

Be careful with those Rapalas as well as that looks like a mistake waiting to happen. One good kick from that calico and that treble could be buried deep into you or your sons hand. I'm sure most of us have learned that lesson and it's not fun.
Reactions: Emann81 and Tom123
Upvote 0
J

Main motor was down, raised it up to get seaweed off, then the damn thing wouldn't go back down. I was getting ready to do the manual release with the screw on the side, pushed/kicked/and cursed at it while maintaining the Homer Simpson level of dad composure and it went down.

Drift while reeling.....that is one of those things that just made me have an epiphany. Will try that.

I tried to do my homework and marked the La Jolla no fish zones and the Scripps no fish zones on my phone and on the fish finder.
https://wildlife.ca.gov/Conservatio...#27149506-south-la-jolla-state-marine-reserve 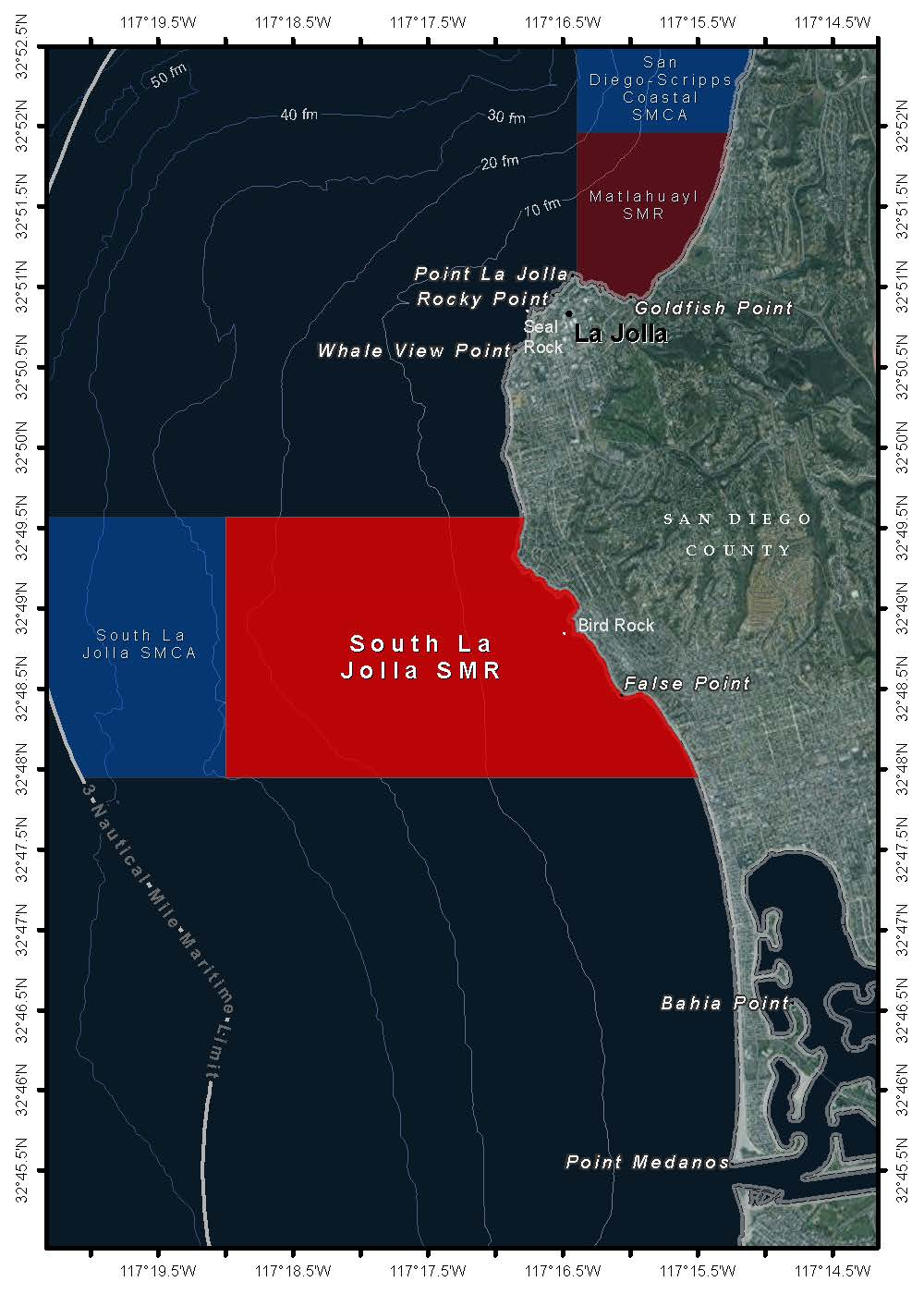 This is start of year 2 for us and our 25 year old used boat. Learning a lot, reading a lot, and bleeding a lot.
Reactions: One_Leg, Tunahead and zing1402
Upvote 0

When I was a newbie, I knew to to stay out of the lettuce for reasons you just learned. It wasn’t till I got about four or five years of experience and thought I can motor through that crap... I learned like you did with about the same composure. Haha

There’s always something to learn when we go out, and for me that’s been half the fun. Sometimes the lesson hurts, but so long as we don’t die it makes us better boaters and fishermen.

Tight lines out there, and keep having fun. Your kid(s) will appreciate every bit of it and learn with you.
Toggle signature
Of course I know what I’m doing...
Reactions: Tunahead
Upvote 0

Very nice of you to post your story. I sure it will help others. Glad you caught some fish!
Reactions: Tunahead
Upvote 0

The kid looks stoked catching fish....Great lesson for the future. As for the other lessons learned, I and many have as well...and your info is good for others to TAKE NOTE.