I’ll keep it short and simple.

Launched at Dana Landing 5:30am

Bait condition was 3-6” sardines, with some healthy 4-8” greenbacks mixed in.

Moved up the line to the 32 fathom area for a few biters. Couple of healthy blue rockfish and one very healthy 15” sculpin. Fished the area until 8am and made the move inside, towards the bump.

Here’s what we found. All you can eat on the healthy grade California whitefish, a few more blue rockfish, treefish, some more sculpin, and a few smaller reds. All that stuff was on fresh dead squid I picked up at Lucky Seafood the night prior.

Changed up the bait to frozen, shell on, head off shrimp, as we found a spot really close to the bump that produced a sheephead on every other drop on the shrimp. We released about 5 shorts and kept 6, between 13” to 19”.

Water seemed to be cleaner inside than out in La Jolla. Around 11am, we had a spot of yellowtail puddle up, chasing mackerel out of the surface about 40 yards off our transom. Threw a green/white Tady at em, no takers and they were gone, just as fast as they came up, just outside of the NW corner. Also, dropped a sliding sinker rig with a greenback on it and drifted the area for about 45 minutes, and not even a sniff.

I did notice a lot of bait in different areas in La Jolla.

Anyway, good luck out there. Weather was beautiful and felt summer like...

(Day’s bounty added, cause it never happened w/out pics) 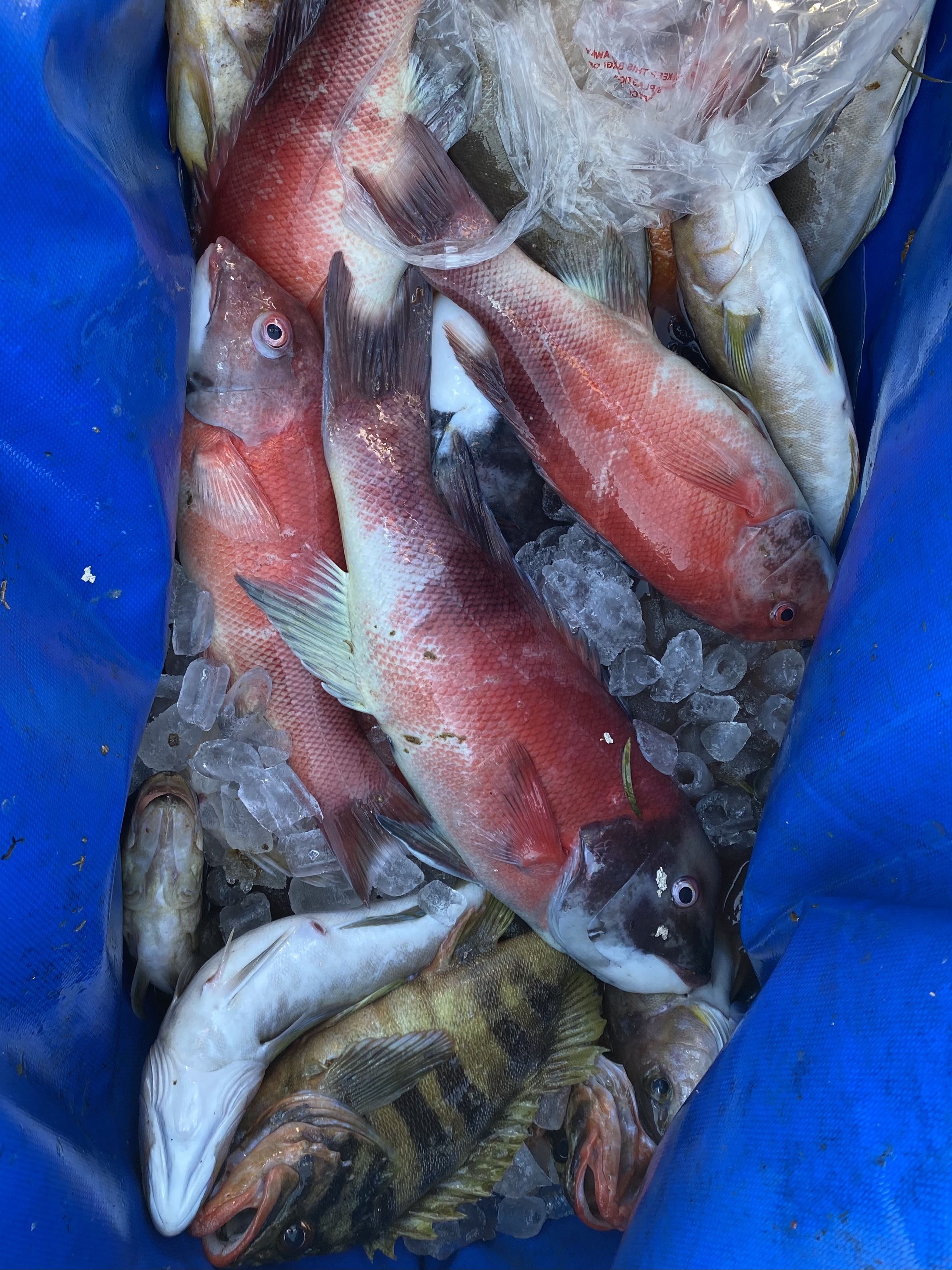 Great report! Was out last Wednesday for a few hrs before the wind creeped. One spot of yellows as u described.. but no luv. Looking forward as it warms up!
Reactions: rick rouland and Secutor54
Upvote 0

SD2600 said:
Great report! Was out last Wednesday for a few hrs before the wind creeped. One spot of yellows as u described.. but no luv. Looking forward as it warms up!
Click to expand...

Yah man. Wind was nasty coming back in around 3pm. Flat calm all day, and that spot between Bird Rock and the pier was white capping on the way back. Had to apologize to my buddy for the bumpy ride back. Lol
Reactions: jeffkaiser
Upvote 0
J

John
Reactions: Zika and Secutor54
Upvote 0
Show hidden low quality content
You must log in or register to reply here.