More and more tourists continue to pour into Kona and that means more and more boats going out fishing. In fact, some of the tourists are getting quite frustrated because they can't find a boat that isn't already booked up. That's not just for fishing charters but diving, snorkeling, dolphin swim, manta swim and more. It's pretty much back to a normal pace that if you want a good boat and captain, you better get your reservations in early.

The marlin bite got a little spotty due to some whacky currents but even with that, there were some big females around. Right after I published the May fishing report, a "grander" was landed in Kona weighing in at 1028 lbs. There have also been several other marlin caught that can claim the title of a "beast". That's a marlin weighing over 500 lbs. The majority of the marlin being caught right now are the smaller males weighing in the 100 to 200 lb range.

Our yellowfin tuna bite just doesn't seem to be going yet in Kona but the news from the other islands is that the ahi bite is good. The most consistent place to catch tuna in Kona year-round has been the offshore fish farm outside of Kona town but strong currents made the mooring break so it's gone. The fairly massive structure has been recovered but the last time it broke off; they didn't put it back out for almost 3 years. Most of our fishing FAD's have also broken off and are gone. That makes catching tunas even harder because the only thing we have left are the ledges which are more prone to current speed and direction turning them on or off.

See 'ya on the water, 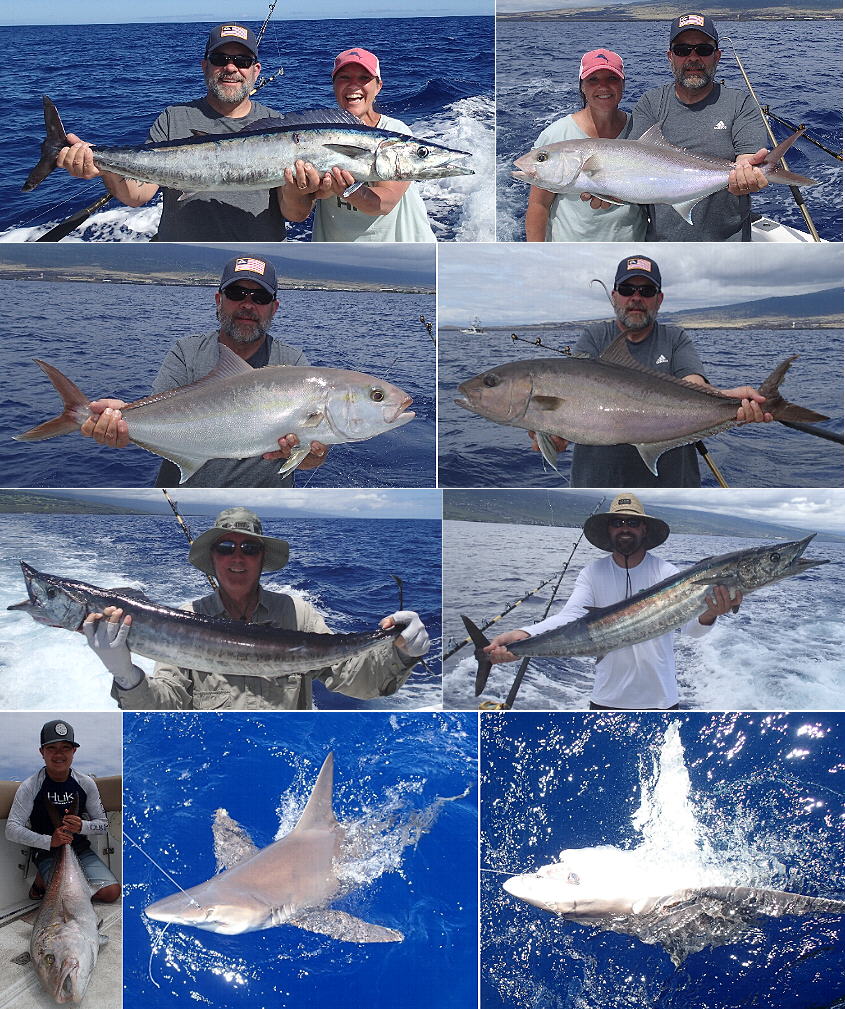 Captain,
How does it look going into August?
Upvote 0

Geo-Fish said:
Captain,
How does it look going into August?
Click to expand...

I'm pretty booked up. New report out today.
Upvote 0
Show hidden low quality content
You must log in or register to reply here.