Offshore Kids got a Bluefin on 8/13

Short version: Left out of MDR on Friday am. Fished with dad (Bernie), nephew (Benny), daughter (Sabrina). The boat was my Dads Tollycraft 48’. Ended the day with one 30-40 lbs. Bluefin caught about 3-4 miles off the east end of Catalina. Hooked on a small Avet with 20 lbs. test at about 10:30am on fly-lined Sardine.

Long version: Let me start by saying anyone fishing from San Pedro south to SD should appreciate their good fortune in life. Trying to fish out of MDR with a big and slow trawler is brutal. I wanted to let my 13 yo daughter and 14 year old nephew experience this tuna bite off Catalina. We succeeded but is was tough.

I started out spending three days calling MDR to get the info on bait. They finally answered the phone Thursday pm. I’m glad I called. They told me they would have no bait Friday am. I was informed they tore the net on the bait boat and were trying to fix it.

My next plan was to leave at 3am to run and get bait in San Pedro after calling their bait barge and getting an instant message that they have plenty of cured Sardines. I let the kids and my 80 yo Dad sleep for the first few hours until my Dad took over driving at 5:15am. After 20 min in my bed I hear my dad idle the engines. I walk up to the flybridge and discover we have stopped because of intensely thick fog. I tried to use the radar to get to the harbor mouth and ended up face to face with a massive cargo ship cruising towards me. At this point we moved 1/2 miles back to the north to avoid the ships and hope for the fog to clear. At 8:10am it lifted a bit and we cautiously made it to the barge with minimal visibility. Two boats were ahead of us and within 10 min we had a scoop of perfect sardines. 6-8” golden, strong and lasted all day!

We were able to make the run to the east end in about two hours. When I got close the number of boats was amazing. It was really cool to see the RP surrounded by about 40 boats and skiffs fishing a few miles from Avalon. My dad and I reminisced about a 4 day we took together in 1985 on that massive platform where we slayed the big Albacore around back then. As we pulled up we heard that the bite was pretty good around 8am and had slowed considerably prior to our arrival.

I woke my daughter after her 11 hour beauty sleep and told her we were ready to fish. We fished for about an hour with the fleet with fly lined and sinker rigs. After no action, I told everybody to reel in and look for fish. We had all the lines up and my dad was pulling in the last fly lined bait as I head up to start the engines.

Before I turned the key he yells, “fish on”. I run down to see him on one of my 20 lb. outfits bent and line peeling off the reel. Both kids got about 5 minutes to pull on the fish without much progress then they let me take a turn. It was really tough on that little reel and long rod. The fish was acting really strange. It slowly pulled me around the boat as I began to gain some line. Every few minutes I would feel the hook give a little and felt like it was about to pull. I was sure we would lose it, but somehow we made it back towards the stern and saw deep color.

It was not a giant, but pretty awesome after all the challenges. I had my dad hand me the gaff and got it through the gill plate. I walked onto the swim step, gave it a pull and with its head about 1 foot out of the water, the gaff ripped out and it fell back in. Luckily the fish was pretty tired and it was floating on top. I got a better gaff shot and pulled it on board. The hook was deep down the its throat. I wonder if it was gut hooked and that killed the fish at the end. I was also surprised the 20 lb. test didn’t break rubbing against those sharp teeth. We were all super happy and the kids were screaming.

Afterward, we fished and swam off the boat for the next 3 hours including the last hour by the rock quarry with no other bites. We made it back to MDR at 7:30pm exhausted. The fish was made into spicy tuna and we seared some. It was all delicious.

A couple other cool things happened. On our way back, I saw the Bodyglove boat catch a big tuna in the channel about 5 miles offshore on the line from Avalon back to MDR (never seen that before). We also stopped on a pod of about 20 large dolphins or small whales. They looked the size of pilot whales but were mostly white and grey. Anyone know what species they could be?

In closing we had a great time. However, I am envious of you anglers down south that have access to more reliable bait, less expensive diesel and can get to the local offshore fishing grounds without a 15 hour adventure. That being said I’m ready to do it again soon. 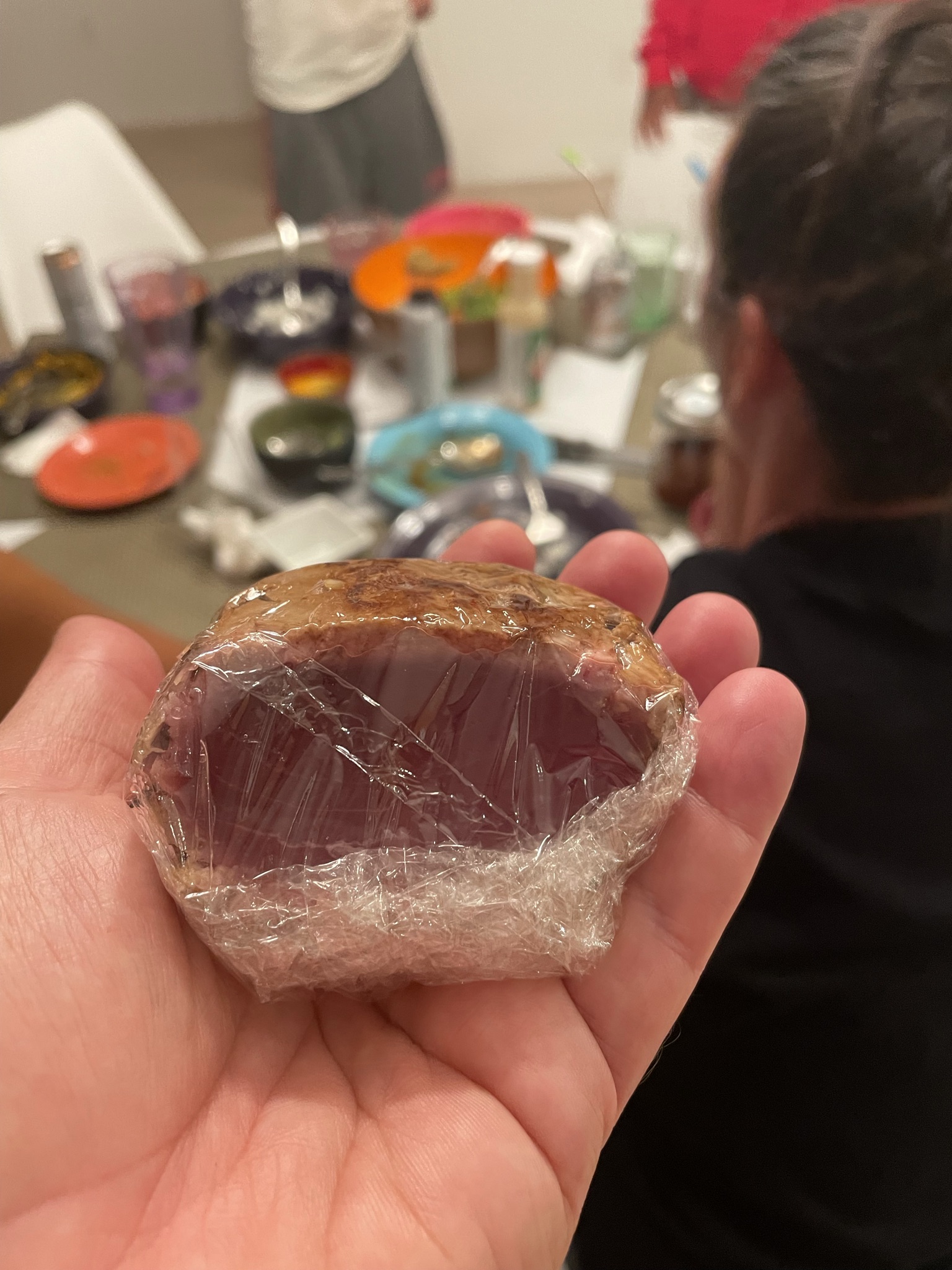 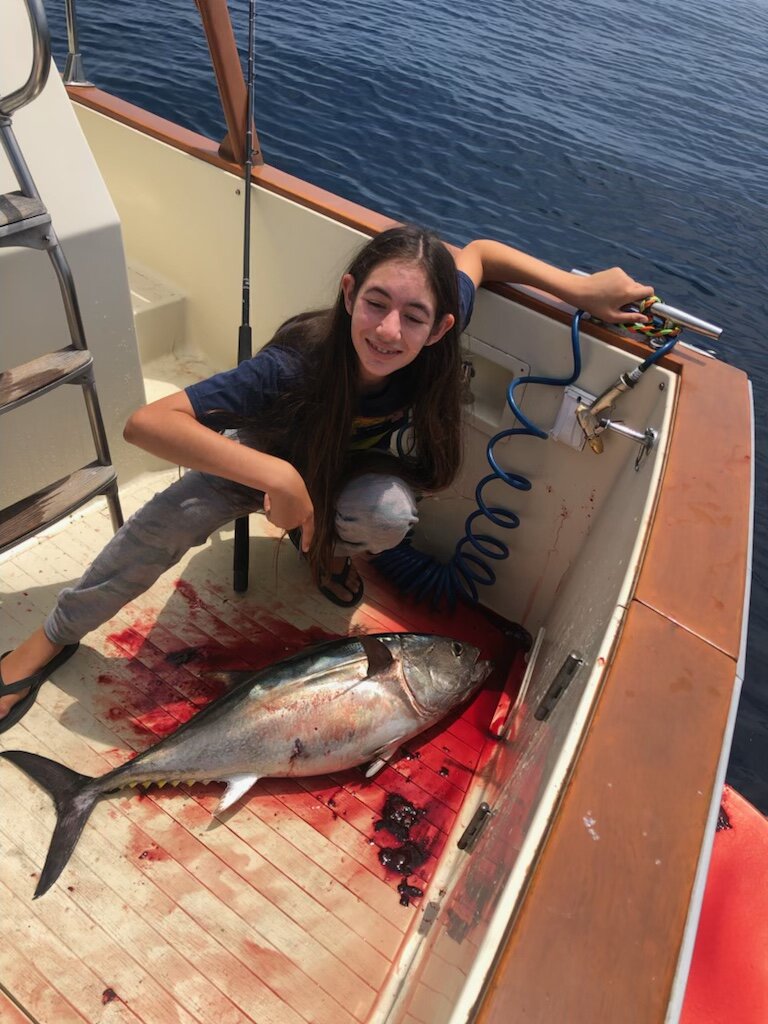 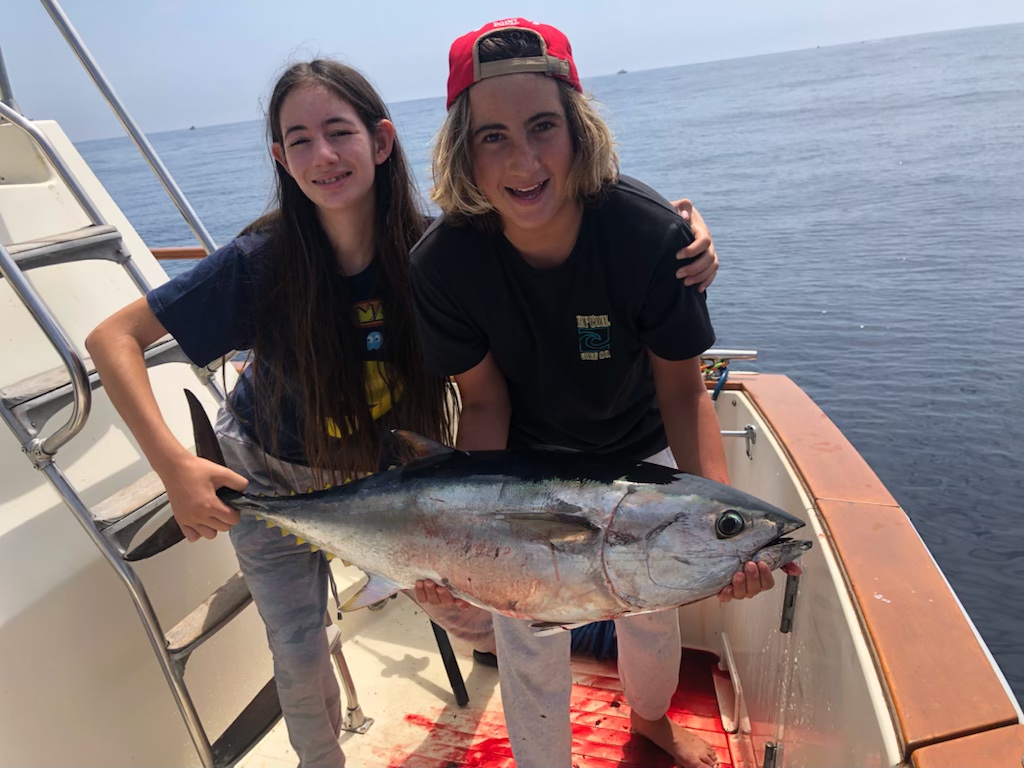 Congrats on the BFT! Thanks for the pics and report.
Toggle signature
-AH
I get skunked and I can not lie
Upvote 0

Fishing with kids is the only way to guarantee when your too old to fish you'll always still be invited.
Good job putting them on fish.
Toggle signature
If you stay on a boat long enough you are bound to catch a fish!
Reactions: woodfish330
Upvote 0

what you saw on the way home were risso's dolphin 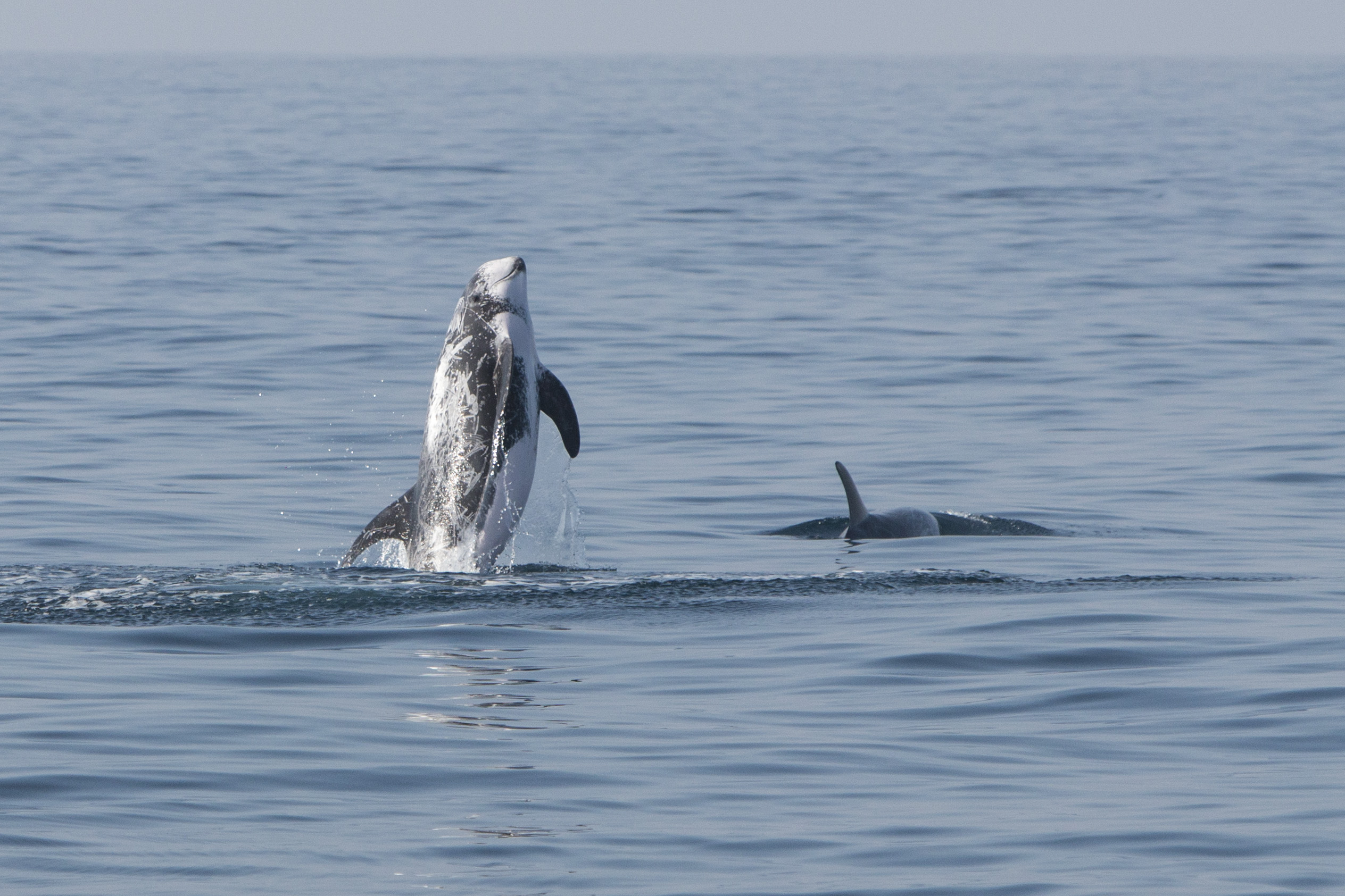 I believe the dolphins you saw are Risso's Dolphins. They are cool!Great Job too!

Great memories for sure!
Upvote 0

They look like they had a good time. Worth the effort.
Toggle signature