The dogs and I ventured out today to Izors looking for those elusive barracuda. Didn't find any, but still put 30 mixed bag calicos, sand bass, rock fish to 20 inches. Super thick marine layer that never really burned off with pockets of fog throughout the day. Sun peeked out about 11ish, wind was 4 to 6 most of the day, broken water temp gauge. Bait was around, dolphin too, not that many birds. Water at Izors was green, slight current early, but ripping I'm the afternoon. Only two fish until about 10:30, had to go find them!
Moved around a lot, calicos biting best early almost all were shorts. On one section had back-to-back casts, first two calicos, 2nd two sand bass. Same rig, go figure. Color of choice seemed to be red on the plastics, all fish released.
Saw bunch of boats through the fog and headed over didn't realize where I was going until I got closer (fog). Three sporties and about 6 private boats working the mussle farm! Did not see anyone hooked up, but did see some boils by one of the sport boats. The water was gorgeous clear blue. Trolled around for nada, all the sport boats bugged out within 30 minutes of my arrival. Explored around and picked about a dozen from the surrounding area, rockfish and Sandies.
Apparently today is National Go Fishing Day, who knew? Saw these black flags all around Izors, like 18 to 20 of them. Is that long lining? Commercial guys? See them working the area quite a bit. My dog couldn't resist going after the dolphin as they came by, went in twice today as the bay boat makes for a good launch pad.
Anyway, Happy Father's Day to all the dads out there. Tight lines everyone! 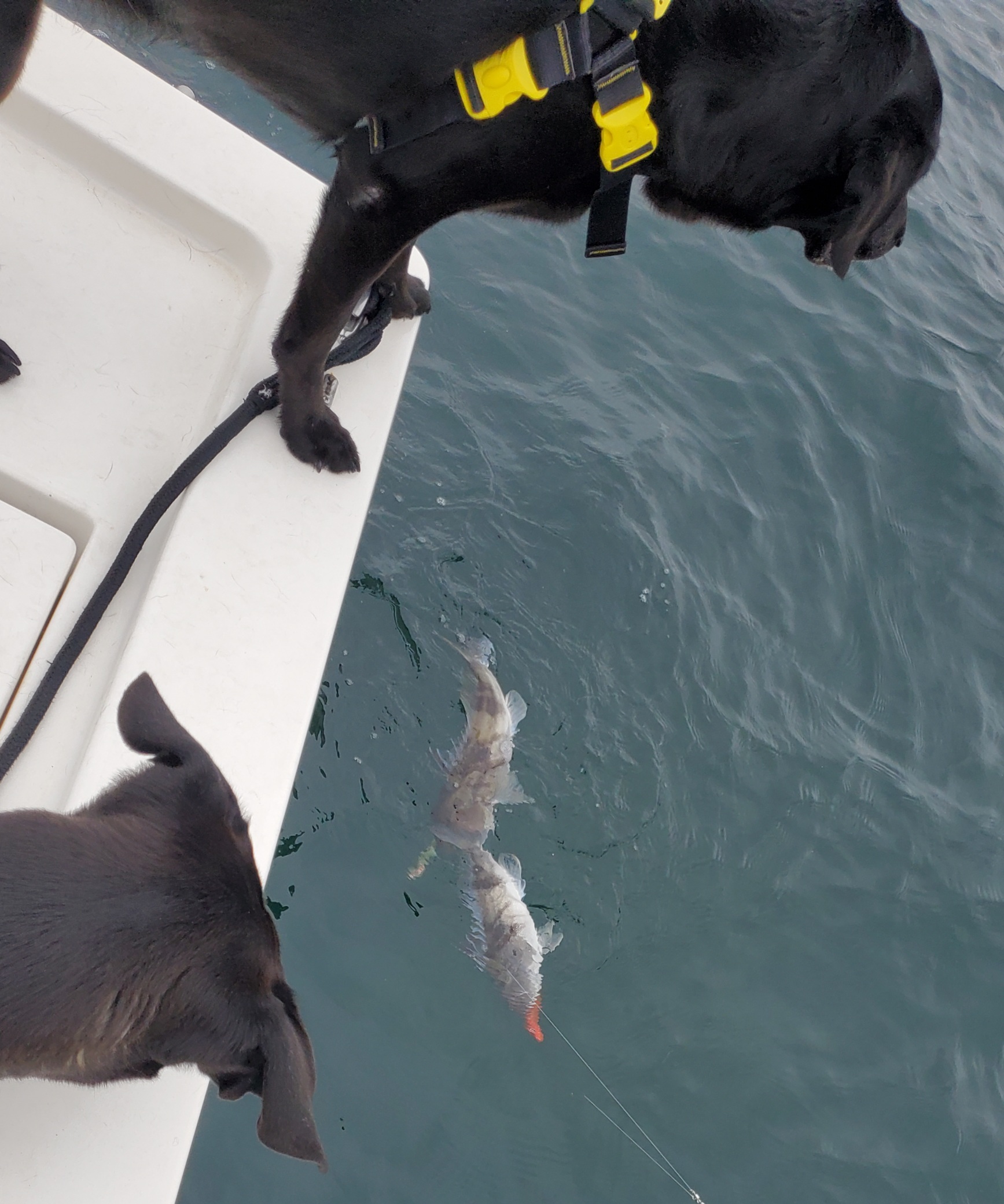 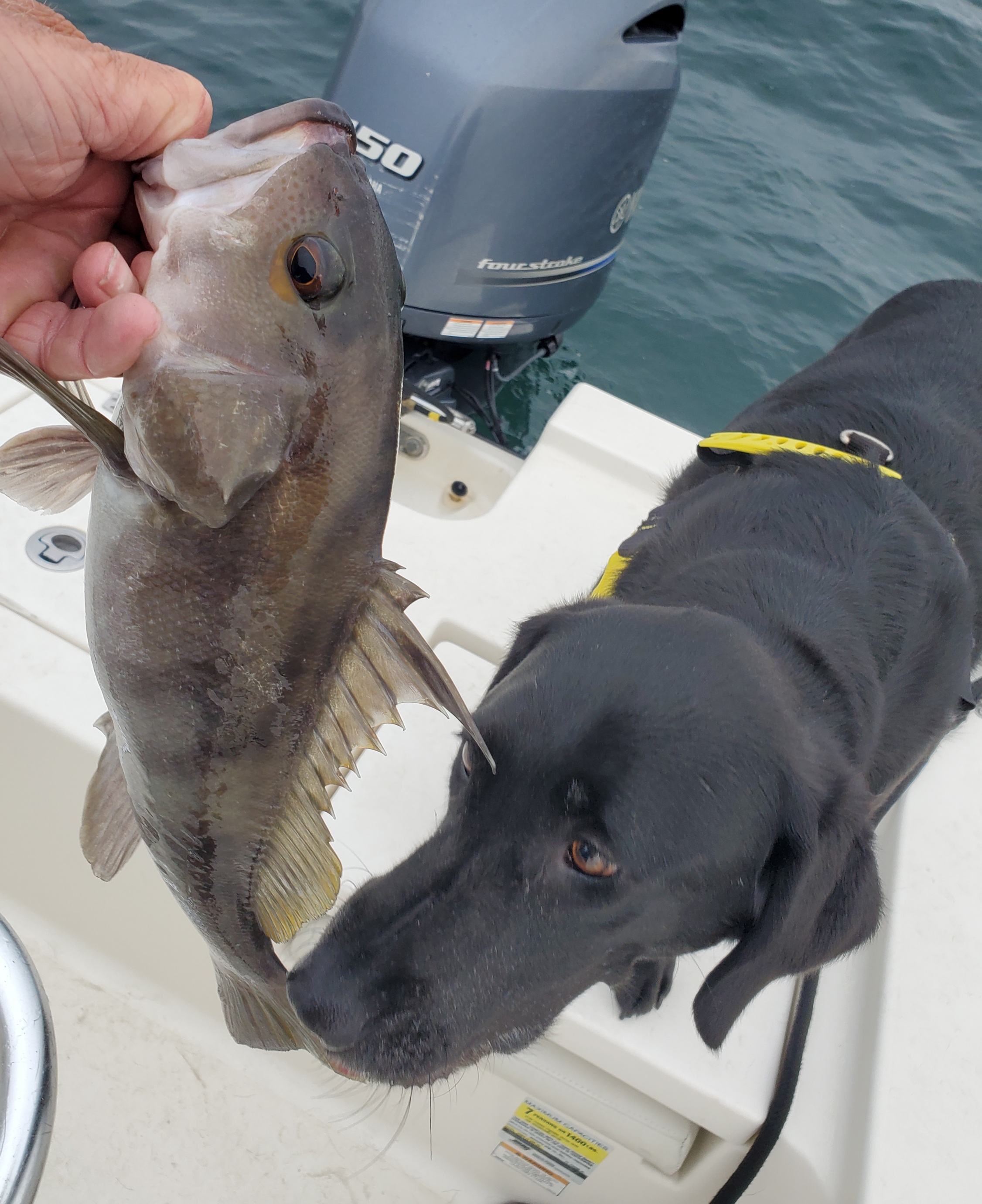 gill net, commercial boat sunshine was deploying while out with my daughter.

I now wonder how many set ups I have lost to those while dragging my swim bait or slow pitch near the bottom and then it comes tight.
Toggle signature
-steve
Reactions: mhanson59hb, Blitzburgh71 and ANGLING ALLEN
Upvote 0

AWESOME REPORT AND PICS...the dogs look STOKED upon
inspecting every fish and the dolphins TOO.

Another splendid day on the water.
Always love reading your posts and reely like the fact that you get out often.
Keeps us locals updated with conditions and action.

Gill netters seam to be all over the horseshoe these days, you got to wonder what regulations they go by as they clean out our local waters day in and day out. Anyone ever see what they are pulling up?
Reactions: ANGLING ALLEN
Upvote 0

Another day, another fish. That looks like a grass rockfish....
Toggle signature
Go ahead, make my day...