Inshore Izors 4/29, Calicos to the rescue!

The dogs and I took the bay boat out today to Izors. Great weather! Sunny, light breeze, no swells.
Fishing conditions were murky water, 10 ft clarity, good current late morning, very low tide early morning with weak current. Water temp wasn't working, said 29 degrees! Some dolphin feeding through the area, lots of bait, few birds, saw a big Mola that the dogs took an interest in. Looked like he had been hit by a prop, big gash on his side. He was just doing the Mola thing drifting along. He was a BIG one!
Slow in the morning. Put a few sand bass on the boat early, then slack tide. This seemed to bring the boats around me, had three guys motor in within 100 ft. It's a pretty big ocean, just saying...
Saw three sporties and about 8 private boats working the area. Anyway, put 33 bass on the boat, 12 inches to 19 inches. 8 sand bass in the morning, then the calicos came out to play! Caught 25 calicos! Mostly shorts and suspended, Still got two 19 inches! All released on plastics. Colors mostly favored the red spectrum. The K-Man specials got nearly half the total! Once again, had to move around to find the right area.
Dogs had a blast! One went in like 4 times! Water dog!
Wind started up around 2:30, headed in. By 3:15, blowing pretty hard.
Tight Lines! 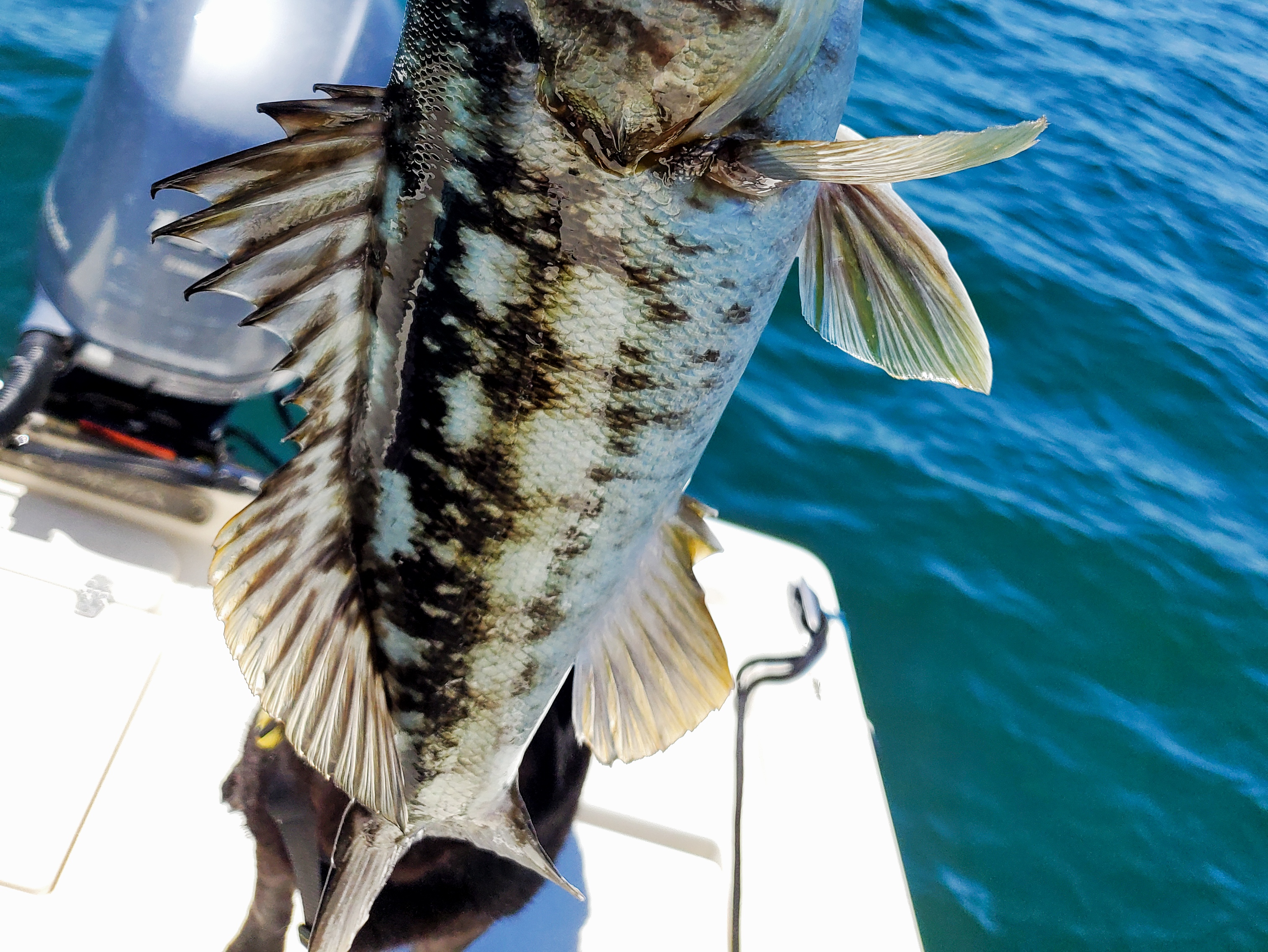 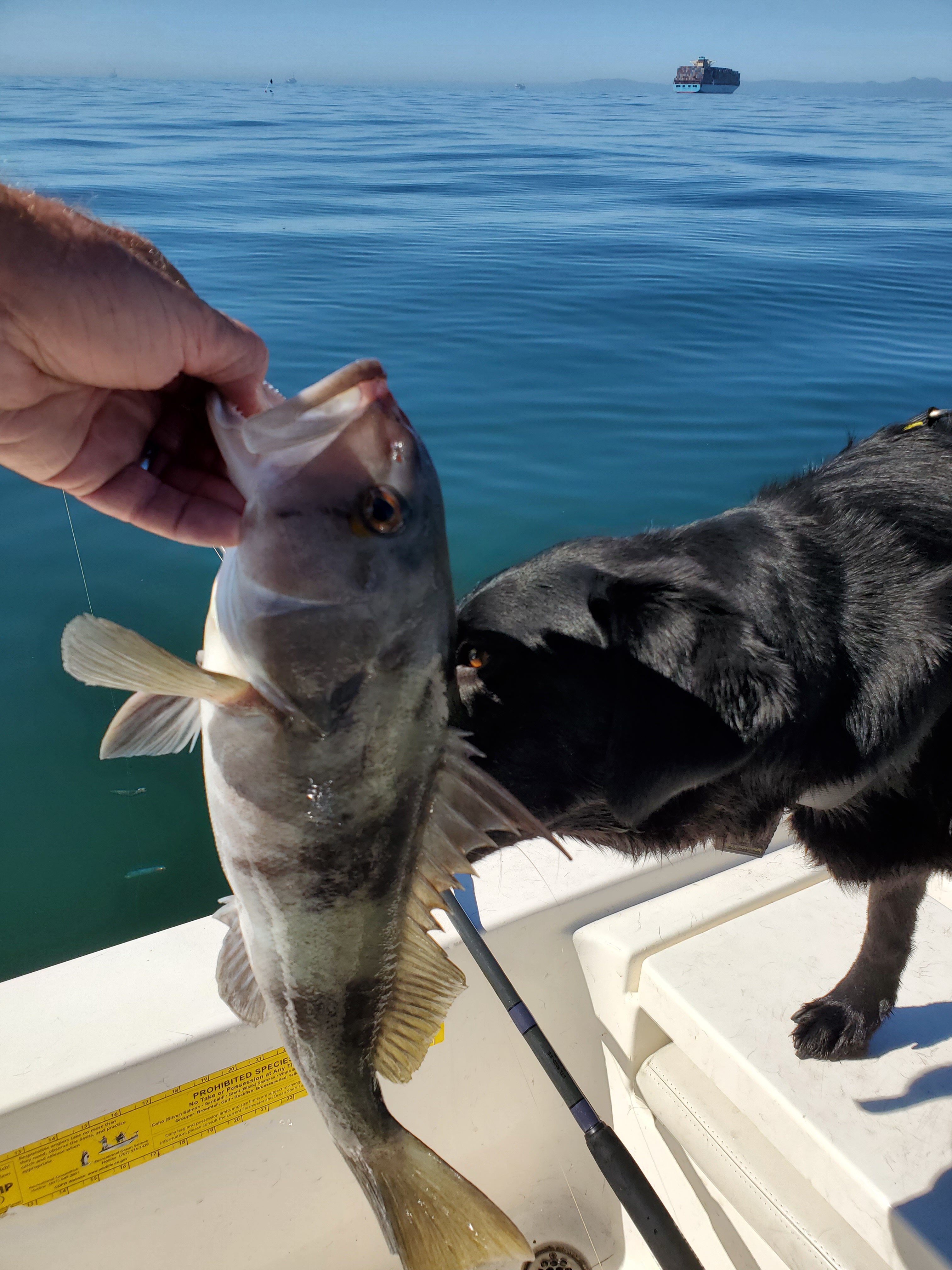 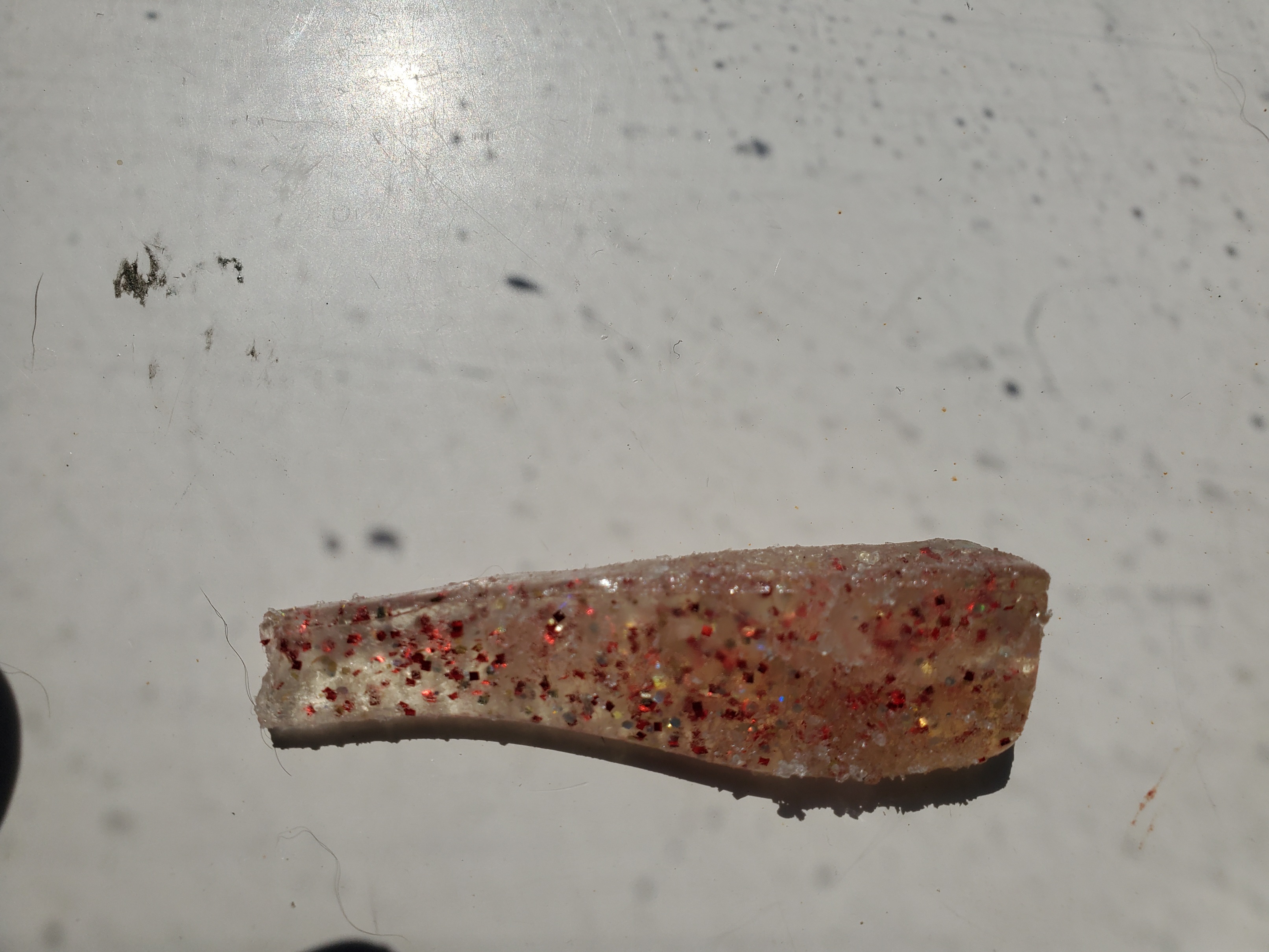 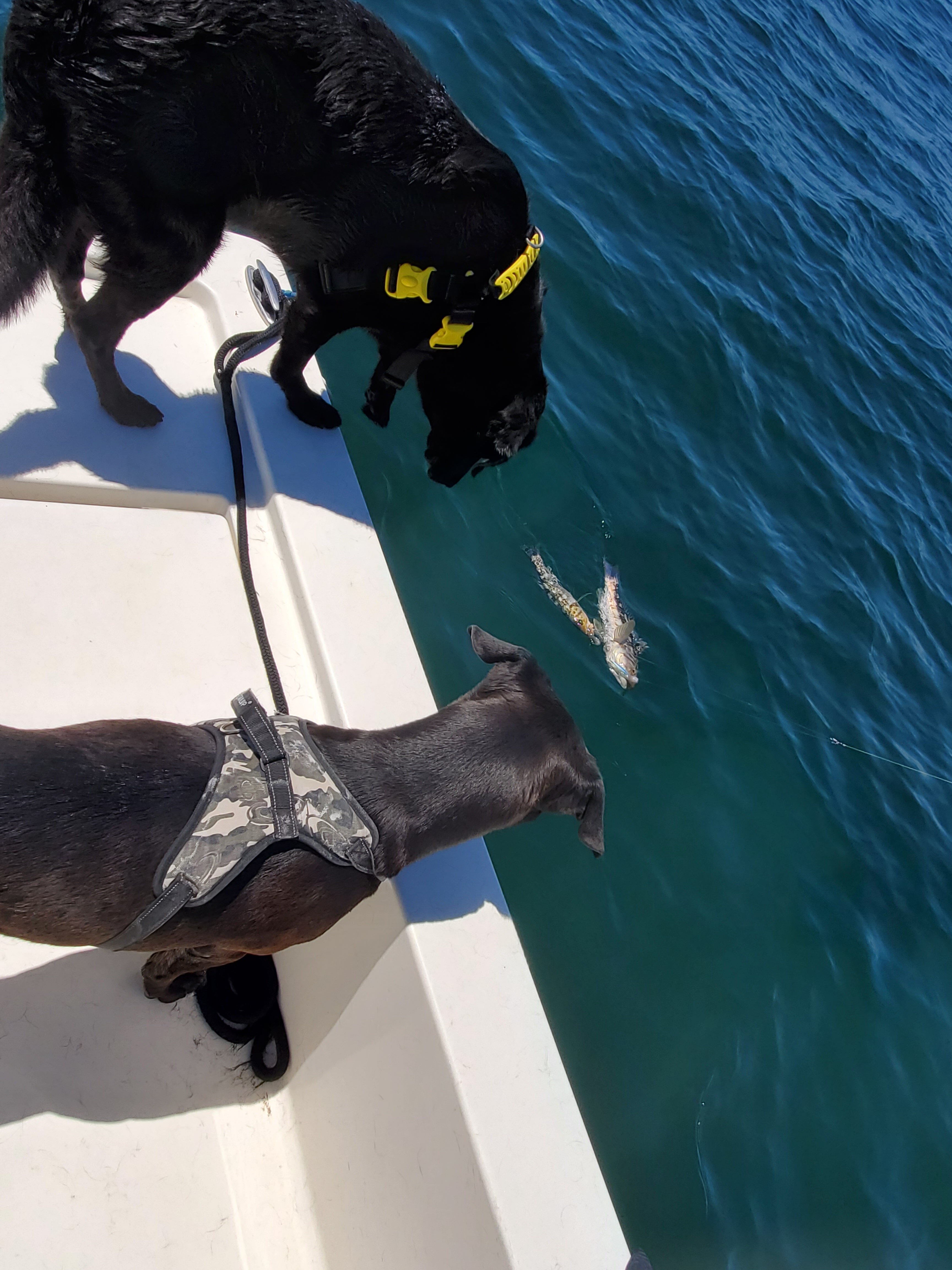 People keep bragging about their 19 inches. You have no proof! You didn't show the scale.

The sand bass are pretty nice grade. Too bad we just see less of them in terms of volume. Thanks for releasing those turds so they can reproduce.
Reactions: ANGLING ALLEN
Upvote 0

Looks like fun. The Co's were dog approved , but I think they
sought Turtle Tacos...to no avail?

Nice! We took a chance today and went up to Rocky Point looking for gar. Nothing happening up there. It was lifeless. I had a bad run on the double trouble rig. All it caught were rocks

Sounds like a nice day my boat has been dry for a few weeks and I need to get out thinking about hitting catalina sunday.
Reactions: ANGLING ALLEN
Upvote 0
H

Nice report Allen. Looks like you and the pups had a great day.
Reactions: ANGLING ALLEN
Upvote 1

I need to get a dog to take fishing

. Do they hold it or go on the deck. Asking for a friend.
Reactions: ANGLING ALLEN
Upvote 0

Hey man, sweet catches. Can you clarify the K-Man special? Looks like a sweet swimbait, where can I buy some?
Upvote 0
T

sdjfish said:
I need to get a dog to take fishing

. Do they hold it or go on the deck. Asking for a friend.
Click to expand...