1st day Capt. Pete started at the corner for nothing. It was supposed to be windy at Tanner the next day so they had some decision making right from the start. Not much happening at the corner and decent weather reports and updates helped Capt. Pete decide we would run to Tanner to try and get those fish they just got the trip before us. The run uphill was very very lame, almost

ingly rough.
We got to the bank around 2-3 am, dropped the anchor and waited till morning. Morning came with a plunker bite for 15-20 lb YT, some fly lined, some dropper loop, I think more hit on fly than dropper. I got one on dropper and then got some Whitefish, an all pink Sheephead, & some Sculpin. It was not wide open on anything but the seals. Later we unhooked and started flying the kite. A girl from Texas got the first kite fish and it was around 170 lbs. Bigger than her was her request and she got it! Not much else happening that day, we motored around looking but nothing wanted what we had.

It was blowing, not horrible, but it made it cold in the shade and fishing was a bit more challenging, but I think everyone was glad they decided to go to Tanner.

The third day we stayed out on the anchor at the bank. Again, not a wide open YT bite but I think we plunked away for about 23 more for a total of 40 for the trip. My buddy Nate was one of one or two of the only guys to get a BFT on a bait. There were a lot of dogs in the water, I got bit on something that ran me all way away to the front and then took off like a rocket by the anchor about 100 yards out. I see this MF'ing seal surface with a fish in his mouth like he's laughing at me. These bastards were getting really aggressive. We were the last boat to pick up and move so all of the seals who were being fed by ALL of the boats ended up at the back of our boat and it really started impacting our catches. I think we had two losses before the Capt said we're moving. We flew the kite and got another one that went 320 on the scale! We had started our way in sometime around 6-7, it was starting to get that pretty sky glow and the direction we were going made any swell almost disappear. Things were looking like I was coming home with (1) 15 lb YT for the 3 day trip, and I was a little bummed out about that. As we are rolling along, you start seeing a lot of boats spread out over a big giant area, and Capt. Pete comes on the loudspeaker to say something like this, "We're gonna stop, I can't pass this up, this might be the biggest spread of fish I've ever seen." I grab my Mac 16 with a Williamson Vortex 300 gram lure and one big Mustard 10/0 assist hook up at the top and drop it in the water just as the sun is setting. Using the JB Patriot hollow spectra really helped me find the right depth, I got down to the zone in about 15 seconds and jigged the lure up and down a few times, cranked it fast for a short run or two then dropped it back down, then I started reeling it as fast as I could like YOYOYOYOYOYOYOY and BAM, right towards the surface, maybe 30 feet left and I am bit! It feels like someone hooked a VW to my lure....so awesomely EPIC!

I pulled on it like the old man I feel like, and sooner than later (with tons of help and cranking thanks to a much younger Drew Palm) I had a 140 lb Bluefin tuna checked off my bucket list! My biggest tuna to date had been a 40 lb Albacore back in the day! I thought I was prepared for the pain, I bought the best rod for the job (UC Centaur)had a solid reel, and I thought I would crush this tuna and make it easy for me.......hahahahahahahah how wrong I was.

The guys on the Islander are the shit. I only fish that boat because of those guys. Well, it's also nice they have staterooms, but watching those guys work the boat, helping people land fish, getting crushed at the end of the trip and yet still every single one of them was out on the deck with gaffs, coaching, cranking, gutting & gilling, un-tangling and bottom line, LANDING ALL of those big fish in the last minute frenzy going into dark! They had already done 1st call for dinner and food service stopped because it wasn't just one big fish, this was almost like a wide open big fish jig bite like I’ve never seen before. It was one of the most exciting ends to a trip that I have ever experienced. All thanks goes to Captain Pete, his brother Matt, Drew Palm, Trace Bingham, Brody Nicholson, and Jake.

I added the report from Fisherman's Landing for our (3) day trip,
The frenzy was (10) giant tuna in less than 2 hours on the last day of the trip, on our way home. 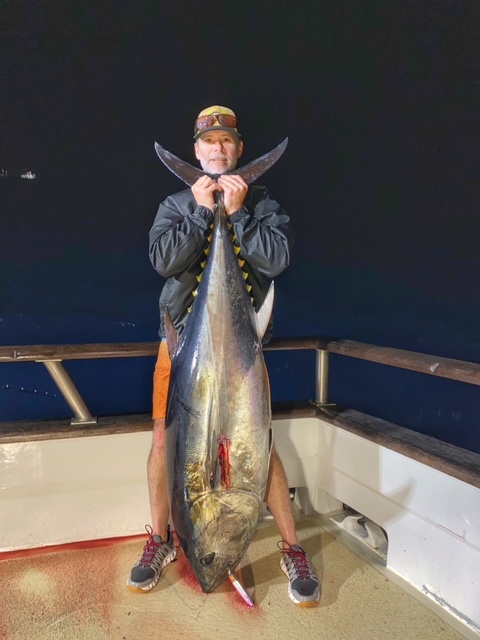 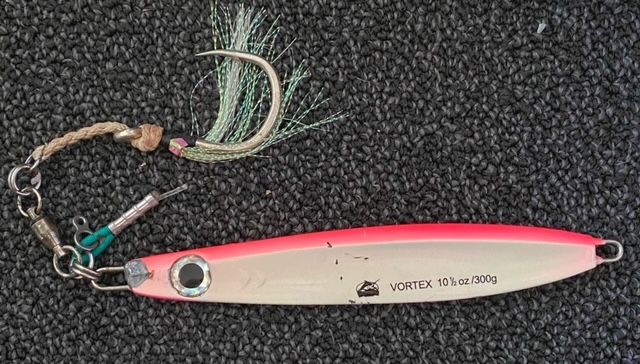 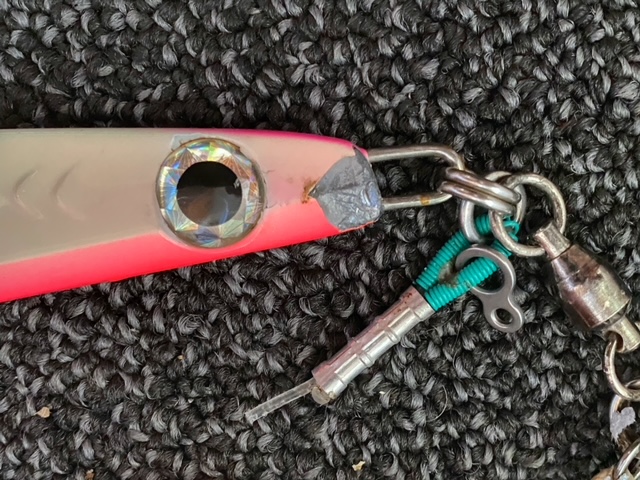 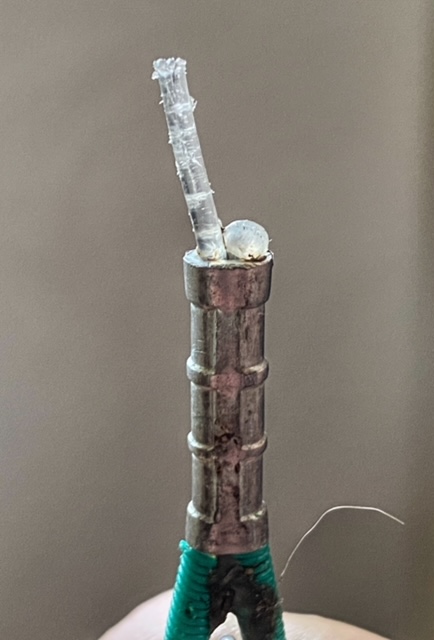 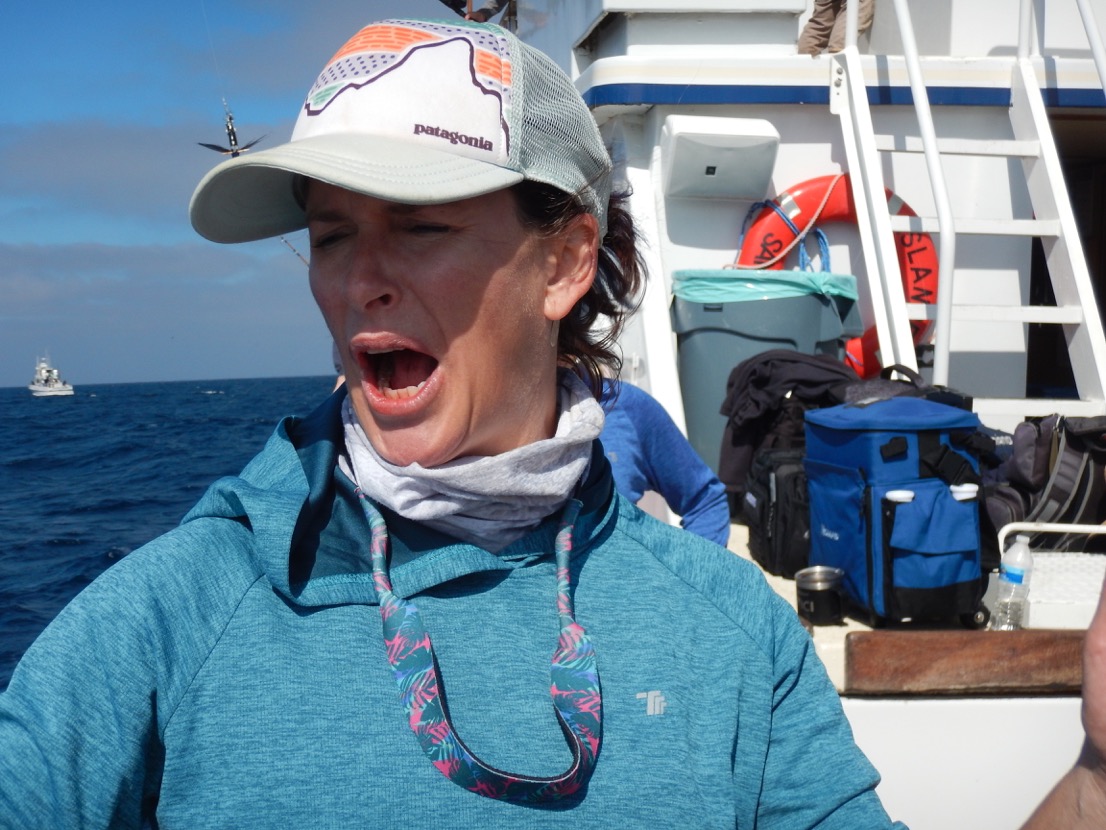 Congrats on the pb bft! Thanks for the pics and report.
Toggle signature
-AH
I get skunked and I can not lie
Reactions: stp and woodfish330
Upvote 0

Boom there you go thanks for sharing!
Toggle signature
JC
Reactions: Tuna Dreamer and stp
Upvote 0

Nice report and write up, thanks for sharing, congrats on that fish!! Never give up
Reactions: stp and woodfish330
Upvote 0
W

Two out in the ninth.... and BAMMMM!! Sometimes things have a strange way of working out....dont they? Probably 10 minutes before that "Final" stop..... you were second guessing the "go to Tanner" move. Only one 15# YT for the whole.....

I'm not necessarily a religious person... but...
THANK YOU GOD!! Nice post....nice picts... great trip for you guys! Love that boat and crew!!
Reactions: Tuna Dreamer and stp
Upvote 1

Too big for the dogs to eat! It should eat them! Congradts, and thanks for the report!
Toggle signature
He' on again?
Reactions: Tuna Dreamer, stp and woodfish330
Upvote 0

Congrats . I really need to see pics of the 320 pound tuna ! How is that not big news ?
Reactions: Tuna Dreamer and stp
Upvote 0

Congrats on the pb bft! Thanks for the pics and report.
Click to expand...

rodngun762 said:
Nice report and write up, thanks for sharing, congrats on that fish!! Never give up
Click to expand...

Thank you!
Toggle signature
-out
Upvote 0

rodngun762 said:
Nice report and write up, thanks for sharing, congrats on that fish!! Never give up
Click to expand...

thank you!
Toggle signature
-out
Upvote 0

short-range said:
Boom there you go thanks for sharing!
Click to expand...

thanks!
Toggle signature
-out
Upvote 0

woodfish330 said:
Two out in the ninth.... and BAMMMM!! Sometimes things have a strange way of working out....dont they? Probably 10 minutes before that "Final" stop..... you were second guessing the "go to Tanner" move. Only one 15# YT for the whole.....

I'm not necessarily a religious person... but...
THANK YOU GOD!! Nice post....nice picts... great trip for you guys! Love that boat and crew!!
Click to expand...

I was not second guessing Tanner, it's where I got my only fish until this one so....I will admit that mid-trip I was internally pissed off that I paid for a 3 day trip to go rock fishing 100 miles offshore in windy conditions. Thank you!
Toggle signature
-out
Reactions: Tuna Dreamer and woodfish330
Upvote 0

tunakillerjoe1 said:
Too big for the dogs to eat! It should eat them! Congradts, and thanks for the report!
Click to expand...

Yeah, this one was dog proof today. Thank you.
Toggle signature
-out
Reactions: Tuna Dreamer
Upvote 0

It took a while before it became "awesome" Thank you.
Toggle signature
-out
Reactions: Tuna Dreamer
Upvote 0

Predatormonster said:
Congrats . I really need to see pics of the 320 pound tuna ! How is that not big news ?
Click to expand...

Other boats have caught fish that size (maybe even bigger) this year so....This post is from Trace's IG page. This should also end up on Islander's page soon as this was their biggest tuna this year, if not ever. 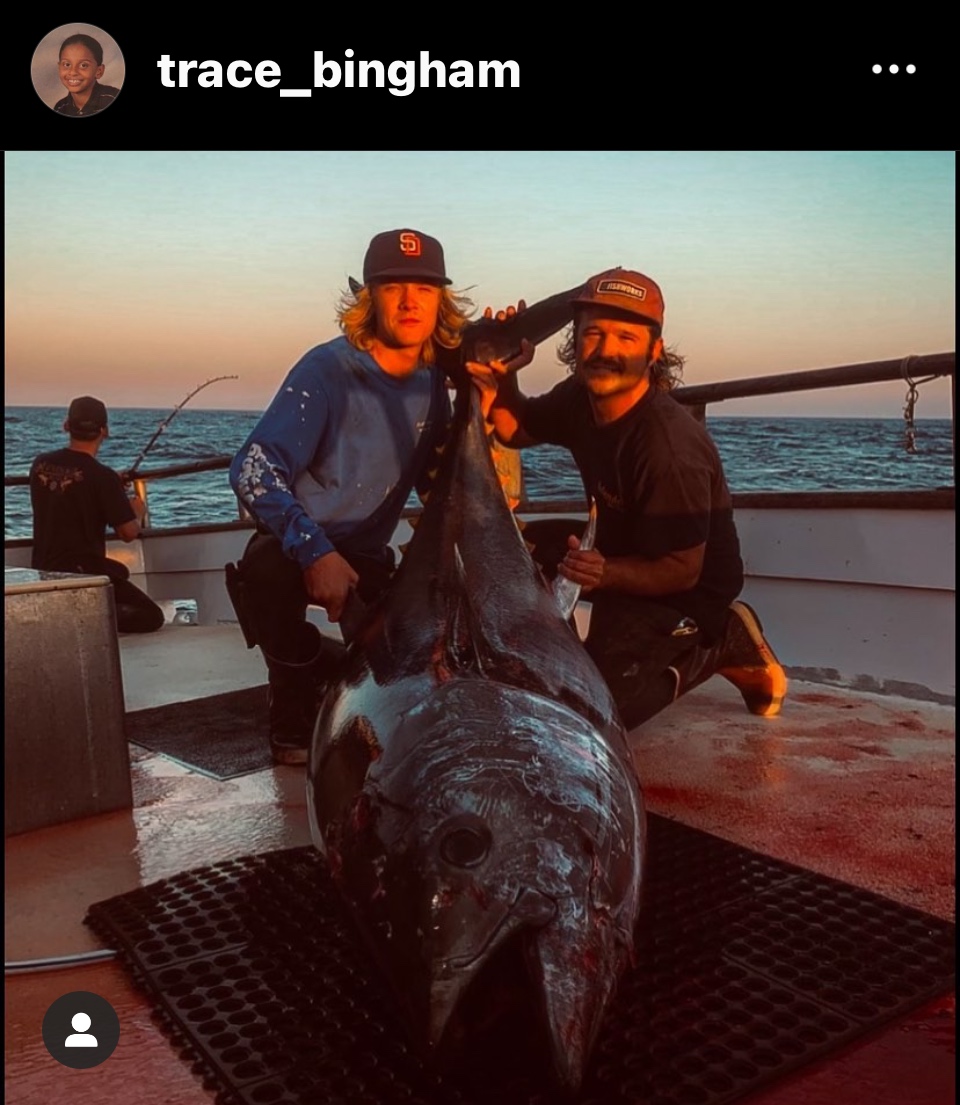 Thanks for the report Shawn. You definitely earned that fish considering what you had to do to get on board…

Cool back story regarding @stp and this trip. One week before we were scheduled to leave he realized his passport was expired

. He talked to the landing and they said no way to board the boat without it. Figuring he’s probably screwed, he spent a day researching and calling around to try and get a emergency passport from our local San Diego Agency. No dice on an appointment before the trip. However the El Paso Texas Agency had an appointment the day before we were scheduled to leave for our 3 dayer. So what did he do? Yep he flew to fricken Texas to get his passport so he could still make the trip!! That’s some serious effort to go fishing!
Reactions: goodkarma, SilverBullet97, Peg North and 4 others
Upvote 0

One of my go to boats (for past 20 yrs)
Reactions: stp
Upvote 0
Show hidden low quality content
You must log in or register to reply here.