I took a break from fishing for a while and I've missed some great content. Your two build threads have been my nightly read lately. Everything looks stellar, congrats on the comeback to the boat business.
Toggle signature
Surge, AKA Swordge
714-401-3761
[email protected] Its been a long time since I updated this post, we've been slammed! I'll throw a big update up as soon as I figure out how to load a bunch of pictures on this new format BD. For now, enjoy a few pics of our latest hull to hit the water. This one will be at the upcoming Miami Boat Show starting next week. 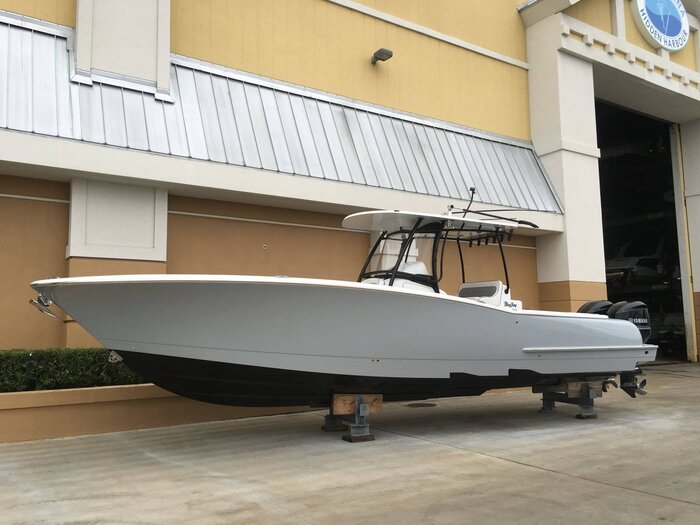 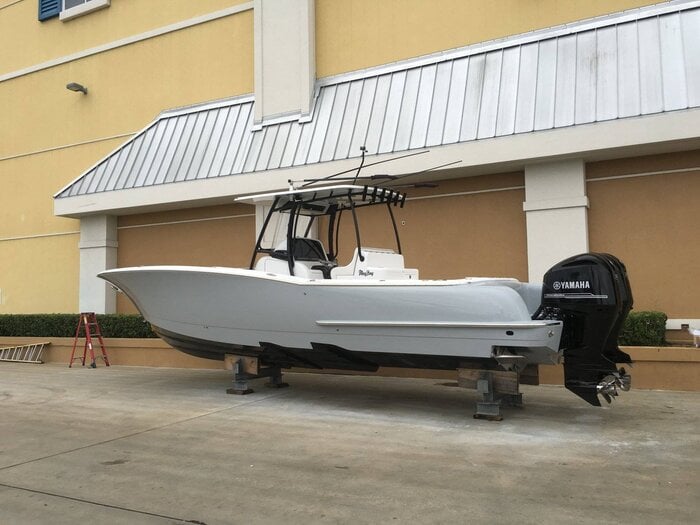 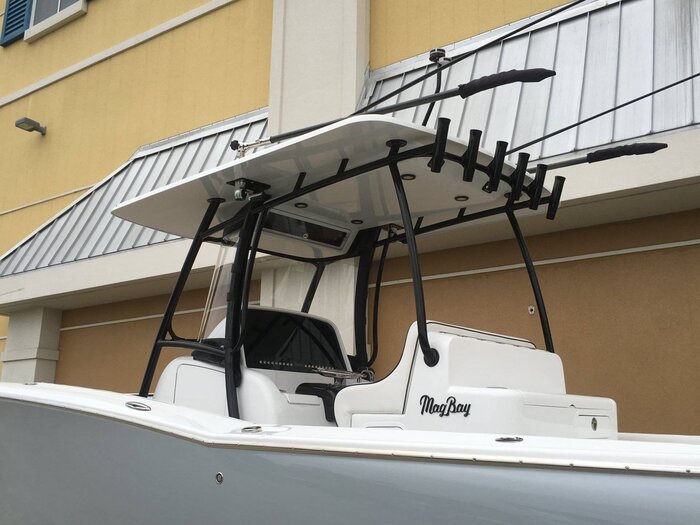 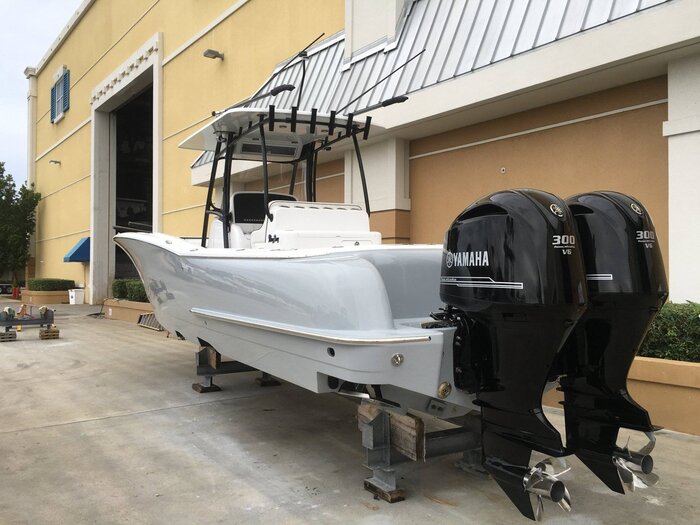 Sick. That one will be hard to see while offshore. Black yamaha's... Cool.
Upvote 0

Digging the color scheme on that one!

Had the opportunity to check the boat out at the Miami show. Pics don't do it justice. Fit and finish is top shelf. Pretty much you could take a look at a the bilge and know the attention to detail that goes into these.
Upvote 0

Just got back from the Long Beach FHS. Was able to climb aboard the Mag Bay CC. WOW! That is one awesome sled! Great lines, attention to detail everywhere... If I was in the market for a big mono hull CC, Mag Bay would be a serious consideration.
Reactions: tanner.s and NGSD1
Upvote 0

JoshuaD said:
Just got back from the Long Beach FHS. Was able to climb aboard the Mag Bay CC. WOW! That is one awesome sled! Great lines, attention to detail everywhere... If I was in the market for a big mono hull CC, Mag Bay would be a serious consideration.
Click to expand...

I just did the same and walked away with the same impression, Barrett is carrying on the tradition proudly.
Toggle signature

I spent about 45 minutes on this boat yesterday, with Phil the VP of marketing. He was super cool spent a lot of time explaining everthing. This so beautiful the best thought out fishing boat I have seen! Here is one example, the bait tanks with the lid closed are filled to the top and pressurized so that underway the water does not slosh and so the bait never bangs around and get beat up. Also the head is amazing.
Love this yacht!
Upvote 0

I work around the corner from their factory and poked in one day, WOW.

I work for a aeronautical company building and designing aircraft and i think there attention to detail is superior to ours.

I went to the FHS in long beach and forced my fiance to go(she dosnt care about boats). she didn't care for any of the boats until she saw Mag Bays boat. She loved it and wanted to know why our boat wasn't that nice. (because i can only afford things as old or older then i am)

She still says how much she likes it from time to time, "how pretty it was". If i could afford it, it would be an easy sale to her.
Reactions: tanner.s
Upvote 0
P

Any updates yet???
Upvote 0

Just got back from a cruise to Mexico and walking through Cabo I saw this and said to my wife holy shit, I know this boat!! 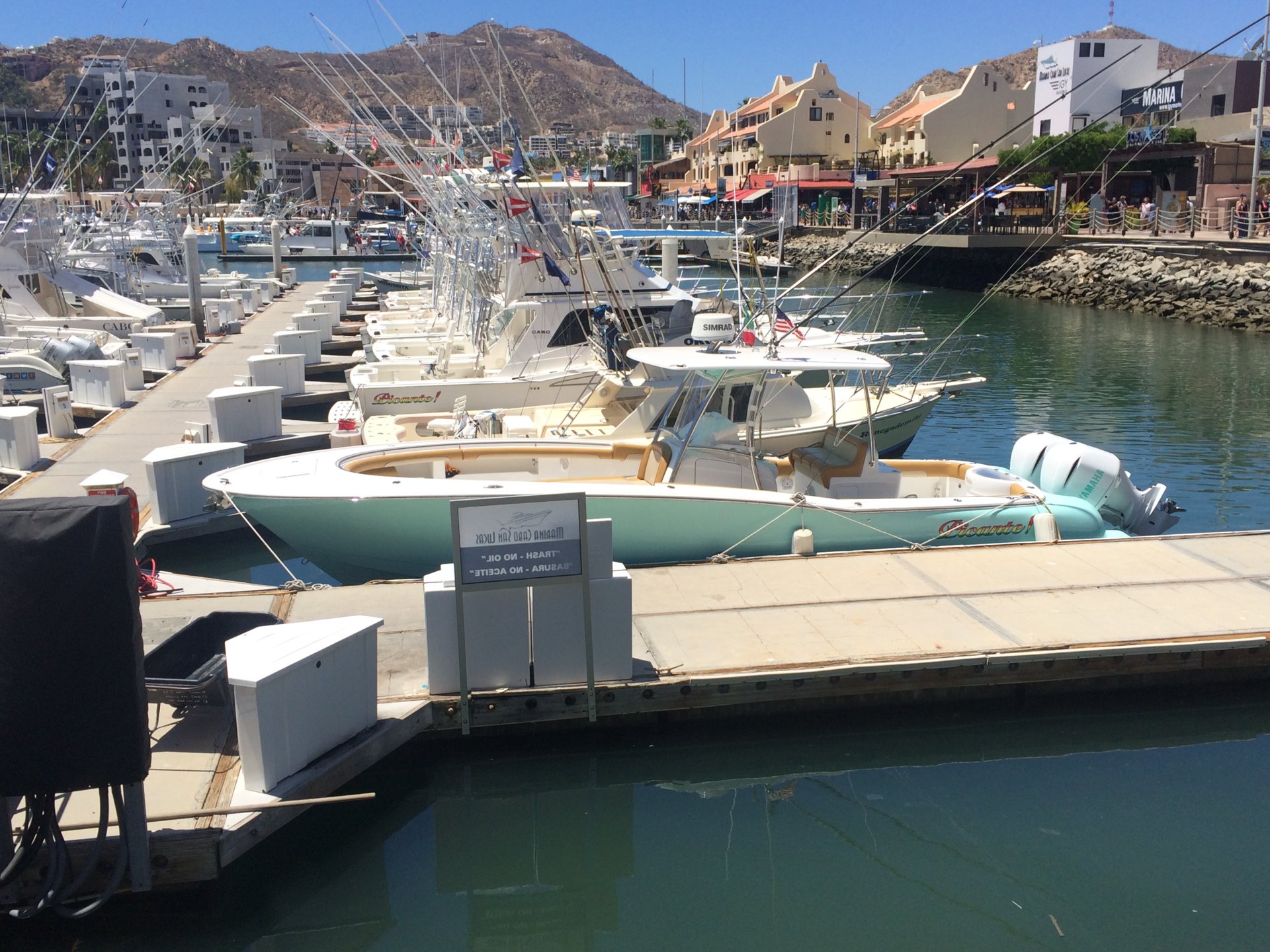 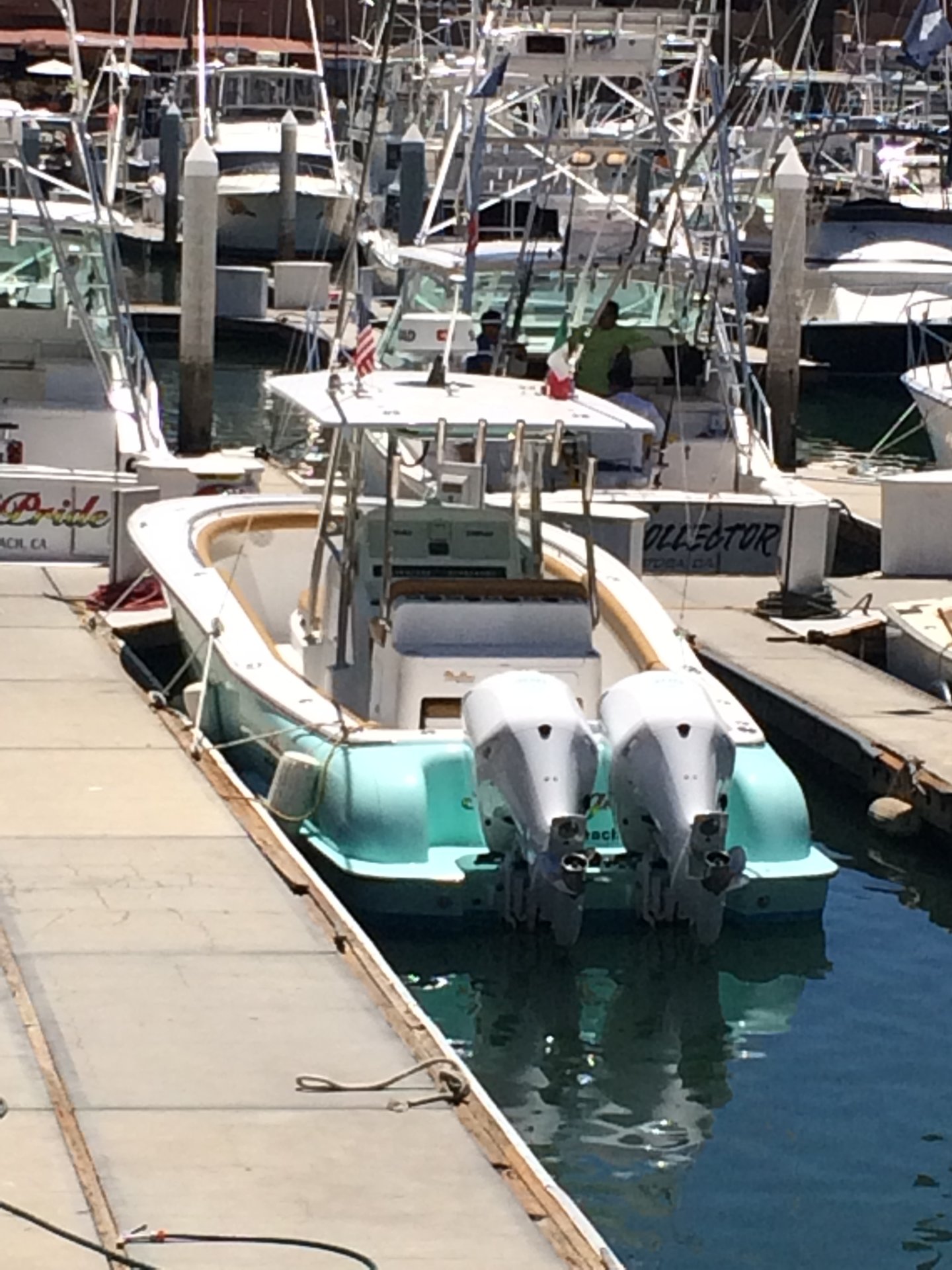 Really made me want to go back with more time and go fishing! Looks beautiful, they're taking great care of her.
Reactions: LarsTheViking and Jason
Upvote 0

Is that really their next venture?

Is that really their next venture?

It's coming! Build thread when we get to that point. Hopefully by March or April we will have plugs to start working on.
Reactions: marlyn, ?? fisherman and bman440440
Upvote 0
P

It's a far different boat than a quad outboard. Competition should be more along the lines of Viking and Hatteras.

A lot of work, beauty and history gone right there.
Click to expand...

I'm not sure what happened to the pics? That was a lot of work! lol
Upvote 0

Photobucket decided to start charging for posting "their" pics on other's websites. They consider your pictures their property. You prolly did not get the word. Try to recover your account if you want them back
Toggle signature
C-Ya
Upvote 0
P

Mag Bay Yachts said:
It's a far different boat than a quad outboard. Competition should be more along the lines of Viking and Hatteras.
Click to expand...

You can't ignore the 37' - 42' OB market because that is where the buyers are. Hope your Express takes off but that has been a somewhat depressed market, really shrank in size compared to the pre-outboard boom. Are you going IPS or conventional shafts?

Want to see a West Coast builder of Cats, the three year backlog that Freeman is running is too hard to ignore, lots of pent up demand (still).
Upvote 0

PacificBlue said:
You can't ignore the 37' - 42' OB market because that is where the buyers are. Hope your Express takes off but that has been a somewhat depressed market, really shrank in size compared to the pre-outboard boom. Are you going IPS or conventional shafts?

Want to see a West Coast builder of Cats, the three year backlog that Freeman is running is too hard to ignore, lots of pent up demand (still).
Click to expand...

We looked long and hard at what our next boat should be. We have had a ton of requests for a 40' outboard boat and a ton of requests for the express boat. When it comes down to it, there are a few competitors in the express market versus over 50 in the outboard world. We feel its better to get back to the boat we know and get that end going before we come out with the next outboard boat. There will be another center console eventually it'll just be a while. We have a really good idea of our customer base and what they are looking for.

As for the cat boats, Freeman will have some real competition soon. Invincible has a cat, Seahunter is coming out with a cat, Barker has a cat in development, Compemellia, Calcutta, Prowler, Insetta all have cats on the water. We thought about it but we've found that its really the hardcore fishing guys gravitating towards cats. Though we build a nice fishing boat, catering specifically towards that market isn't the best path for us.
Reactions: The Right Kind and makairaa
Upvote 0
P

Wishing you guys much success in whatever you build, keep at it!
Upvote 0
Show hidden low quality content