Launched @ Marina Del Rey, and WE headed down south to pick up some nice Sardines @ Redondo Bait. Fished the corner for 2 quick drifts for nothing, and then headed across the bay 18 miles. Finally managed the right kind at 11:45 AM, a 33 pound Halibut.

Been trying to add the PIC, but it keeps saying the PIC is too large and it's been shrunk down to 50KB. I have new home computers and a new iPhone . . . no fucking idea what's going on, shot Jason the PIC maybe he can add?

Again, caught on a 3-way swivel with a Spanish Mackerel for bait, 30# mainline, 30# leader, 64 feet deep, 62 degree water, drifting speed .7 knots which for me is the optimal drifting speed, no drift sock out, violent hit with the fish inhaling the bait, lots of Grunion still swimming around post last morning of Grunion-run, nice uphill current, water color Halibut green, water clarity Thresher brown tinge, lot's of bait all over SMB, not as many Porpoise but they're still around chasing fin bait with some crazy acrobatics thrown in, bagged and froze all the sardines in preparation ROCK Halibut season. 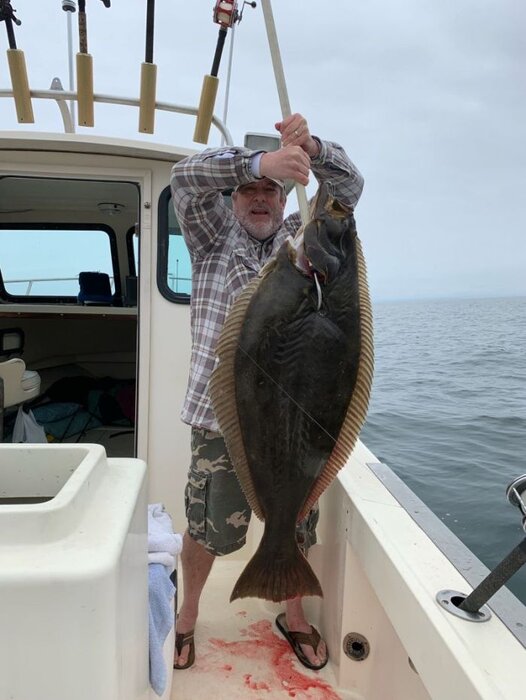 The picture problem is not because of you.
I’ve been trying to post a report up too but it says image is too large. Never had a problem before.

I never get tired of reports with 30+ pound flatties. That's a trophy fish all the way. Congrats. Would love to see the pics.
Toggle signature
Go ahead, make my day...

Congrats on the flattie.
That picture think has happened to me before. What I did was screenshot my pic, then posted the screenshot. For some reason that worked.
Looking forward to seeing the big butt
Upvote 0

What’s up with the pictures?
Upvote 0

Congratulations, I just found out what one looks like also.
Lots of meat on those big girls.
Upvote 0

I'm picturing my front door matt from costco, but a lot thicker.
Upvote 0

I love big butts!!! The server is back up, you can post pictures.
Toggle signature
One Shot One Kill - From a place you will not see comes a sound you will not hear.
Upvote 0 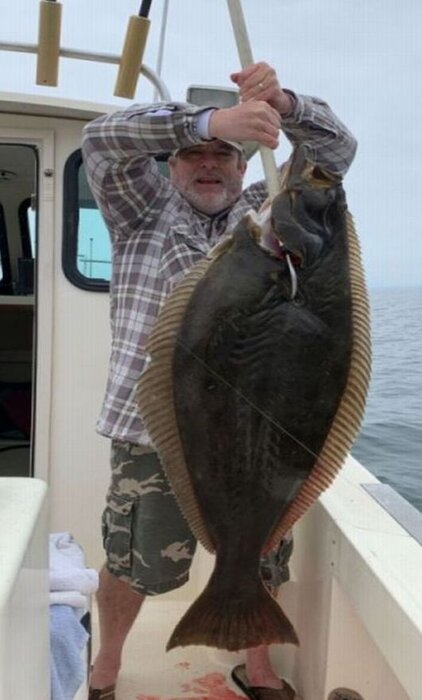 Offshore Seasons over for me! Six trip break down.