Sitting in my recliner on Saturday afternoon feeling sorry for myself after canceling rockfishing in Morro Bay (6ft @ 8 seconds didn't seem like a good time), I was checking Facebook and saw the pier pirates were wide open on the T sharks on Huntington beach pier. Remembering the bass and barracuda had been pretty hot on the flats lately, i figured things might line up. The swell report looked good. My son said "let's go!" So I got off my ass and had the boat packed and we were heading south by 6pm. Got to Southshore launch ramp at dark thinking it would be an easy launch as it has always been. Wait, that was when my days off were during the week. Complete shit show with cars, motor homes, etc lining the parking lot. The dock lined with people unloading their boats on the ramp and every other thing considerate people just don't do. Finally got the boat in the water and truck parked in BFE after dodging motor homes and everything else people decided it was a good idea to bring to a launch ramp. So off to Rainbow Marina in a guest slip to eat some dinner and drink a few beers before an attempt at sleep before getting up to fish the high tide at approximately 10am.

Got up about 8am after a restless night (Subwoofers and gunshots will do that too you) and headed to nachos and got a beautiful 1/2 scoop of cured sardines. Did I tell you how beautiful they were? I didn't lose a single bait all day. We turned the corner around the wall, but it was just too foggy. I did a 180 and anchored up off the outside wall to mess around until the fog lifted. We stayed there for a few hours while I kept my son entertained catching mackerel to fill up the chum bucket. After the fog lifted enough, I thought we'd head to the Shoe and fish our way south to the flats. the water was 62.4 degrees and dirty blue. Managed a nice whitefish and sheephead for the boy. Nothing on plastics or live bait. Couldn't buy a bite unless it was a chunk fished on the bottom. Made our way to south and hit the 105 and mussel farm for nothing.

Arrived on the flats and slow trolled a ballyhood shark rig with a mack pinned on crossing our fingers for a T shark. Found a few birds working and metered some bait, but never found the sharks. Water was dirty green and same 62ish water temp. We boxed the area in front of the pier pretty hard for a few hours and decided to try izors (same nothing as the other spots) on the way back before heading back to what I knew was waiting at the ramp.

We decided to head back to the ramp around 6pm. Stopped inside the wall to gut and gill my sons prized catch with a pocket knife (forgot the dexter russels). Got back to the ramp and it was exactly what I expected. After 30 minutes or so waiting our turn to pull up to the dock, I finally tied off and retrieved the truck and trailer. I waited another 20 minutes or so for the guy in front of me to finish loading his go fast. Finally backed the trailer down into the water and got the boat loaded. We got the boat strapped and everything put away for the looonnnng ride home. We bypassed the washdown because it was 3-4 boats deep on both lanes with people doing more than washing down their boats. We drove straight home without stopping. Took us almost six hours due to traffic.

This was my son's first time on the open ocean. He handled it like a champ and was a great first mate. We both can't wait to do it again (think I see an overnighter at Cat in his future). I think the next time around, we'll be going to sunset aquatic with a roll of quarters for the washdown. Think we had enough of Southshore. 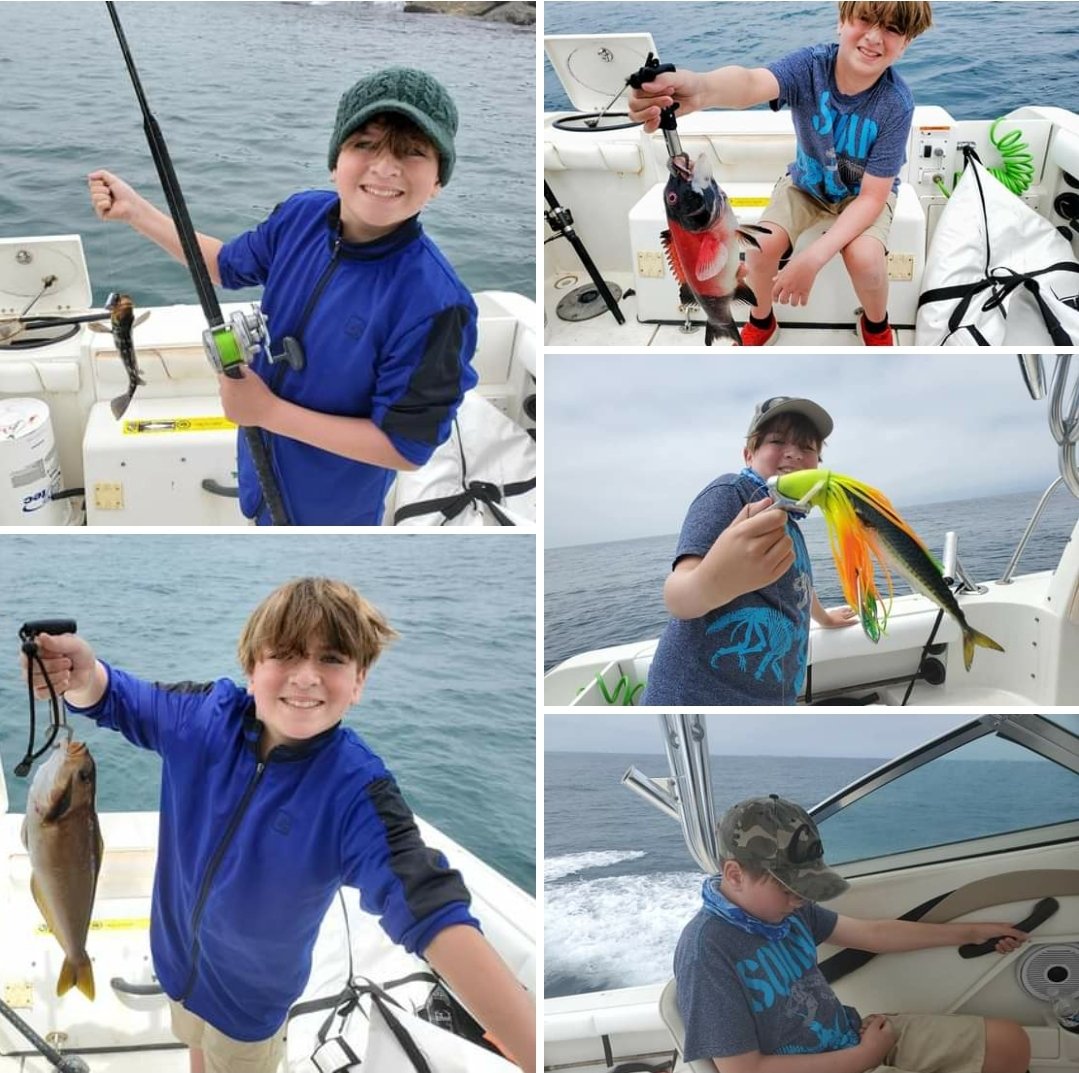 Right on taking the kid fishing.

Dana Point was the same, ratty scows tied up for hours unoccupied with west marine parts bags inside, Sea Doos tied up in the launch zone, loading, unloading, BS’ing, or who knows what.

Parking is a disaster in DP now as well with the reduced lot crammed early.

We need to open up again, just for my personal convenience at the harbor!
Expand signature
Invictus 42-AVD

Reactions: monster1 and the SLIDER

My kid suggested that we take our truck and just run over all the plastic Parking dividers at DP. What’s wrong with kids these days
Reactions: chopper976, mhanson59hb, Reel_Brew and 5 others

Embarcadero is the premier "Turd Circus".

Not bad if you're there at gray light with the serious guys. By mid morning the entertainment begins; everyone with one half of a brain is there. Ski doos, kayaks, paddle boards, folks fixing their boats, others eating lunch tied off as well.

They really need an attendant with a bullhorn, just like a public pool.
Last edited: Aug 3, 2020
Reactions: mhanson59hb, Rocket Dog, pacificscout and 2 others

In the past, my buddy and I would trailer down about 10pm and get to the launch about 1am when its a ghost town. Come back in and load about 9pm, wash down in an empty parking lot and be relatively traffic free on the I5 north. But that was during the week. I hurt so bad from the ride home and getting home late that I called in sick to work. Had I known, we would have spent an extra night.
Expand signature
The potato goes in front

the SLIDER said:
Embarcadero is the premier "Turd Circus".

Not bad if you're there at gray light with the serious guys. By mid morning the entertainment begins; everyone with one half of a brain is there. Ski doos, kayaks, paddle boards, folks fixing their boats, others eating lunch tied off as well.

DP is so bad I won't even launch there unless night fishing. Easier to launch at Newport and make the drive down in the boat.
Expand signature
@flytieoc on Instagram

Hb and Newport are the same, the ramps are crazy busy. Great job getting your son on the variety of fish!
Reactions: monster1

Thank you. My favorite launch is sunset aquatic park. I think its remoteness and sheriff substation at the launch would put a stop to the bullshit I saw at Southshore. I understand busy, put this was chaos. They turned it into a campground and parking for BMW's. I think if I come down a little later and launch around 10pm the night before, I'll miss the crowds.
Expand signature
The potato goes in front

Good on you for getting the little ones on the water! Regarding South Shores.... [email protected]%& that place! It use to be my favorite hidden ramp. Word apparently got out to EVERYONE who owns a jet ski. I launched there two weeks ago and it looked like a So. Cal. gang member convention. It doesn't get any more ghetto in LA county than that ramp on a Saturday afternoon. To top things off, some ass-hat took out my right trailer signal housing and didn't have the courtesy to leave a note. I only sleep good at night knowing that the heavy gauge galvanized steel housing had to do some significant damage to the fender that tagged me. I'm done with that place. I'll go to Davies Launch Ramp for my local trips for now on. OK, I'm done getting all worked up. Nice report! 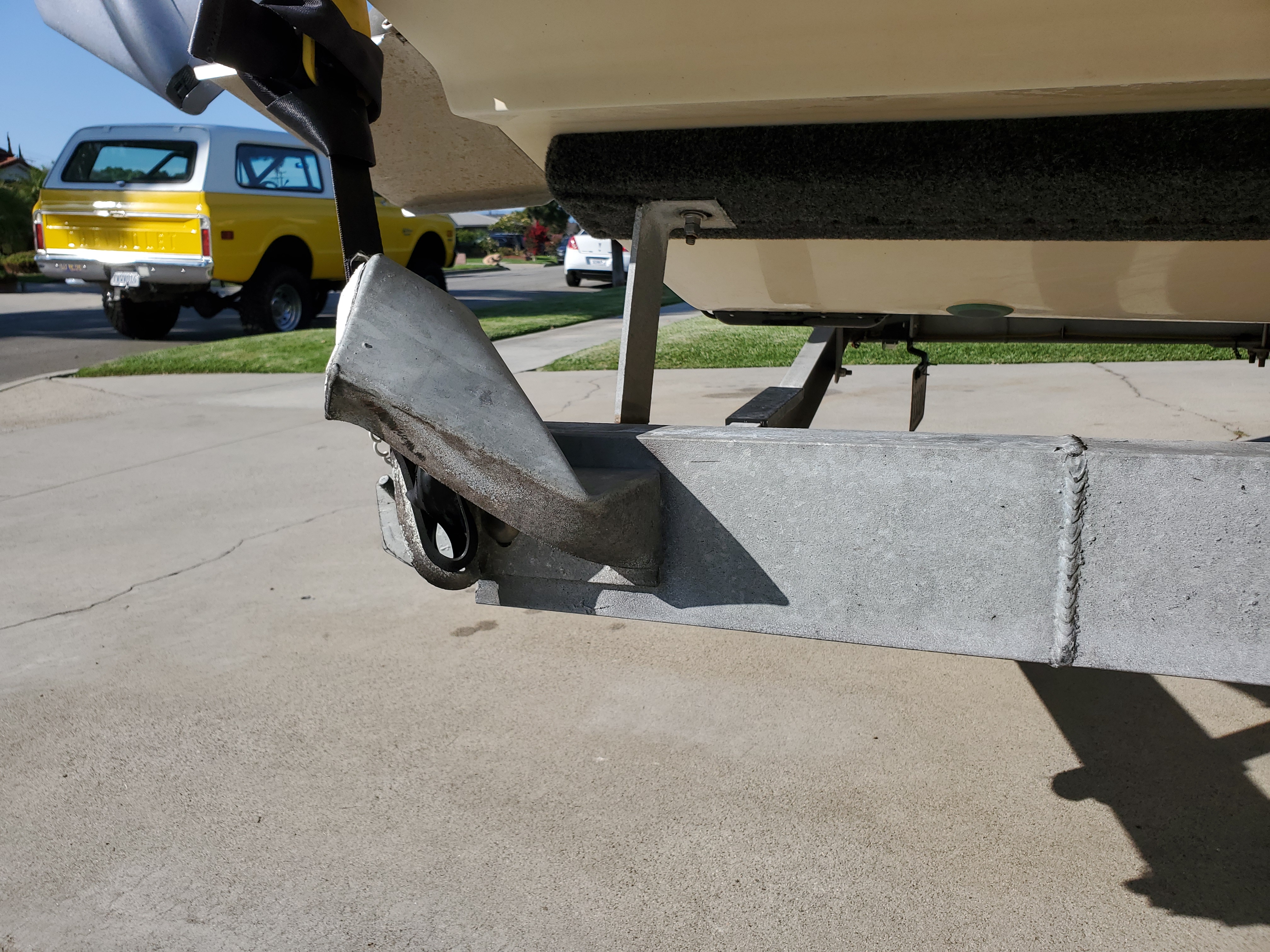 I launched at S#%tshore on Saturday..not bad as we launched @6 AM...but coming back was a mess. Some asshat homie with a brand new fastboat had it in the water, on the trailer and I waited...besause asshat #2 was tied up to the adjacent dock blocking the lane. He was no where to be seen. The hoodrats were standing around the go-fast for 1/2 an hour doing nothing. Finally I tell my bud to pull right of the gofast and I squeezed in front of the docker (with inches to spare) and get on the trailer. When I get to the top of the ramp area I pull next to a parked Escalade to tie down and I look over and two black guys were rolling joints on the dash. When I get ready to leave, they got out and went down and got into the go-fast and finally pulled their truck off the ramp.... I wish Garsucky would open Cabrillo soon... Goo job getting the kid on fish OP...Great photos!
Reactions: monster1

You get what you get at South Shore. Son and I are launching our kayaks at south shore. Need to hit the head before going out. 400 lb women showering from sink in mens room naked. Walk back to our kayaks, sons asks to hold them so he can go. I said no, your eyes will never recover.
Reactions: max
I

good stuff getting the youngster hooked up!
Reactions: monster1
R

Is the Cabrillo launch closed?

Thanks for the props guys. Yes, you guys described to a TEE the shit we experienced at the ramp. I think I'm better suited to go to sunset aquatic from now on. I like southshore only because its a shorter ride to the slip if I'm staying local. But last time we were there launching, there was a hobo washing his ass in the sink in the bathroom. Ive always worried about losing my indash dvd player there too. I think ill burn the extra fuel in my truck and my boat and launch from sunset. All this extra bullshit isn't worth the headache.
Last edited: Aug 6, 2020
Expand signature
The potato goes in front
Show hidden low quality content
You must log in or register to reply here.
Share:
Facebook Twitter Reddit Pinterest Tumblr WhatsApp Email Link