Went out on a last-minute trip when I realized I could take the day off work today. Since my last two bass trips to the Horseshoe went so well, thought I’d try my luck again this week before my first rockfish trip next weekend.

Morning was a CHILLY 45 degrees at 6am, and the water was also super cold at 54.7 degrees in the morning (warmed up to 56 degrees at the most). With the cold water, wasn’t expecting much, but ended up doing really well.

There was a bit of a lull first thing in the morning, but at maybe 8:30 it was like the floodgates opened and it was non-stop action. As in the past, drifting around worked the best, as the fish were really scattered. My past two trips I did really well very near the breakwall, but this trip, the biting fish were a bit further out.

Had two rods in the water, and nearly all the time I got a fish on one, the other one got bit as well. It really didn’t seem to matter what color or shape I was using (all plastic swimbaits), if it had a fishy profile, it was getting bit. Kman, super flukes, BH, tubes, etc… all worked about equally well.

Wind was somewhat aligned with the current in the morning, which made things easier. Ended up with 49 fish total, mix of calicos and sand bass. Probably 1/3 were easily legal (all released), 1/3 were +- 1” of legal, and 1/3 were super dinks (mostly on the tube bait). Bite completely shut down at 11ish. Tried for an hour to get one more, to round out an even 50, but it just wasn't happening.

As recently as 2 years ago I was a 100% freshwater bass guy, and I used to take the winter months off because it was so slow and not really fun. I should have been fishing the ocean instead! But not sure if this year is typical or not. 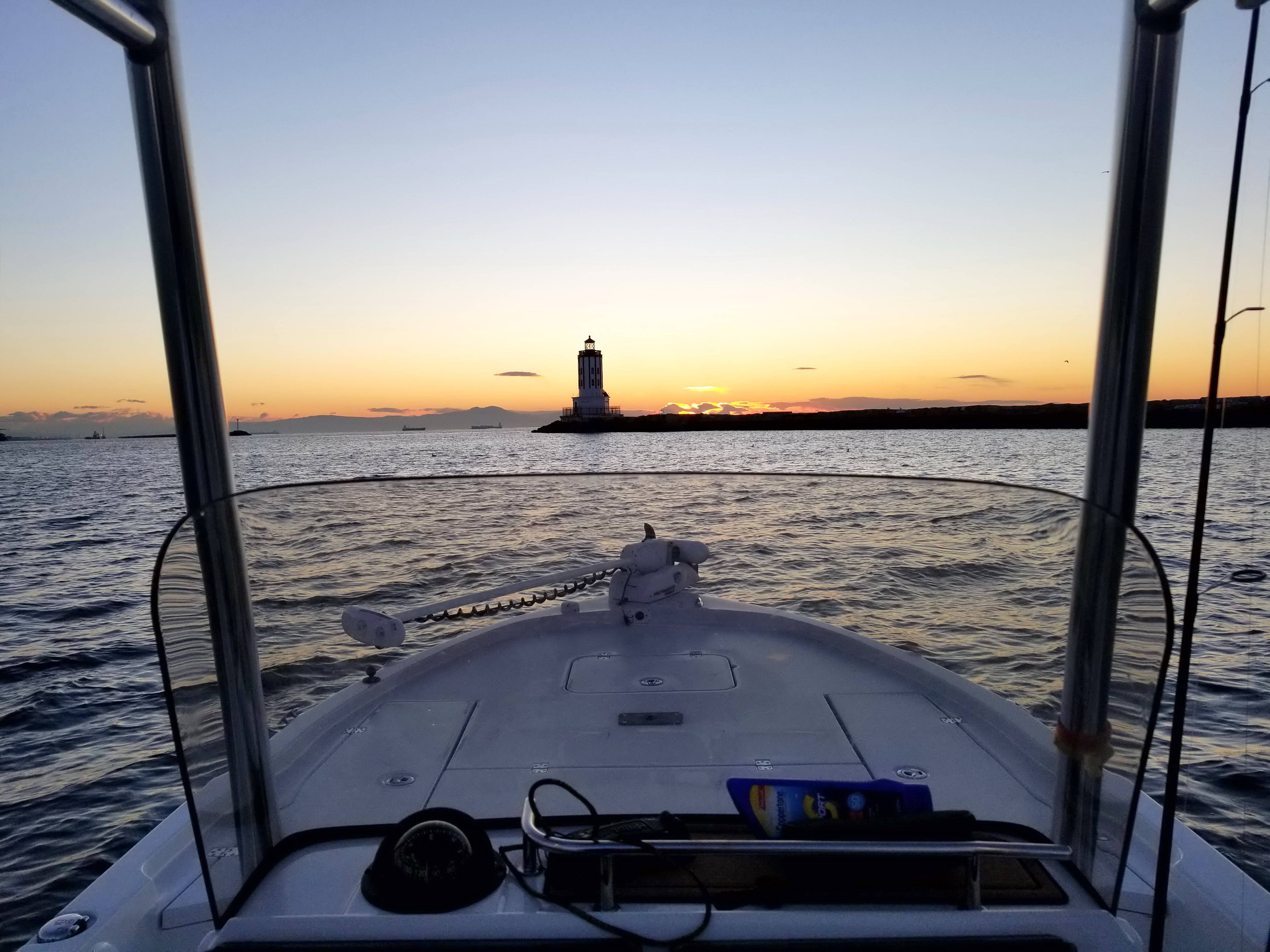 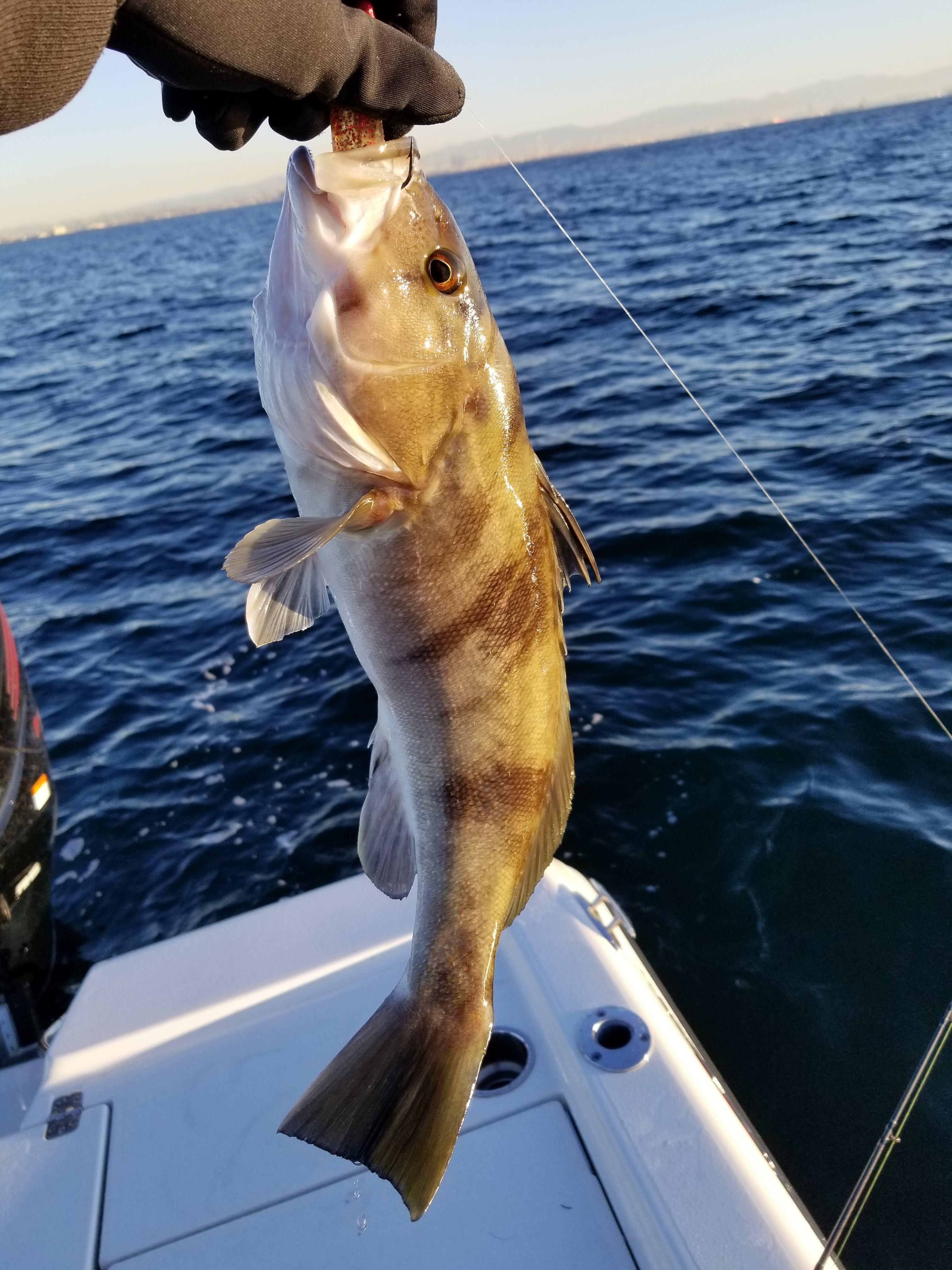 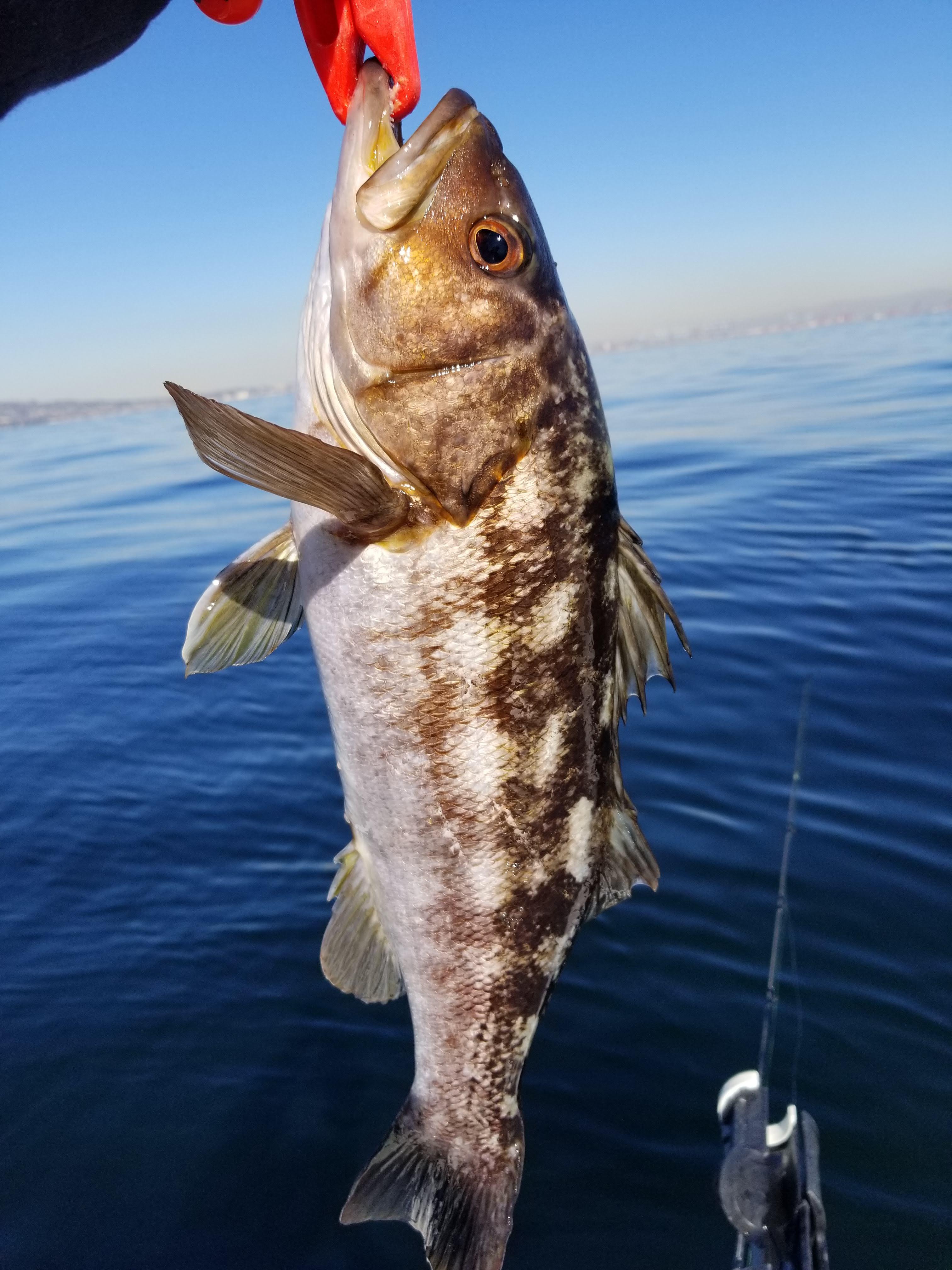 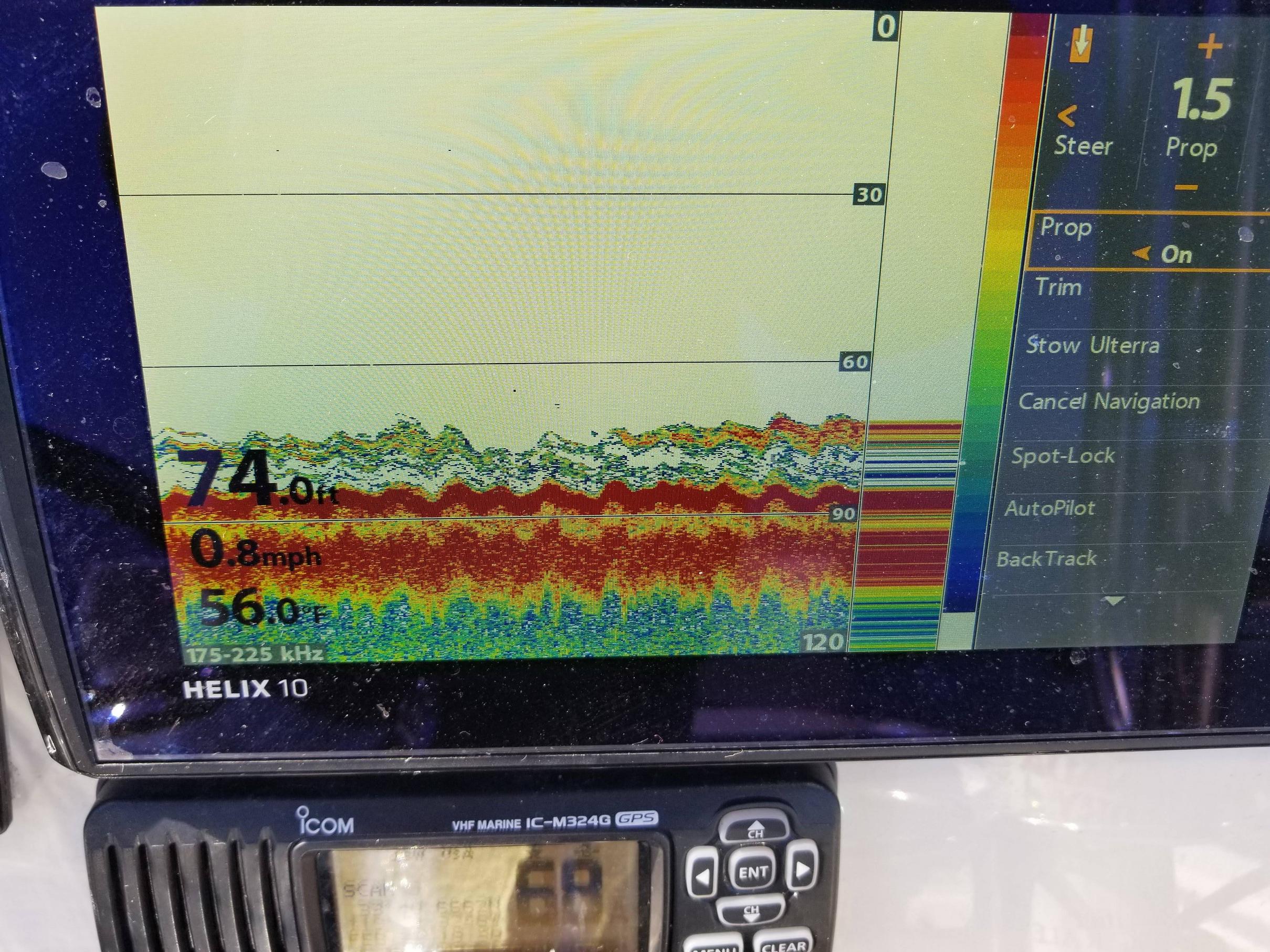 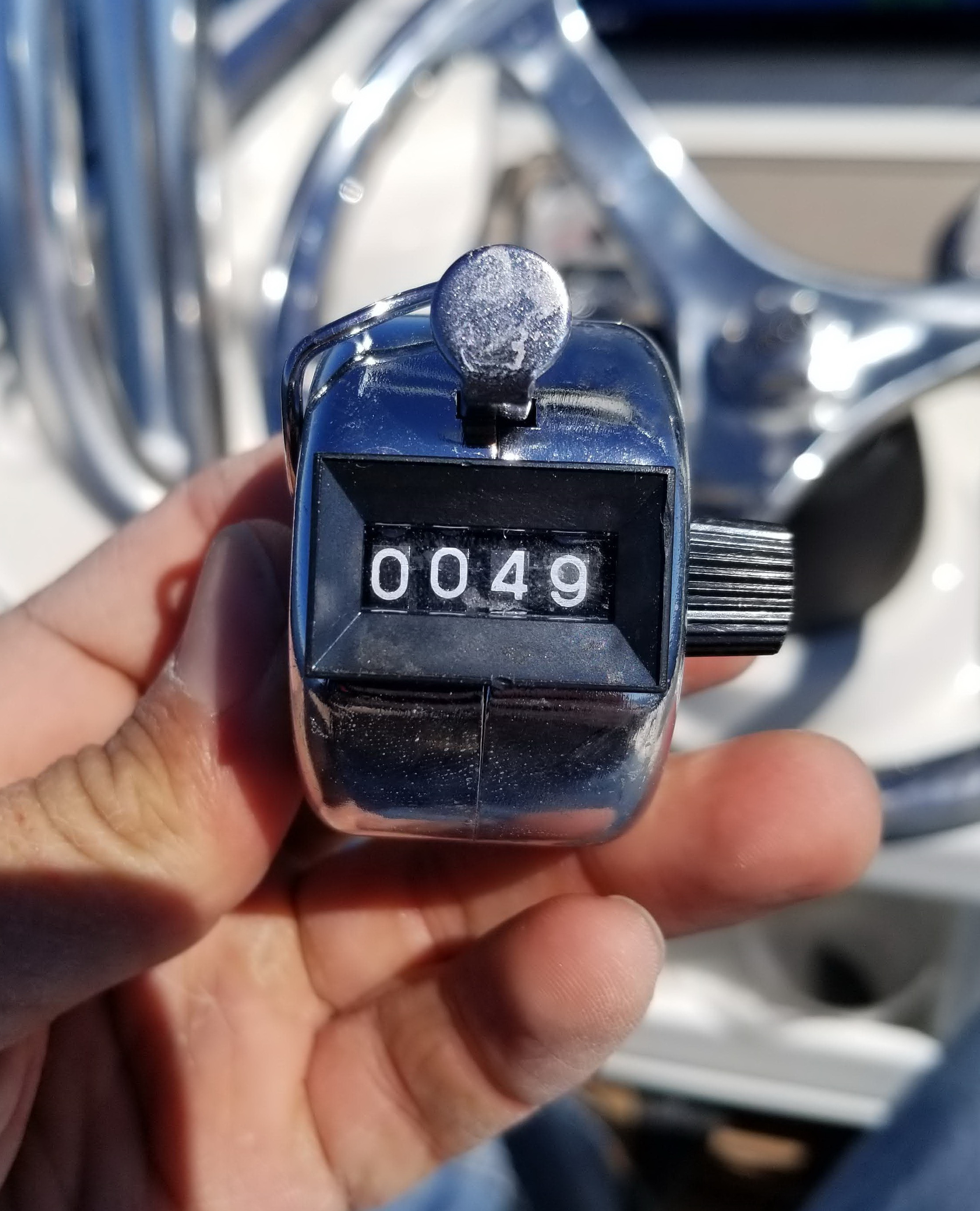 Great to hear bass is active in such cold temps! Sounds like you had a great time in salt water.
Reactions: shinbob and CartridgeCalls

I love to fish this time of the year, sometimes quality can be outstanding. I know what you mean about the lakes. I’m at the point now where some years I don’t even do 1 lake trip because there is just so much more to offer on the salt. I heave never been much of a lake guy anyway even though I live close to 2 good lakes ( castaic and pyramid). Nice job out there can’t wait until my boat gets back from its annual.
Expand signature
SaltySwag
Reactions: shinbob
A

With the constant rain and wind the last few weeks, water temperature has dropped like a rock. Will have to see how it all recovers in the coming weeks, but an early start to the season it will not be.

That cold front is still developing... 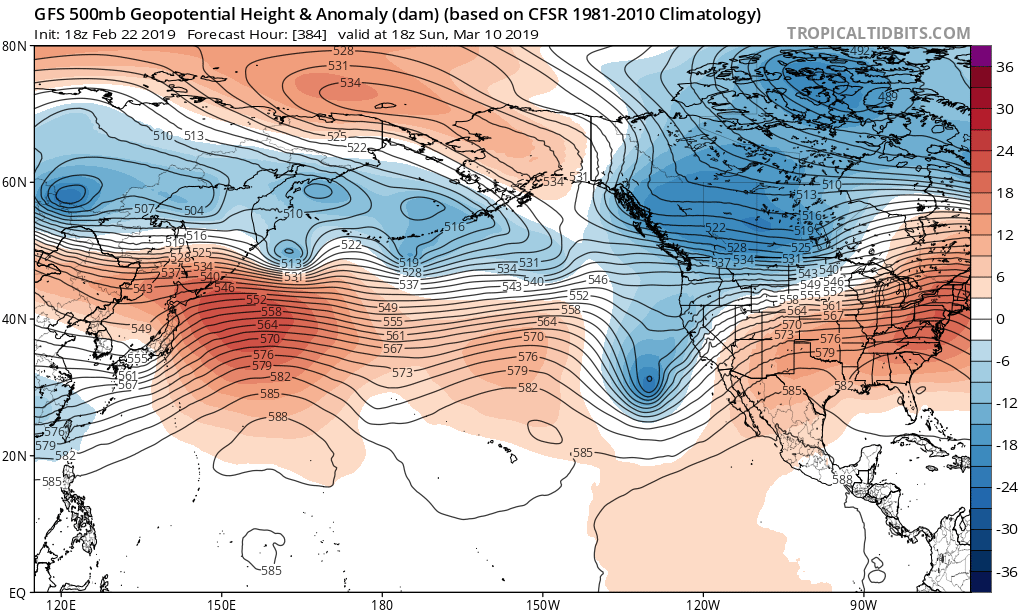 Reactions: shinbob and the SLIDER

Nice Going! Thanks for the report!
That’s a Fun Day right there!!
Reactions: shinbob

Hope you left me some for Sunday. Makes the cold all bearable. Way to go!

Reactions: shinbob and the SLIDER
C

Nice work man! Thanks for the report.
Reactions: shinbob

Nice braving the cold and getting out. I need to get out there and try out the new MFD, but more storms are lining up so Tahoe is looking better than Long Beach right now.

Winter bass bites are the norm and not a fluke.
Reactions: shinbob and duckbutter6a

Winter bass fishing in the salt. Can it get better?
Way to go Shin.
Bass in the salt are just as fun as LMB.
Same baits and gear apply.
Reactions: shinbob and the SLIDER

Looking at your water color on your few pic's apparently overnight the water rolled and became a chocolate green color and the Bass completely disappeared? Lal and I wonder where they go. The off color water lasted until you entered the harbor where the chocolate was gone and just remained harbor green. Expect it will take a few days to clear up?

Fine job on your day of Bass fishing.
Expand signature
Thanks for your report. Hook up! Cory
Reactions: shinbob

Tunaslam said:
Looking at your water color on your few pic's apparently overnight the water rolled and became a chocolate green color and the Bass completely disappeared? Lal and I wonder where they go. The off color water lasted until you entered the harbor where the chocolate was gone and just remained harbor green. Expect it will take a few days to clear up?

Fine job on your day of Bass fishing.
Click to expand...

Water on Friday definitely was a beautiful clear blue. Was able to see color well below the surface, at maybe 10 or 15 feet?

I find it amazing that they all seem to turn on or off at the flick of a switch. One minute, they're biting everything, everywhere. 15 minutes later, I can't even get a nibble. I do notice a "transition period" in between where I get a lot of missed bites.
Reactions: Tunaslam