Inshore Half Day at the Shoe 4-4

Steve and fished a half day at the Shoe Sunday, 4-4. We exited HH into some nasty leftover slop from the night before.

We fished the Shoe in 59 degree water and a slight current early. The west wind picked up and current (if any) was hard to discern. As usual, we bounced from rock to rock, fishing them if we saw fish on the meter. Bass were nice size today. No monsters, but not many shorts either. No 20-fish stops either—just a few here and a few there. The bass tore the crap out of the Kman Special swimbaits today, and they seemed to want the clown (yellow/orange) leadheads today. We must have burned through at least 15 swimbaits, not counting the ten we lost to structure—ya, the fish Gods demanded a sacrifice today.

Bass bit on the drop, mostly near the bottom. I did have one calico bite a swimbait on the retrieve maybe two feet down. Swimbaits outfished the 60 gram silver jigs today, but the jigs got several fish. The bite ended at around 11:30, but it took us another hour to figure that out.

Spotted something interesting on the meter. We were in 90’ of water and we had a school of BIG fish swim under us maybe halfway down. These were way bigger than any bass. There were no dolphin or dogs in the area. WSB? Yellows? We dropped on them but they were not interested.

Once again we didn’t sink the boat or get arrested or towed. Thanks for the invite Steve. 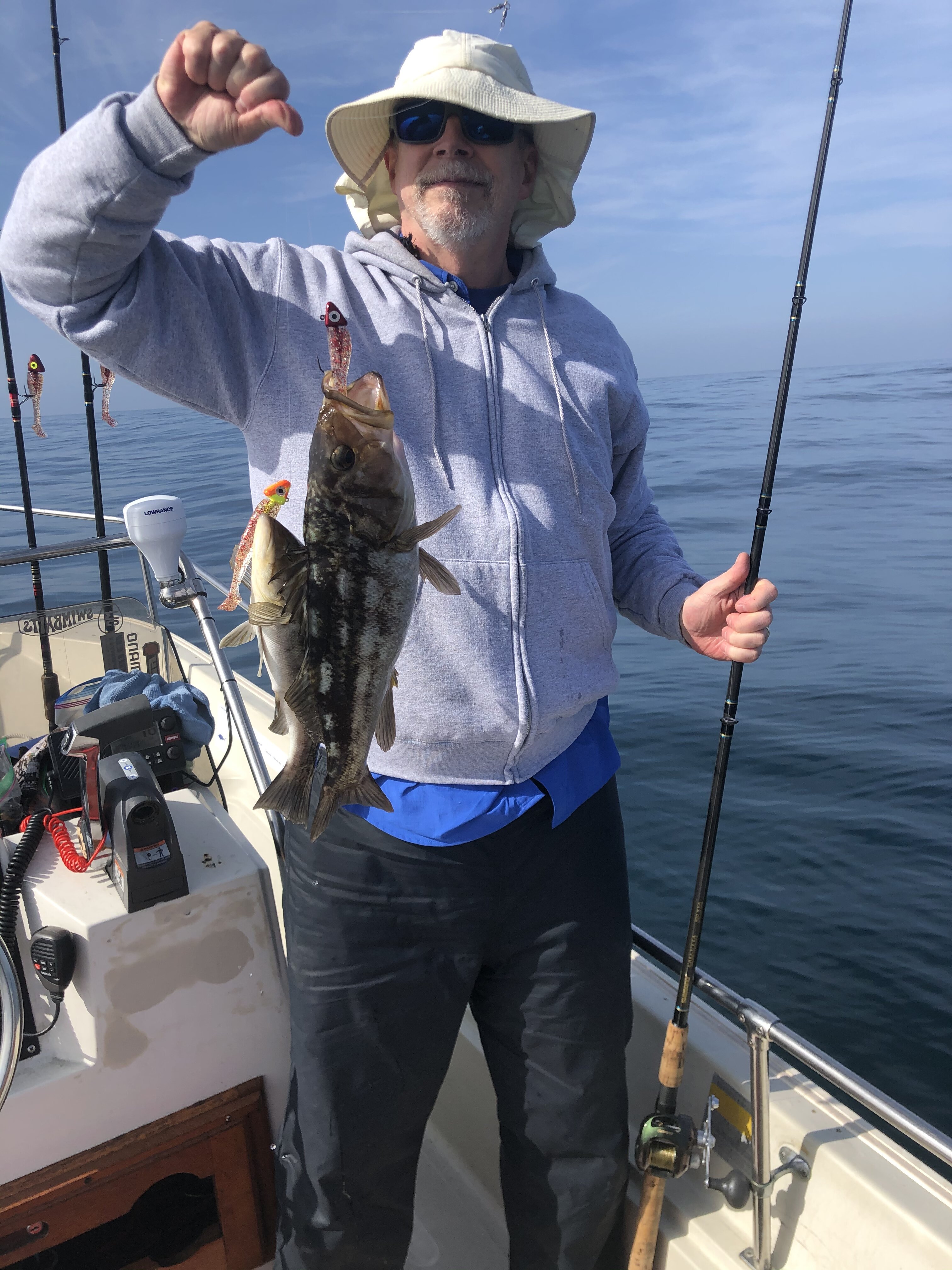 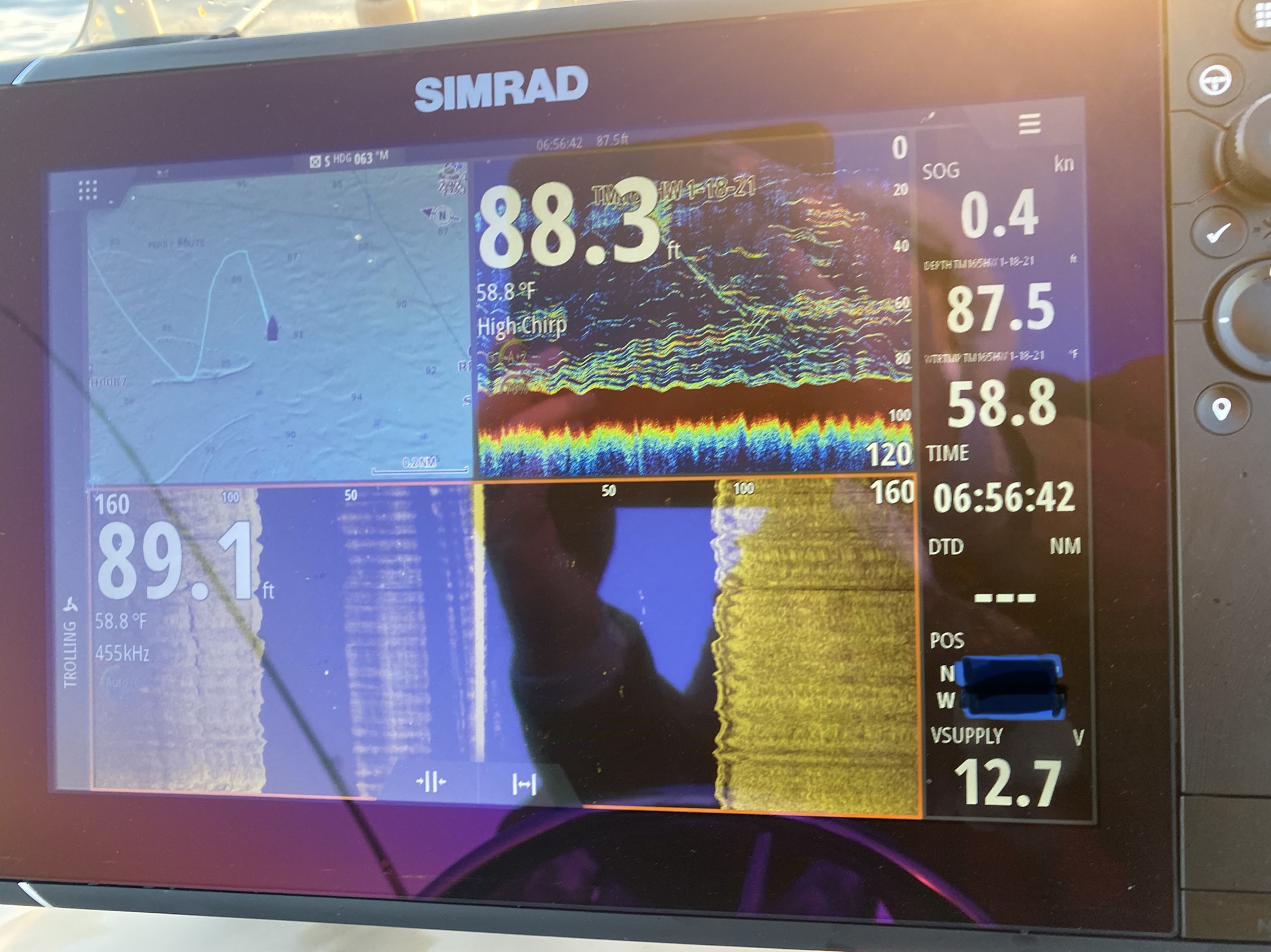 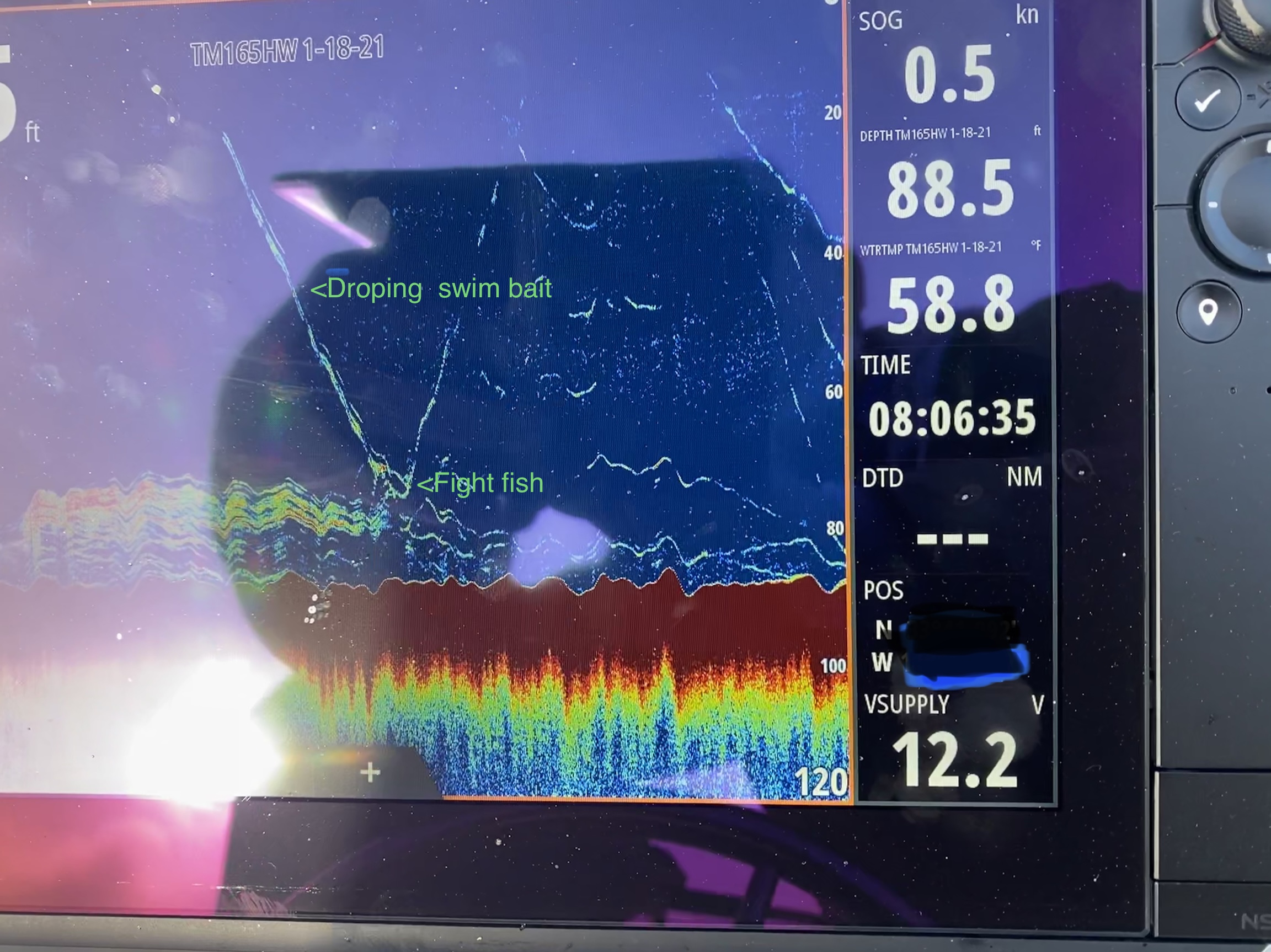 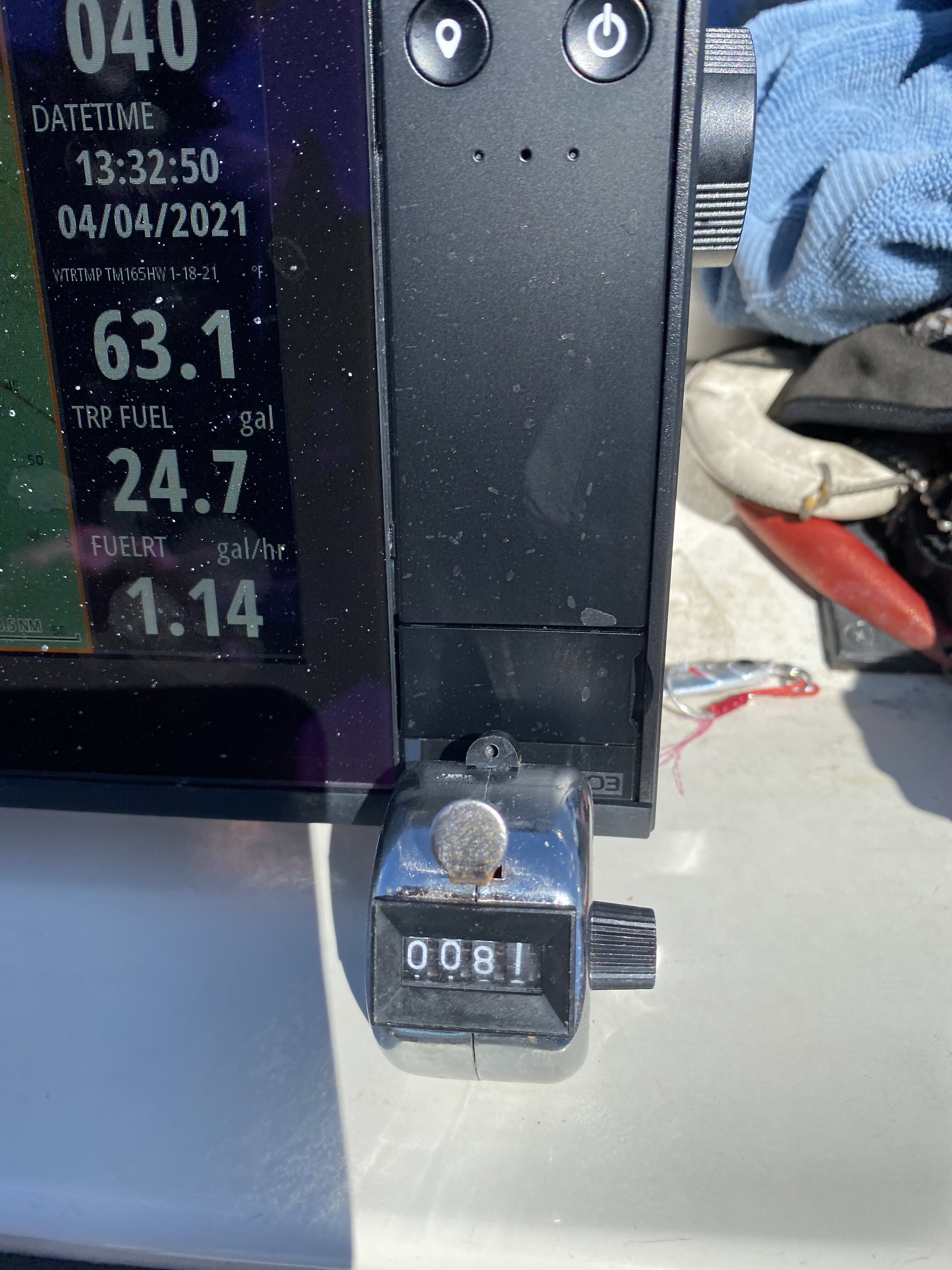 nicely done, thanks for the report
Upvote 1

We were out on Thursday and saw the bigger fish marks too. Approx 40 feet down in 150’ depth. I thought they must be Yellows. They were not interested in our offerings.
Toggle signature
Arima Sea Pacer 17
...

Croaker.Stroker said:
We were out on Thursday and saw the bigger fish marks too. Approx 40 feet down in 150’ depth. I thought they must be Yellows. They were not interested in our offerings.
Click to expand...

One of our bass

up a whole squid, so the right food is in the area. Just need the temps to rise a little. 65 degrees was always the magic number for me.
Toggle signature
Whorehouse Piano Player
Upvote 1

The clicker does not lie, however I am sending you an abacus as a back up. Nice job gents!
Toggle signature
Go ahead, make my day...

Kman said:
One of our bass

up a whole squid, so the right food is in the area. Just need the temps to rise a little. 65 degrees was always the magic number for me.
Click to expand...

Probably one of my fresh frozen. I dumped about 3 pounds at the end of the day.

Saw them too a week ago sunday. Thought for sure yellows. Up in middle of column marking way bigger than bass. Hmmm who is gunna get the first hit. Good to see the water 59 not 54 anymore. Wow that was cold water for end of march.
Upvote 0

Great report, pics, and Intel for all. Winding up 81 Bass quite a 1/2day
NOW go find and catch the big "Mystery Fish" on the Meter. My dad had
me on the Matt Walsh in 1950 age 4 at the shoe winding on log cuda.

Hell of a day Kurt, your making the rest of us Bass fishermen unworthy!
Toggle signature
Thanks for your report. Hook up! Cory
Upvote 0
Show hidden low quality content
You must log in or register to reply here.