GROPE A GROUPER IN SAN QUINTIN? 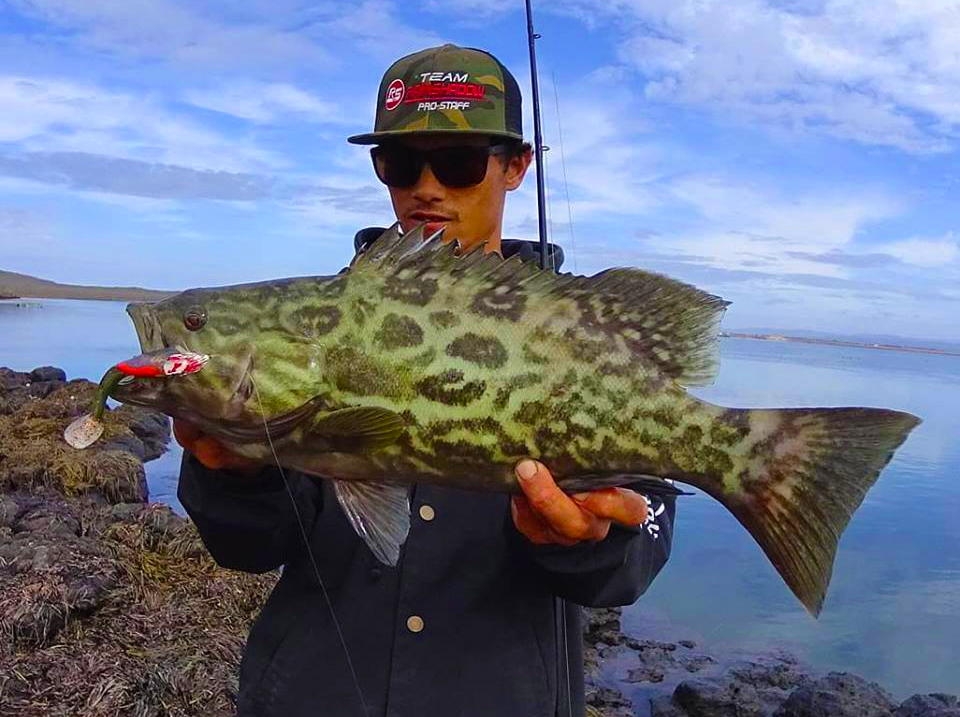 “Yeah, for all we know, we are now becoming the new Punta Abreojos.”, Asserts Capt. Kelly Catian of K&M Sportfishing in Bahia San Quintin as he stands at the marina launch ramp after just returning to port with a load anglers.

San Quintin is located just 200 miles south of San Diego on the Pacific coast. And Catian is referring to the fact that his local catch has now expanded to include broomtail grouper (Mycteroperca xenarcha). This exotic member of the tropical grouper family was previously only common south of Baja’s San Ignacio Lagoon, at the end of the California gray whale’s annual migration pattern down the west coast of North America.

With climatic warming, which includes the oceans, the territorial expansion of various plant and animal species would seem to be a plausible expectation. Yet, when something this profound takes place so quickly, it is bound to raise a few eyebrows.

Last summer, Catian reported an ongoing increase in the number of broomtail grouper in his customer’s fish counts, but that’s not all. “Many of the younger broomtails are now swimming up into the Bahia’s Estero in search of the copious schools of baitfish that breed there, and people have even been catching them up to about 12 pounds on plastic swimbaits right near the marina.”

While this particular turn of events may be quite popular with both local and visiting anglers, the fact remains that the long-term ramifications of such regional species expansions on future generations may not end up being as copacetic.

I've been fishing the broomtails there since they were 12" fish a couple years ago. Most fish are released. The one that Cristian is holding away from his body hasn't yet started to develop the "broom" in the tail. K & M guys release these fish.

Broomtail were common off San Diego when I was young.
Toggle signature
It took a while but I'm finally Avet free!
Reactions: Gil Marlin, Captain Juan SQ, karlk1125 and 4 others
Upvote 0

So rad watching them catch these. I hope they are getting released. Woudl be awesome to see that fishery creep north.
Reactions: karlk1125 and denis
Upvote 0

Bad news, locals shore fishing with kids, day out picnic stuff,fill up buckets,nothing goes back. Good news, this has been going on for years,it's a big bay, lots of places to hide out almost impossible to fish except possibly a kayak? Bonefish other fun stuff there ,,getting bigger Sooo. Can't wait to get back, do a little wandering around. 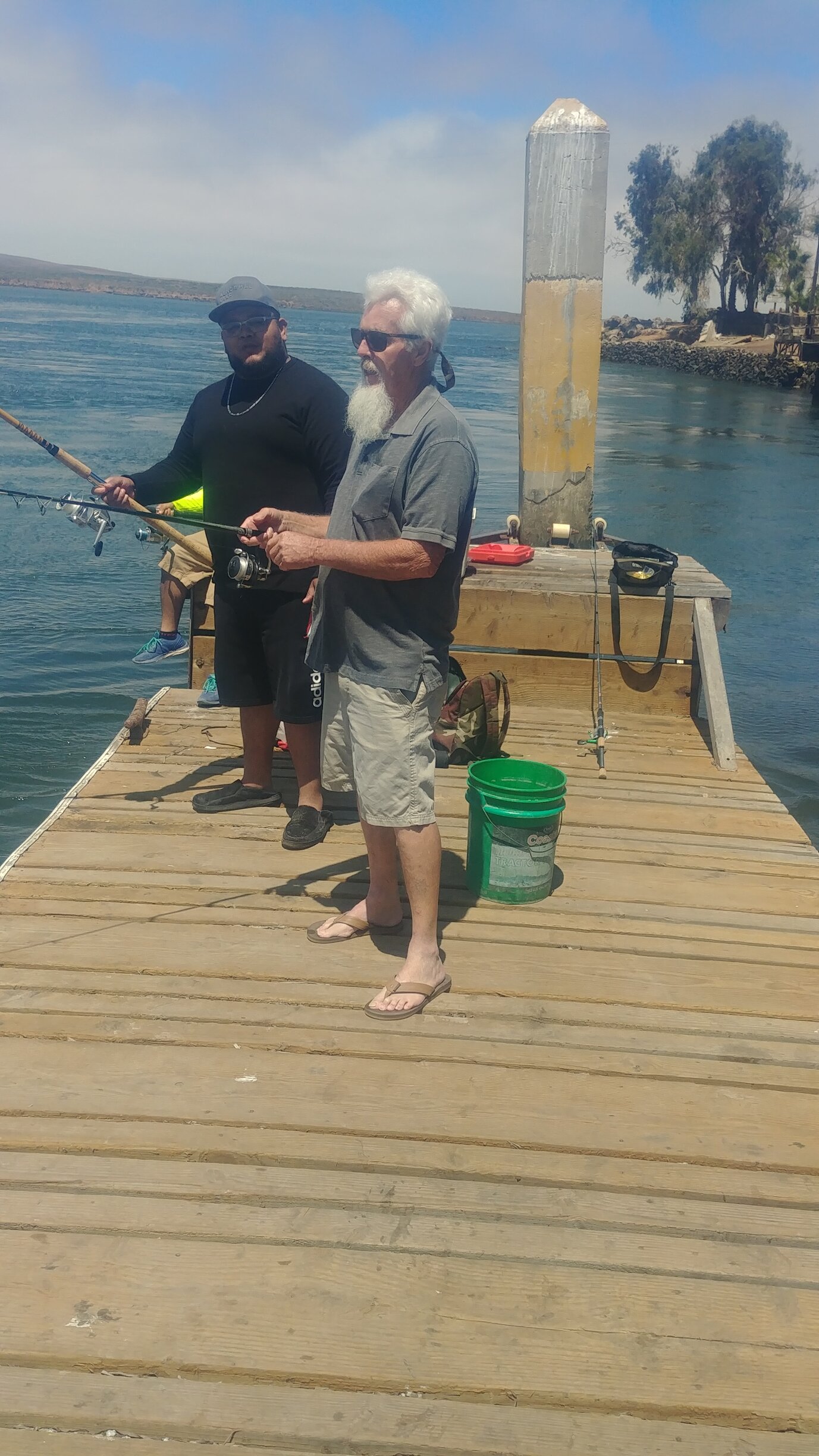 Being pretty ignorant, I was wondering, how big do they get. Also are they likely outside the bay, Bahia falso, beach structure ? Thanks
Upvote 0

LOOK at the tail, dead giveaway. I have caught 100's in La Bocana....They look very similar when young....Either the tail on this one isn't showing signs of "brooming" or Hell, maybe I am wrong! 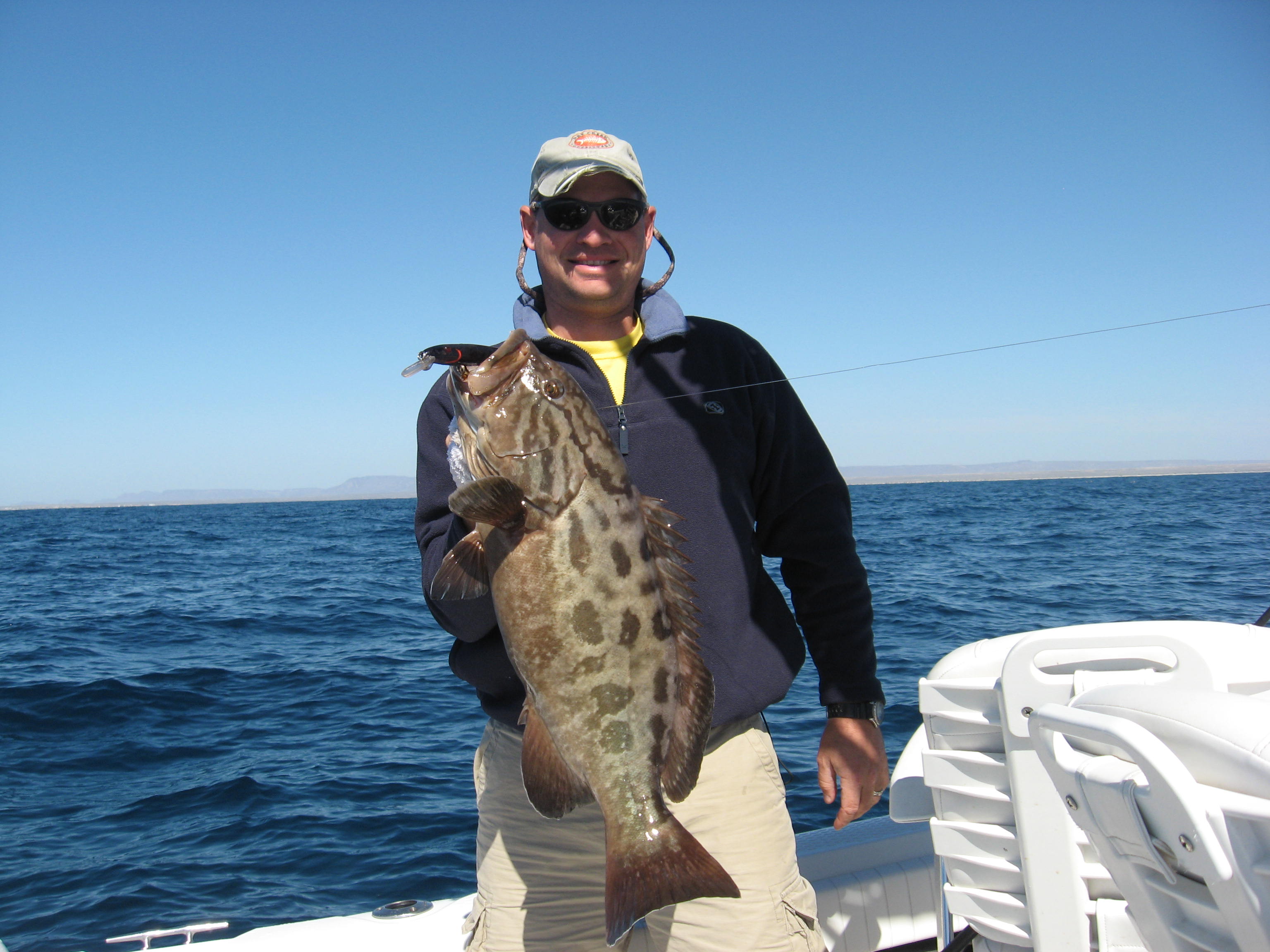 Ok, Looks like I am dead wrong on this one. Just did some researching and it looks like YOU ARE RIGHT, JIGSTICK....the raised dorsal fin in the back is indicative of a broomtail more so than a gulf grouper...I never looked at the dorsal fin. I have caught of varieties of grouper in the SOC and pacific side, never gave it a second thought. Here are some Leopard grouper with the raised dorsal, but I am 100% sure they are leopards....curious observations Gill netting biggest threat to groupers, many of us still remember what happened to Estero Coyote and Laguna San Ignacio back in the 90's.
Reactions: karlk1125, Leslie. Christensen and Htnfool
Upvote 0
Show hidden low quality content
You must log in or register to reply here.