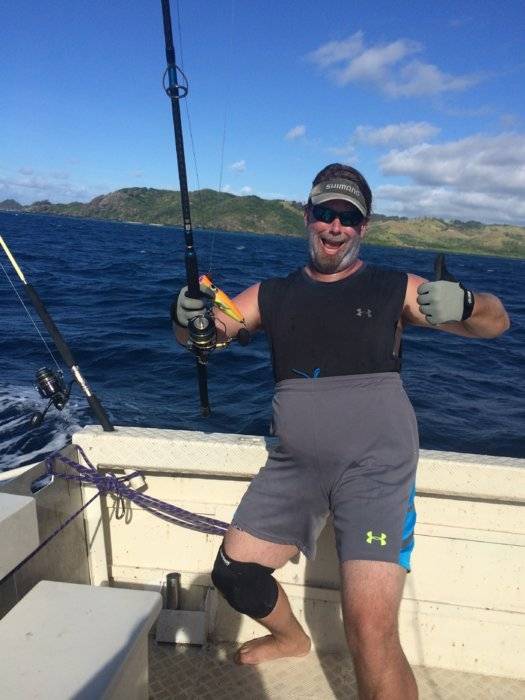 Bonus points for identifying this fish? . . . 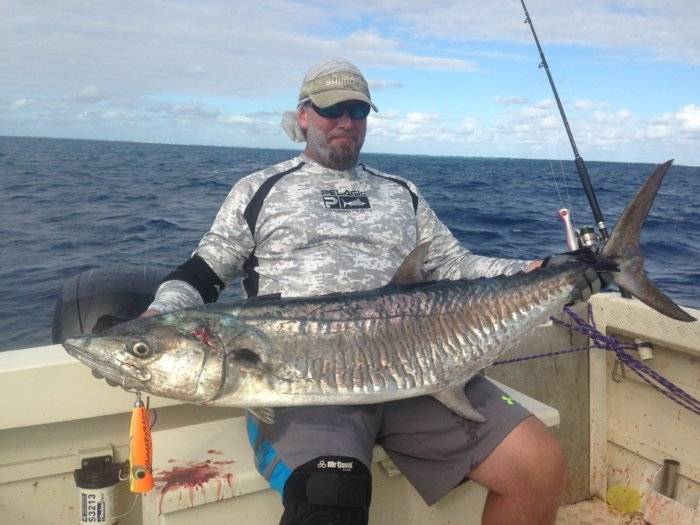 In the South Pacific & Indian Oceans that's called a Spanish Mackerel-lateral line & all.

Well played, Whalebreath! You win! Often (wrongly/generically) referred to as a Spanish Mackerel, in the sporting world it is a Narrow-Barred Mackerel. Still -- You lose 1/2 a point for not helping me delete my mistakes!
Expand signature
I don't fuck around, but when I do, I don't fuck around!

Hopefully we'll get my wife her first rooster...
Reactions: MinnesotaPhats

Colorado and So Cal

My wife and I were in the Los Barriles area 2 weeks ago. Got some Toro, 1 marlin and a few roosters. The ONlY GUYS that were getting roosters were in front of the Cabo Riviera marina by slow trolling live bait. I tried surf casting and then decided that after 4 hours my trigger finger was a bit sore and went to the Tecate and Pacifico instead. Going with a panga inshore was super productive.

MinnesotaPhats said:
Hi Larry, I can't add much good news, other than there were lots of rumors -- tuna north around the 88, and tuna and marlin south (Frailes, maybe Gordo Banks?)

I CAN say things felt a lot more alive today than yesterday. Couldn't find bait this morning, which didn't bode well, so we started jigging -- had a dozen bites in a couple hours, landed four nice Pargo, lost a few more (still knocking off the rust), and some Skipjack -- they were EVERYWHERE today, we ended up with a dozen or so. Maybe not the most glamorous of days, but I had a fucking blast!!! I'd take today, over trolling all day for a Marlin, anytime! I brought down some new jigs (FC Llabos), and had "that feeling" about one in particular. And it crushed! Victor chose his favorite, and I had 7-8 hookups before he had one. I'll never be half the angler he is, but it's nice to know my intuition is decent!

Between the chatter and signs of life, could be the start of something? Curious to read reports over the next few days -- I plan on some surfcasting. Best and saludos -- Dave
Click to expand...

How's Victor? Last I saw him was the day before Odile landed.

We railed the bottomfish (pargo and amberjacks etc) on Charkbait 5 ounce knife jigs. We were using spinning rods with braid, Victor kept looking at it, shaking his head "Spectra no good!" After we had were constantly hooked up while no one else around us was having any luck he looked at our torn up jigs and grudgingly said "good jigs."

Victor is a super fishy, professional, hard working, and fun (if sometimes over-serious) guy, I hope to fish with him again soon!
Reactions: MinnesotaPhats

Bonus points for identifying this fish? . . .

I think "Tanguiguine" in Aus.

jbarbosa said:
I think "Tanguiguine" in Aus.
Click to expand...

Dave -- Victor's doing fine! I guess I gotta thank you for "softening him up" for me, 'cause he didn't blink twice at my spinning rod, braid, and he was enthusiastic about my jigs. He was VERY skeptical of my technique (spastic and varied, until I figure out what works), until I started hooking up.

"Tanguiguine" -- I'll have to take your word for it! Google here I come . . . Yeah, it was end of day, I paused the popper 20' from the boat, and it launched completely out of the water. SO cool!
Expand signature
I don't fuck around, but when I do, I don't fuck around!
I

Three weeks till East Cape, anything I'm missing, and is bigger lures better? 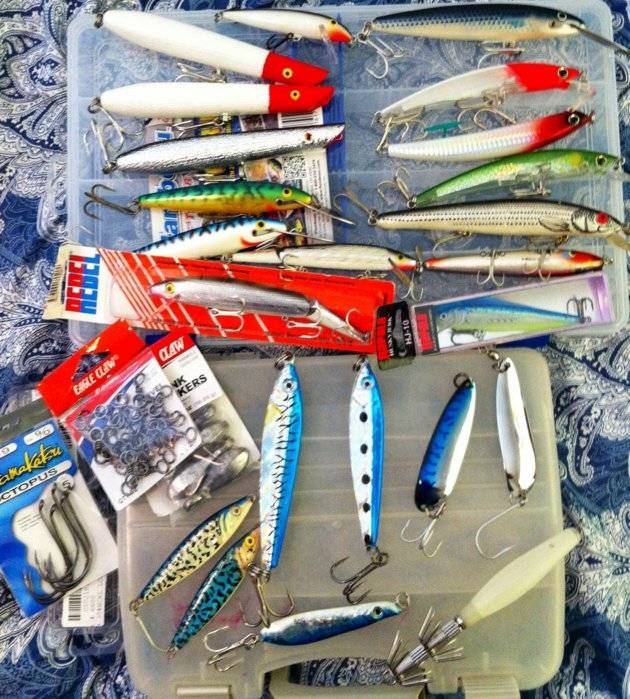