Backstory: Went out last week to the 371 and 302 buddy boating with a fellow BDer while running solo with the padre. My friend limited out with his crew on his boat but we weren't able to boat anything and kept getting snapped off as my drag was not set properly. Hard lesson to learn as we lost about 4-5 fish but I was thankful for the experience.

This week I found a crew off the trip planning forum and had fingers crossed that nothing would go wrong meeting two strangers off the internet at 3AM in the morning. Turns out I couldn't have asked for better as they were awesome in helping split expenses, cleaning the boat down, and sharing a few fishing pointers to hasten the learning curve.


Armed with the knowledge from the previous week, I checked out Fishdope and saw the current was moving out NW. I was tempted to drive down to the Canyon like the last trip but figured since the current was moving NW that there was a good chance those paddies we saw in zone from last week had more than likely drifted up to the US side.

After getting past the 178 halfway between the 182 we spotted our first paddy. We dropped some baits on it but no joy. We kept moving a bit closer to the border heading SW until we hit our second paddy at around 7:30. This turned out to be the paddy of the day with dorado boiling all over as soon as we threw the chum. We pulled two dodos and one yellowtail in the 14-19lb range. Must have snapped off about 2-3 more. Worked the zone for a while until a huge aluminum boat pulled right up on us on top of the paddy. Coincidentally, the bite died right around the time. We cut our losses and moved on since we wanted to remain unbothered by other boats.

We headed towards the 226 and NW tip of the 302 spotting two paddies with no fish on them, in colder 69 degree waters. Decided to head out towards the corner and western end of the 182, trolled madmacs in the zone but no luck on that either. After that we spotted the biggest paddy that we had ever seen around the corner with more boiling dorado. By this time it was maybe 11:45, but all the fish had lockjaw.

Head back to the slip by 2:00pm with our kill bag full, happy to have gotten the skunk off the boat.

Way to go and find redemption from previous trip!!

For what it’s worth, this is only my 3rd year and I’ve learned so much from BD BUT…

…there is absolutely no substitution for “turns of the prop” out on the water.

So don’t get discouraged… there’s a learning curve and the only way to really flatten out that curve is experience and time on the water.

Good luck for the rest of the season… go give it hell! It’s shaping up to be a real fun few months.
Reactions: thatsharkguy, longboard85, Tunahead and 3 others
Upvote 0

Great job - nothing like going out on your own and hooking up.
Upvote 0
T

Where do you find the "Trip Planning Forum"?
Upvote 0

TexassJ said:
Where do you find the "Trip Planning Forum"?
Click to expand...

Go to Forums and not Penthouse forums 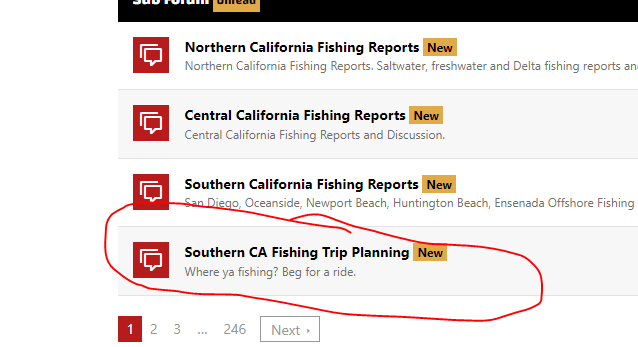 stuman said:
Go to Forums and not Penthouse forums

I knew that I had seen it somewhere, Thank You ...
Upvote 0

Are you still in touch with those dudes?
Upvote 0
Show hidden low quality content