Giant BF and YF, Dorado too.

Once again skunked.4 times in a row. If 500 boats launch or leave their berths 10 or 20 will catch that elusive bf or yf or doradf that 10 or 20 three or four may post about the big fish they caught.Pictures will show one or two fish.Those are the post you are reading. 75 degree green water up and down the coast and out 20 miles. Seiners are gone as are the fish.Stay home this weekend and be patient. I hear the hot bite has been in Monrovia, Apple Valley, even Redlands. Or come on down to Oceanside see if you can find a parking spot. Saw two googans in fisticuffs over a parking spot. Fun times for all.
NFIO
Reactions: FatBoy4130 and bloodfart

I think those stats are about right. There's a whole lotta skunk going on this year...
Expand signature
i fart in your general direction...
Reactions: Erawk

And now I'm going to the islands to actually catch something other than a buzz and fuel bill headache.

we call this is the DO OR DIE
Reactions: sushimi and RyanErb
A

Water temperature shows warm water all around in a solid area across Southern California. If the fish are not here, it's not because the conditions don't permit it. Might just be that they all got caught by the commercial boats so you have to wait for the next schools to show up, or might be because there's a storm going on down south and they're sitting deep.

My feeling is that the green water is what's putting them off. Wait a few days and see what's up; we have calm seas coming up so that could well get them on again.

May just stick to the island on Thursday.

Be positive, Gerard! Over the past few decades there is evidence the population might have increased, and it could become a greater part of the fishing "experience". Good thing we all love each other, even "that guy", sort of . 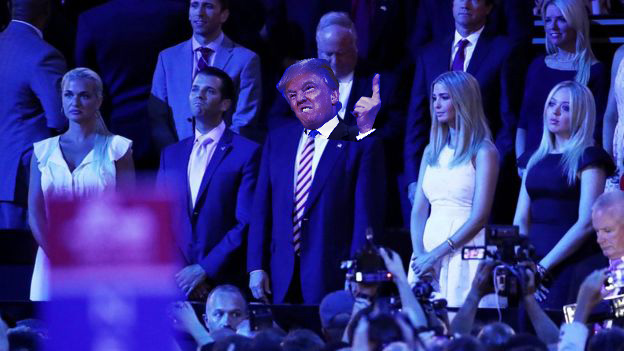 We could be laying asphalt in 90 degree humidity at noon on the 5? I'd rather fish.

Just go. Get away from the fleet. Follow the birds. Enjoy paddys on the side. It's not epic... yet... or will it improve? That's the fun part.

Search and destroy if you can... good luck. If you give up that's better luck for me.
Reactions: C-4 Fishing and sushimi

Let me know when you find a way to catch a bluefin from the couch at home. I'm towing down to try our luck because last I heard is you can't catch tuna from home.

Sent from my SM-G900V using Tapatalk
Reactions: Saintwho, 16Klamath, Foss and 2 others

Took me 5 tries and a fuel bill over a grand to catch one big Bluefin. Was it worth it, hell yes! This opportunity might never come again in our lifetime. Plus, how often do you get parking lot entertainment? Lol.

I hate seiners!
Reactions: finishright, Ben yarbrough, oceanski and 1 other person
A

dont worry..boats will be cheap soon/heavy tuna gear. Enjoy just the possibility of the impossible which is happening now. A 20lb yellowfin will be the highlight of the season in the coming years as usual. All these fools will disappear.
Reactions: FatBoy4130 and Turnersd

I'm excited about the cheap part as well... saw a guy buy 2500 worth of reels today talking about BFT.

w2much said:
Once again skunked.4 times in a row. If 500 boats launch or leave their berths 10 or 20 will catch that elusive bf or yf or doradf that 10 or 20 three or four may post about the big fish they caught.Pictures will show one or two fish.Those are the post you are reading. 75 degree green water up and down the coast and out 20 miles. Seiners are gone as are the fish.Stay home this weekend and be patient. I hear the hot bite has been in Monrovia, Apple Valley, even Redlands. Or come on down to Oceanside see if you can find a parking spot. Saw two googans in fisticuffs over a parking spot. Fun times for all.
NFIO
Click to expand...

I also have gone on 5+ trips with s big dam skunkO. Even fished the yellowtail tournament off SC island after launching out of Oside at 230 in the am with whiteswash across the whole jetty..... But we did farm a phattty! Then on last trip hit the 209, 181 etc for zero. Glad I'm not alone.... Agree, leave oside alone for a minute
Expand signature
John
A

I confess i too have been chasing and sitting and draggen everything but my lunch behind my boat Bout 400 in fuel 5 trips , had the fish ten feet from the boat 1 and 2 hundred pound fish werent shy they looked up at us and laughed and slide out of site. could have jumped on top of one and roped it , but thats not fishing most of the people i see out there are courteous and know whats goin on and seem savy , the rest im sorry for because maybe they didint have as good of teachers as some of us , Dont get me wrong i dont know everything or surely i would of decked a toad b fin by now . but goddam its a hell of a lot of fun just being out there . and if you are like me i feel totally at home on the water . but never lose respect for the ocean it can turn ugly real quick . luv n fishes to all B
Reactions: FatBoy4130, Erawk, fly liner and 3 others

Bummer again!
Expand signature
Thanks for your report. Hook up! Cory

I'm still zip with 6 trips down. Each trip has been different in a fun way. But I'm still going again!!

We have been lucky so far this year and we will be on the water Aug 3rd and 4th they are Gonna go that week Moon is right, as far as Green water everything we have caught has been in Green water GT on 7
Reactions: FatBoy4130 and Fishdude
W

I could not agree more with all of you. I am looking forward to go again ASAP

5 or 6 trips down, no bft. Is what it is but as was said you don't catch anything from the sofa. Caught a sheepshead, ling cod and a white seabass which were all bucket list items going to and from the land of the bluefin... Therefore not a loss at and and probably going tomorrow. Will try hard for bluefin, if it doesn't happen I'll get some other meat and still be eating good protein.

This post really tells the bigger story this year. I also can add my name to the 5 skunk club. Last trip we got bit off and then landed a 75lb bluefin but yea just like the rest of you I am headed back out.
Expand signature

I think the stats are pretty solid. One out of four or five trips. We finally got a piggy on the fourth try.
So to change it up we went to Catalina for the weekend. Ended up catching yellowtail abortions and killing my liver.
Much better to chase bluefin.

I agree it's a all or nothing deal on big boys!!! I unfortunately have been zero on landing. Have fought a couple. Had two caught on my boat. But that's two big BFT out of too many to count. Lol. I'm ready to wsb mako whatever. It's not always elnino

Boat
Bring It On

I'm right there with you brother, 4 times and nothing!
I'm going to give the bluefin tuna fever one more shot, then it's down to Mexico for the rest of the year! Thanks for the report!
Expand signature

Support your country always! Support your government only when they deserve it! Mark Twain

I'm there 3 time skunk for me,,, last time was a 13 hour trip, had all the artillery,, 85 gallons consumed that trip. Was on boilers 4 times, tried everything for notta,,, totally humiliated , that was July 25,,,,, I'll be back

tsmith said:
I'm there 3 time skunk for me,,, last time was a 13 hour trip, had all the artillery,, 85 gallons consumed that trip. Was on boilers 4 times, tried everything for notta,,, totally humiliated , that was July 25,,,,, I'll be back
Click to expand...

6x here and I'm outta time off to chase em. Damn it!

"I'm too drunk to taste this chicken"

I broke my wrist 10 weeks ago and still have 3 weeks until I might be able to fish. Could be worse.

captainsdc said:
I'm still zip with 6 trips down. Each trip has been different in a fun way. But I'm still going again!!


Sent from my iPhone using Tapatalk
Click to expand...

Ditto on the zip part. Going tomorrow out of MB so I can end up in La Jolla and take something home if offshore fails. Got to get Mr

off my boat.
The Dude
W

Followup Sunday July 31. I said I could not wait to go so I did. Buddy says NFIOS so lets go to Mexican waters. So we loaded up the boat equal amounts of beer and bait and went south. To the upper hidden. Stopped on birds a few miles south of the coronados threw on them, quad hookup. Things looked so fishy, was gonna be a heck of a day.. Actually had line spooling off my reel. Almost forgot what it felt like. Bonito, lots off them , all you would want, which meant one each. Cool good start, lets get some dodos on the way down to the tuna zone.
Headed south and thought we saw the fleet. Must be hot right? No, it was the Mexican tuna fleet. Never knew how strong and large their fleet of seiners was. Counted at least 50 seiners, some towing pens some searching , some netting. It was like a circus, nets and pens on the move, spotter planes above.
Trolled, soaked, stopped on patties which were already run over and probably thrown overboard by the seiners.Sport boats were searching, trolling and never stopping. No fish in Mexico today Check the counts.
Water was fairly clear and temps were all above 73 degrees. But it was like going grocery shopping when the shelves are empty. Headed home. $400.00 gas and bait and beer. Great to live in America.
Left my place in Vista at about 430 am arrived home at about 10pm.. Guess who was on my front lawn. He was black, had a big tail, and a cute white stripe . He turned around and showed us the BH and left. Funny as hell , all four of us staring down the BH of a skunk at the same time.
Point being he left. The skunk was gone. Hopefully that was the sign.
Yeah, the good Lord works in mysterious ways.
Hope your skunk is gone also.
Can not wait to go again
Got gas?
.