Friday July 8.
Dragging my new Spreader bar around near the 425
and a very cool cat on the vessel Reel Tight calls me on the radio...."Boston Whaler, North of me, we have a bait ball being destroyed and are currently on a fish. Feel free to come down and pull that spreader bar over this bait ball."
New to the spreader bar thing, we had it so far back that we would lose site of it sometimes.
Reel Tight had just landed his fish and they were still pretty close to the bait ball but he said, "keep coming" . I went by his bow, gave him a thank you wave and when my spreader bar finally got right on top of the bait ball, Reel Tight had a front row seat of the explosion on it.
I have fished here long enough to not be able to say, "It was only a 40 pounder" so I won't but it was really fun to see.
I really appreciate the generosity of Reel Tight and hope to repay him some time.

That’s awesome! And shouldn’t need to be said but we need more of that!

Awesome. Very nice of whoever reel tight is. Better hearing stories like this than the ones running over peoples stuff and the ones who think they own the ocean.
Reactions: portys kid, Isaltyvair1980, jiggermyster and 5 others
Upvote 0

Super cool. That's the way I roll. Long as we are all thoughtful/respectful we all will catch much more fish.
Toggle signature
Disclaimer: The opinions expressed are mostly Bullshit, should be taken with a gain of salt and most likely contain spelling and grammatical errors. Any issues regarding this comment should be directed to the WGARA Department. Thank you.
Reactions: mhanson59hb, Chicken of the Sea and longboard85
Upvote 0

Congrats on the catch and a huge Kudos to Reel Tight
Reactions: Keokix21grams and sdapguy
Upvote 0
B

Mark #2, it was a epic sight to see your spreader get smashed. That’s the kinda stuff that keeps us all out there(and buying way to much gear) haha. The Reel Tight was glad to help. Bummed Mark #1 didn’t get tight but that at least gives me some ammo to give him a hard time.
See you out there next time.
Mike on the “Reel Tight”
Reactions: watersdeep, Cubeye, Jaru22 and 18 others
Upvote 1

towerfab said:
Congrats on the catch and a huge Kudos to Reel Tight
Click to expand...

I’m at the point where I want to tune my radio to 16 and throw the knobs in the trash.
Reactions: Jaime Lopez
Upvote 0

Nice call in by them....HEY 1 40lb Bluefin on the deck, MoBetta than none lately.

#140 on the deck?(kidding)
Toggle signature
Shoulda been here yesterday!
Upvote 0

"Reel Tight" was my ex GF but "Reel Deep" is fishing at a super secret spot for tuna right now. 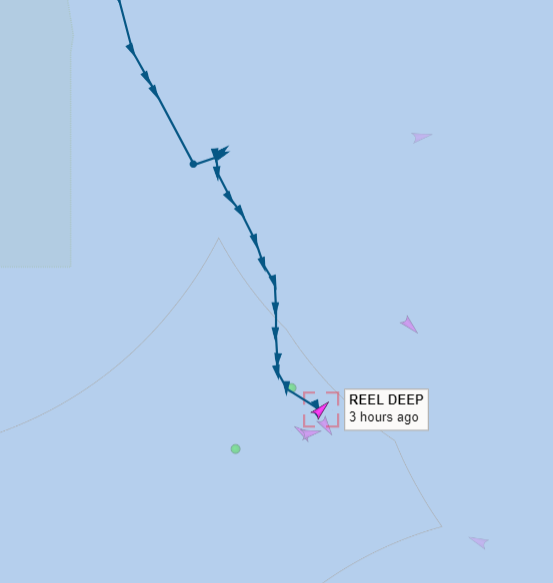 I know that spot! Looks like the current is going the wrong way-
Toggle signature
Shoulda been here yesterday!
Upvote 0
S

tunakillerjoe1 said:
I know that spot! Looks like the current is going the wrong way-
Click to expand...

Shhh..... Its a super secret spot that nobody knows because there are no fish being caught there right now.
Reactions: tunakillerjoe1
Upvote 0

I marked that spot when we were there, with a big "X" on the side of the boat, so we could find it again!
Toggle signature
Shoulda been here yesterday!
Reactions: watersdeep
Upvote 0
Show hidden low quality content