Saltwater For KimH about Tuna

Next week my gal and I are going to Lapush for some Ling fishing and then have plans to make our first Tuna adventure without a charter. We were thinking of coming down to Westport so we can get some anchovies for some possible live bait fishing. What is your thought about 2 people hoping to keep/attract a school of tuna with live bait chumming after a trolling hookup? Do you think we are better off just keeping to the troll? If its tough for a smaller boat of 2 to live bait tuna we could just lauch out of Lapush is my thought. Second question........With mileage in mind how far would you travel before looking for fish? I'm asking due to fuel consumption. I think I would be comfortable with traveling 40 miles out. Running a 24 Hewes with a single Yamaha 300 but it does seem like it goes through the fuel much more than my previous 250. Supposed to have a 100 gallon tank but I was told you can only get about 85 gallons in it. I would pack extra fuel just in case for a maiden voyage. So, to keep it short do you think 40 miles straight out is far enough this time of year?

Yes, we will post our results and location for these fish.

Yes, two people on live bait do just fine to hold schools. Some of my best days have been with two guys and two scoops. That said, it sounds like you're trying to stack a lot of firsts for a trip. It might be easier to stick to trolling and just have one person pitch iron if you hit a single on the troll. The long, epic bait stops are yet to come this year - later this month into September should be great. If you don't have a purpose-built live bait tank for anchovies, don't bother with live bait at all; the standard Hewescraft live wells won't be satisfactory.

LaPush isn't exactly tuna-central. Yes, people fish tuna from LaPush, but you'd probably be better off out of Westport if it fits with your plans. From Westport you'll likely go NW or SW to get to the structure that forces upwelling and concentrates fish.

Carrying some extra fuel sounds like it's a good idea, but getting good fuel burn figures is going to be important moving forward. If you're propped correctly you should be getting at least 2mpg fully loaded in your rig at reasonable ocean cruise, which should give you plenty of range given a 1/3-1/3-1/3 trip plan. In a similar 24' Wooldridge w/twin 150s we typically burn 60 gallons overall out of 100 available for a SW/NW run to the 125 line. Do not plan on 40 out and 40 in, remember to account for troll fuel (not a minor consideration), and remember that weather happens.
Reactions: fishing fanatic and GregE
Upvote 0

Chuckarhead has it nailed. Actually I have a huge amount of fishing and boat experience. Years of it. Over 40 years in the Bering Sea and Aleutians which is quite different versus this game down here.

You get right down to it I'm actually fairly green when it comes to tuna. Really green. Don't hold a candle to most of the guys that have been doing it for quite awhile. I just try to have fun. Part of the fun is figuring things out.

As far as fishing live bait is concerned Chuckarhead covered the bases. I think you have to be committed to it especially with two people aboard. My one trip this year was just two of us and the guy with me has zero interest in using bait. Actually it's weird how hard headed he is. So basically I gave up and just pitched some while trolling. One of the fish caught had a fresh chovie in it when we gutted them.

As far as fuel. I used to have a 26' Duckworth with a single 300 hp Yamaha. With that boat and the way I loaded it with ice et cetera I just didn't have the range. Might be different with other similar boats....or I'm just too cautious on the water. Anything over 40-45 miles had me nervous so I started packing extra fuel which had me nervous also. This is the main reason I sold the boat and went with my current boat.......range. If you can pack extra fuel safely, secure it safely I suggest doing so.
Upvote 0

I might be reading your question wrong and I know it's not directed to me, but if you're wanting to fish live bait you should just launch out of Westport. Truck is going to be more economical than the boat. You'll have the benefit of lots of other boats going and radio chatter to help you find fish. If you're set on La Push then skip the live bait and stick to the troll and iron. We fish tuna up here on a regular basis and have plenty of fun without live bait. Keep it simple with only two people. Run a small troll spread and have a couple of iron rods ready. On the range question - 2mpg seems low. Most 4 strokes seem to be most efficient somewhere in the vicinity of 4k rpm, so be sure you're watching your gauges, trim your boat up and don't just hammer down. The last 3 to 4 years we've found the tuna a little further out than before. I'd say 40 miles is our minimum run and we typically run 55 to 60 miles out. We'll be out towards the end of this week and happy to point you in the right direction, or at least tell you where the fish aren't.
Upvote 0
C

Lots of good advice in the first and subsequent posts. Your live bait is going to be dead bait if you don’t have a proven tank setup. Learn the game at Westport then maybe LaPush later in the season.

Also think you maybe frustrated by setting an arbitrary 40 Mile limit. Gather current boat reports, check the sea temp charts with chlorophyll overlay. Get a good handle on loaded fuel burn then pack extra. And spend as much money on assorted jigs and gear as possible. 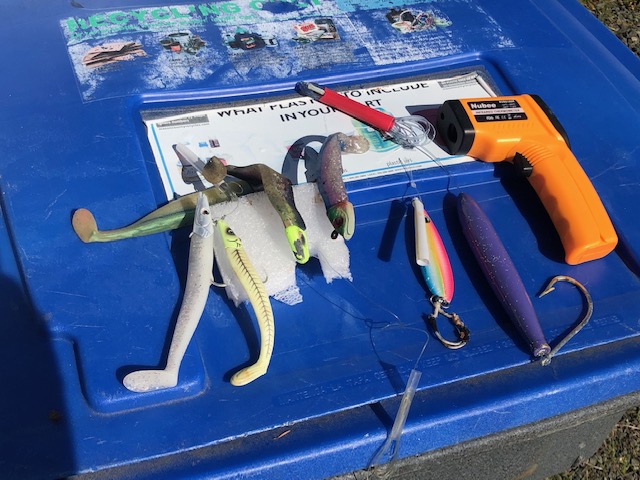 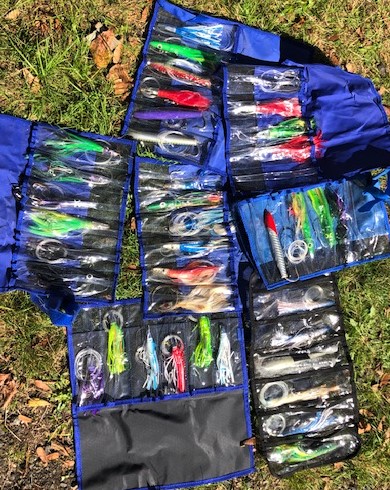 Thanks for all the great information! The 40 miles out was just a number to talk about. We will run the boat as economical as the weather permits and stick to the 1/3, 1/3, 1/3 rule. I just had the fuel management system installed to monitor from the Garmin and also have the ever so jumpy dash gauge to compare. We fish allot for all other types of fish and the fish language changes a bit. Will be trolling cedar plugs. "Iron"? Assuming that is 4-6" darts or lead jigs of the anchovie size and color? We are set up well for all of this......I have learned that every type of fishing has its special presentations/action/speed etc........so we really appreciate this information from all of you. We don't quit until we get it figured out and we will share that information back.