Got a late invite from my good buddy, Carlos (The Kidd) to fish the back side of Cat. Left his house at 4:30 am anddrove from the IE to San Pedro. Got there while it was still dark, only a few trucks in the lot. Heard some animal noises behind us and saw a fox and a raccoon go at it in the parking lot, a first for me.

In no time we launched and picked up a half scoop of live squid from the barge then headed for the island just as the sun began to rise. As we headed out, the ocean looked like a washing machine so it took a little more than an hour to get around the horn. Surprisingly, the backside was less windy and the swell almost nonexistent. In my limited experience, the backside was normally rougher waters so this was a pleasant surprise.

We motored over to a liitle cove in about 60 feet of water and saw some marks, probably blue perch, and maybe some bass mixed in, nothing big. Dropped a 1oz leadhead pinned with a live squid and within a few minutes I was bent. Honestly, I thought I was snagged until I felt the head shake. HOLY SHIT!! I didnt know what it was but it was big. Got so excited, I caused a slight birdsnest.

The Kidd kept calm and walked me through letting the line out to untangle the nest. Fish was still on. My mind was racing as it got closer. I saw a flash of silver and thought "stupid bonito", then it got closer and I thought it was a big Yellow. Moments later it was in the boat and to my sheer delight it was a mutha fukin White Sea Bass...WOW!!!

I poked it with my $2 scratch awl to end its life fast, and petted the most beautiful fish I have ever caught while thanking it and mother nature for blessing me and my family with such a gift. We bled it and put it on ice. I couldn't stop thinking about it the rest of the day. Let every thing else go, keeper calicos and sheepheads mostly. I will never forget this experience. Thank you to The Kidd for making it happen. Virtually all usable parts of the fish will be used. I have shared the fillets with those close to me for good karma.

On the way back, we stopped at a big kelp patty and threw some jiggs, but nobody was home. Right as we passed it, I looked down and saw a huge Mola. By that time it was windy and the drift was fast. Didnt have time to take a photo. I have never seen one before, so a 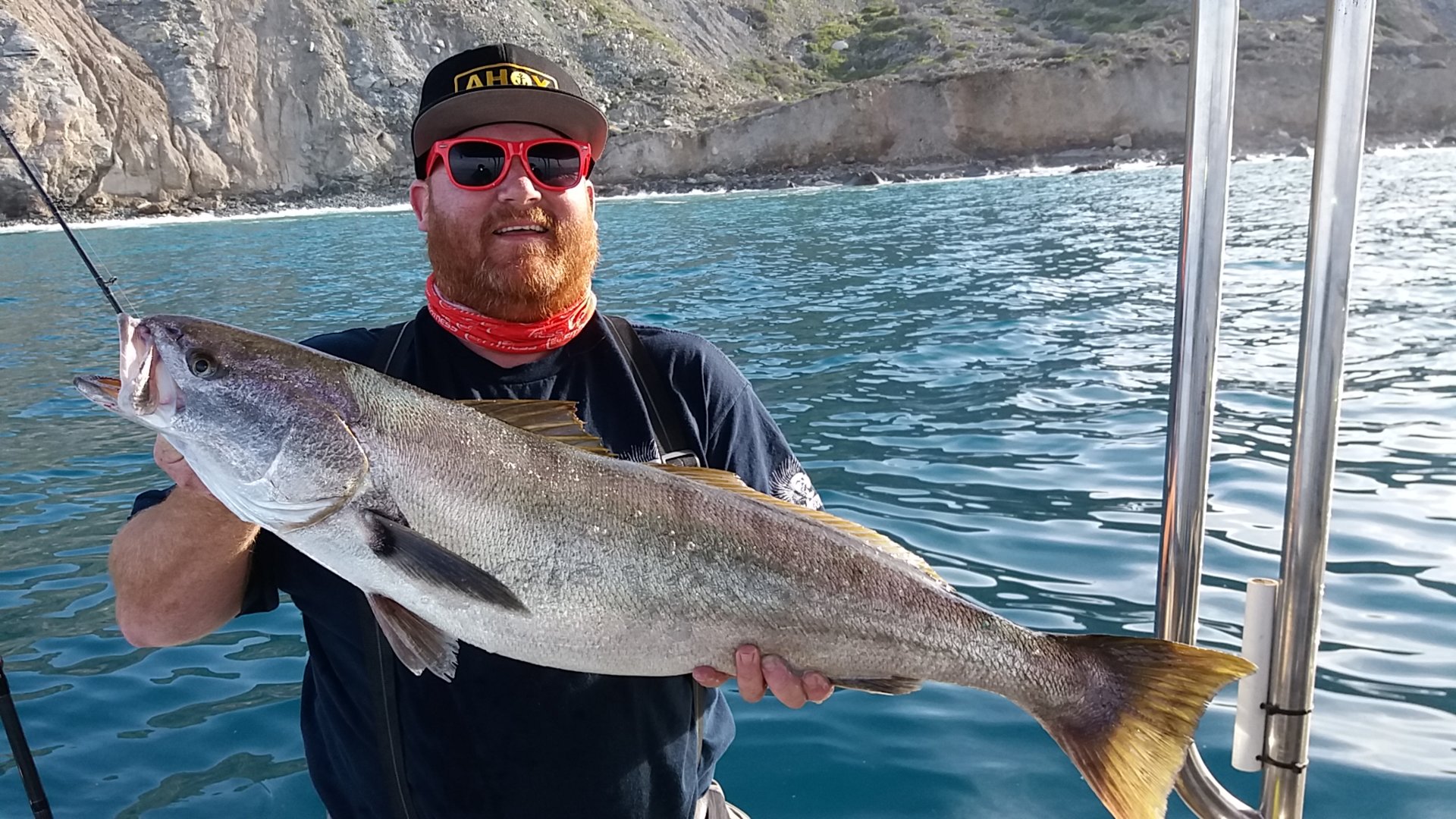 third "first" for me that day.

Thanks for reading guys. Bent Rods!!
Last edited by a moderator: Apr 20, 2017
Reactions: tree3, reeladventure, mudshark and 20 others

WOOOOOHOOOO! What a fun experience! Congrats! Great report with all the details and depth, etc

Seabass on the first drop/cast? Awesome.

How big was the seabass?

Great story.
Good job to the both of you.

Having issues uploading the picture. Hopefully this works. Not sure of the poundage, but I think its HUGE! I was just a turn off the bottom when I got bit.

I think I figured it out. This is a pic from the boat. 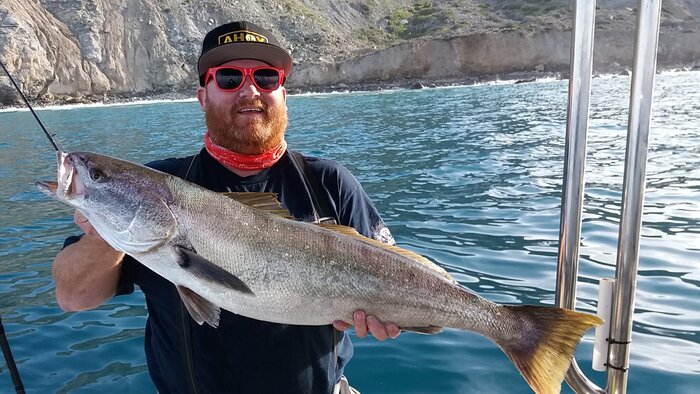 You will always remember your first

SaltH20Angler said:
I think I figured it out. This is a pic from the boat.

Nice work on the WSB!

Way to go! Thanks for the report and I hope to follow up tomorrow!

Dont forget the otoliths. I did on my first ghost because I was so excited.

Way to go! A trip of a lifetime that will always be remembered !

SaltH20Angler said:
I think I figured it out. This is a pic from the boat.

SaltH20Angler said:
it was a mutha fukin White Sea Bass.
Click to expand...

I haven't dug out the stones yet, but I will. I cut the collar and cheek meat off and put the head in the freezer. Seeing how this was my first one, I had to watch a couple of youtube videos to find the best way to do it.

Trying to figure out how to show them off once I get them out. Thinking of taking it back to the eighties by piercing my ears and hanging those stones off each one like Barry Bond's cross earing.

Congrats on popping your seabass cherry

Finally got the stones out. Now what to do with 'em.. 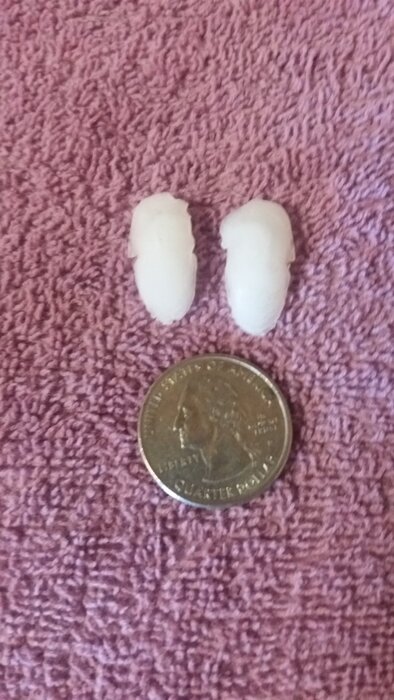 SaltH20Angler said:
Finally got the stones out. Now what to do with 'em..

Nothing. I don;t get the whole, stone thing.