3/4 ply for stringers sounds janky to me. I’m sure they were trying to cut costs any way they could.
As far as foam for structural support, it probably added some rigidity to the hull, but a lot of smaller hulls were sandwich hull construction with foam filled. I’m not certain, but I believe it became a requirement at some point.
Toggle signature
Of course I know what I’m doing...
Upvote 0

Yeah, I guess you could say this was sandwich foam construction? Whatever you want to call it....it did not stand the test of time, oblivious owners and water! I'm going to see if I have to put foam back because I'd rather not....lol
Toggle signature
'79 20ft Beachcraft cuddy
Upvote 0

Gave myself an epic blister cutting foam into squares and then prying it out with a tire iron. Almost got half done before I cried mercy and stopped... From what I found, in 1977 the uscg started requiring floatation on boats less than 20ft in length, stern drives only require basic floatation vs level floatation. My boat is registered as 20ft but by my measurements it is a few inches under. So I guess foam will go back in.

It still has the original foam up in the cuddy and I think what I'm leaning towards doing when I redo the stringers is adding a bulkhead 12 to 15 inches in front of the transom and another one 6ft ahead of the first. That will leave an air space next to the transom that will drain into the bilge and another space at the front of the deck under the seats. I'll put inspection plates in the deck over these non foamed areas.

My intention is to keep potentially wet foam away from the transom even though it won't be wood and in the front it will allow access to through bolt the seat post bases. There would be 6ft of foam on each side that I estimate to be 9 cubic ft(18 cubic ft total) and also the entire deck is probably going to be 2" XPS foam with 2 or 3 layers of 1708 on each side. Stringers will be 2" XPS with 2 layers 1708 and 2 layers 1808 alternating. 1808, 1708, 1808, 1708. Motor mounts will be similar, XPS but 6 layers of 1708 and 1808 and a laminated block of GP03 under the laminate for the lag bolts on the motor mounts. Need to get better measurements but something like 4" tall by 6" long.

Why not use a closed cell foam? No worry of water absorbing in there, just give it a place to go.

Yes, closed cell foam under the deck in the center sealed dry compartments. From what I've read, closed cell foam does still absorb water over time and after this...I don't want water sitting next to the transom trapped. Coosa or not, it just doesn't give me good feelings. Foam up against the transom is part of the reason this mess started. Someone drilled into the transom to install trim tabs without sealing correctly and water then soaked the transom core as well as the foam. I don't want foam under the seats either way for mounting reasons. I lose about 3 cubic ft of foam by keeping the transom area foam free....180lbs of floatation. The foam core deck should more than compensate for that. 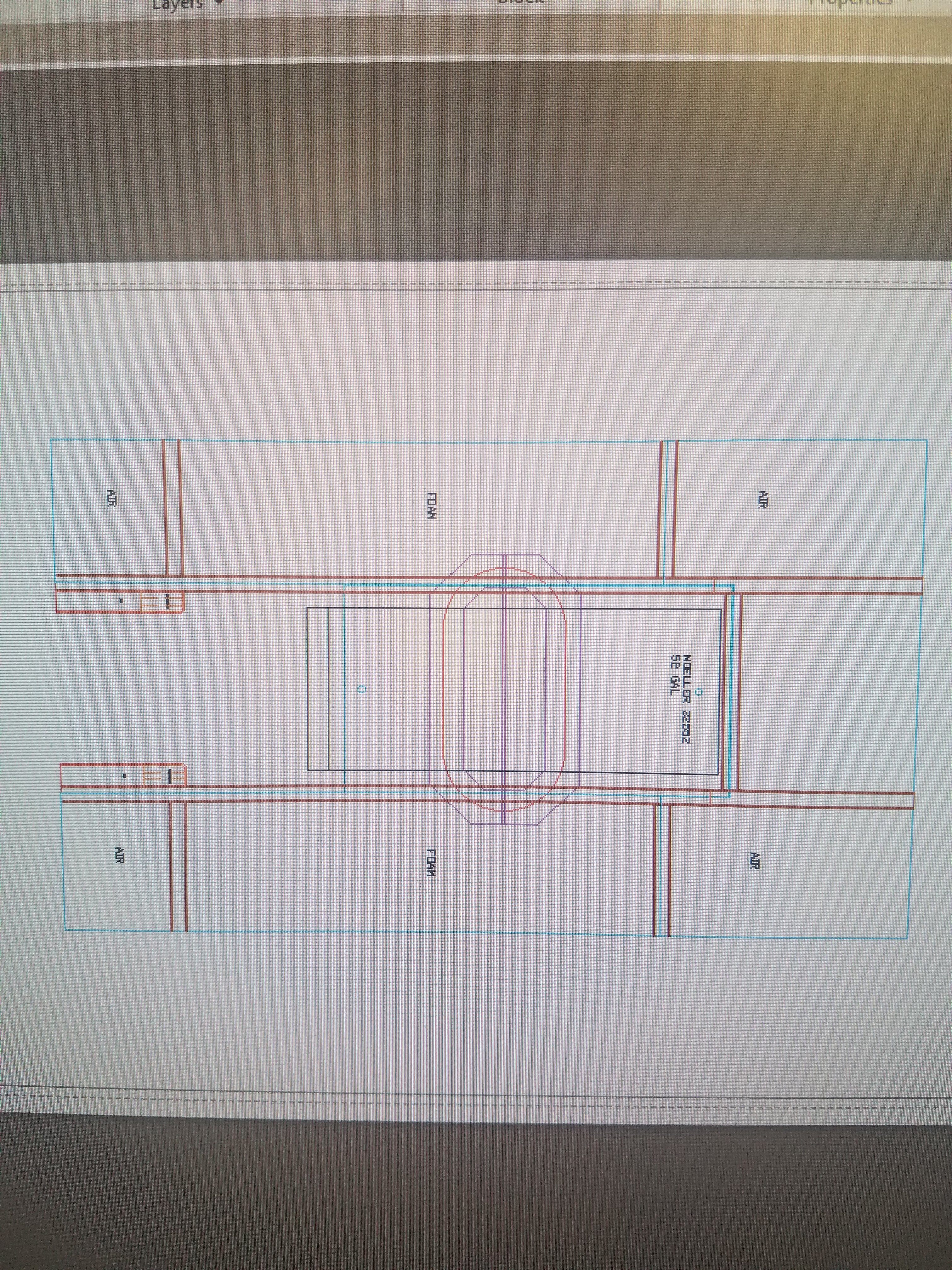 The foam Arima uses or used back in the early 80’s is pretty water tight. I wish I knew exactly what they used. They stood by it, and I would assume Defiance would have kept the same product when building new Arima’s.
Toggle signature
Of course I know what I’m doing...
Upvote 0

I'm probably over sensitive about foam. Can you blame me? Lol. I'm sure pouring foam back up against the new transom would be fine. We'll see...I have plenty of time to think it over.
Toggle signature
'79 20ft Beachcraft cuddy
Upvote 0

I totally understand! That stuff ain’t no fun sometimes… or ever. Haha
Toggle signature
Of course I know what I’m doing...
Upvote 0

Well, I got the foam all dug out. Started sanding the remaining foam off of the glass and I found one more surprise

Another wet rotten stringer buried in glass that I'm going to have to cut out. I want to pull the outdrive and engine out before cutting the stringers out though. I have to say that I'm seriously questioning weather or not this rebuild is worth doing at this point....I'm estimating around $3000 in materials to do this. Then again, I doubt I can ever trust the soundness of a used boat again after this! I absolutely can not believe that Parker still uses wood in boats that sell for 100k! Dang your pretty deep in this thing now .
best of luck in what you decide to do.
Upvote 0

Pulled the outdrive. Need to build an A frame to pull the engine now. That might be a while. I have a plan on how to rebuild this thing but I won't know for sure until I get the engine out and the hull stripped completely. Here's some pics of the foam sandwiched in the sides of the hull. To glass in a new transom core, I think I need to cut out the foam so there's solid glass 12"-18" in front of the new transom core on the hull sides. 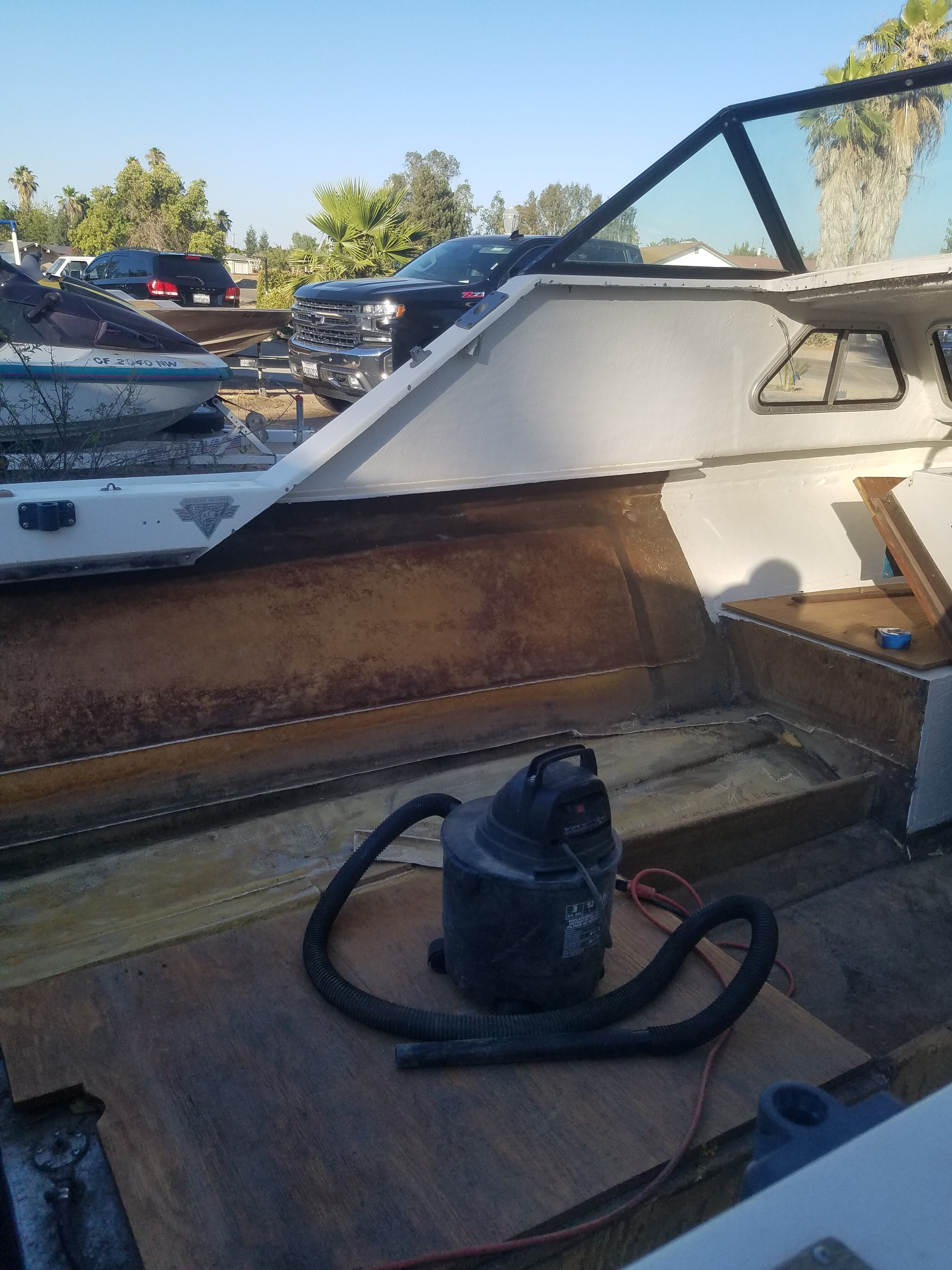 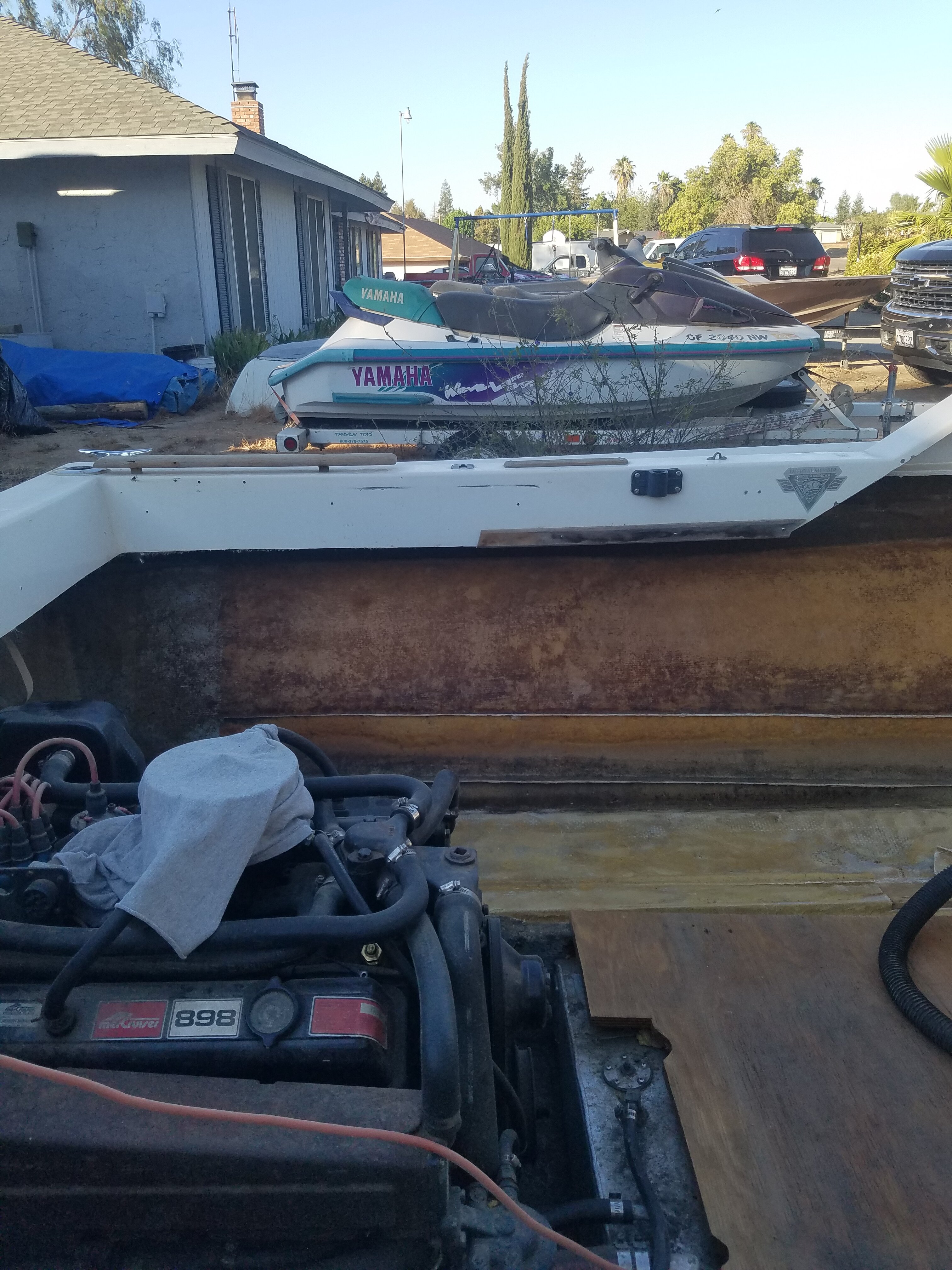 I'm considering completely cutting out the foam in the sides of the hull now. The foam is only covered in glass chop strand mat. I want to remove at least 18" at the stern so I have solid glass for the new transom. Should I leave the rest or remove it?
Toggle signature
'79 20ft Beachcraft cuddy
Upvote 0
Show hidden low quality content

Upvote 0
W
My first time out?