Looking to get a bulk container of grease for reel maintenance. Hoping to find a single product that will work on all the internals (including drag washers) for various shimano reels.

The reels are taking a beating while kayak fishing and are requiring service 2-3 times a year. Full tear downs from water intrusion/grease contamination.

I have been using the little pucks of shimano drag grease, but they are really expensive for a small amount of grease. 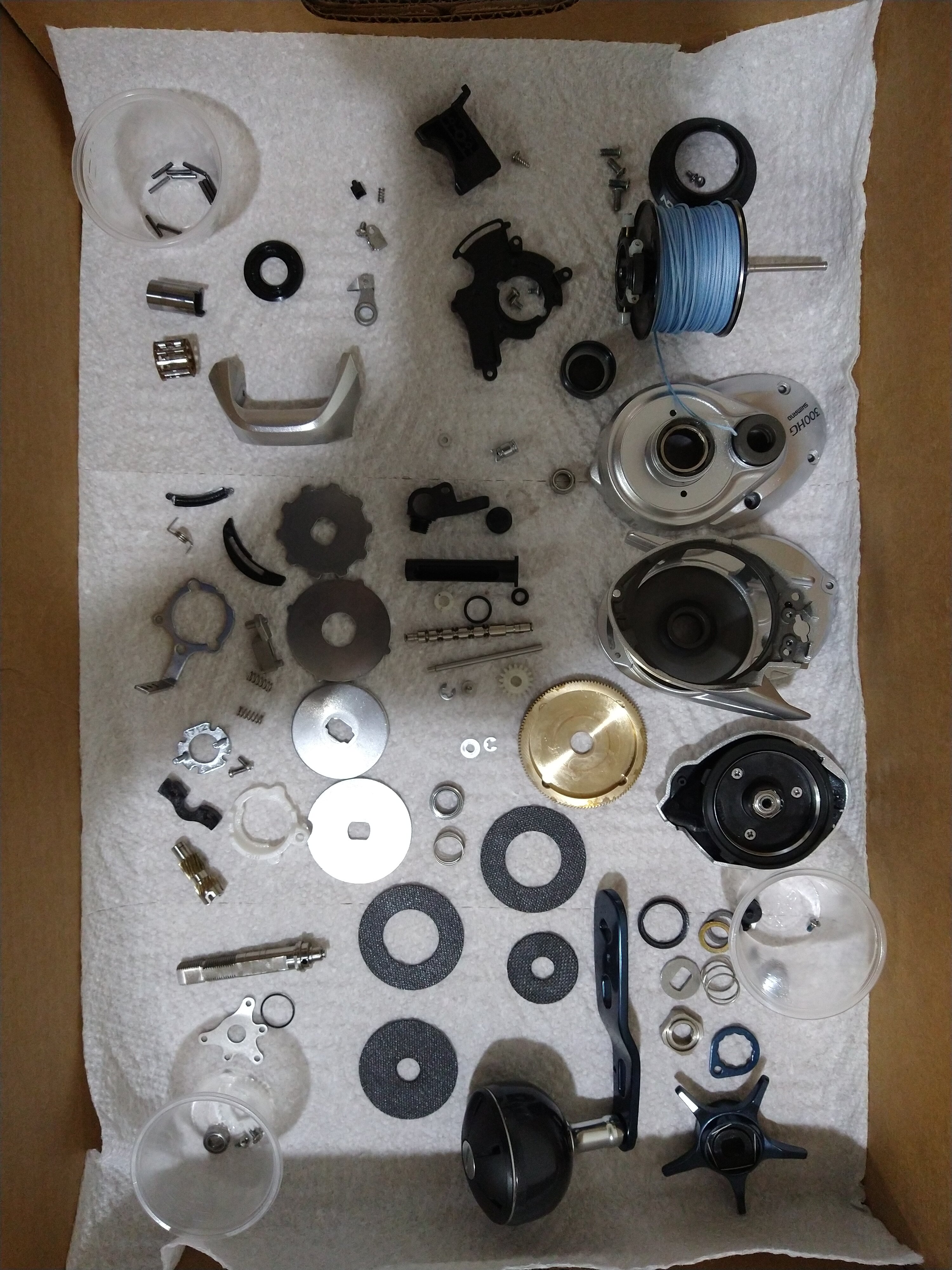 TSI-321 for the bearings and Cal's for the drag washers.
Toggle signature
When I was your age, Pluto was a planet.
Reactions: alex88, marlyn, JamesTaylor and 1 other person
Upvote 0

I use Lucas marine grease (same for trailer bearings lol) or Park Tool polylube. Works well for me, any kind that doesnt “melt” or tend to fling out. I dont feel any difference no matter what type of grease i use, even the heavier stuff, some guys only use the OEM stuff. Your preference, thats what it comes down to.
Upvote 0

I'm fine with something other than shimano. Will petroleum based greases cause damage to plastic or rubber parts?
Upvote 0

Saw a video of someone using this grease on a Shimano reel. Have no idea how it holds up though... Tsi321 for spool bearings, cals drag grease for drags, Yamaha marine grease for everything else
Reactions: MAG0121, Rmpsocal, lazyfisherman and 6 others
Upvote 0
R

wow, how deep is it here?

You have two recommendations for a tub of Cal's for drags and TS-301 for bearings. And I third those recs.
A light coat of grease to protect any metal.
I'm not sure anything will eliminate service when you are yakkin. And who wants to take a chance.
Reactions: marlyn
Upvote 0

rancanfish said:
You have two recommendations for a tub of Cal's for drags and TS-301 for bearings. And I third those recs.
A light coat of grease to protect any metal.
I'm not sure anything will eliminate service when you are yakkin. And who wants to take a chance.
Click to expand...

Yep. Understood. I'm not looking to eliminate maintenance, just looking for a grease that I can buy in bulk.

I'll order some Cal's. I already have an oil that I like for the bearings.

Damn Ryan it looks like that reel exploded talk about being meticulous with maintenance.
Toggle signature

Mr. DRE said:
Damn Ryan it looks like that reel exploded talk about being meticulous with maintenance.
Click to expand...

Unfortunately, if I did it monthly it still wouldn't be enough. The get SOAKED constantly in the kayak. 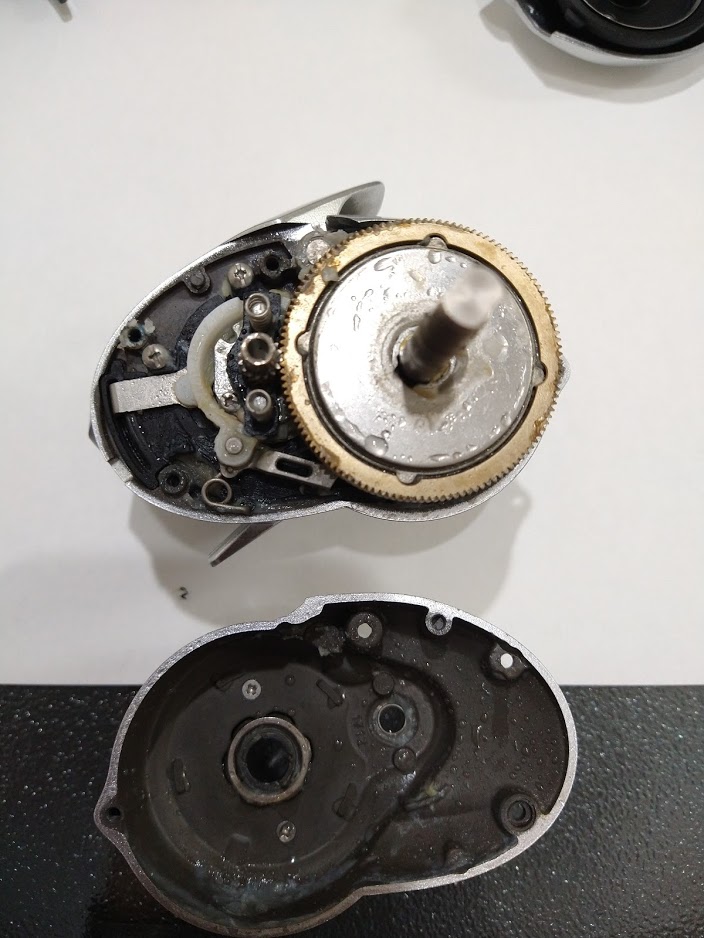 So I've been board fishing with the same Tranx 300 for the last few years where the reel gets submerged every time, and all I ever do is pop off both the left and right sideplates as well as the spool, spray everything down with a spray bottle or hose nozzle set on mist then let air dry in the sun. I'll do a full breakdown every 6 months or so (been over a year now though), but I really haven't seen much need to anything more as long as you go through this modified rinse process within a few hours of getting off the water (ideally as soon as you get home), so another option might just be saving yourself some time and money and just not regreasing them every time. I'm really meticulous with my reels and service all of mine myself (short of the Stellas, not opening that can of worms), so that's not coming from laziness, they are just actually pretty good at resisting corrosion and other deleterious effects as long as you get the salt out.

If you put grease where grease is supposed to go and oil where oil is supposed to go you should generally be fine as long as you degrease everything well before changing greases. Personally, I like the star drag grease (Ace 0) on anything that moves but doesn't spin freely, and the DG14 waterproofing grease on areas that water could get into on reels that aren't getting opened up routinely as that grease is really expensive. Also don't grease or touch the rubber gasket seals, you will pull that rough looking coating right off or foul it with grease, and it loses all its efficacy once you do that, and you don't want that. Those coatings are really good, and worth it to protect it.
Toggle signature
Guy Fieri wears Gatorz
Upvote 0

A light coating of PENN Blue grease everything else.
Reactions: MAG0121
Upvote 0

not a direct answer to your q, but here's a thought...if there is any chance, put your reels away when launching and landing thru surf. i had a dry bag i put them in and stuffed in a hatch for bigger surft (translation - more than knee high). once out, keep them up in rocket launchers. you shouldn't be dunking or splashing them all the time. takes way less time/energy to store reel and retie a jig or hook, than taking reels apart.
Reactions: RWP
Upvote 0
Show hidden low quality content
You must log in or register to reply here.

10 Stupid Things to NOT To Catch Fish - by Larry Brown