My wife and her friend planned a quick family(s) weekend trip to Santa Barbara on the new direct Alaska flight out of San Diego. Was kind of hilarious getting on an almost full sized jet to only be in the air for 30 minutes, but it's a cheap flight and totally beats a 5 hour drive through LA.

The girls wanted a spa day so they negotiated by sending me and my buddy fishing one day while they watched the kids, and then vis versa the next day. I booked a ¾ day on the Island Spirit out of Ventura after finding out the SB boats were full. I fish a skiff in San Diego so this was all new and exciting and a total change of scenery for me. Also nice to let someone else drive the boat for once. I threw a couple travel rods in my checked bag and was really glad I did (more on that later). We Uber'd down to the landing and got there a little before 5 for check in. A few minutes later a belligerent and unbelievably loud drunk burst in the door and marched to the front of the line and demanded to know what color plastics were hitting. Don't worry, he's been fishing his whole life, he knows what he's doing, he just needs to know what color. "We're fishing for yellowfin right? Oh what, rockfish, oh that's stupid, oh well, I'll catch all the rockfish."

Honestly I almost walked out the door and back onto the Uber right then and there, this guy was going to be a "That Guy" for the ages. But we grabbed our two rent rods to supplement the ones I brought and got out of the loudmouth's way. As we motored out I noticed his one spinning rod he brought had a 10 mm wrench tied on the to end of it. Which he proceeded to troll out for about 3 miles. He also had very loudly (everything was loud with this guy) declared that he was going to catch the biggest fish during the cook's intro speech. The weather was absolutely epic, I just assumed it was going to be howling 30 knots all day since I just figured that was the norm up here. Made the crossing and got to bottom fishing in about 130' off the north end of Anacapa pretty quickly. My buddy and I had named That Guy "Chad", even though we knew that wasn't his name. Seemed to fit. At our very first stop Chad dropped early, and on the wrong side of the boat, and immediately pulled up a pretty nice-sized sheaphead. I hate fishing. This ended up being the jackpot fish for the first several hours. That was the only fish I saw him catch.

I don't bottom-fish on my boat, and I suck at it, which was evident when my buddy who is terrible at fishing was pulling up quite a few nice whitefish and I only managed two before lunch. There was no current to speak of so it was a bit slow, but a few nice whitefish, sheephead, and some monster sculpin were coming over the rail. Finally, a glimmer of hope. The guy next to my buddy hooks up and has a nice bend in the rod. This is not a treefish. The boat, who was cumulatively completely sick of Chad, collectively held it's breath. A really nice goat comes up, way bigger than Chad's, and the boat breaks out in applause. Disaster averted. After lunch we rolled up to Santa Cruz, as was the plan to chase cuda and bass in the afternoon. I felt like now was my time to shine, since this is more up my alley. Obviously my jigsticks didn't make the flight, but I had brought an 8' Amazon-special 3-piece garbage casting rod that has been halfway around the world with me. I had grabbed a Lexa 300 as a safe travel casting reel, not wanting to fully breakdown and pack my normal iron setups. With a small mint/white Tady AA, I could really get out there. It took a little bit to find the fish, but when they did, it was game on. Pretty much every cast for a couple hours. Really nice grade logs. They weren't interested in hook-baits very much, and there weren't many jigs being cast more than 10' from the boat, so it became a super fun hook and hand session. The ones I did reel in I just told the deckies to give away since we weren't flying home with fish. A few I bounced over were toads too (only took one pic of an average sized-one for my kid, who loves fishing for barracuda). 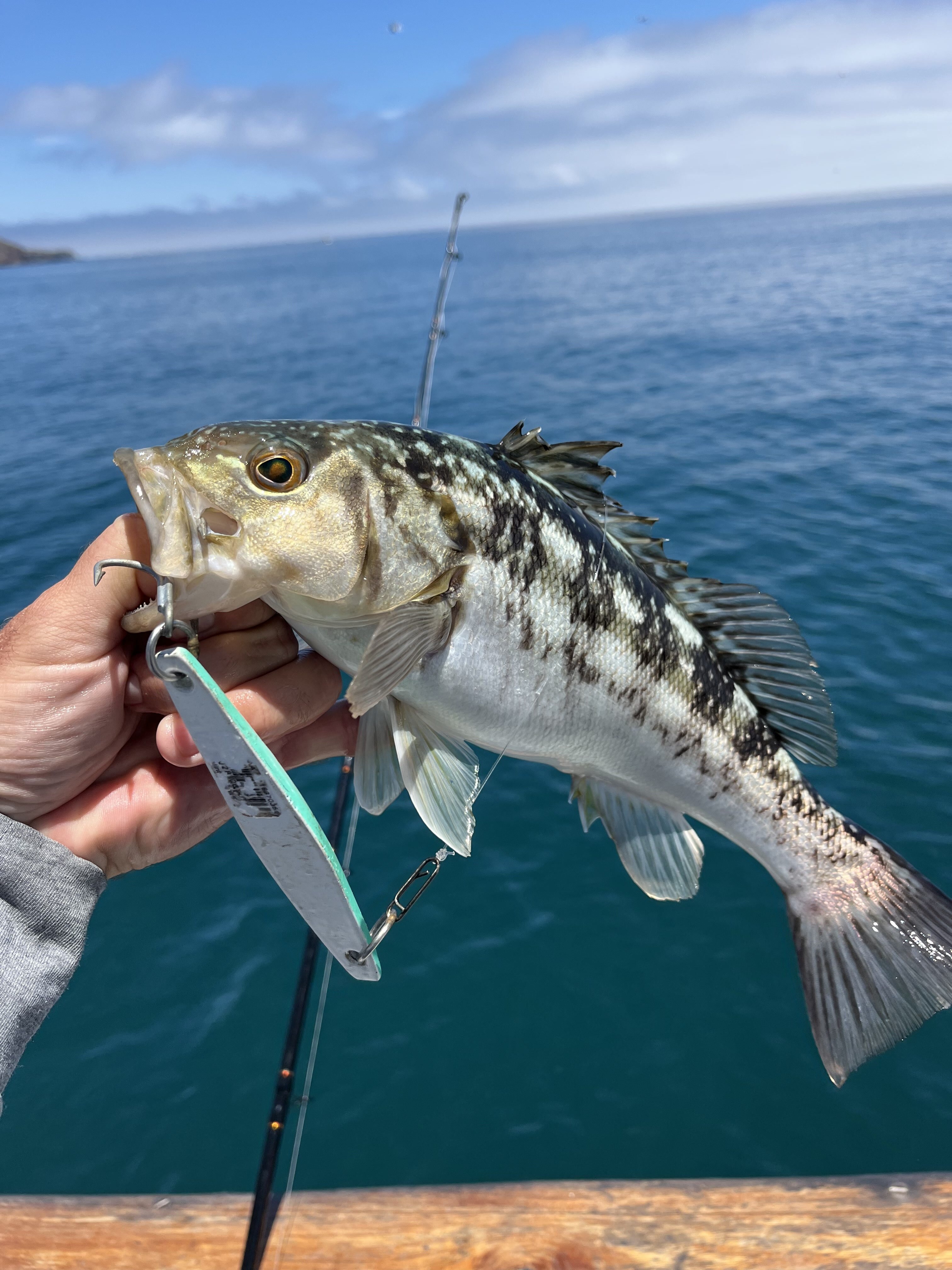 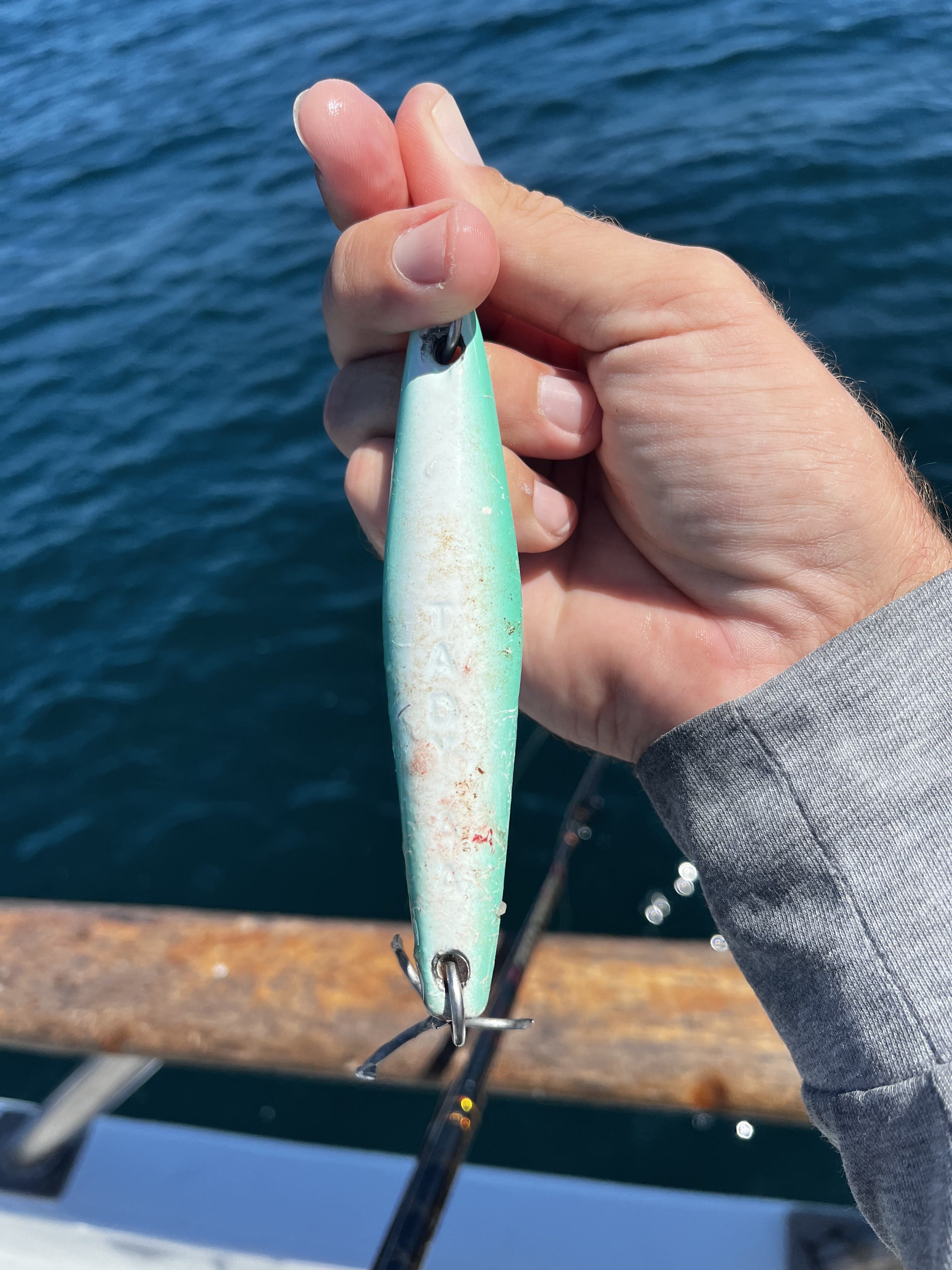 After the carnage had settled, and we were headed home, they called out jackpot contenders, which I didn't pay much attention to in the galley. But then I heard a bunch of moans outside and I found out that guy who caught the big sheephead had not entered the JP. Dangit. Chad was dancing around gleefully. Someone ended up walking up with a nice cuda though, and the scale tipped back in his favor, away from Chad's 6-7 lb sheep. Cheers erupted again.

I was stoked, but then I flashbacked to all those big cuda I gave away, including probably to the guy who won, thinking the JP would be the big goat,. Doh.

No worries, weather was great, food was bomb, the crew was great, and the islands were beautiful. Cool day in a new spot. Even That Guy couldn't ruin the day, despite his best efforts. 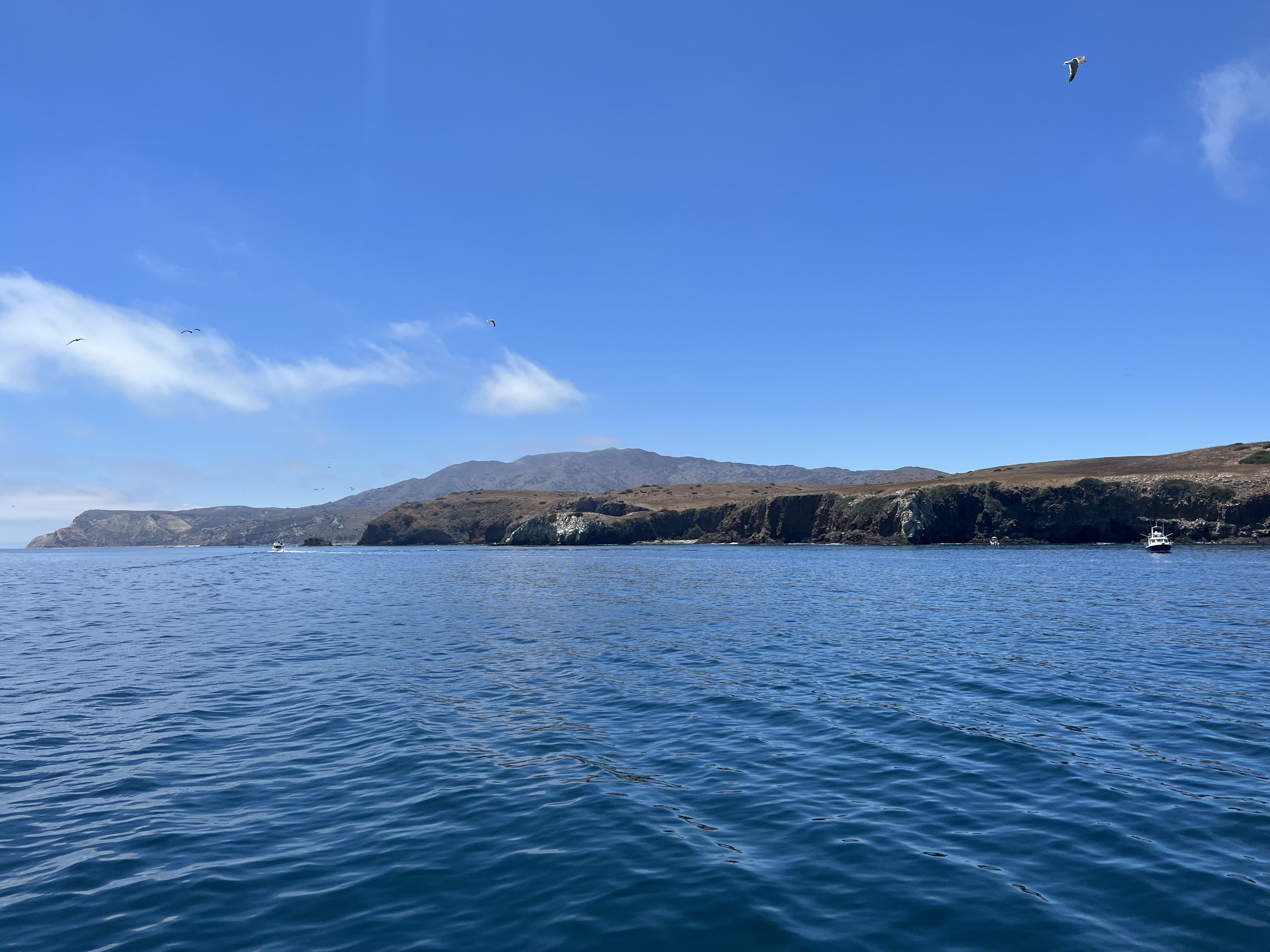 Awesome new waters.
Glad you guys made the best of it.
Upvote 0

Way to cone out and throw the plug! Love it. Thx for reporting.
Upvote 0

Those gunny sacks all had a sad face on them.
Upvote 0

GREAT READ! NEXT TIME THROW "CHAD" OVERBOARD AND SAY HE SLIPPED OVER THE RAIL BECUASE HE WAS TO DRUNK.
Upvote 0
Show hidden low quality content