Marlin, sailfish, dorado (mahi-mahi), tuna, snapper, yellowtail and big roosterfish are what fishing is all about in Baja and last week was the best example. Last week it was all of them and more.

With air temps in the mid-90s and water temps in the low- to mid-80s, fishing couldn’t be any better out of Hotel Buena Vista. With plenty of bait fish in the area, fishing stayed hot all week;
and as unlikely as its seems, we have even been catching yellowtail in July.

Some days the porpoise have been found less than 12 miles out from our beach; other days they’re in the 20 to 35 miles range. While out looking for tuna under the porpoise, it’s common to see marlin on the surface in big numbers along with tortuga (turtles), sharks, manta rays and every now and then even a few whales. So, even if you don’t want to fish, it’s a great time for a scenic boat ride.

Billfish have been nothing but spectacular with blue marlin, striped marlin and sailfish caught and released in big numbers not too far from our host Hotel Buenavista Oceanfront and Hot Springs Resort. 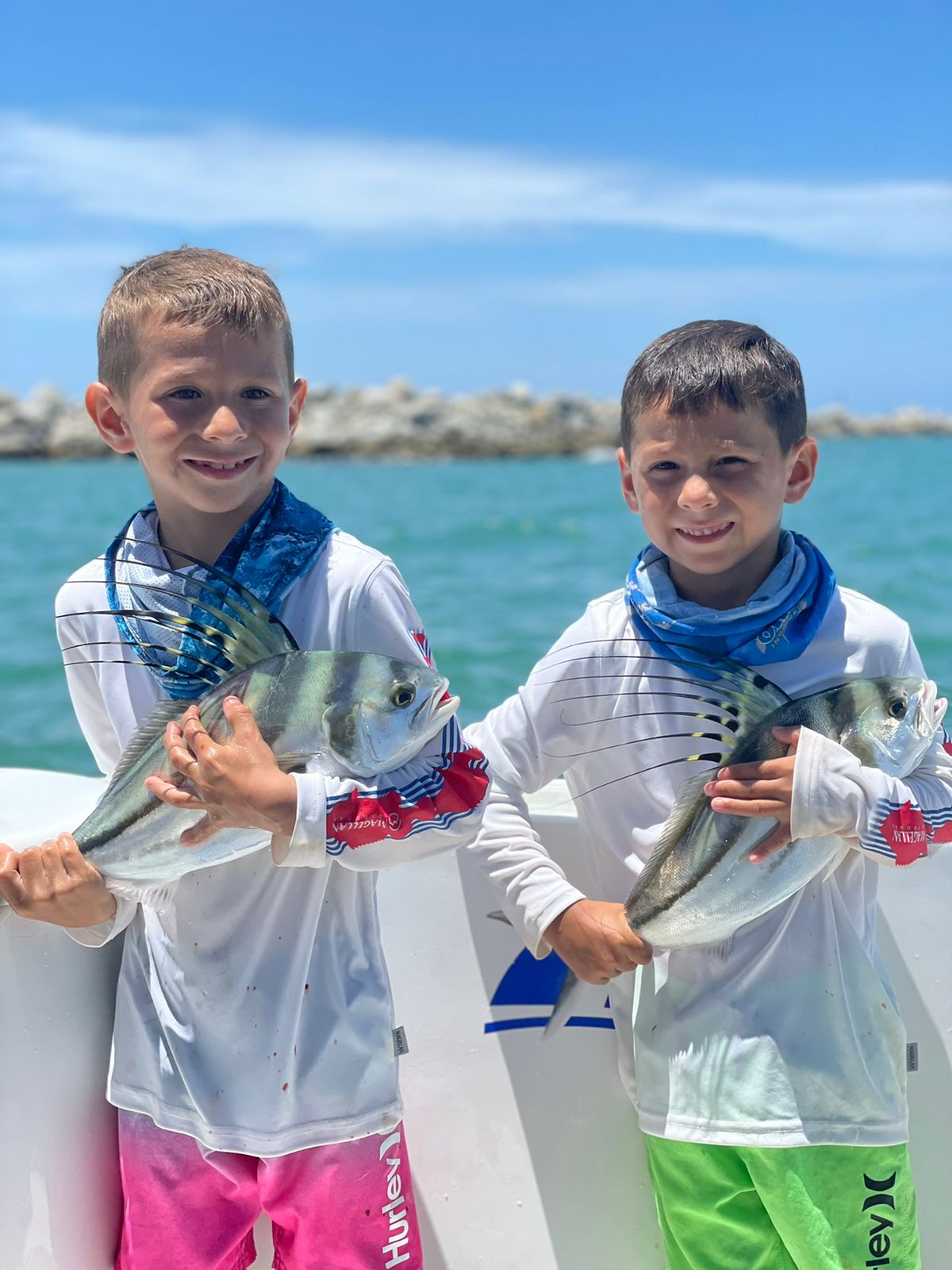 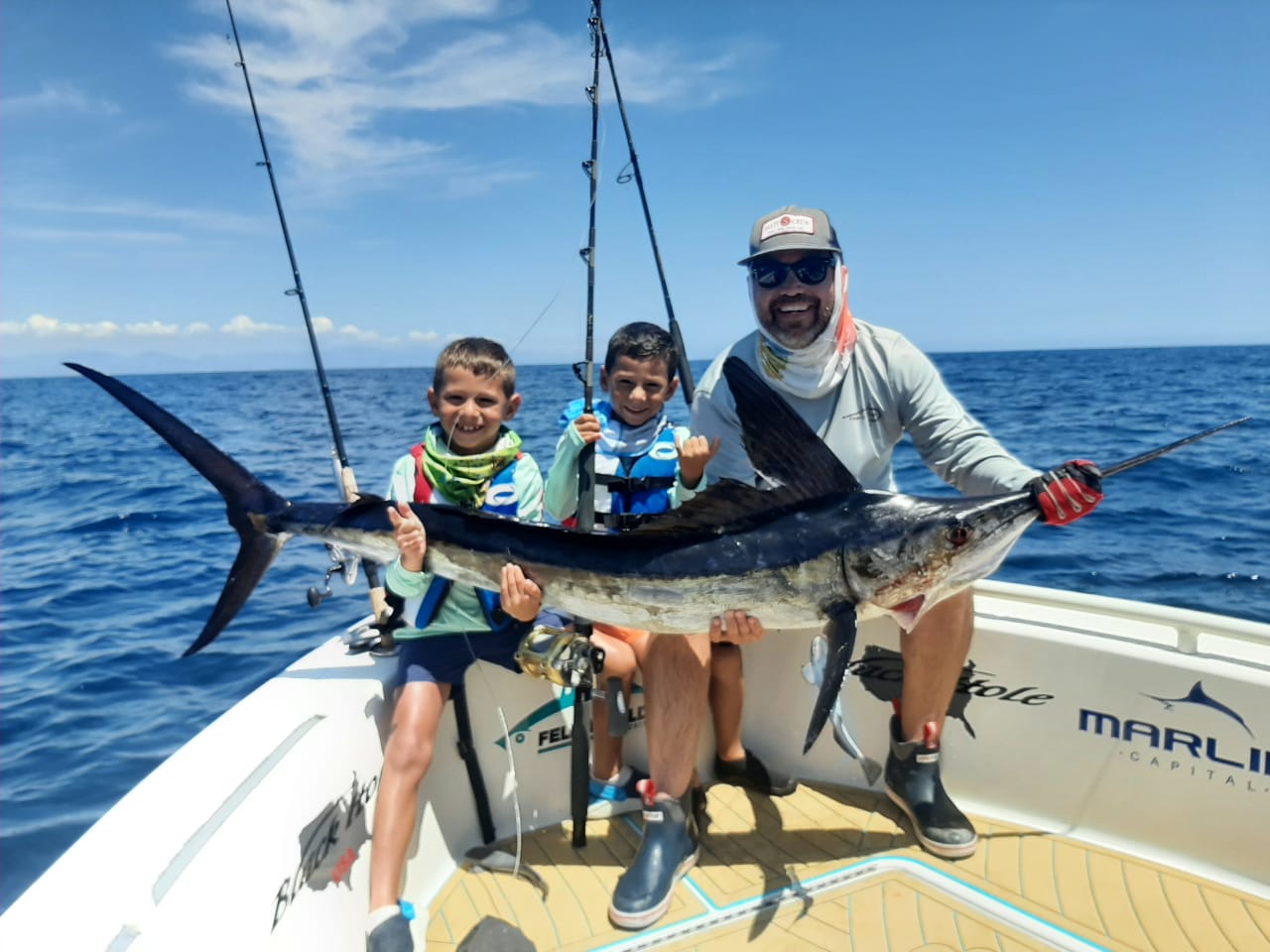 Welcome back Manuel Corcuera and his two sons, Paulino and Carlos Manuel from Mexico’s Tamaulipas State, fishing aboard Liliana with his favorite crew of Marco and Dani. How was fishing? After what was described as an “awesome day landing marlin and roosterfish,” they also landed a big roosterfish while standing on the resort’s pier after debarking the Liliana. It was one cast and ka-pow, the rooster went screaming. 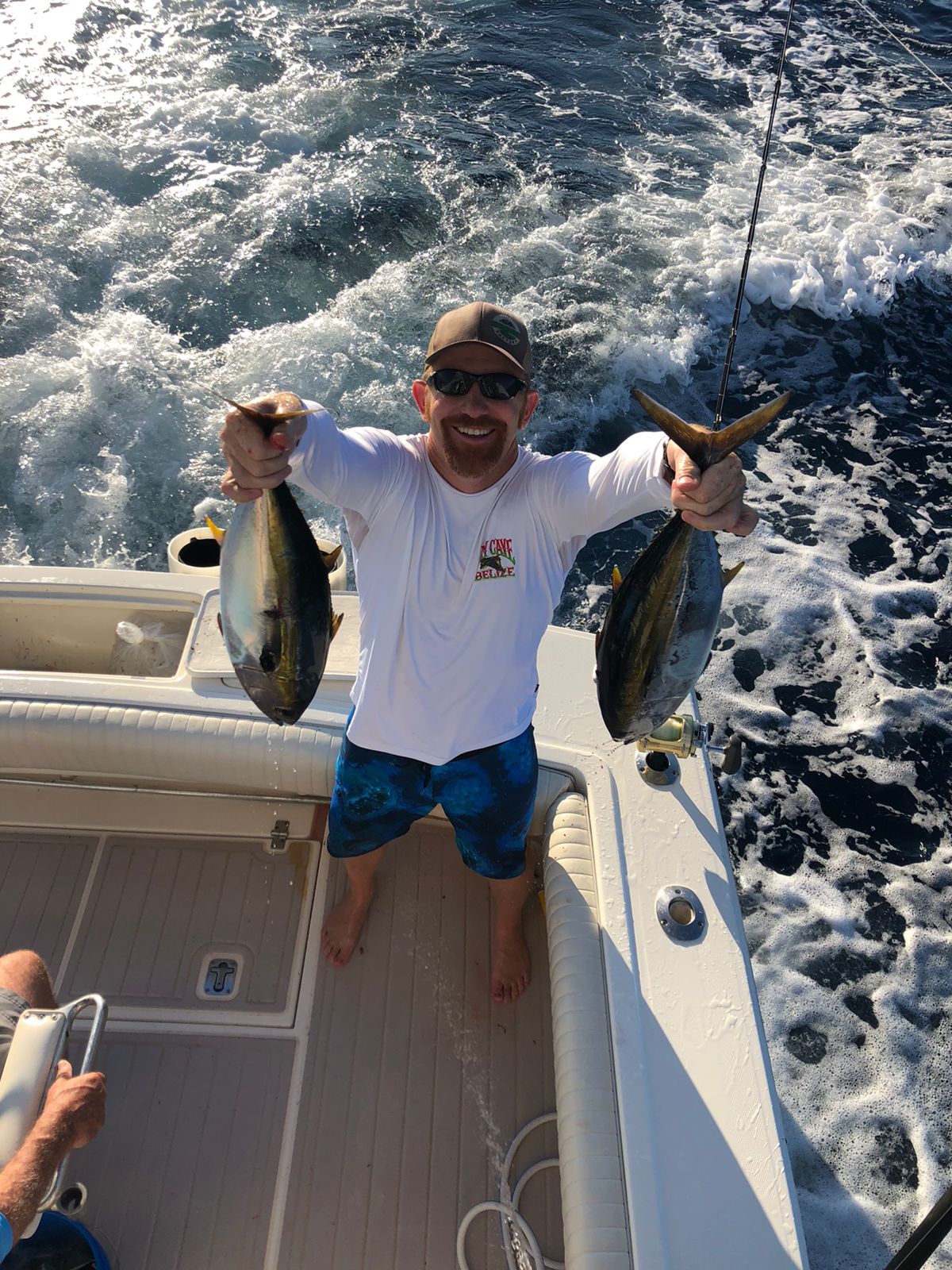 Making their annual trip to East Cape, Trent and Gary Stifvater visited the resort from Chico in Northern California. The Stifvater group fished with longtime friend, favorite skipper and crew, Capt. Vicente Cosio and Marco Garcia aboard the Dottie BII, landing tuna and marlin with a bunch of great times mixed in. Congrats guys. 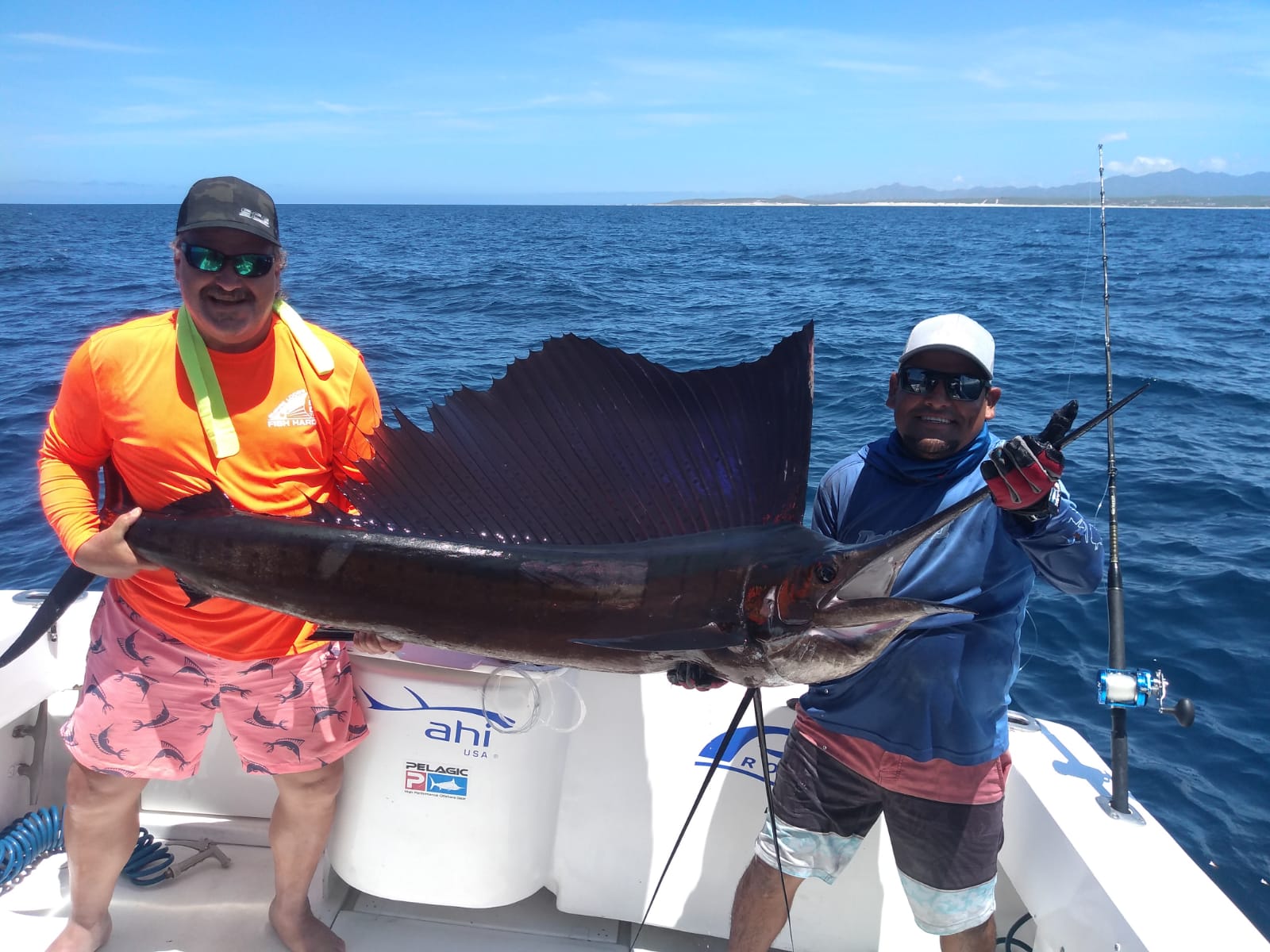 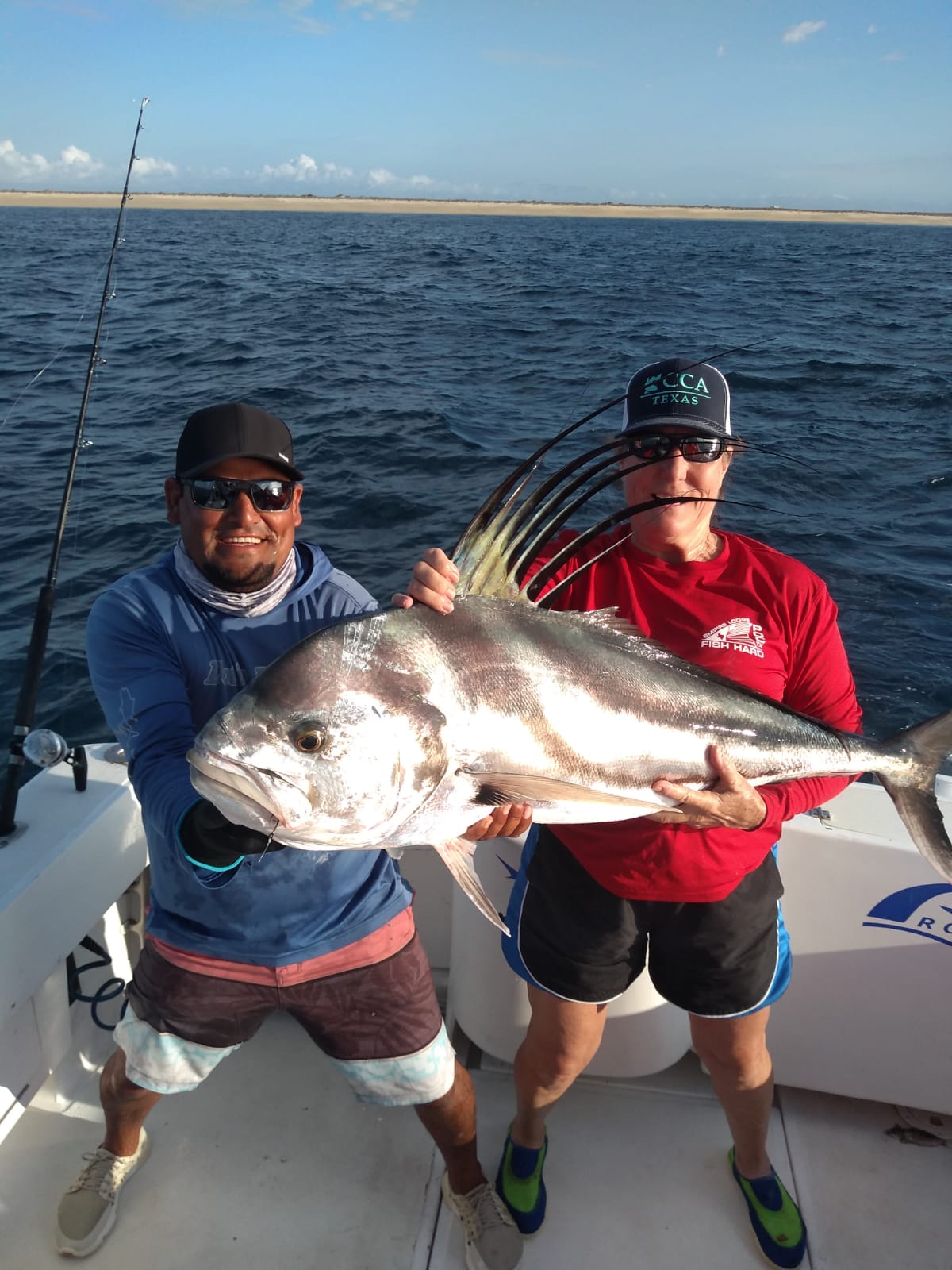 Patricia and Gerald Payne visited us from the Lone Star State via CCA, fishing aboard the Liliana with Capt.Marco and Dani. They pretty near emptied the ocean with marlin, sailfish and roosterfish. With the rooster released, it was a great two day fishing trip. How good? They are already looking for dates for their next visit. 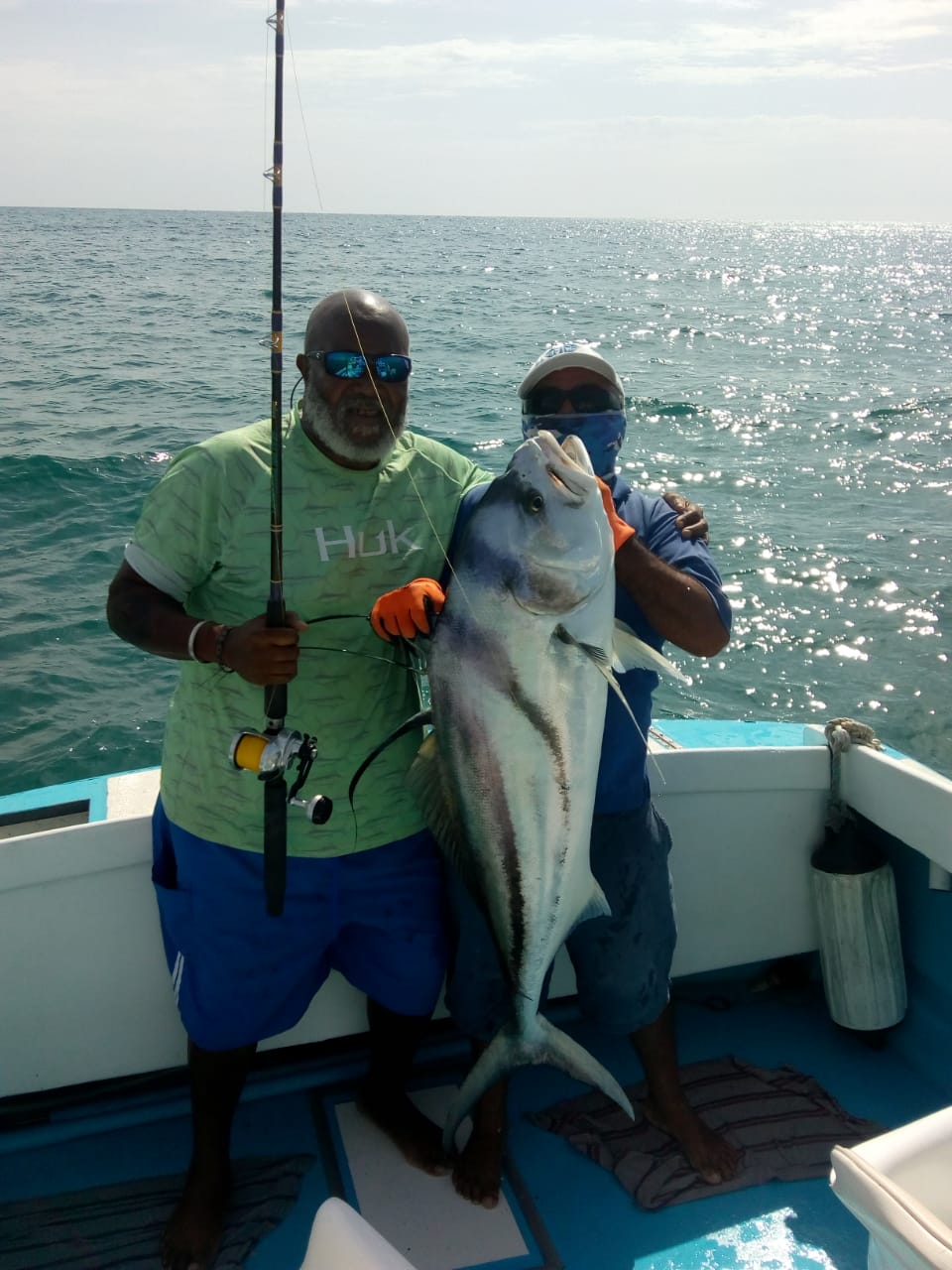 Charlie Lewis from Oakland in NorCal, a longtime friend from the Valdez Family, came to fish with his old time friend and favorite crew of Felipe Ruiz and Reggie Lucero. It was yellowtail time and they took full advantage of the frisky rod-bending jacks along with marlin and pez gallo or roosterfish. See you soon, my friend. 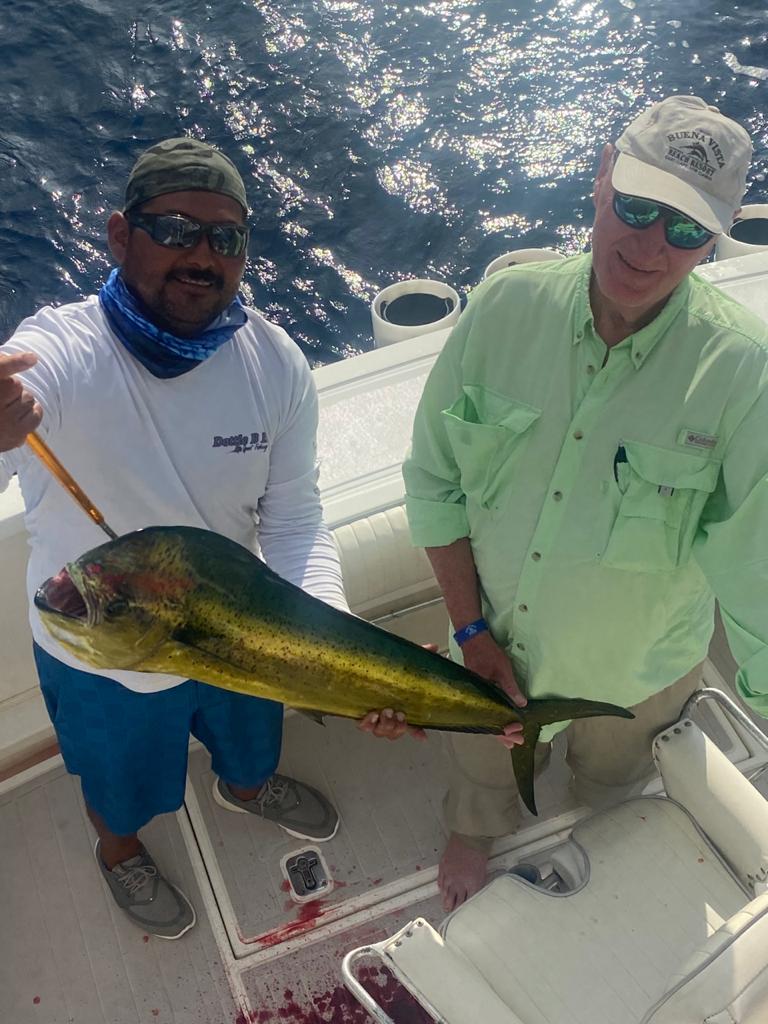 Larry Peabody, Wayne Trenkelback and Thomas visited us from San Antonio and had a wonderful time aboard the Dottie BII landing dorado, while catching and releasing marlin and tuna.

A. Because the tug is the drug.
Reactions: Leslie. Christensen and Rafttohunt
Upvote 1

Great report, thanks for sharing. Still looking for a Rooster over 50lbs. Looks like you have the boys HOOKED for life! LOVE it.
Reactions: Leslie. Christensen and Axel at Buena Vista
Upvote 0

GREAT REPORT and lot of NICE FISH
Upvote 0
Show hidden low quality content
You must log in or register to reply here.