Counts were up, weather was good, and load was light, so I decided to go after the yellowfin one more time before they got out of the overnight range.

Fished with my grandpa, who's pushing 80 next year, so I wanted to keep the trip short / manageable while still having a good shot at the yellowfin.

Bait barge had good, healthy baits. Seems like the deans have gotten bigger since my last trip out a few weeks ago. There was a good mix from skinny 3" - 5" to fat 5" - 7" deans. Deckhands recommended selecting larger baits to get past the skipjack.

Once we loaded up on bait, we headed down south. Weather was a bit choppy with swells rolling in closely together. I was a bit worried for Grandpa, but he still had his sea legs and held his own.

Started trolling at grey light with overcast skies and not a single boat in site. From 6:45 AM to around 10:30 AM, we had about 5-6 jig strikes - mostly skippies with one or two yellowfin mixed in. I think on two occasions, we slid baits out with no biters.

Come late morning, the negative thoughts started to kick in, and things were looking grim. From my understanding, we were quite a bit further south than the rest of the fleet and precious time was ticking away.

Then, like a voice from Heaven, we hear Jimmy on the comm, "Get ready. There's a kelp."

As soon as we slid up on the paddy, I pitched a colt sniper and let the sucker sink. Flashes of tuna swarmed the sniper, and I was instantly bit. Tagged and bagged the football yellowfin and went to check on Grandpa. He was back at the stern full bendo with a huge smile. He was gettin his!

For the next 15 minutes, the whole boat was bent. They were biting anything and everything. I caught two on the sniper, one on the popper, two on the surface iron, and too many to count on the flatfall. There were mainly school yellowfin with a few dorado and yellowtail mixed in. One angler even caught double yellowtail on his halco trolling setup, one on each treble!

It was the kind of fishing you dream about or see on youtube lol. So much fish had come aboard, we had to stop and count. We were between 20-30 shy of our limits, so we drifted the paddy one more time to fill our numbers. At that point, people were breaking off and bending down barbs so we could catch and release.

Thanks to Jimmy and the crew for an amazing trip.

Short clips of the bite: 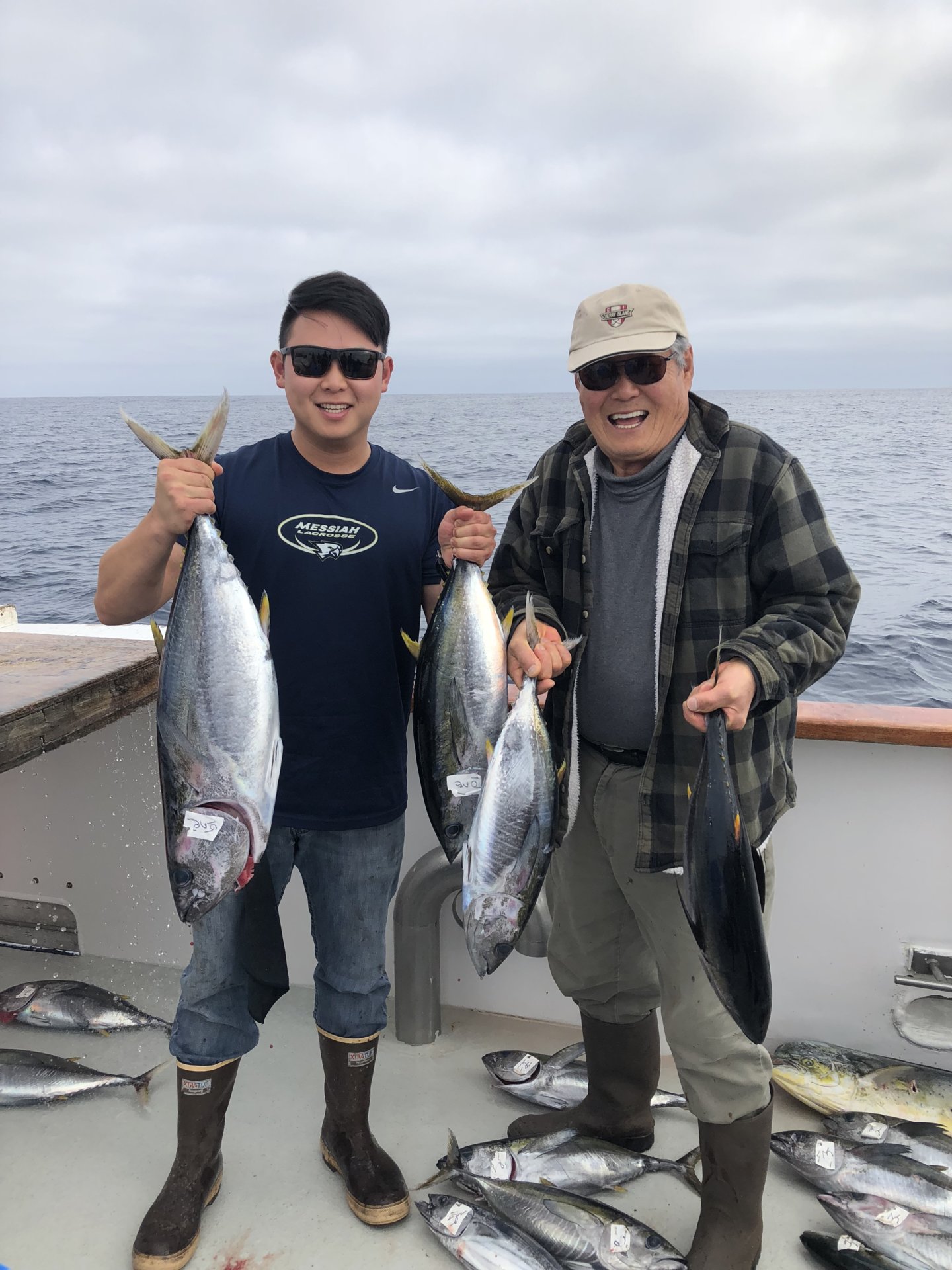 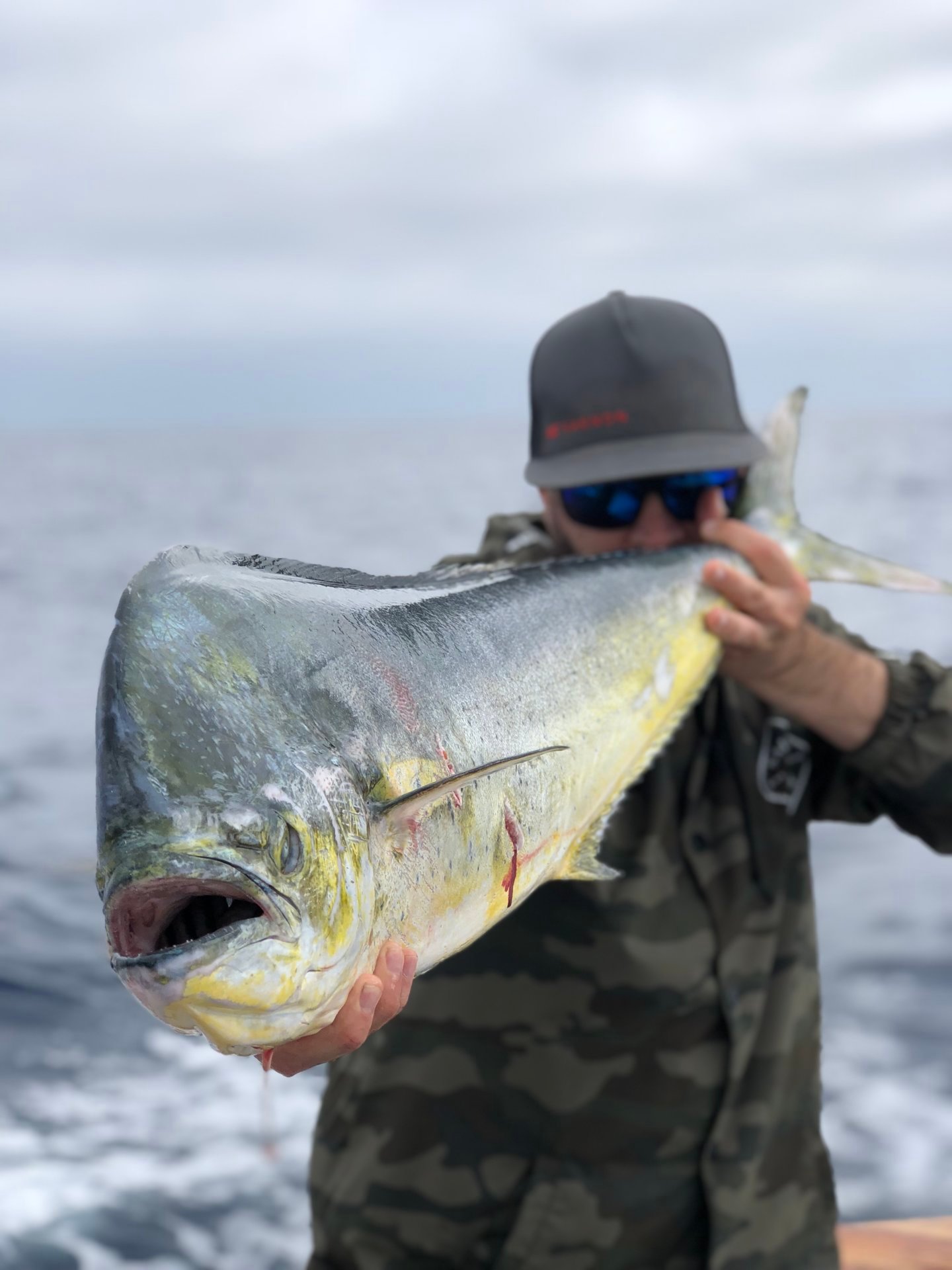 Justin91 said:
For the next 15 minutes, the whole boat was bent. They were biting anything and everything. I caught two on the sniper, one on the popper, two on the surface iron, and too many to count on the flatfall
Click to expand...

I love that you get to do this with your grandfather. Great report.
Reactions: Justin91, Hardcor, mandoman68 and 2 others
A

From the looks of it on your video, the fish were biting anything that hit the water, didn't even matter what it looked like. Wide open fishing at its best!
Reactions: Justin91 and stangclassic66

Awesome video of the tuna taking your jig!
Reactions: Justin91

Good fishing. Thanks for the report.
Reactions: Justin91 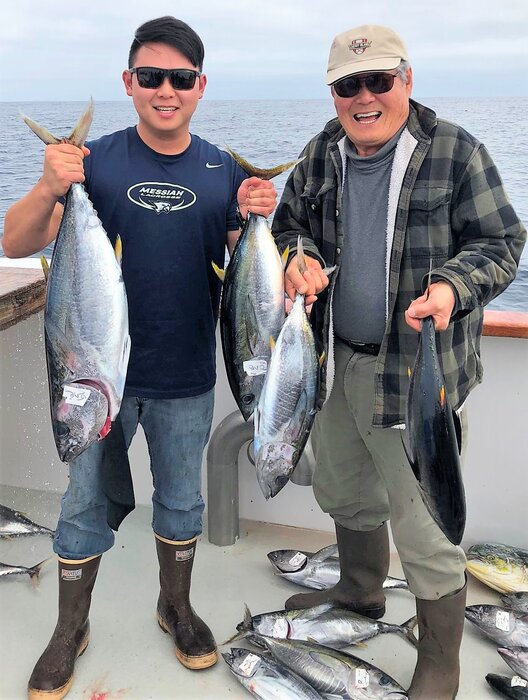 Grand Kids rule too
Last edited: Nov 1, 2018
Expand signature
The Killer in me is the Killer in you
Reactions: Justin91

Way to go guys!
Expand signature
Thanks for your report. Hook up! Cory
Reactions: Justin91

Great write up! Plus bonus points for fishing with gramps.

Fun trip! I love the first video clip: "Pinned to the rail by a football"!