Sorry for the misleading headline but I promise its important. As I'm sure you're all aware, the greenies are trying to shut down our bluefin fishery that we all know has been nothing short of epic. There is only three days left to comment on the matter before it is too late. We remember what happened with the MLPAs so lets not let this happen to our bluefin fishery.

Below is what I have written to the petition page. I also sent the same letter to the governor and all of our state congress. Ill attach a few photos to make the post more entertaining. GET OUT THERE AND HAVE YOUR VOICE HEARD!!!!!


My Name is Sam Weisman,
I grew up in San Diego, California, and am an Unlimited Tonnage Second Mate in the United States Merchant Marine. My average year consists of, at a minimum, 200 logged days at sea; this does not include my vacation time where I spend at least 4 days a week in or on the ocean. In short, I have made a profession, and a very healthy one I might add, out of my passion, which could be put bluntly as spending time staring at the ocean with a professionally trained eye. I care for the health of all oceans, both locally and abroad, as well as practice sustainability in my fishing. I can not remember the first time I was taken fishing, however I do remember the past three summer fishing seasons quite vividly, as all three were nothing short of amazing. The highlight of these past few years has been Bluefin tuna, not only in mass, but also in size. This past year, 2016, being by far the best, with what seemed like endless schools of bluefin and fish up to 300 pounds.
If this petition is to pass, it takes away the opportunities for all future generations to enjoy the same upbringing that I was so fortunate to have been able to enjoy. I believe it is a violation of human rights. As long as man has been around in the vicinity of water, man has fished; to take away that right would be a shame. I can't begin to express the amount of trouble I would have gotten into growing up if I didn't have fishing, or the ocean in general, as an outlet.
This petition is a stepping stone in the wrong direction. People need to be able to harvest local food and do so in a sustainable way. Banning recreational fishing, as opposed to commercial fishing, will achieve nothing in the big picture. A fleet of recreational fishermen could fish a single school of bluefin for months without depleting it. However, a tuna seiner can wrap its net around the entire school in one set and that entire generation of fish is gone forever with little to no survivors.
Although Bluefin are around every year, I do not target them unless they are high in abundance. This is for several reasons, but primarily that Bluefin are very finicky or smart (you decide) when it comes to boats approaching. I have had countless days on the water where I have seen literally thousands of Bluefin coming completely out of the water feeding, yet as soon as the boat gets close enough to fish the school, they all sink out and do not bite. This observation is very common among all southern California fishermen. However, if that same recreational boat were a purse seiner, that school of tuna would not only meet there yearly quota, but could be harvested all in one set of their net.
About ten years ago I read a personal excerpt from esteemed novelist and avid sportsman, Zane Grey. In his account, he wrote about the waters just off the coast of California, specifically Catalina Island. He went into vivid detail about the volume and size of the bluefin that could be seen on a given day just off the island. I remember thinking to myself what it would have been like to be alive at such a time and also thought those days would never be seen again. Contrary to what the proponents of this petition contend, I have witnessed almost exactly what he wrote about and all of this in the years 2014 through today.
Finally, I am left with many unanswered questions. For example, How are these studies conducted and what do they use as data? How many Pacific Bluefin are supposed to be in the North Pacific, when does the time line start, and how was that stock level measured at that time? Do they visually see these tuna by plane or by sea, or are they monitoring them using sonar? Are these individuals qualified to identify species of fish using sonar? (many fishermen are). How many logged sea days do they have in a given year? Is there sole purpose to prove their hypothesis right or to find the truth? My final question, Isn't it ironic that in the best year of Bluefin tuna fishing in close to a hundred years, a non-government group funded by God knows who, filed a petition to have them banned? 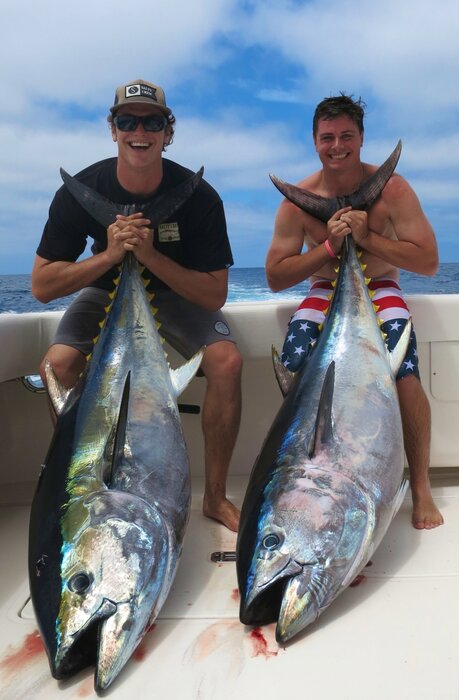 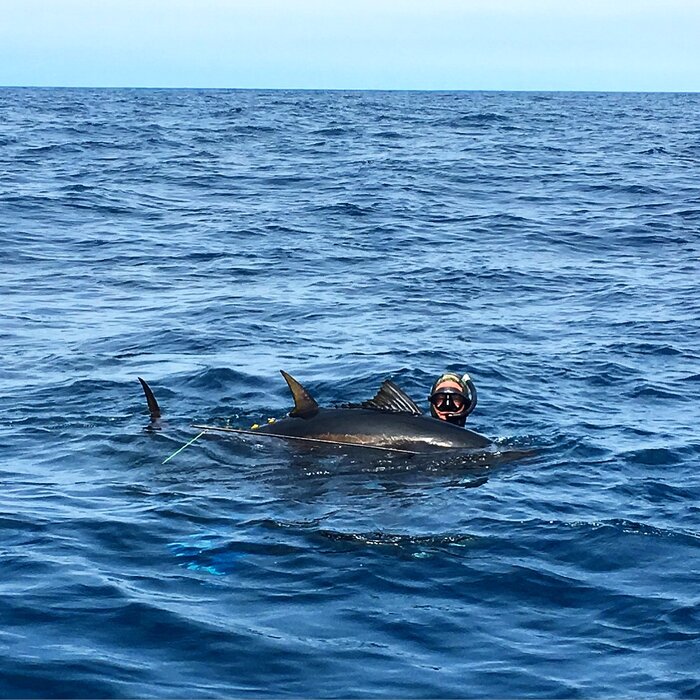 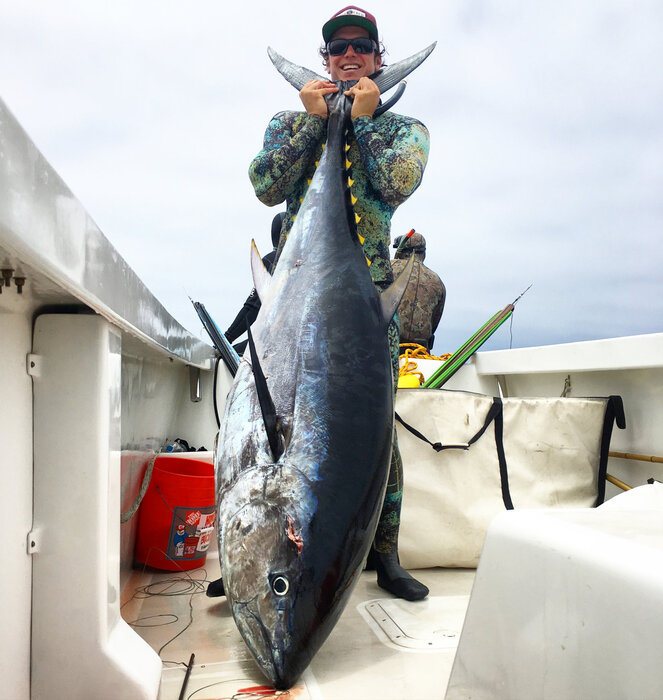 Appreciate you letting us know how yours/our voices can be heard. Contacts, hopefully where we can do it through the computer.

Appreciate you letting us know how yours/our voices can be heard. Contacts, hopefully where we can do it through the computer.

Why are the public comments not showing up? There are only 11 so far and the one above is now shown?
Upvote 0

socaldieseltech said:
Why are the public comments not showing up? There are only 11 so far and the one above is now shown?
Click to expand...

https://www.regulations.gov/document?D=NOAA-NMFS-2016-0100-0001
I see 455 comments
Toggle signature
Better to do battle and lose than not to do battle at all
Upvote 0

mullet said:
Go to the site were not allowed to mention (9*6 t*n*) they have a clickable link to the form
Click to expand...

There is an article on the BD's front page.

http://www.bdoutdoors.com/urgent-save-u-s-recreational-bluefin-fishery/
Toggle signature
Sometimes I wish i was a bird so I could fly over some people, and shit on their head.
Upvote 0

I can't see the comments though , can you?
Upvote 0

Sam, I really appreciate your comment.
I filed the comment immediately after reading your post.
I think we all ought to file the comment.
Toggle signature
Don't let the sound of your own wheels make you crazy.
Upvote 0

Thanks for taking the initiative. We need more young guys like yourself that see the big picture.
Reactions: karlk1125 and bparker1225
Upvote 0
A

Wouldn't surprise me. Sport boats alone caught 10,176 bluefin this year. Take into account the private boats and you can easily be looking at over 1 million pounds of bluefin from sport fishing. Our commercial industry caught just 200,000 pounds in 2015. Don't think the states to our north catch nearly as much.

I've always said that taking a bluefin tuna is much worse than taking a baby yellowtail when you look at the bigger picture. Environmentalists are all worked up about bluefin, and with data showing populations at 3% of no fishing levels, they're putting in a huge amount of resources into shutting it down. Any bluefin you take is going to be examined closely, and trust me when I say this year's relatively large catch is only going to make them that much more motivated.

Whatever comes of this, I will stand by what I said before: until we heavily regulate the commercial bluefin industry, this problem won't go away. Whatever we can save in the US from not allowing sport fishing or commercial fishing - maybe 1 to 2 million in total during the best years, with most years much less than that - is small compared to the 50 to 60 million pounds that get taken each year from commercial fishing, primarily from Asia and Mexico.
Reactions: karlk1125
Upvote 0

Azarkon said:
Whatever comes of this, I will stand by what I said before: until we heavily regulate the commercial bluefin industry, this problem won't go away. Whatever we can save in the US from not allowing sport fishing or commercial fishing - maybe 1 to 2 million in total during the best years, with most years much less than that - is small compared to the 50 to 60 million pounds that get taken each year from commercial fishing, primarily from Asia and Mexico.
Click to expand...

Amen to that. Even US seiners take a drop in the bucket compared to Mexico and Asia.
Toggle signature
2008 World Cat 320 EC "Freedom" Twin v8 Mercury 300's
Upvote 0

The recreational angling community has made its voice heard with a unified coalition letter to NOAA Fisheries against the effort to list Pacific bluefin tuna on the Endangered Species List.

The Coastal Conservation Association California Chapter, the national organization of Coastal Conservation Association, the American Sportfishing Association, the Coastside Fishing Club and the Congressional Sportsmen’s Foundation joined forces to make the case that an ESA listing would unfairly harm sportfishing and related industries on the West Coast, especially in Southern California, while achieving no practical benefits.

"Any decision to list the PBT (Pacific bluefin tuna) must apply the best available scientific and commercial information to the applicable statutory factors. When this is done dispassionately and without speculation, the necessary conclusion is that the PBT does not meet the standard for listing as threatened or endangered under the Endangered Species Act," the coalition letter states. To see the complete text of the letter, click HERE.

Thank you to all members of CCA California who responded to our alert last week to submit individual comments against this misguided listing. A decision on the petition is likely by next summer and CCA California will keep its membership updated on any developments.
Reactions: One_Leg
Upvote 0
Show hidden low quality content
You must log in or register to reply here.

Pink vs clear for bluefin

Conundrum - Braid with top shot or not for Blue Fin