Boat
Many, but are none are mine

Was thinking the weather was going to be an issue, it wasn't. Just a little swell that laid down for the most part Saturday.
Headed out right on time 7:00 p.m. from Seaforth.
Fin bait was micro to horse and very few in between. Not great, but not bad, and most didn't die.
The right choice was Mega baits and jigs on the slide. I pinned one cracker on a 2 hook once, and 1 middle mack on a 3 with no luck. The rest of the time a threw blue and white, green and white, sardine colored, and scrambled egg between 4-6 inch jigs.
Very scratchy fishing. With blind jig strikes covering a lot of the fish boated.
Marauder in purple and pink, feathers in white and pink, also purple in black were hot hits.

It was my 14 year olds first trip and short of calling in SOS this trip was going to be cool.

He watched and helped me set up all 6 rods, 3 for each of us 25/30/40. Now that he was actually on board I went over the things we have spoken about on land leading up to this trip.
The importance of making sure he listens to Captains instructions about what side to be on when we approach the drift and slide. Watching the flag ,so the wind was in his face. He was scared shitless he was going to get in some ones way and help saw one off. Making sure he listened to tackle updates of what was working and not etc..

The ride down line was o.k. and uneventful. I was up at the typical 4:30 ish. Trolls started before light as we were close but not at were they wanted to be.
We had a few early blind jig strikes for some Yellow fin ( school size).
I got one nice grade yellow tail on stop three, with Sardine mega on the drop. It seemed all stops were short and not that productive.
We monitored fish everywhere and everywhere they were pretty closed mouthed.

I personally was in the wheel house when I saw the biggest mark up tuna under a porpoise pod that I have ever seen, ever ! NOT ONE JIG STRIKE . We later found more porpoise doing all the right things migrating around 2 nice size fluffy paddies that yielded like 6 fish.
On top of those two let downs, we came across THE BLUE BAG SPECIAL PADDY, anyone that has been fortunate enough to come across one know what that means. In our case it was a big harry muff paddy flying a red flag on a stick. First thought was oh my , here it is the magic marker !
Again not one fish holding. WOW, all great signs, very disappointing.

Captain and crew did a great job, food was money and I know they were not happy. I never got an accurate fish count of the trip. I think we had had a couple of BF and the rest was YF and YT. School size tuna with no toads, and really good grade of YT.

To me May, June, and July are a crap shoot. This was my earliest trip in decades I'm sure. Hence the 1.5 day trip. It appears its going to be a pretty epic year, and really with tuna being caught this early it is. It also appears other boats ( 13+) out there had some good counts, some did horrible. We middle it. But as always the Eclipse was a pleasure to ride and fish with. All anglers were very cool and supportive of my son, and we brought home a couple of fish.

Good father, son time. He caught his first tuna !! He was stoked. 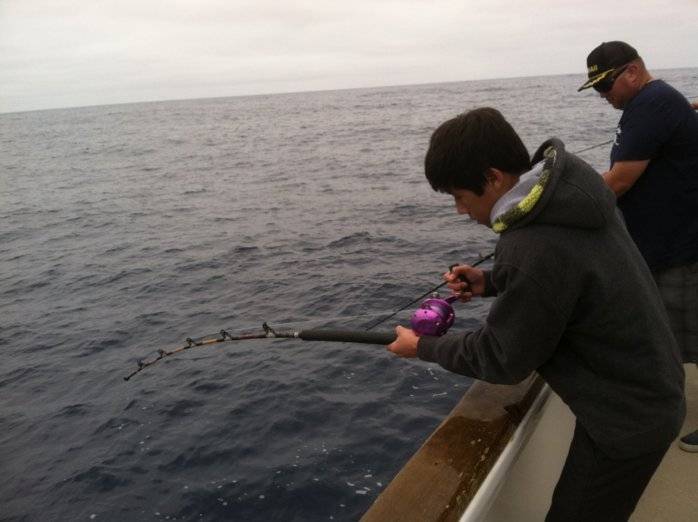 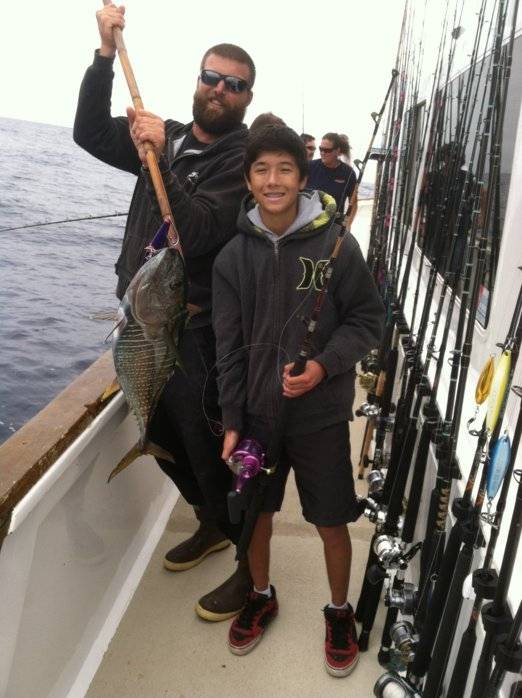 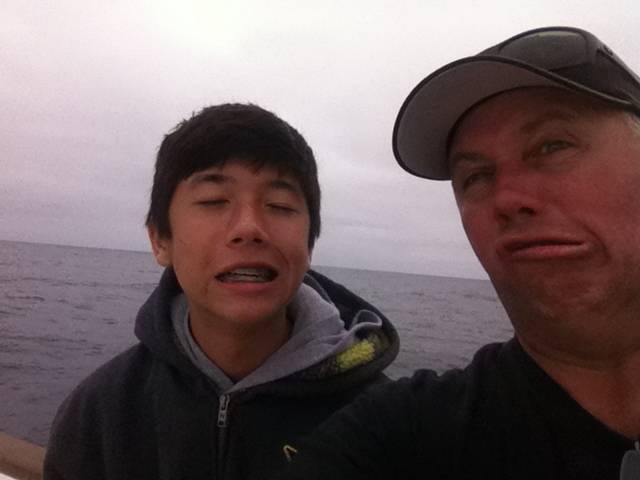 Great report! Can't wait until my son get's older and is able to go on his first offshore trip. I'm heading out on the 2.5 day leaving thursday on the Eclipse and keep over-thinking my tackle!!
Reactions: HBTRANSPLANT
Upvote 0

memories like these last a life time many more for you (side note your tackle bill is going up !!)
Reactions: HBTRANSPLANT and rile-b-fishn
Upvote 0

Boat
Which ever one will have me...

COOL REPORT Craig, and glad you got your son out! He's hooked now!

finishright said:
memories like these last a life time many more for you (side note your tackle bill is going up !!)
Click to expand...

How fun! My daughter gets seasick... I'm bummed I can't get her to go with me!
Toggle signature
Pacific Lures Pro-Staff
Soft Steel USA Pro-Staff
Upvote 0

Nice too meet you and your son on the trip.The food and crew were great and the paddy with the flag I also thought we found the mother load.
Reactions: HBTRANSPLANT
Upvote 0

Nice! My son is still small enough he actually fears catching a tuna or yellowtail.....

Boat
Many, but are none are mine

You too Eddie, just signed on for August 3rd 2 day solo. Maybe you'll be on it.
Upvote 0