Ran back up to the sierras for a quick trip. Started out Mon morning at Bridgeport Reservoir and grabbed a rental boat. Lake level is very low. They still have a few rental boats at in the marina but no floating dock. Weather was beautiful with clear skies. And Temps in the 40's. 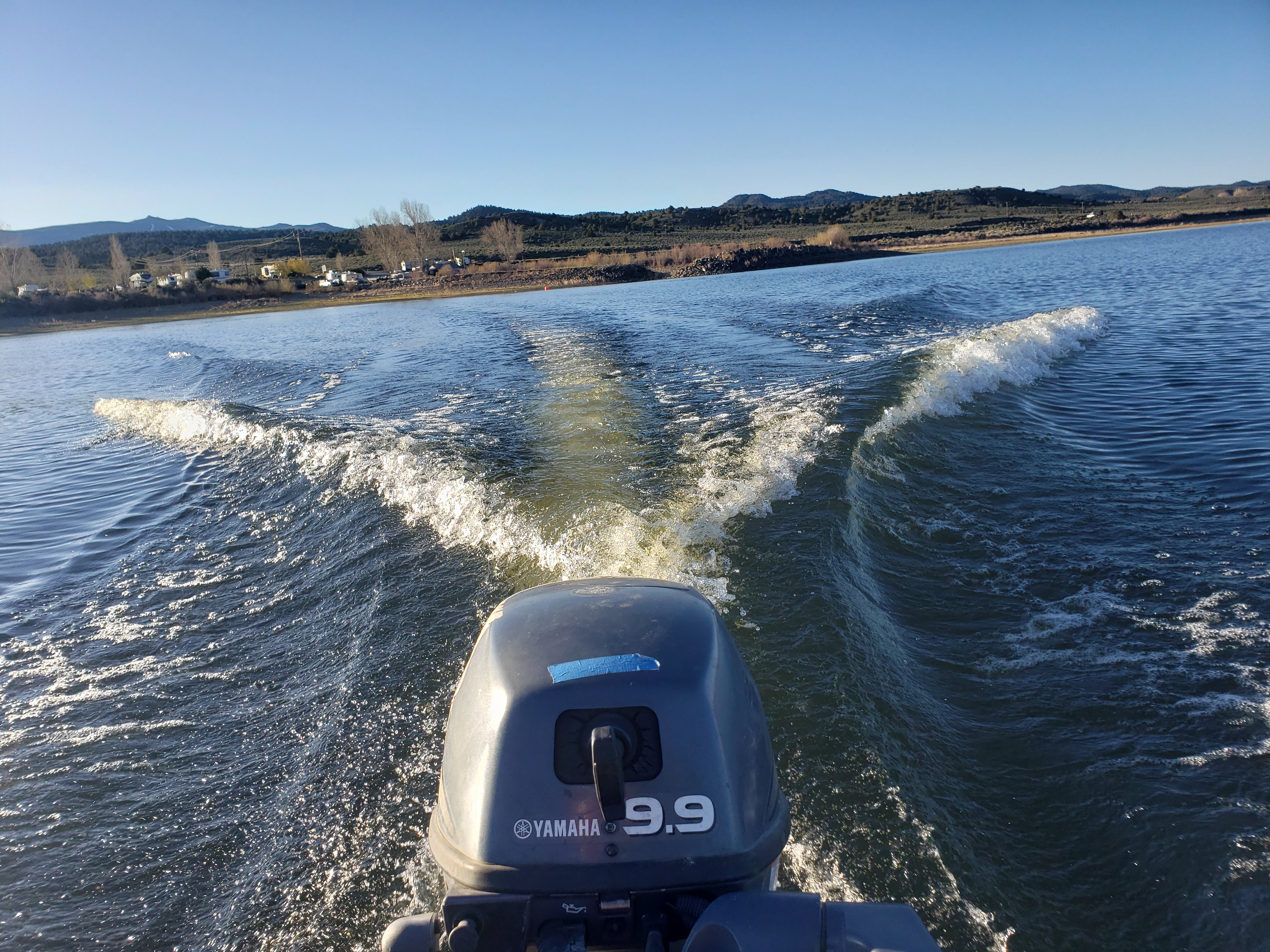 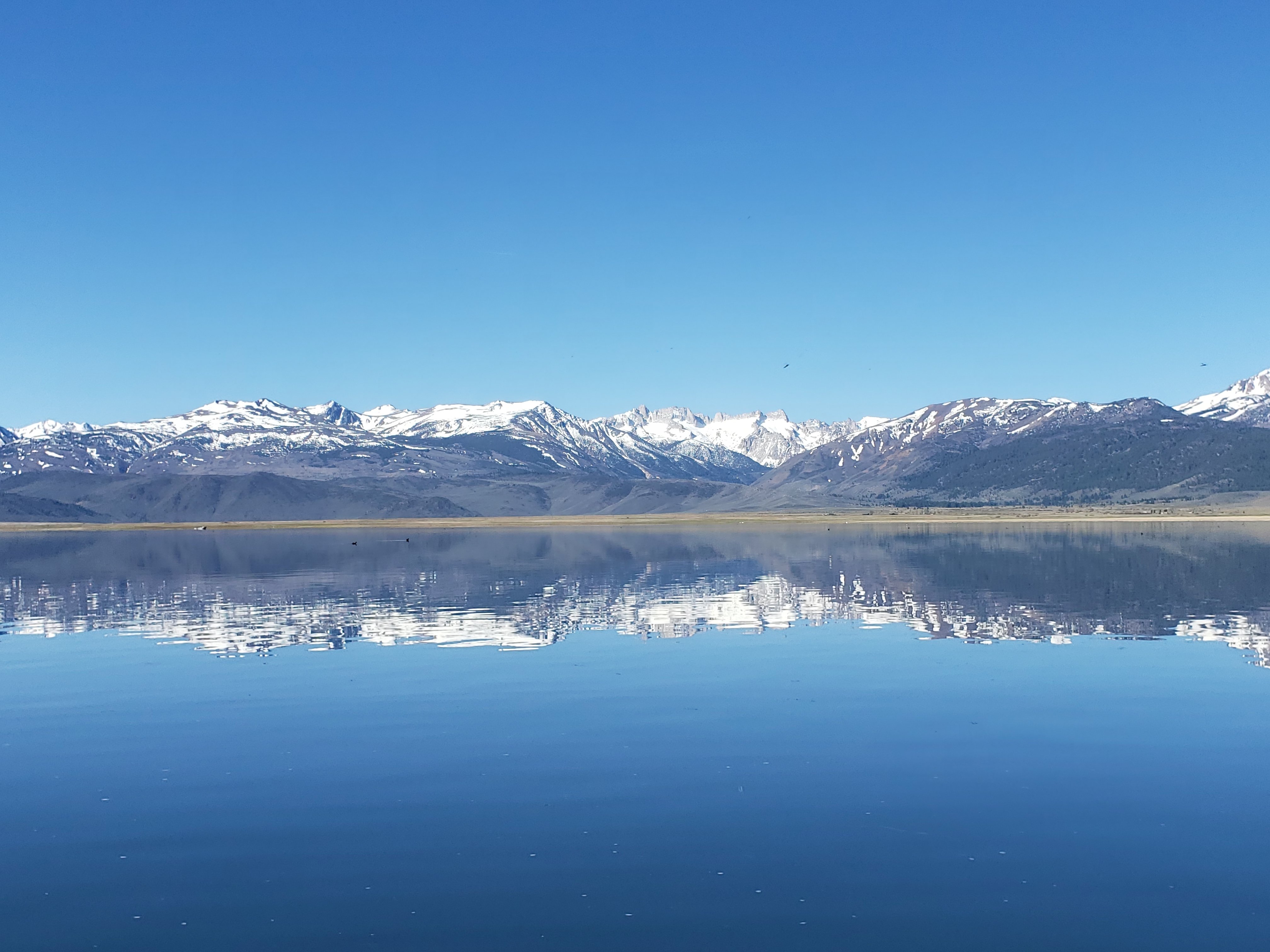 Fished several spots from 12-17ft with no bites. No fish seen jumping, splashing, or sipping. Several guys were out trolling and only reported 2 fish among about 6 boats. After a few hours we cut our loses and headed off to find hungrier fish.
Went up the road to Virginia Lakes where we were ice fishing 2 weeks ago over 2ft of ice. Reports were that the ice was melting so left the ice gear at home. At Big Virginia there was still more than 3/4 if the lake covered in thin ice. (Tossed a baseball sized rock and it fell through). There were areas of open water at the outlet and one of the inlets. 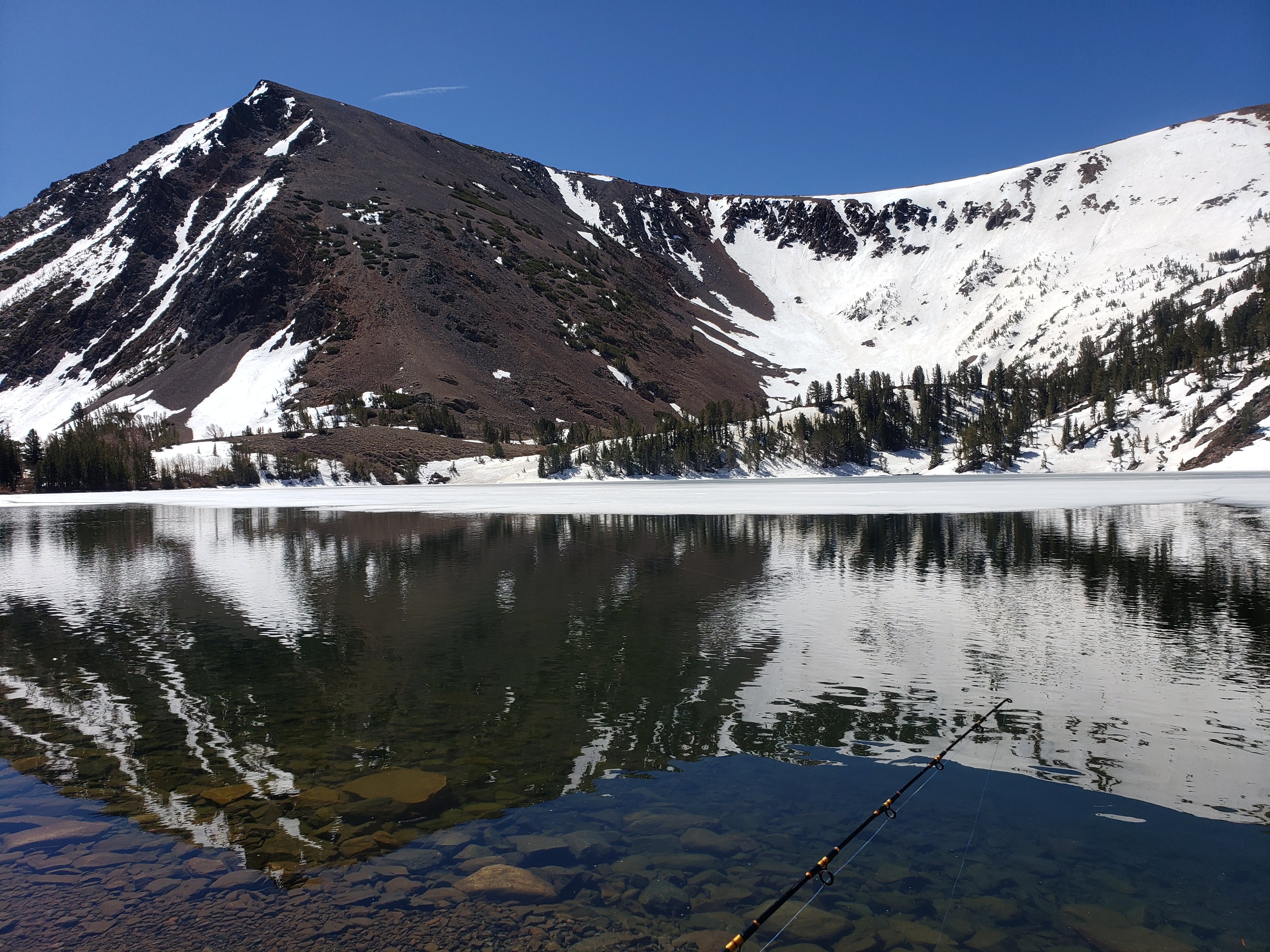 Again the weather was beautiful and nice with the sun out. The ice ended in about 10ft and the fish were eager to play. 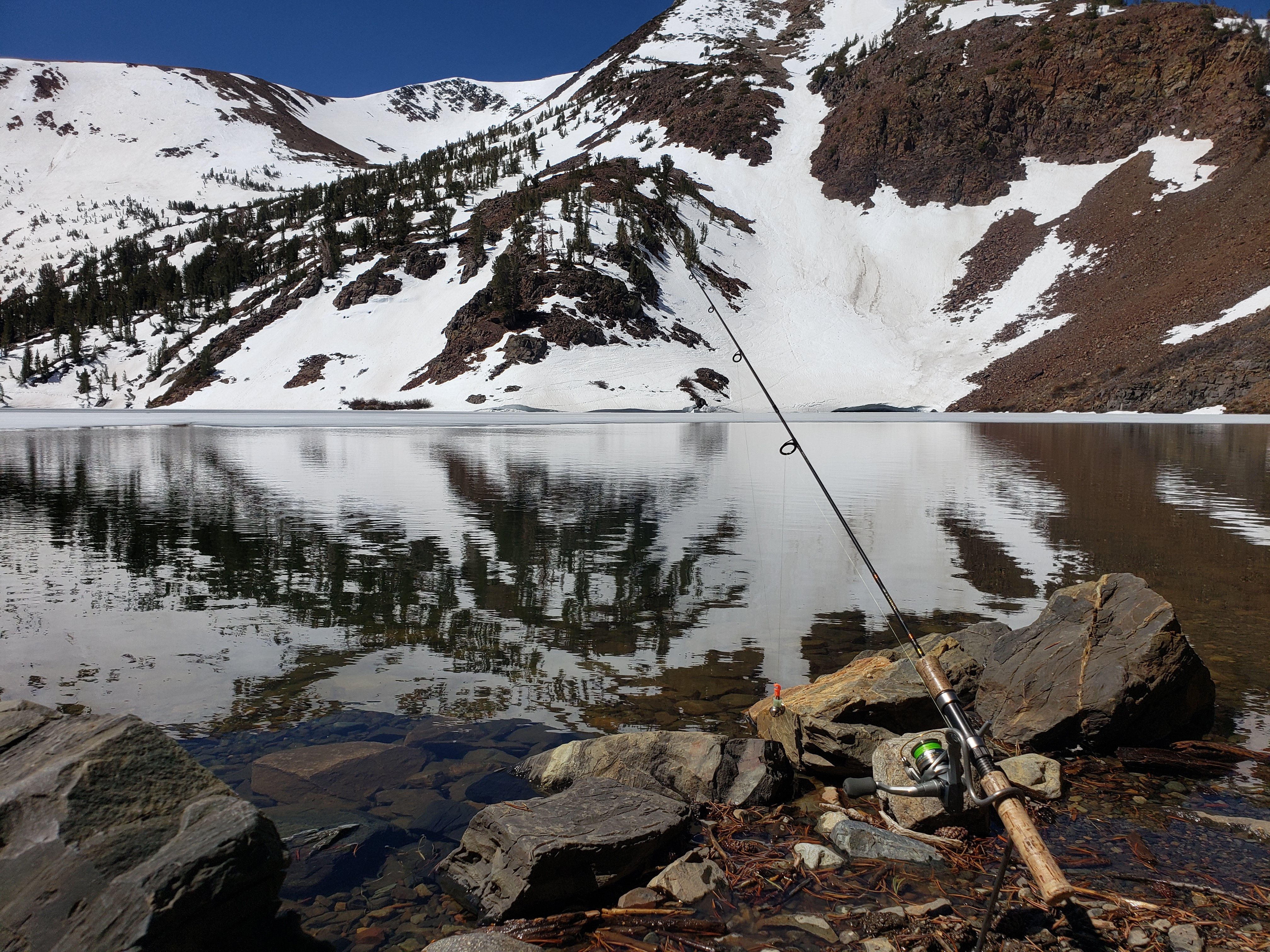 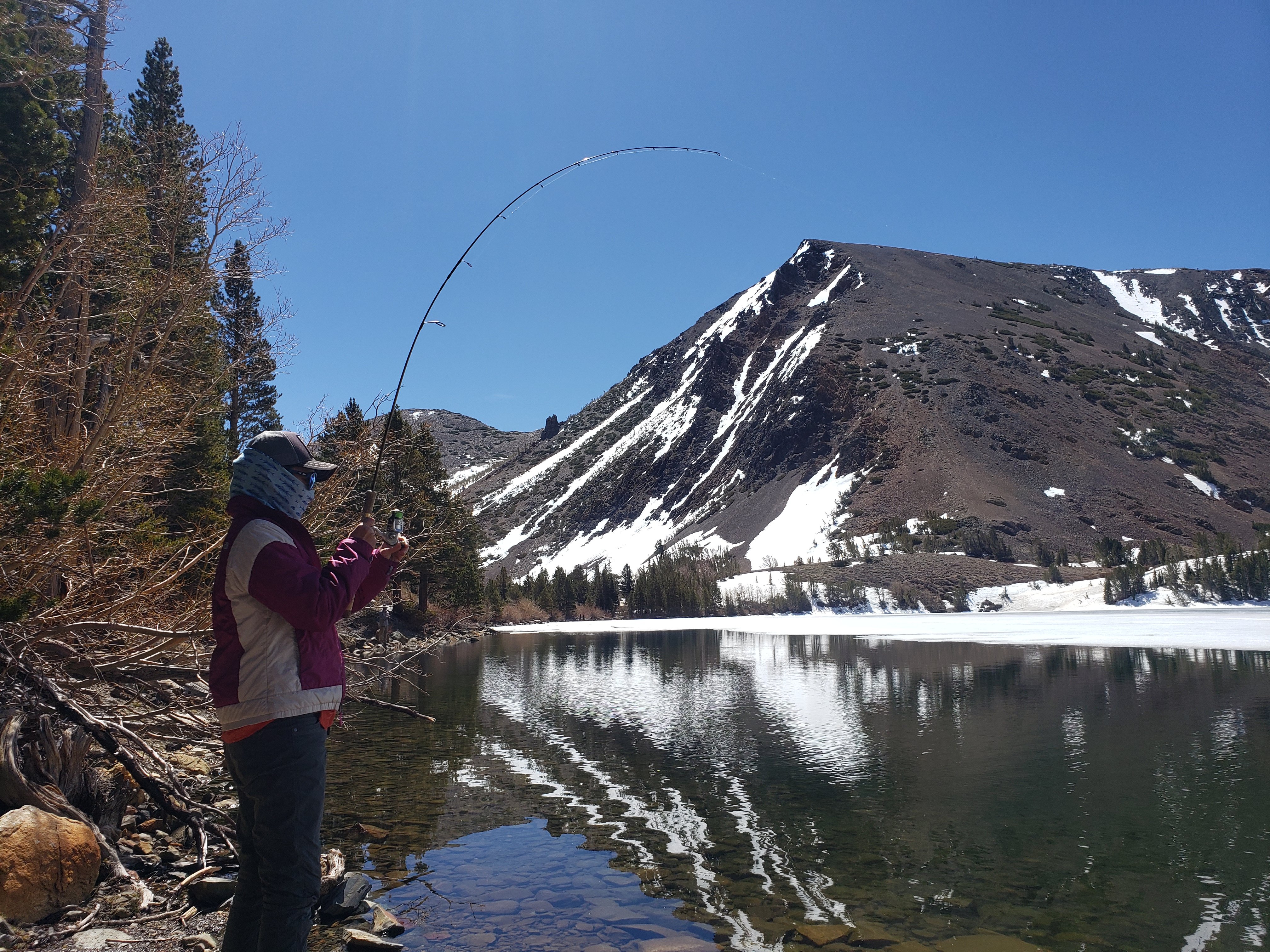 Constant action on small Brooke's and Rainbows with a few nicer sized ones . 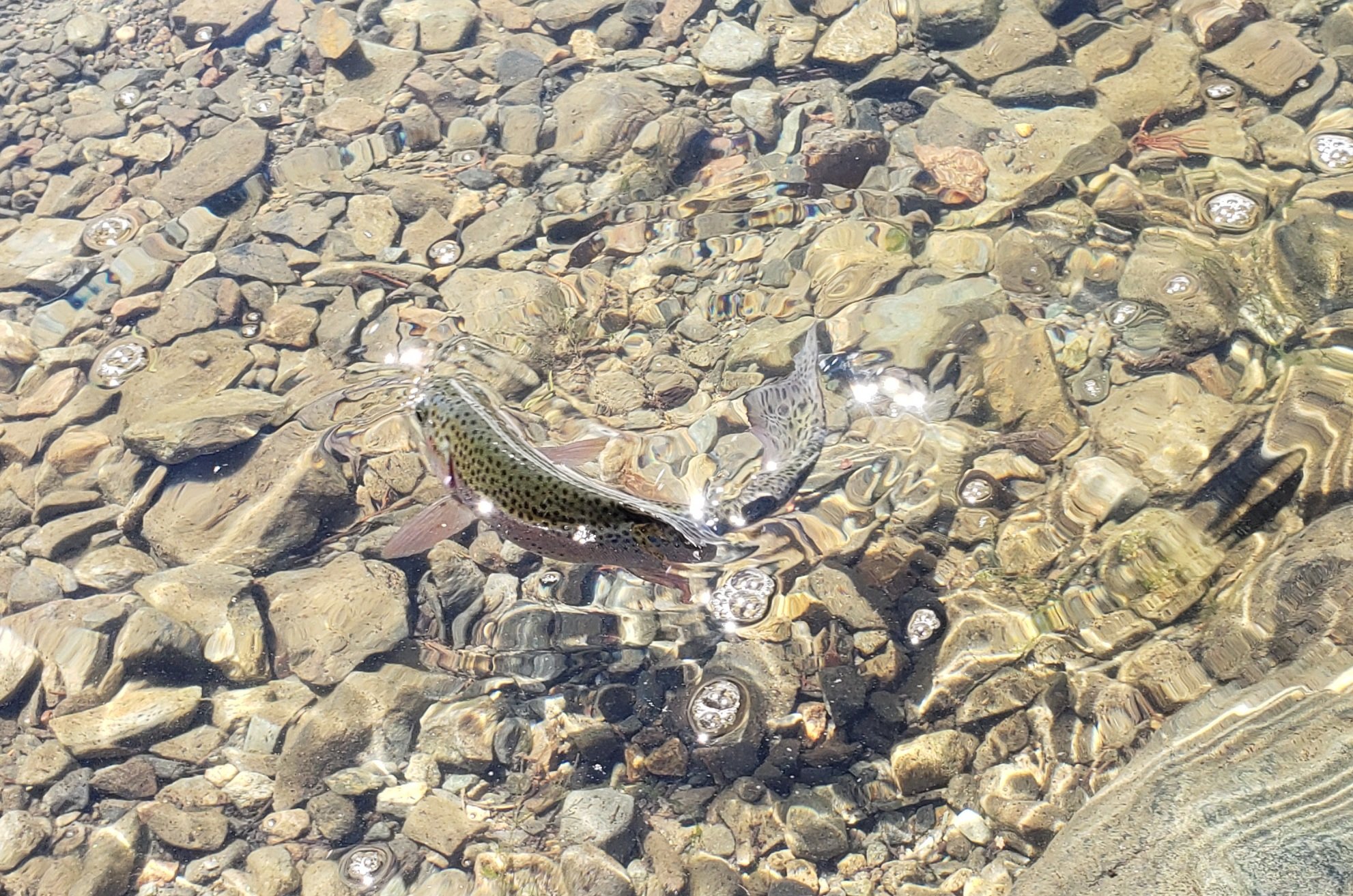 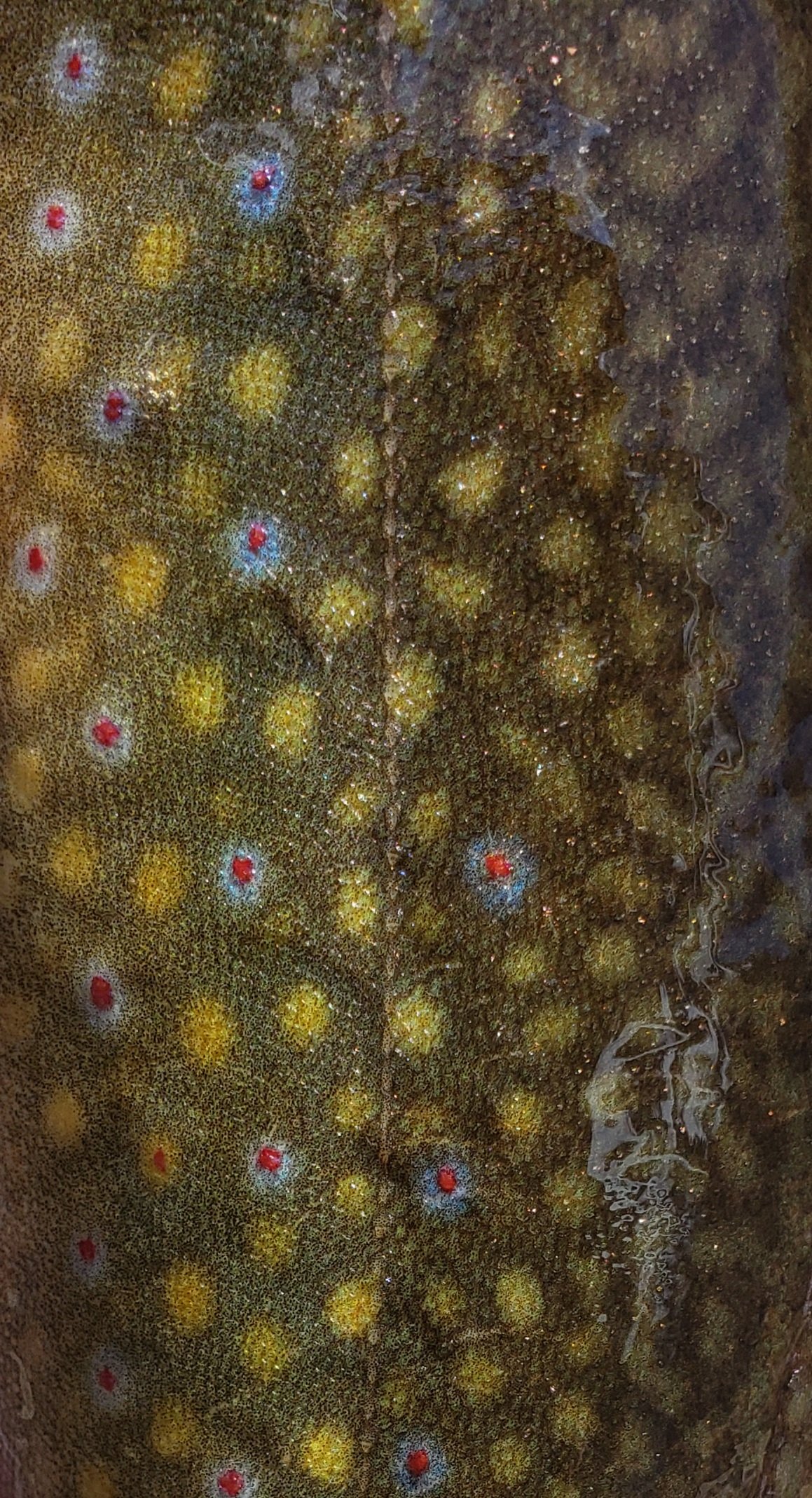 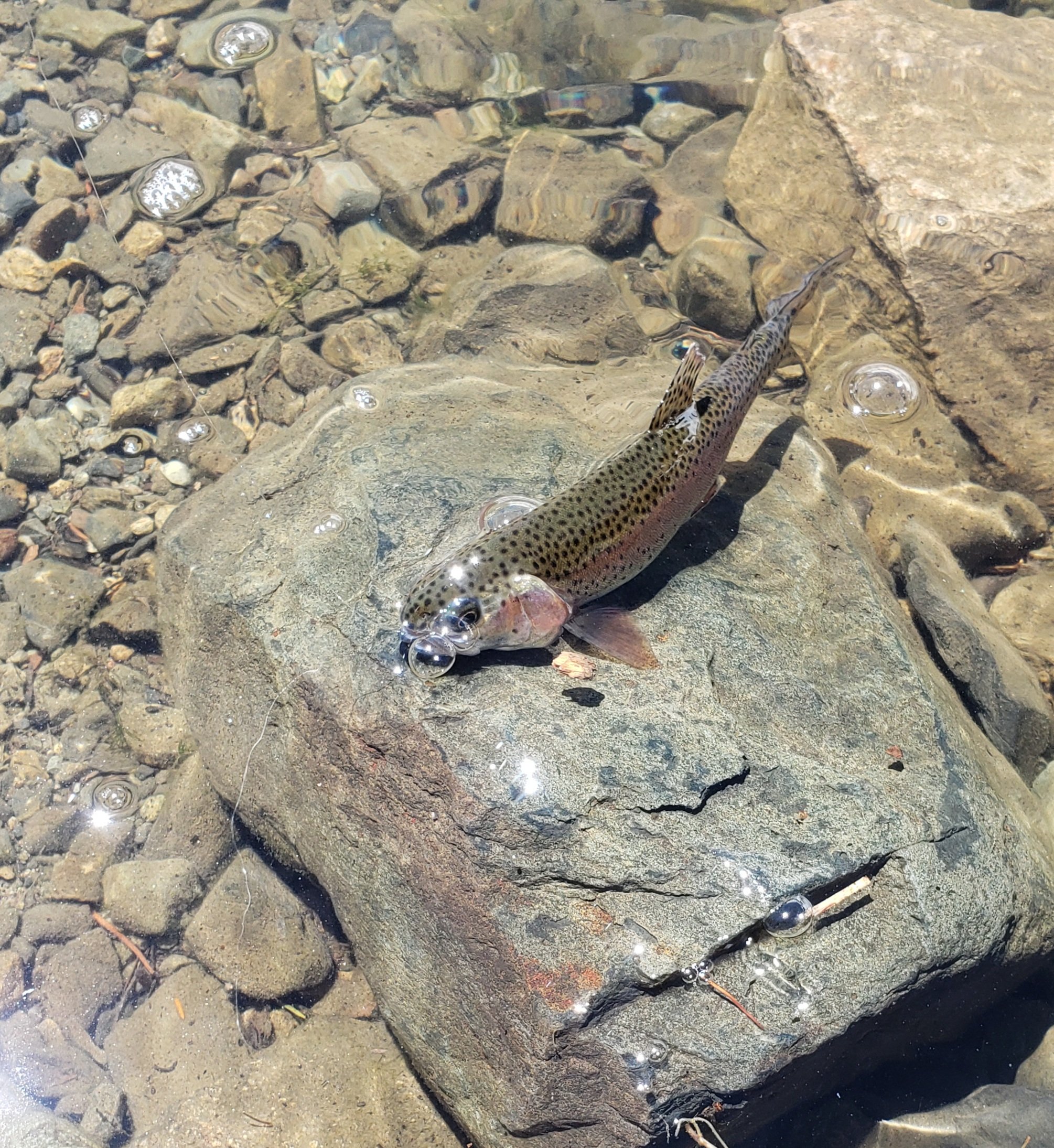 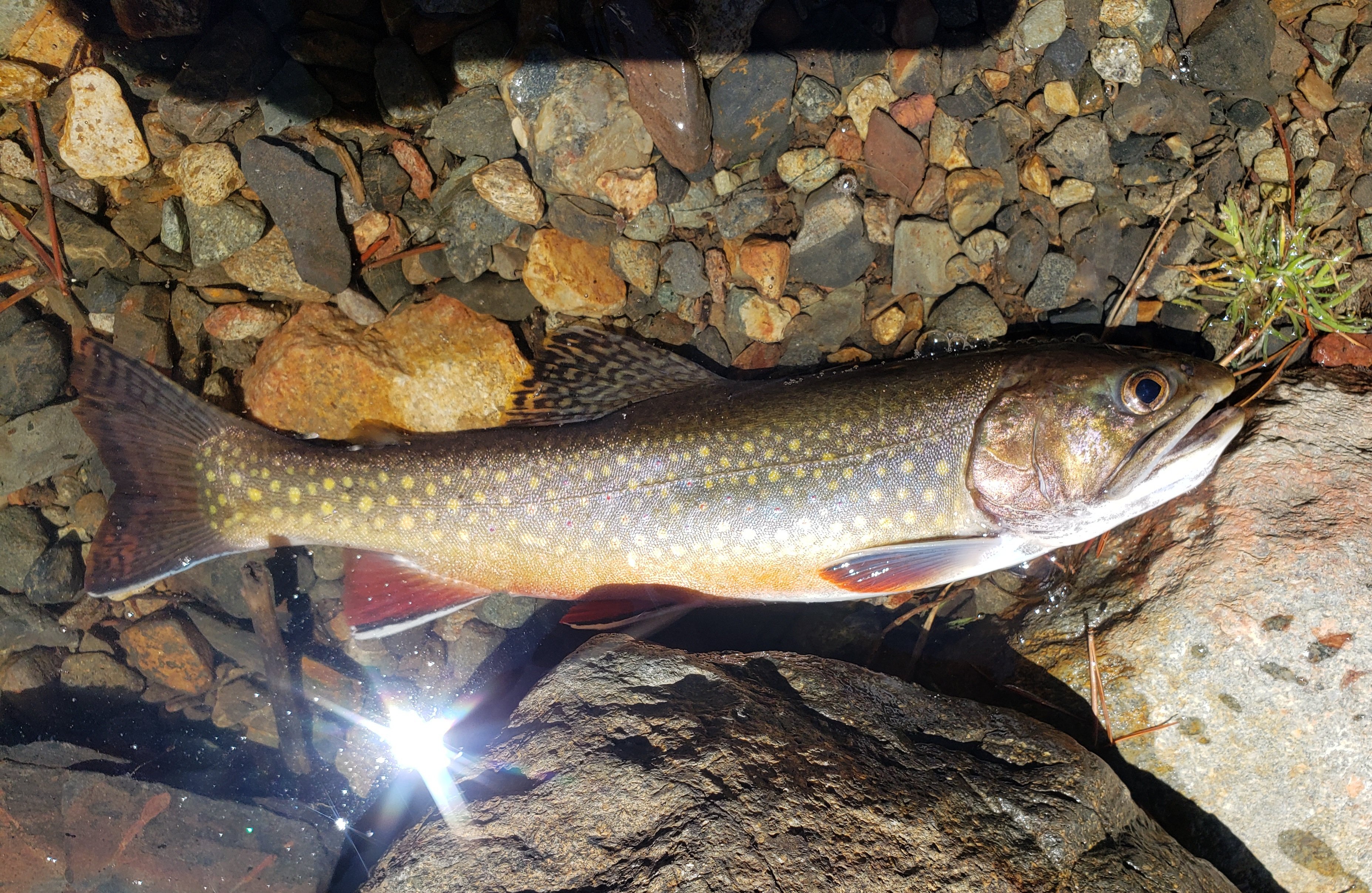 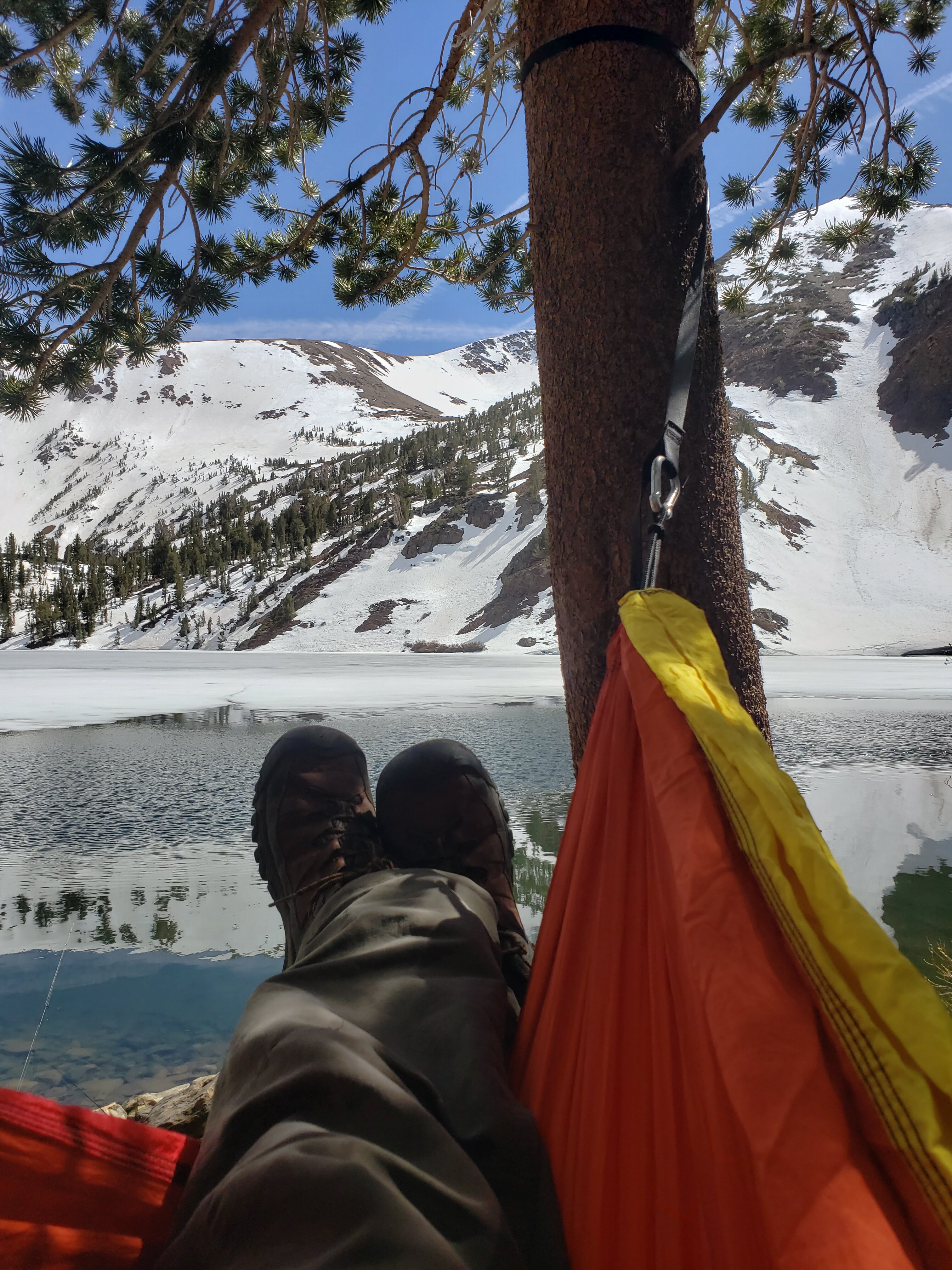 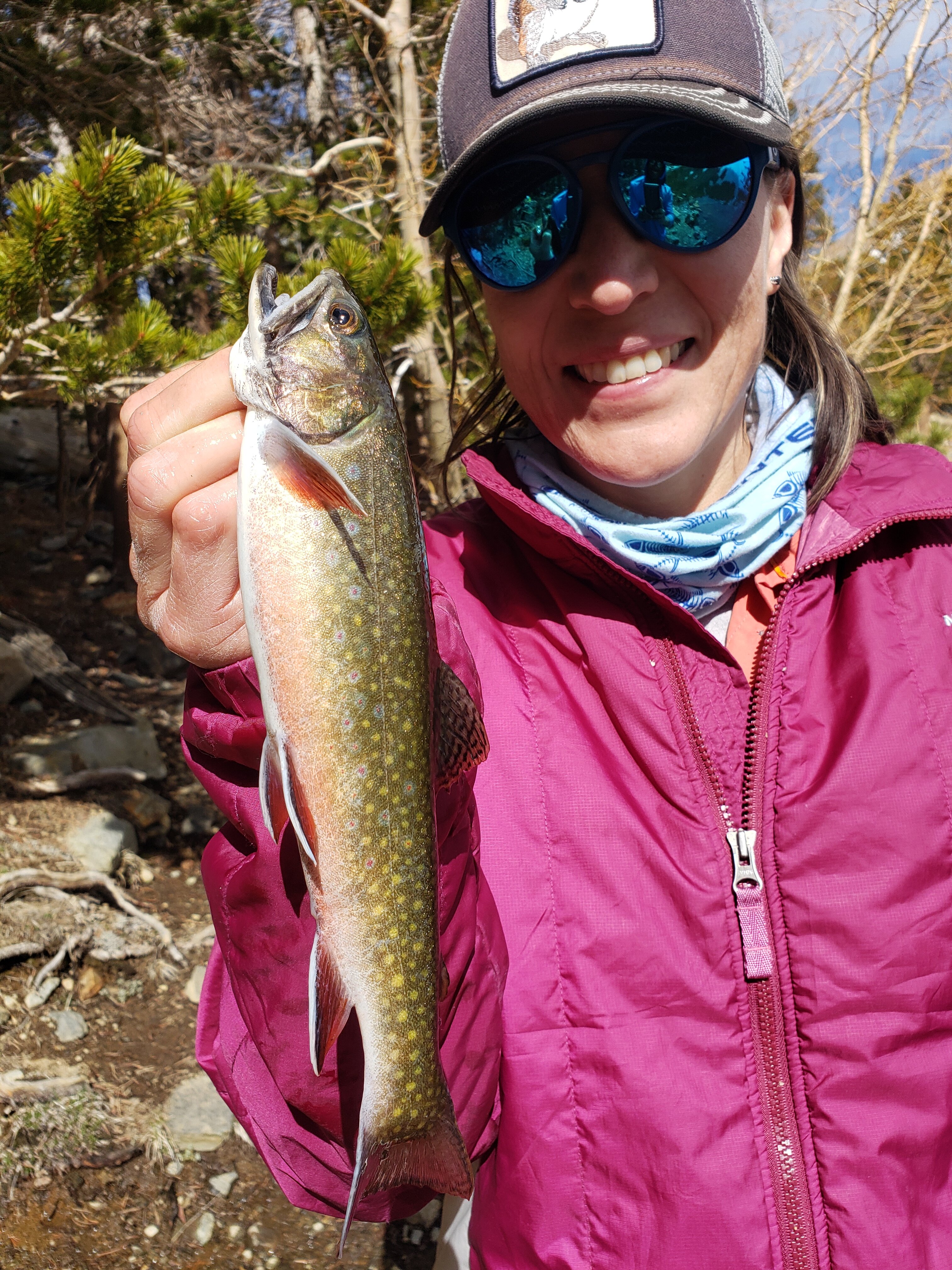 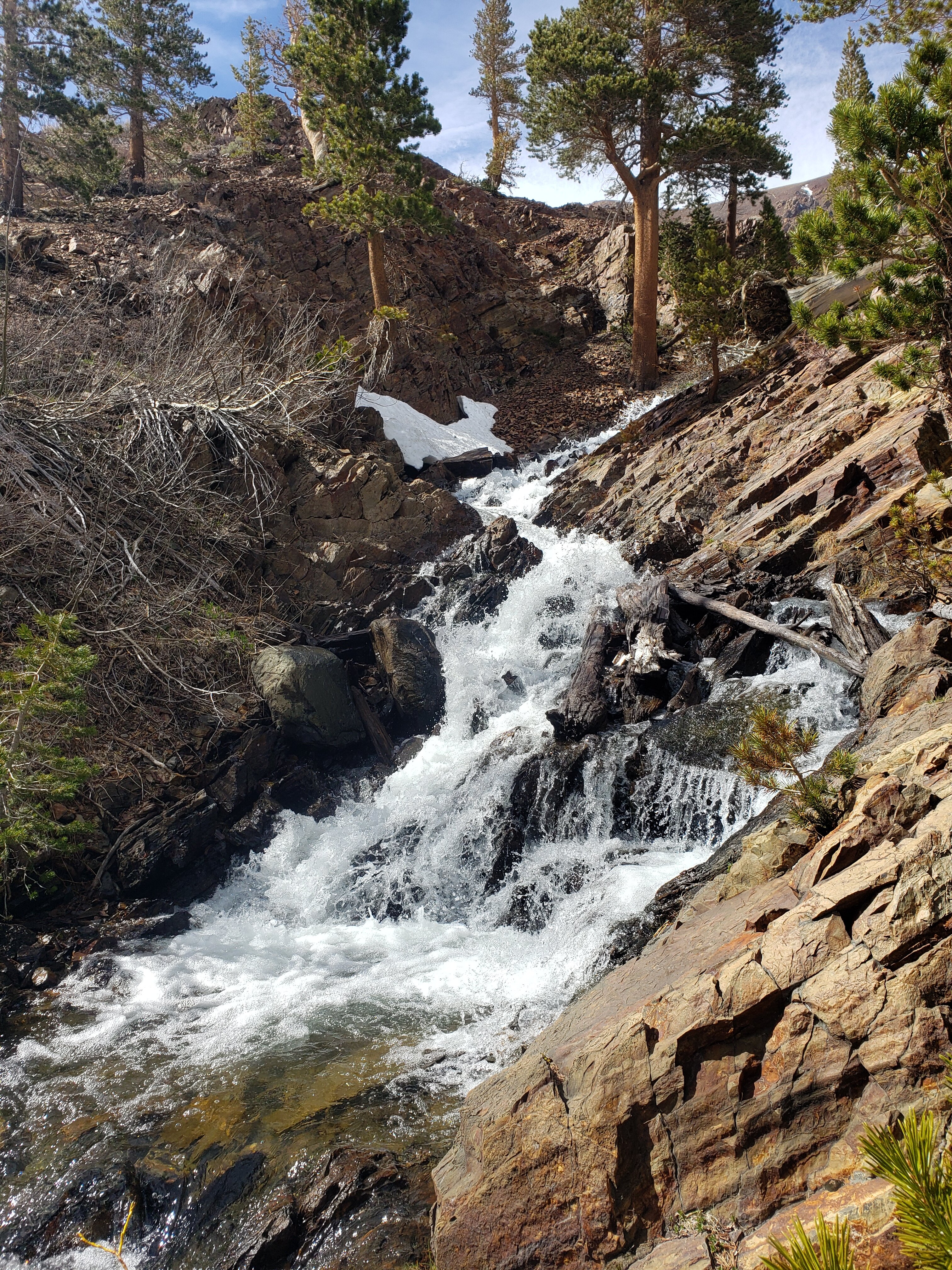 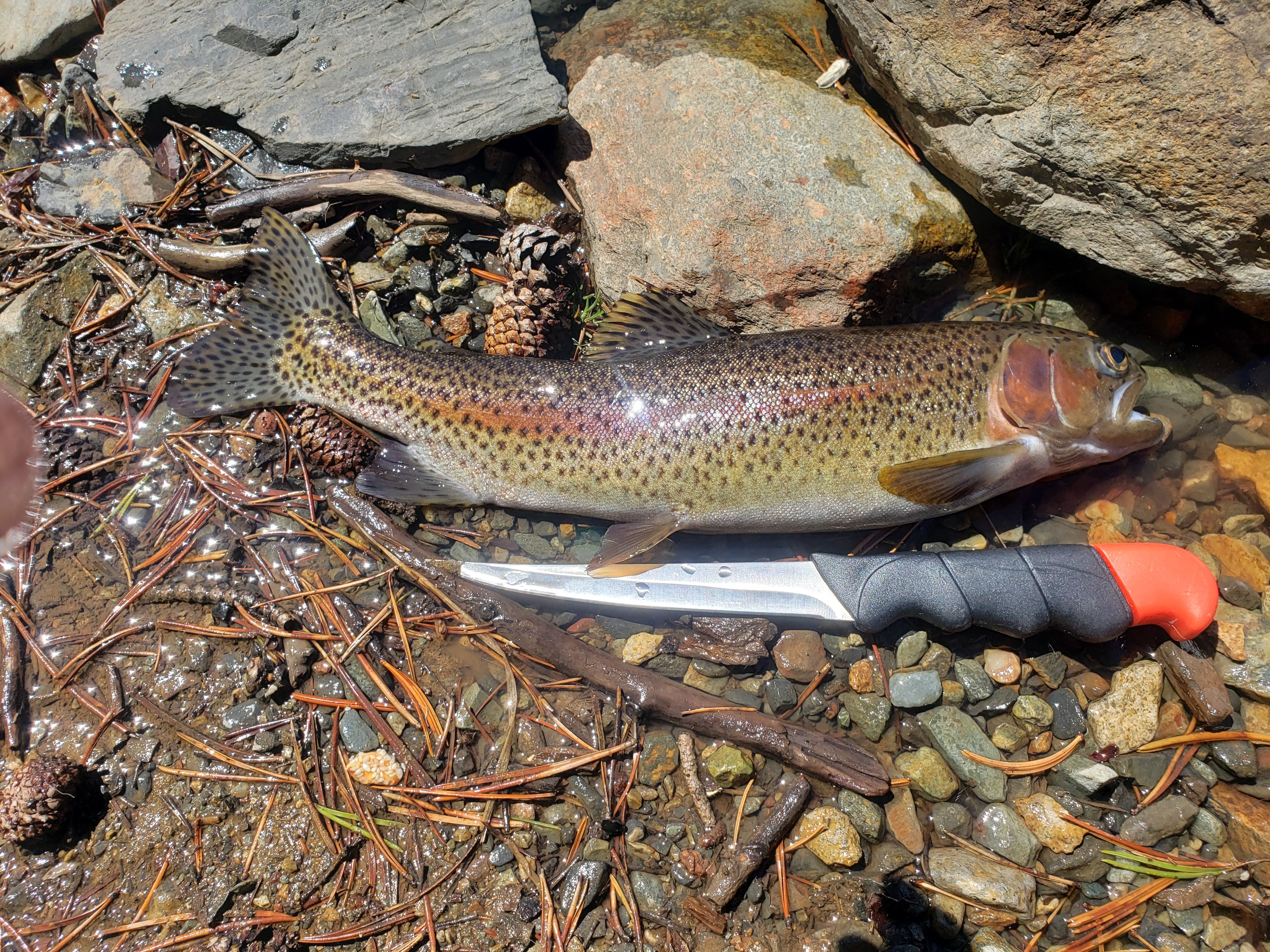 The next morning we hit up Crowley for 1/2 a day before heading back. Cool morning I. The 40's. Clear skies with a good 5-8 mph breeze out of the NW. A
Headed out to McGee and anchored up in 15ft. My girl struck first with a small Brown on the Super Duper. 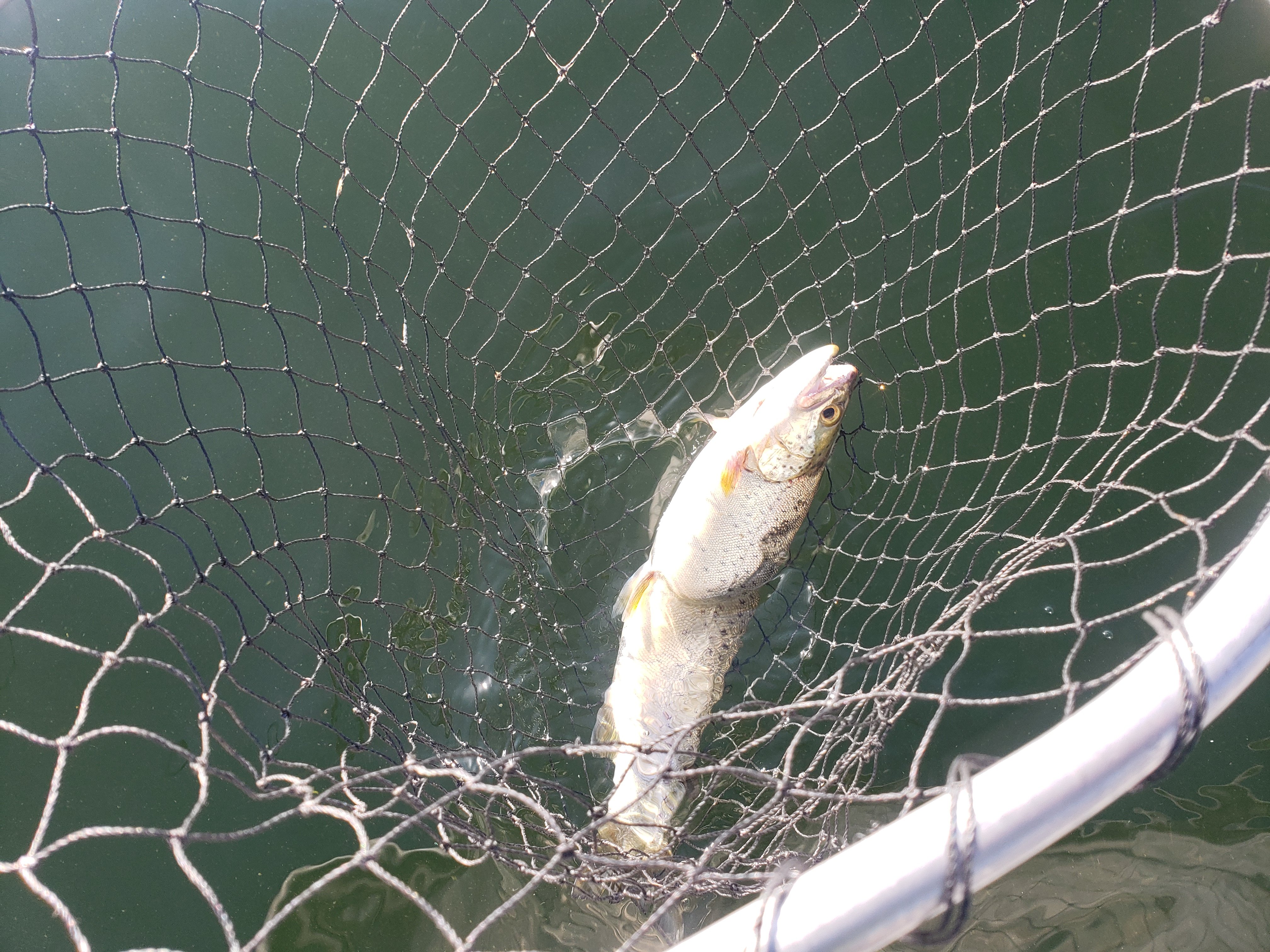 Shortly after I hooked a nice one but lost it on the anchor rope just out of nets reach.
The fish were spread out from 12-17 ft. Slow bite but occasional hookups all around. I had a bump on the Thomas Bryant and then scored o. A nightcrawler. 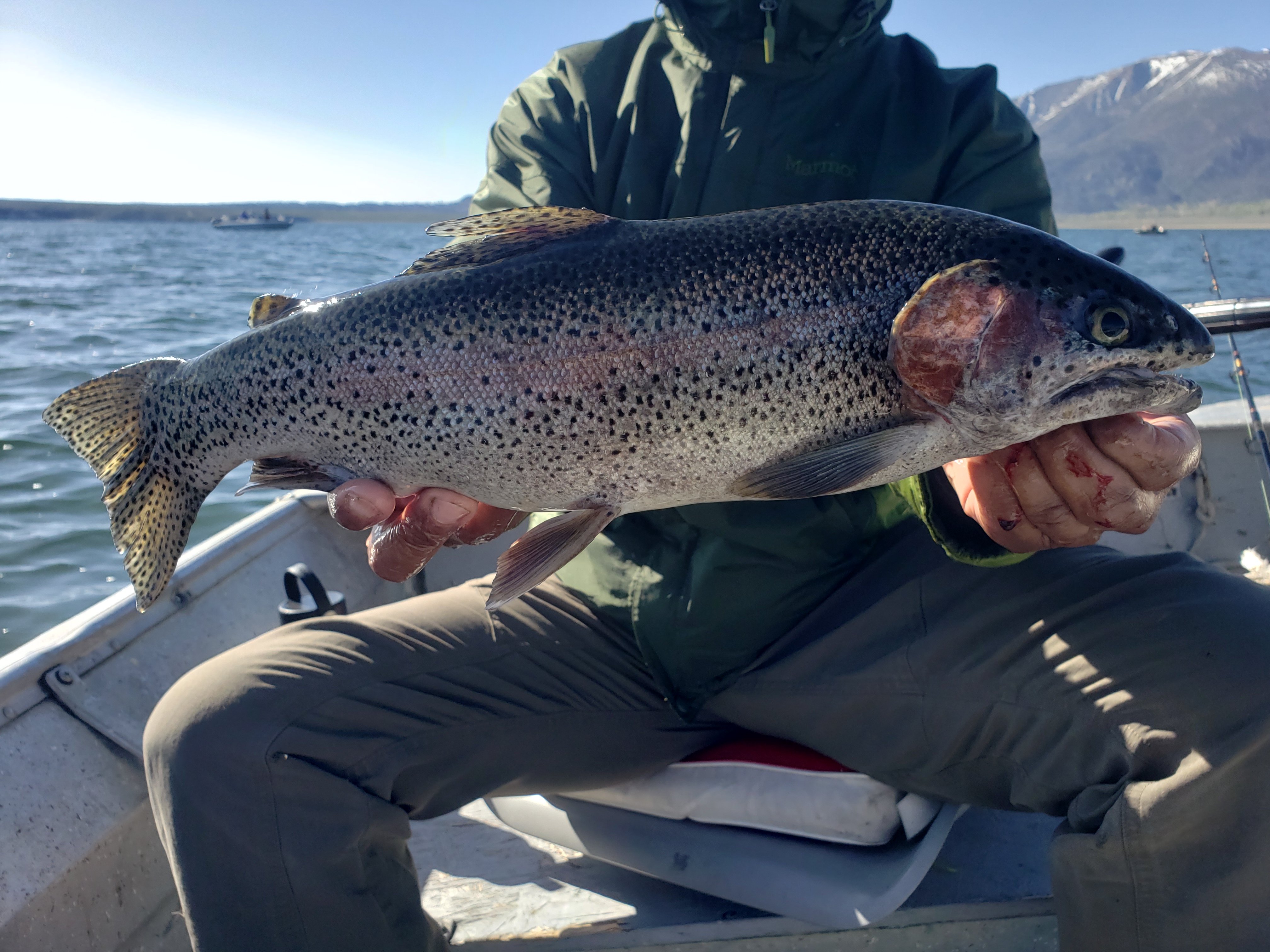 A short while later I got another nice one for the road. 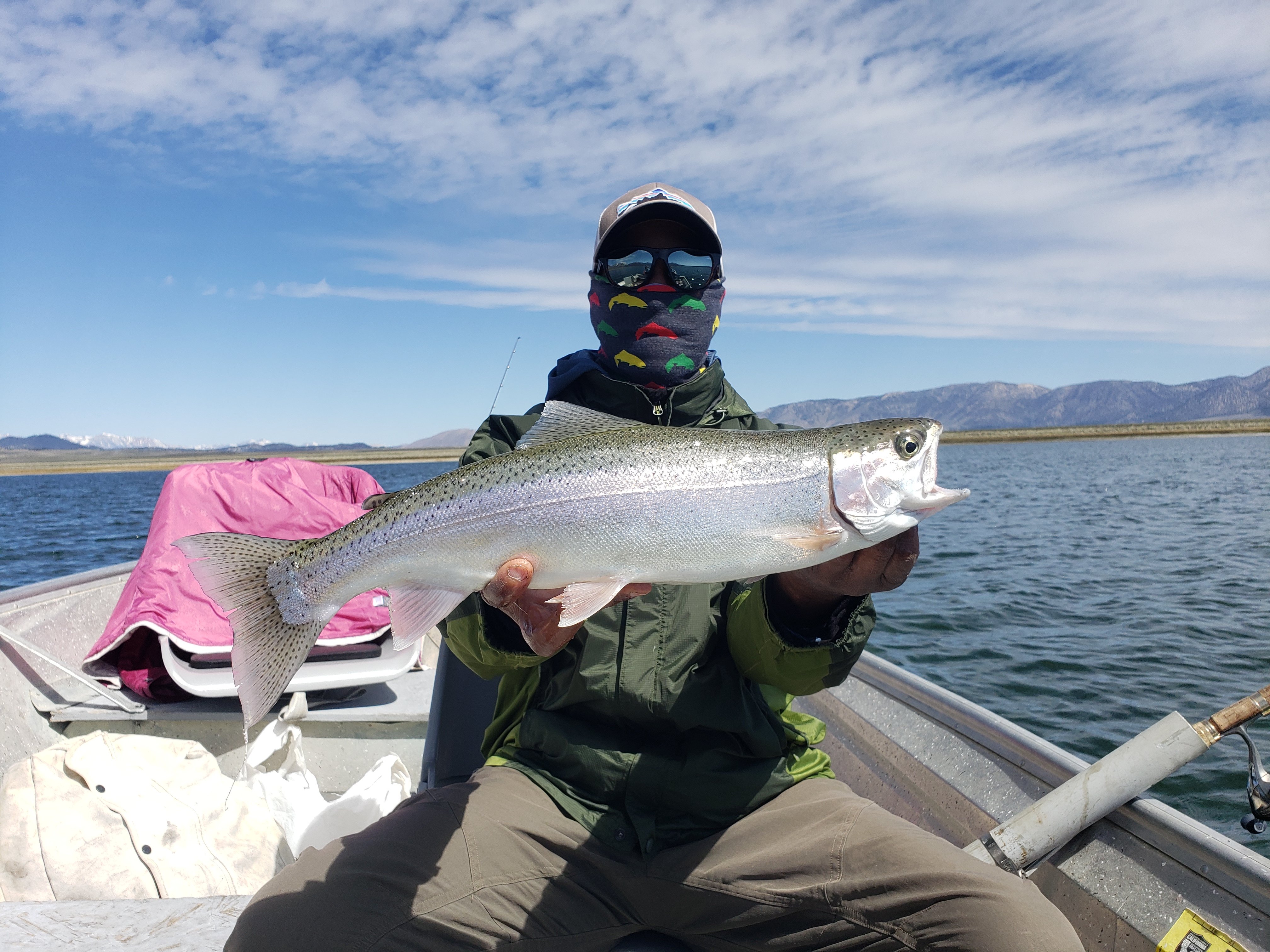 Got off the lake at noon. With 3 fish and that was about par for the boats around us minus one guide boat which hooked about 8 while midging.
On the way home we stopped by Rock Creek Lake to check the condition and were surprised to find the lake and surrounding area completely clear of snow. 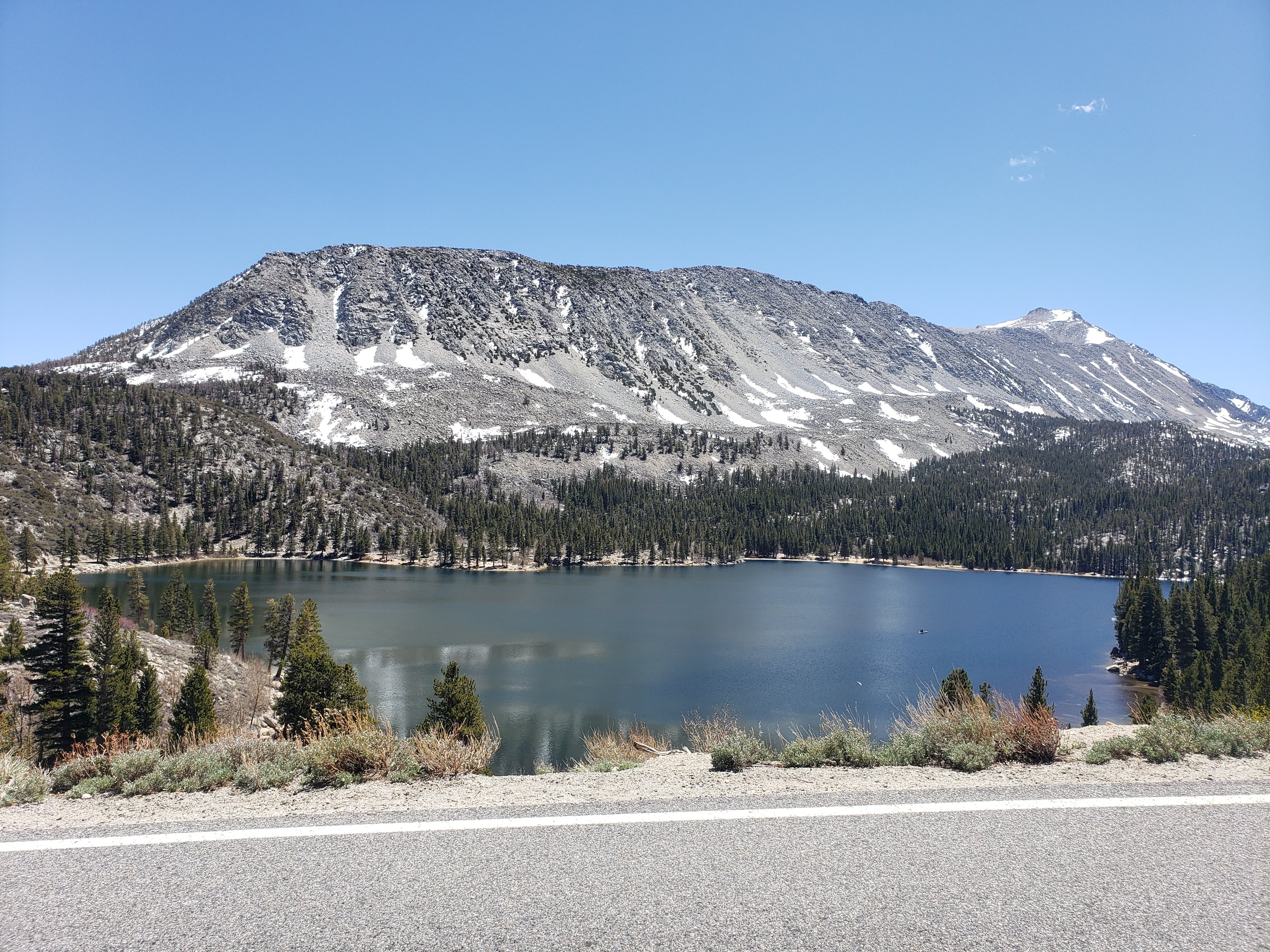 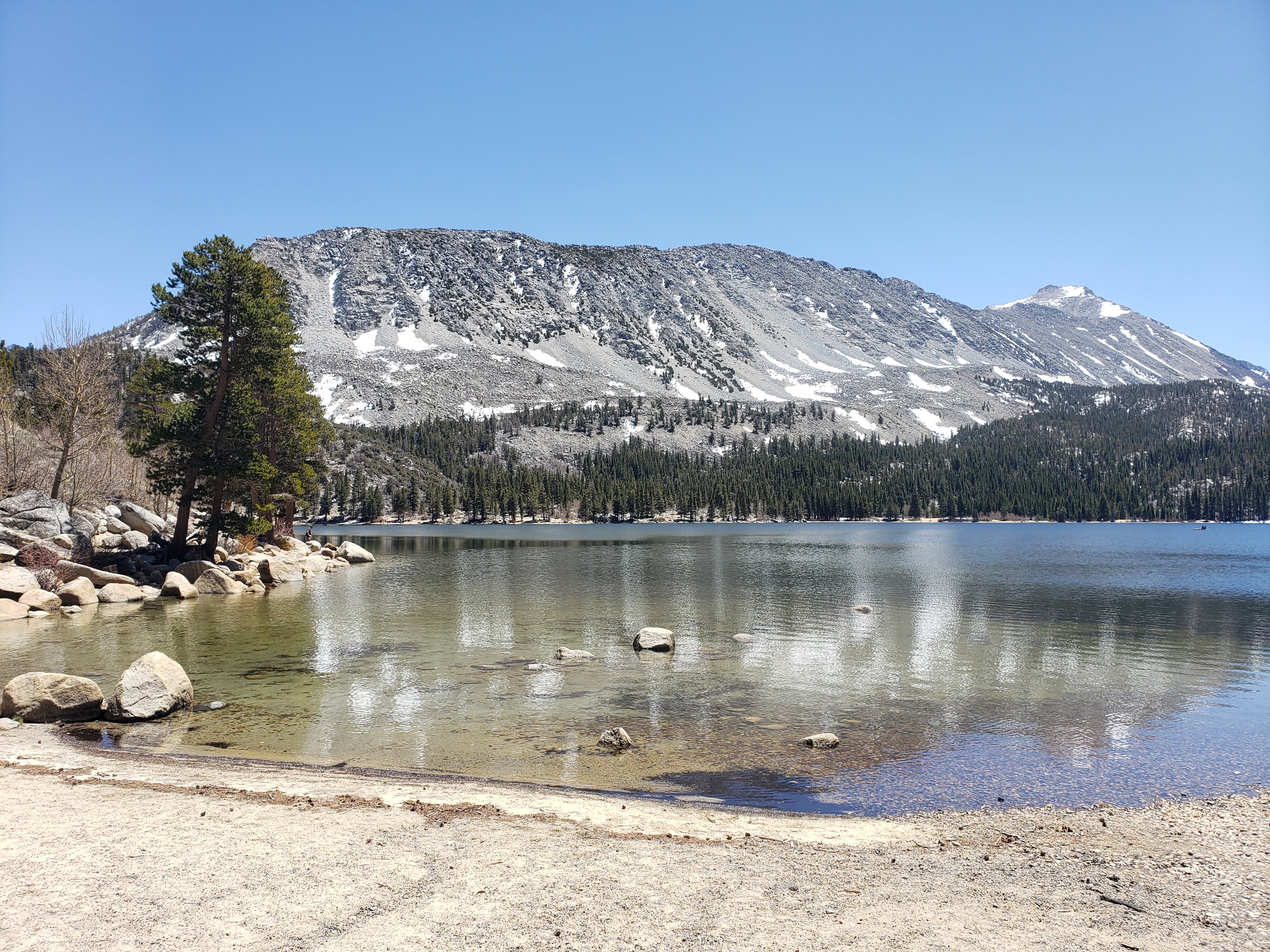 Curiously the road to the Mammoth Lakes is still closed so you still have to hike to fish anything above twin lakes. 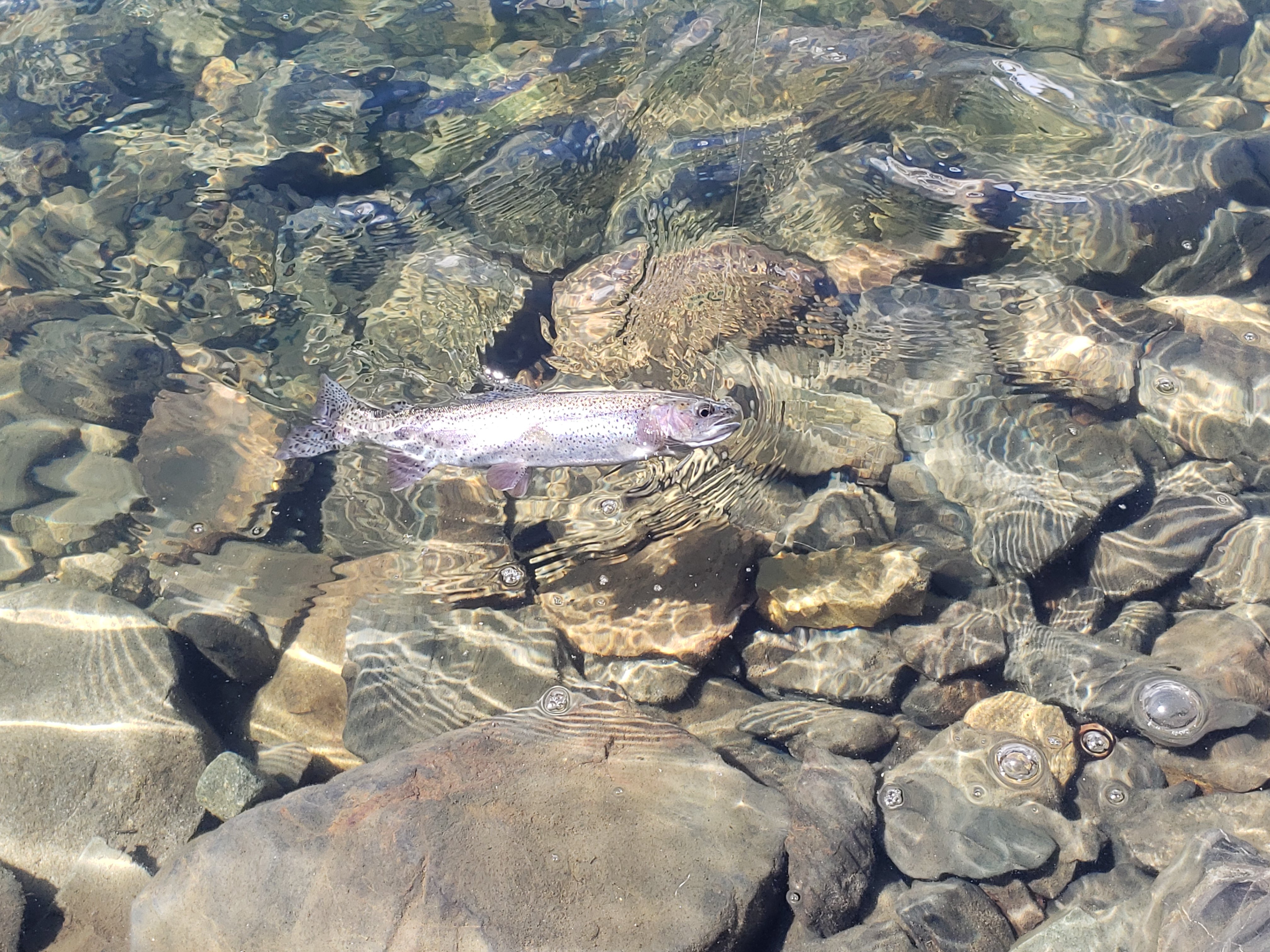 Another amazing trip up in God's Country.

At Big Virginia, people ski down that big patch of ice on the other side of the lake. Pretty amazing.
Reactions: woodfish330
Upvote 0
W

Those picts.... that is God's Country. Native fish... quiet times... plenty of smiles. It is a hidden gem.... that rekindles your humanity.

Glad you had a good time and spent a few extra minutes sharing the appropriate pictures. Appreciate you Brother.
Reactions: Tom123
Upvote 0