I was jonesing to get back out on the water, but all the full day boats in San Diego were booked weeks in advance for the weekend. I just so happen to check the reservations on Thursday and 3 reservations popped up for Sunday on the San Diego. I ended up grabbing the last reservation.
I’m guessing the guys booking it forgot it was Easter weekend, must have been a fun convo for them....
Either way I was happy with the opportunity to get out on the water. I found out on Friday that a friend of mine would also be fishing the sameso bonus.
I checked the fish counts on Friday, not bad, they had 20 something fish, but Saturday the counts dropped to 7 yellowtail. I was like great, must have been a lot of boat traffic over the week and the fish got skiddish.
We started off working South Island, a lot of birds and a lot of schools but no one really wanted to play. We must have stopped 4-5 times in the AM for two bites. One was landed on a red crab Salas 6Xjr, other one was lost to a seal after having chased it for 15 or 20 minutes, came close to gettting it back a couple of times, it was jig fish as well, Salas 6X white and blue if I were to guess, just barely saw it from a distance.
We worked South Island for a little while longer and explored part of North island as well. Nothing was really happening so we went white fishing. Some people ended up with some very nice 6-8 lb white fish, the biggest white fish I’ve seen out of San Diego.
After we had our fill we started the search again in the PM for yellowtail. We started off exploring all of North island for nada. Came around the middle grounds and had one shot at them, the fish fluffed up really well, 4 or 5 were caught on surface iron. I think Fisher hooked two, Matt hooked one, DWade hooked one and Yamato hooked one on a coltsniper stick bait!
On the same stop I saw one person hook up on a sliding sinker just to loose it after a good 4-5 minutes. Also someone hooked up on a yo-yo, but that one also came unbuttoned. He was using 50lb so maybe it crossed early with spectra which caused it to break off, who knows. I got lucky and ended up landing one on the mint/white/gold JRI66. 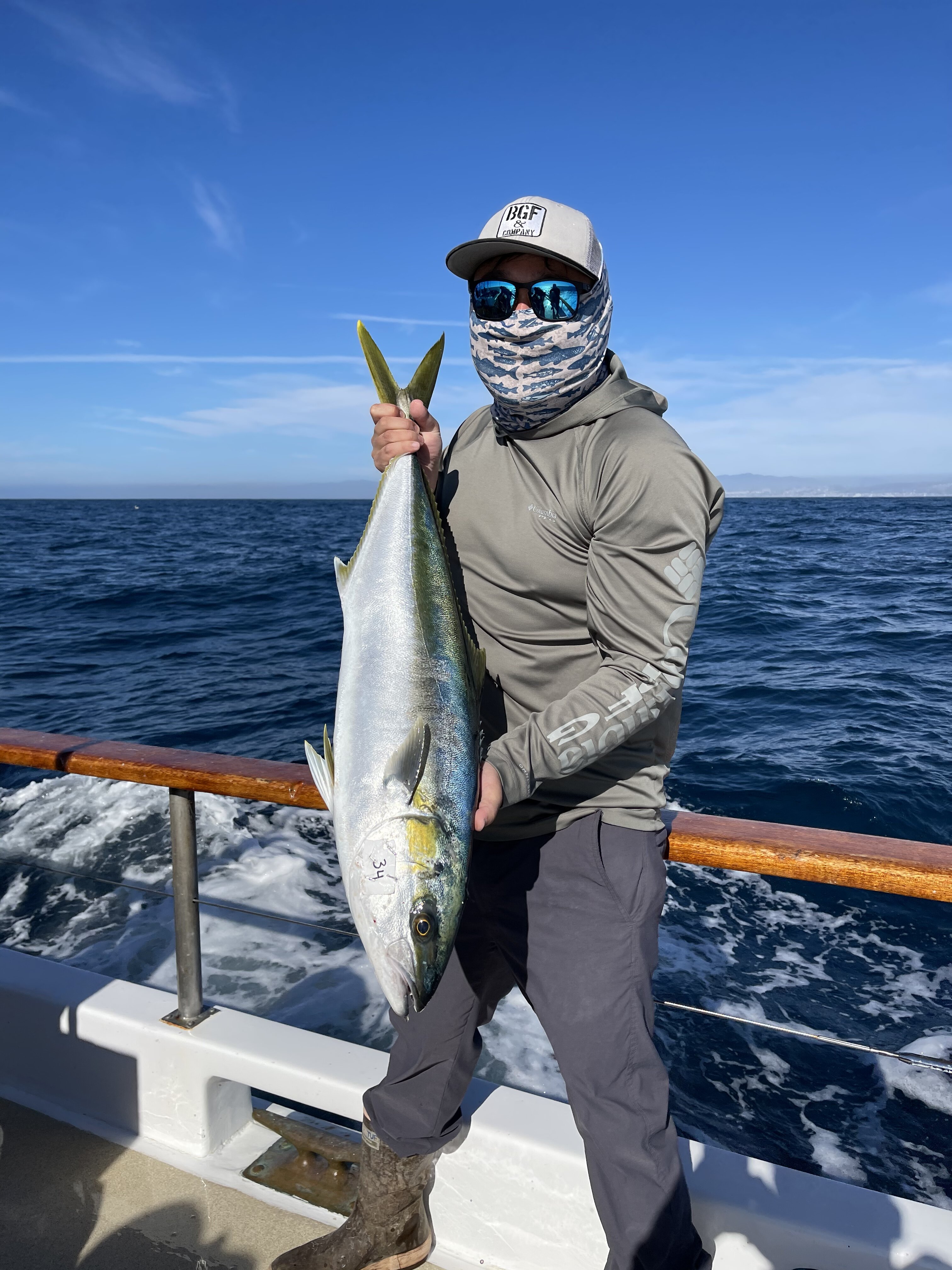 At the end the boat, ended up with 8 yellowtail. It turns out that only 12 yellowtail were caught across ALL landings. It was definitively a hard day of fishing but the fish seem to be more active on the top when you get them to go.
It’s only a matter of time before it starts to get wide open. Good luck and get out there if you can.
Reactions: One_Leg, Mick Dodge, halibutslayer and 32 others
Upvote 7
W

Early season "teases".... thats what they are brother....lol. At least you got out.... had some fun... got some shots.... had a boat burger or 2 and a beer on the water..... got to laugh and cry on the same trip.... what more can you ask for from a 1 day early season trip? Nice write up!
Reactions: Jiggermeister
Upvote 0

Thanks for your report
Toggle signature

Well you got out and fished Iam just get to read
Reactions: Jiggermeister
Upvote 0

Great Report and Intel David....ONE be better than None any damn time!

Yep, I was on sat. Trip but I don't think anything on the surface was hooked. Nice report
It's getting closer!!
Reactions: Tunahead and Jiggermeister
Upvote 0

Yup, that was my old blue and white salas that was being chased by the boat. Gonna miss that jig. It was a great swimmer.
Reactions: Tunahead and Jiggermeister
Upvote 0

Yong Yong said:
Yup, that was my old blue and white salas that was being chased by the boat. Gonna miss that jig. It was a great swimmer.
Click to expand...

I thought they might get it back. It’s a bummer, especially if it was your lucky jig.
Reactions: Yong Yong and Tunahead
Upvote 0

thanks for the report!!!
Reactions: Jiggermeister
Upvote 0

Early season is always tough, but it sure is nice when you are on the boat that gets into. Can't catch them from the couch.
Reactions: Jiggermeister and Koyote
Upvote 0

It's still early and those counts have been ping ponging pretty hard.
Reactions: Jiggermeister
Upvote 0
Show hidden low quality content
You must log in or register to reply here.