Went out of DP yesterday at about 0630 and drove straight for the 14. A couple of miles south we see something strange floating on the water and when we get close it turns out to be a bean bag chair. If you can describe it in a PM I am happy to reunite it to the proper owner.

Anyhoo, the area is a parking lot, at least 50 boats, with a ton of fish, around one large paddy, being the main attraction. Dorado are jumping all over the place but the catching was slow. A private boat would pick one up here and there but never wide open. The sport boats were picking up one at a time but it had to be frustrating to have 40 to 50 lines in the water and only one guy
hooked up. Every time they got one on board you could hear cheering.

We managed to only pick up one and decided to find our own paddy. Went over towards the slide and found 4 different small paddy's with a little bit of life but nothing worth catching (mola mola, etc...). Found a larger grade paddy and this one was loaded with dodos but, just like the spot south of the 14, they had lock jaw. Got one more on the boat and missed one (shame on me) and called it a day.

My buddy stuck his GoPro in the water at the last paddy and I count over 40 dorado, check out the video.

They were chasing tiny little bait and were just not that interested in the sardines. Water was 71.8 and clear blue. When I cut the two we caught open one had an empty stomach and the other had a mostly dissolved sardine, doesn't make any sense.
Toggle signature
I don't know what I don't know
Reactions: matt86m, Zika, CaptainCrabappleJr and 34 others
Upvote 0

Cool video! You plucked a couple out of the zoo, so you're not doing too bad! Congrats!
Toggle signature
Go ahead, make my day...

mhanson59hb said:
Cool video! You plucked a couple out of the zoo, so you're not doing too bad! Congrats!
Click to expand...

20 lb mono with a #2 hook. Nothing special
Toggle signature
I don't know what I don't know
Upvote 1

We fished the exact same area's Thursday and had the same observation
Water was warm 73, clear and slightly of color (green)
We had a relatively short day on the water and came home empty
Thanks for the accurate report 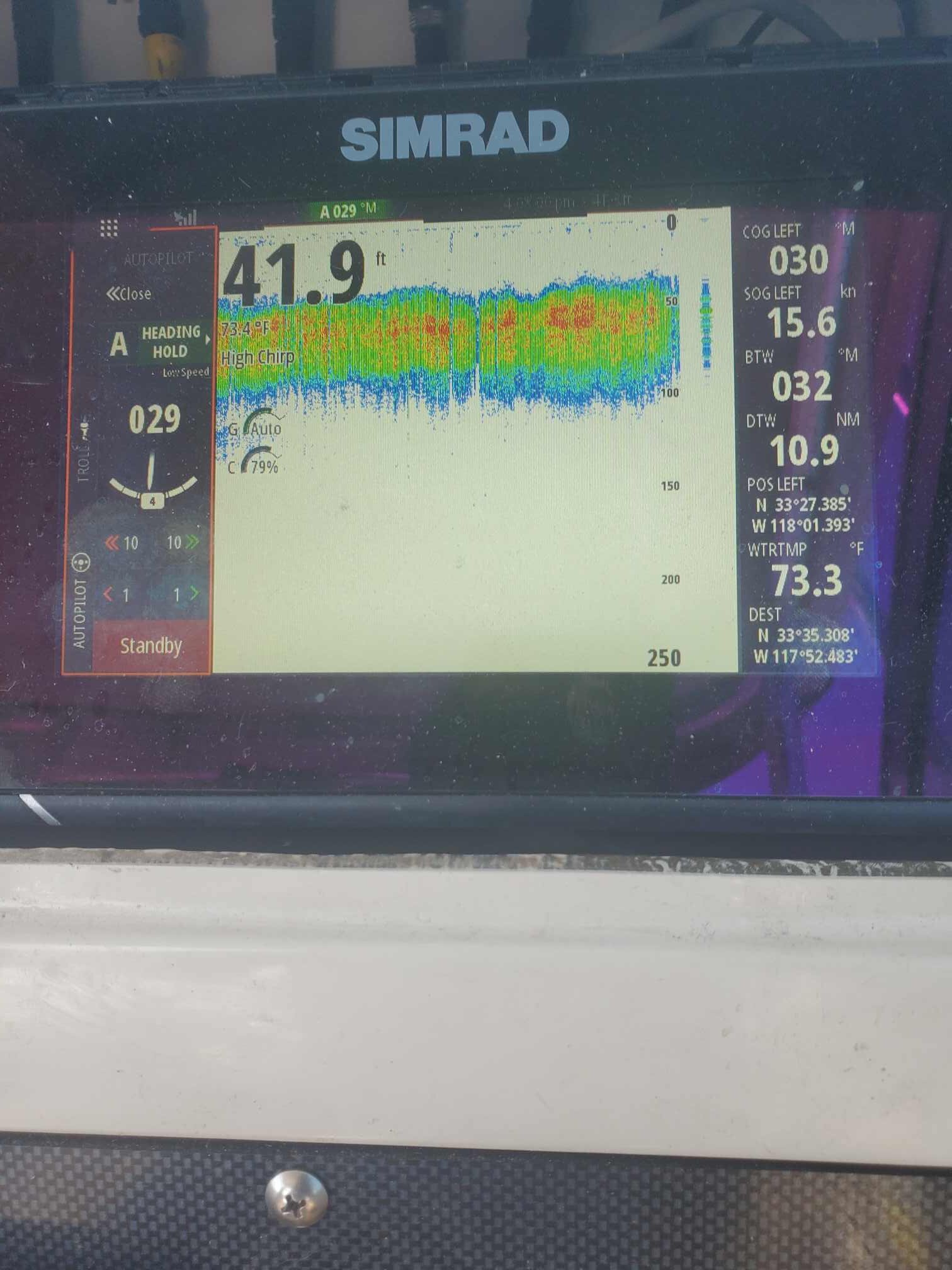 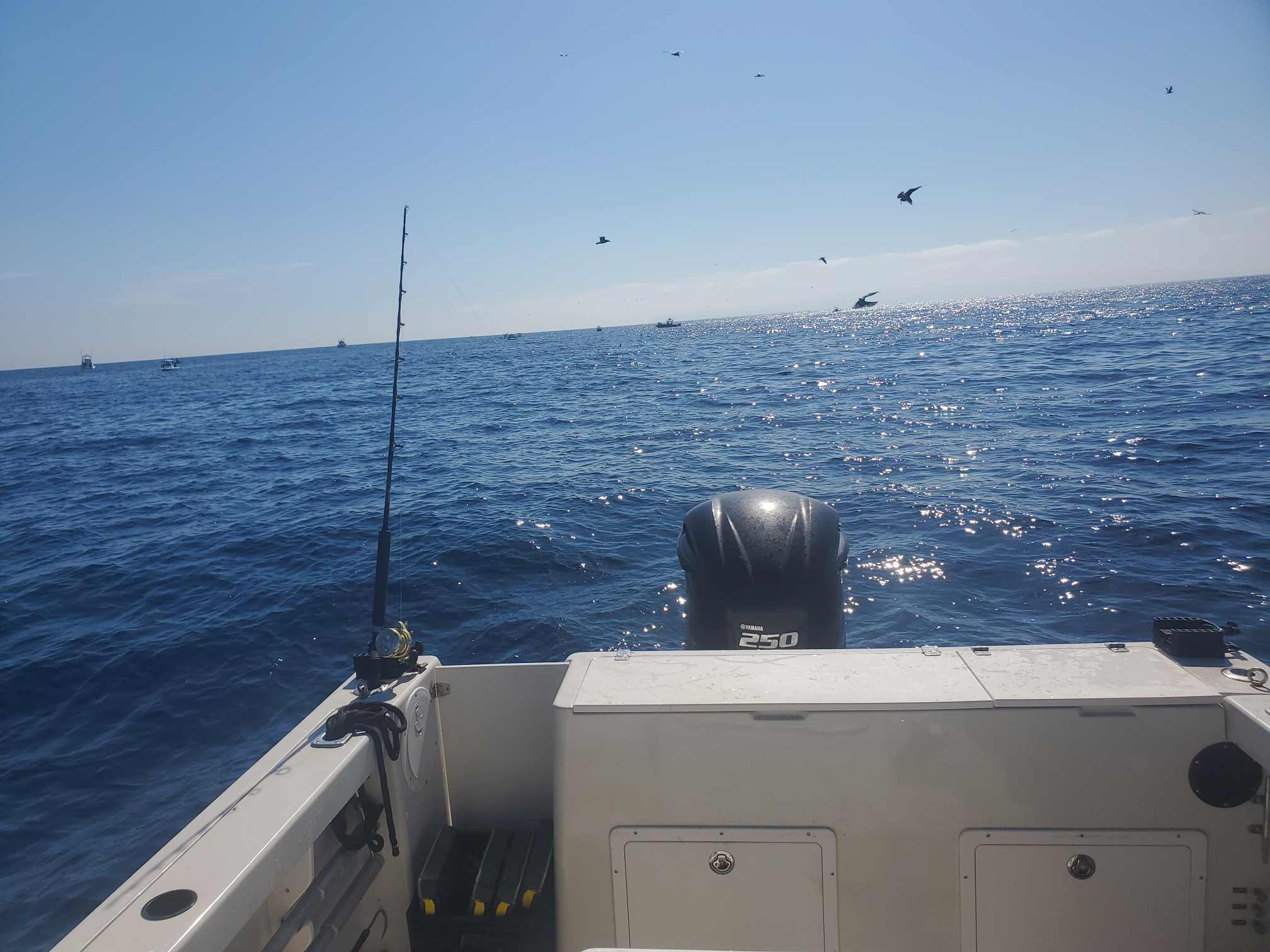 Toggle signature
"Life is a one time offer, use it wisely"
Reactions: bsandls
Upvote 0

bsandls said:
it turns out to be a bean bag chair. If you can describe it in a PM I am happy to reunite it to the proper owner.
Click to expand...

I was wondering where I left that Bean Bag Chair. Can you return it?

My Lava Lamp, Mobiles and Incense just aren't the same without it.

Toggle signature
Disclaimer: The opinions expressed are mostly Bullshit, should be taken with a gain of salt and most likely contain spelling and grammatical errors. Any issues regarding this comment should be directed to the WGARA Department. Thank you.
Reactions: 7emptsT and rick rouland
Upvote 0

It's white and floating! I turned around and it was gone. Still looking for my buddy that was on it. I overheard him say big wake ahead ! Bet you can't get airborn!
Toggle signature
If you stay on a boat long enough you are bound to catch a fish!
Reactions: hobiefish, the SLIDER and 7emptsT
Upvote 0

If I was out of Avila or Morro Bay I would go out and have a look.
Upvote 0

I am not always Grumpy; somtimes I am fishing!

Nice 1st video. Cool stuff! Thanks. Think that I will wait until everyone puts their boats away now on Tuesday September 9. That is the beginning of my season.
Reactions: the SLIDER, TexassJ and Rick's Lucky13
Upvote 0

Next time try 10lb test fluro with a #4 hook. Why not go extreme and see how many bites you get?!

I did real well on straight 12 pound Maxima and a #1 hook. Hook from top of mouth and out thru the nose(hidden hook). Give them a five count and your hookup ratio will rise.
Upvote 0
Show hidden low quality content