Whoowee! That was a fun trip!! What a difference a good crew and some kick ass passengers make on a 2 day charter. 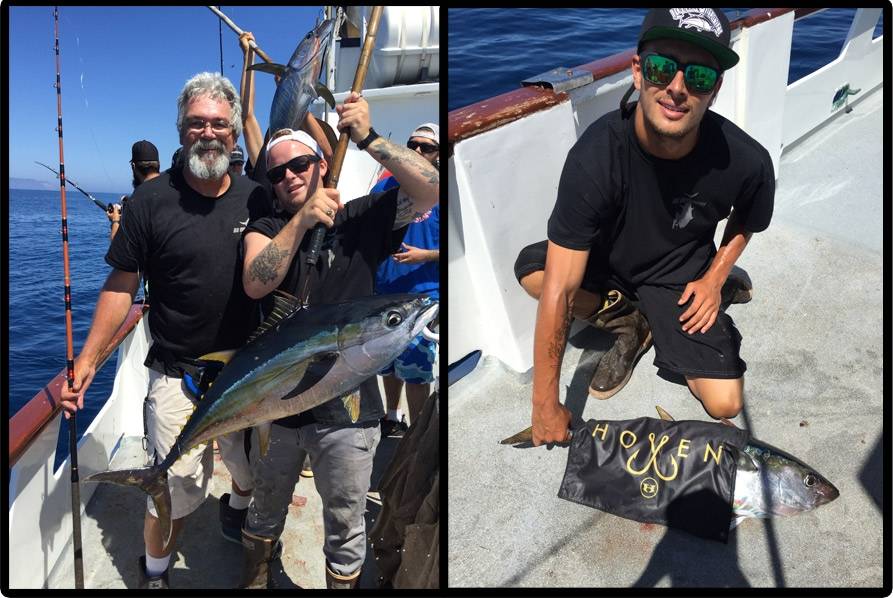 Bloodydecks teamed up with the Dominator, Hoven Vision, Mustad Hooks, The Mad Hueys, and De-Fishing Soap put on a very successful trip. Our Ultra limited load 2 day started out at the fishing grounds between San Clemente and Catalina. We were looking for some of that larger Bluefin we heard came back into the area as well as the huge schools of YFT that the sportys' were massacring the couple days before. Thursday we found a lot of birds and boiling fish. It was scratchy fishing though. We had 1-2 Yellowfin for almost every stop until around the later afternoon. Our captain did his part and would put us right on a the boiling schools but nothing seemed to be biting. Our bait was part to blame as we had mostly mackerel and very little sardine and the Flatfalls and jigs were not working.

Friday was a whole other story. We drove down south overnight to the grounds just outside the Coronados 12 mile zone. We heard that boats were getting hit on the troll, which was only true for us a couple of times.(Skip Jack Mostly) Paddy's were abundant and loaded with fish. We caught our share of dorado with some smaller grade yellowfin and some skipjack mixed in. The fish didn't seem to mind if we were using sardine or mackerel, it was steady and fun. 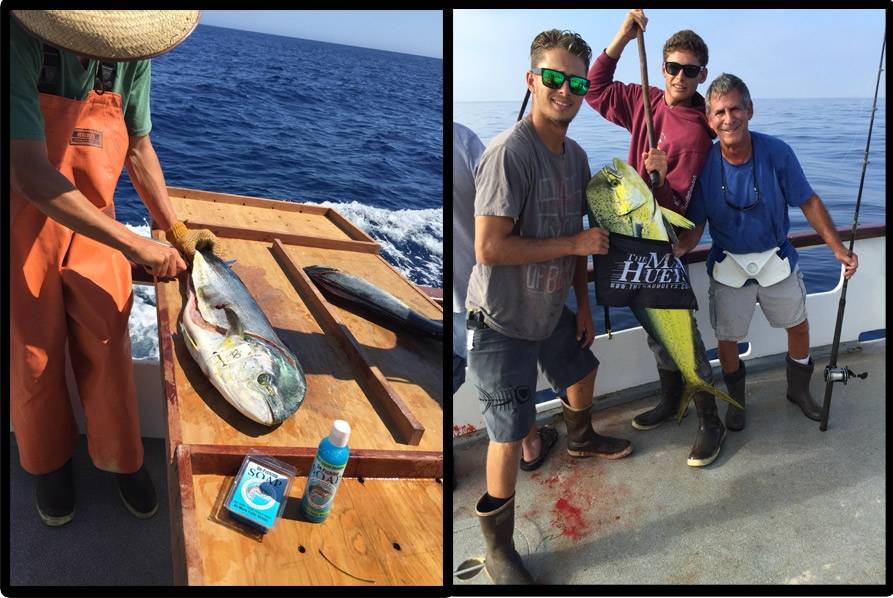 Just wanted to say thank you to our sponsors for all the swag they provided for this trip. We had a bunch of sunglasses, hats, shirts, bags, pliers, fillet knives, soap, to raffle. I think everyone went away with a few items. 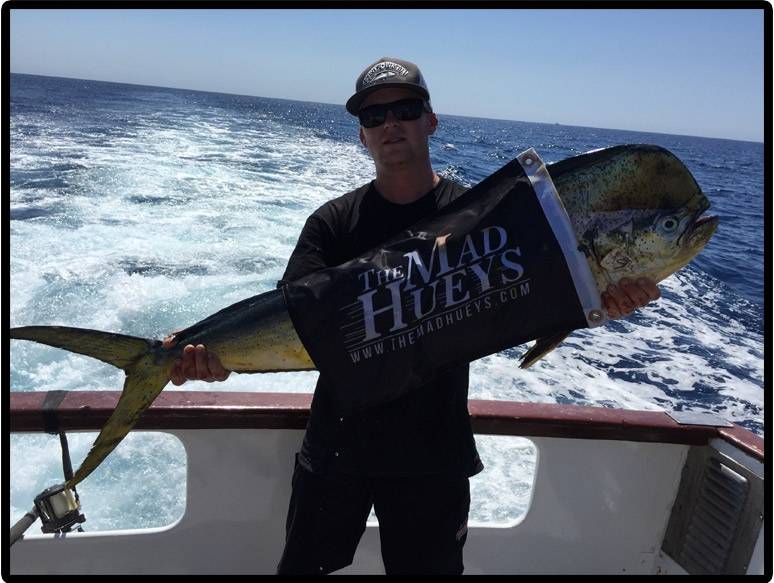 And this trip report wouldn't be complete without thanking the crew of the Dominator. They were awesome. These guys run a good operation. What stood out was the cleanliness of the vessel inside and out. The galley and bunk room were well kept and the crew were always ready to lend a hand. And I can't forget to mention the FOOD! Machaca burritos, fajitas, Pork loin with some amazing garlic sauce, and the best double cheese burger I've had on a boat.

BOOK YOUR NEXT TRIP!
Reactions: TrixKelly, phil R, The Freediver and 6 others
Upvote 0
P

Thx for the report! Happy fisherman speaks for the Dominator. Go Dominator!
Upvote 0

So bummed I missed out. Looks like a great time
Toggle signature
Yusef Hussainy
619-277-2169
Need a home? Need to sell your home? I can help.
www.CalRealtySD.com
Upvote 0

Glad that they had fun, that one Dodo was huge!

Not one pic of a bloody deck, so disappointing...
Toggle signature
Freedom is not free, support the troops.
Troops do not make policy, they enforce it, no matter how unpopular it may be.​
Upvote 0

Carey is solid. I remember him when he was working on the Vagabond. Sounds like it was a great trip, plus a bonus with all the swag.
Upvote 0

Great trip, thanks Dan. The crew was great, the passengers were fantastic, best boat burger i have ever had and one last thing, landing that Dorado kicked my butt but i would do it again in a heart beat. Michelle, BD should be proud to have you!!!!
Upvote 0

Boat Name
Royal Polaris, Ocean Odyssey, Yours with an invite

This was a fun two day fishing trip. Overall the conditions were excellent, The sponsors hooked up the swag like it was Christmas, and fishing with an ultra light load took things up a notch for me. Michelle @ BD was an incredible ambassador/charter master! BD team give her a pat on the back, she is a pro, and really an asset to the operation.
Day one we chased the tuna and saw plenty, probably could have put more on the boat, had our bait not died out. Our captain did work hard to get us on fish, but it was tough with only chunk to fish with.
I did manage to kill two fat yellowfin on tail hooked mini macs and lost a third due to me getting over excited and not checking the line for abrasion after fish number one. (won't do that again)
Day two was paddy hopping and good fishing down around the 371 I believe.

*Special thanks to BDoutdoors for putting this together, and the killer swag! I hope you guys do it again soon! 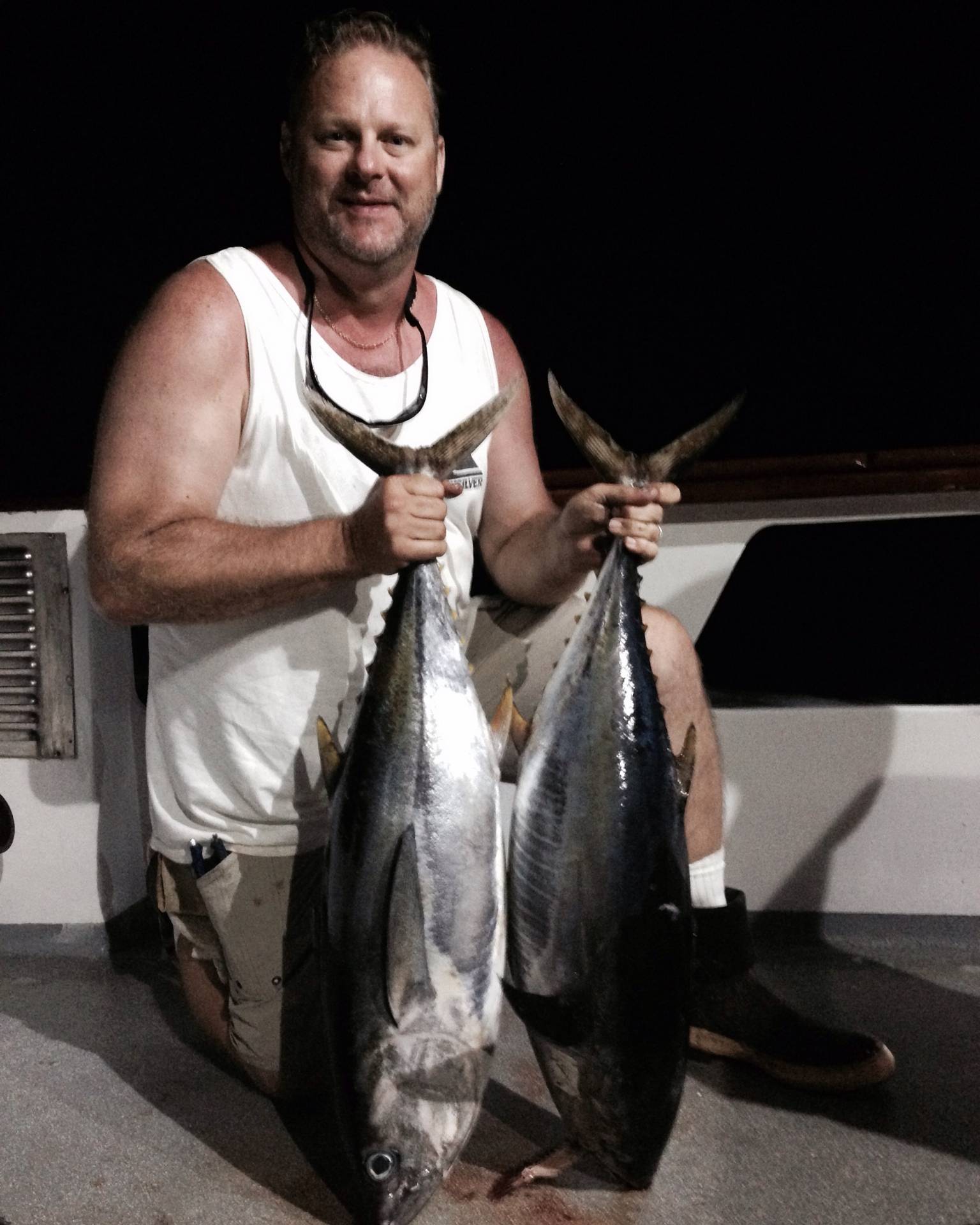 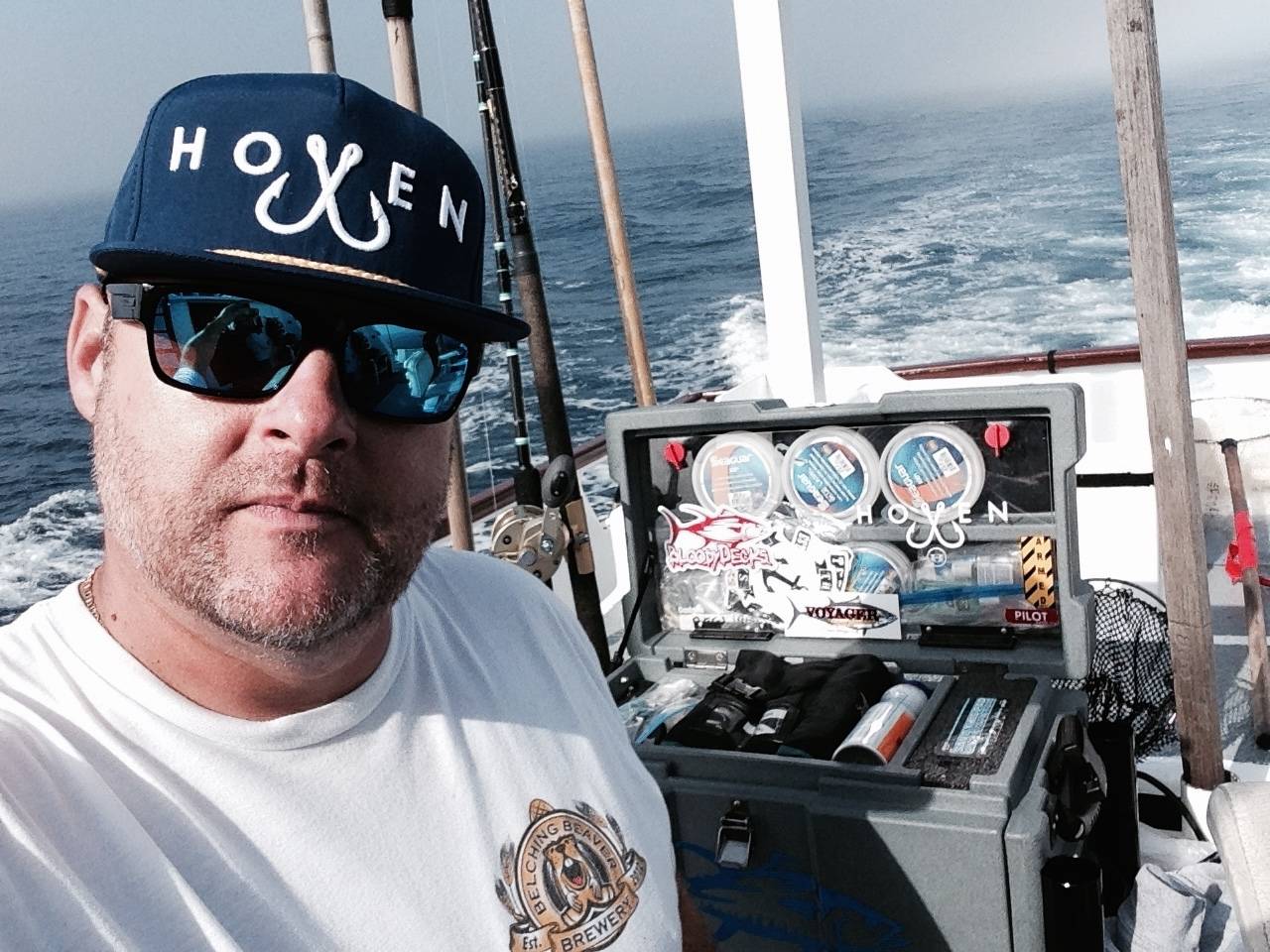 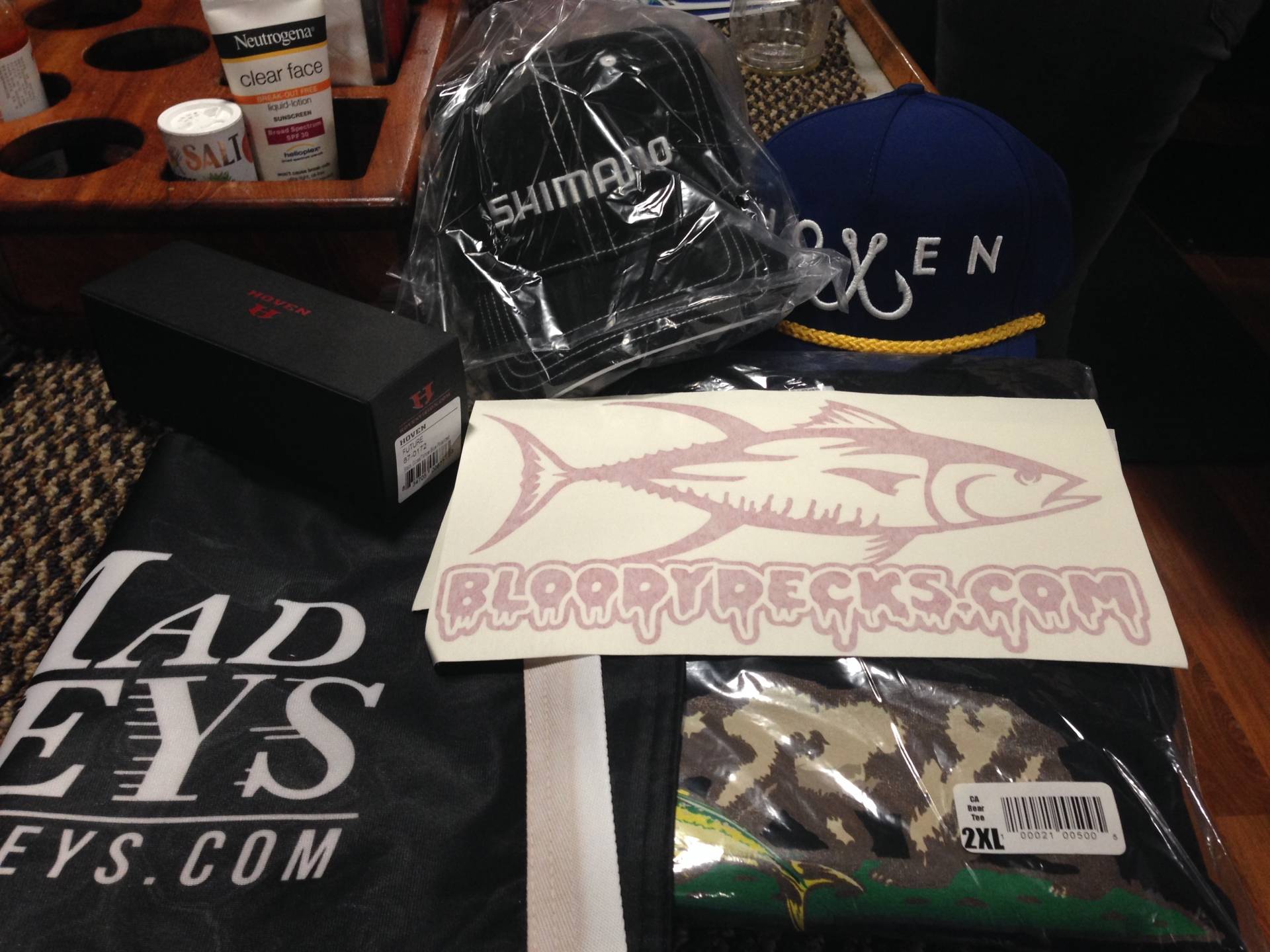 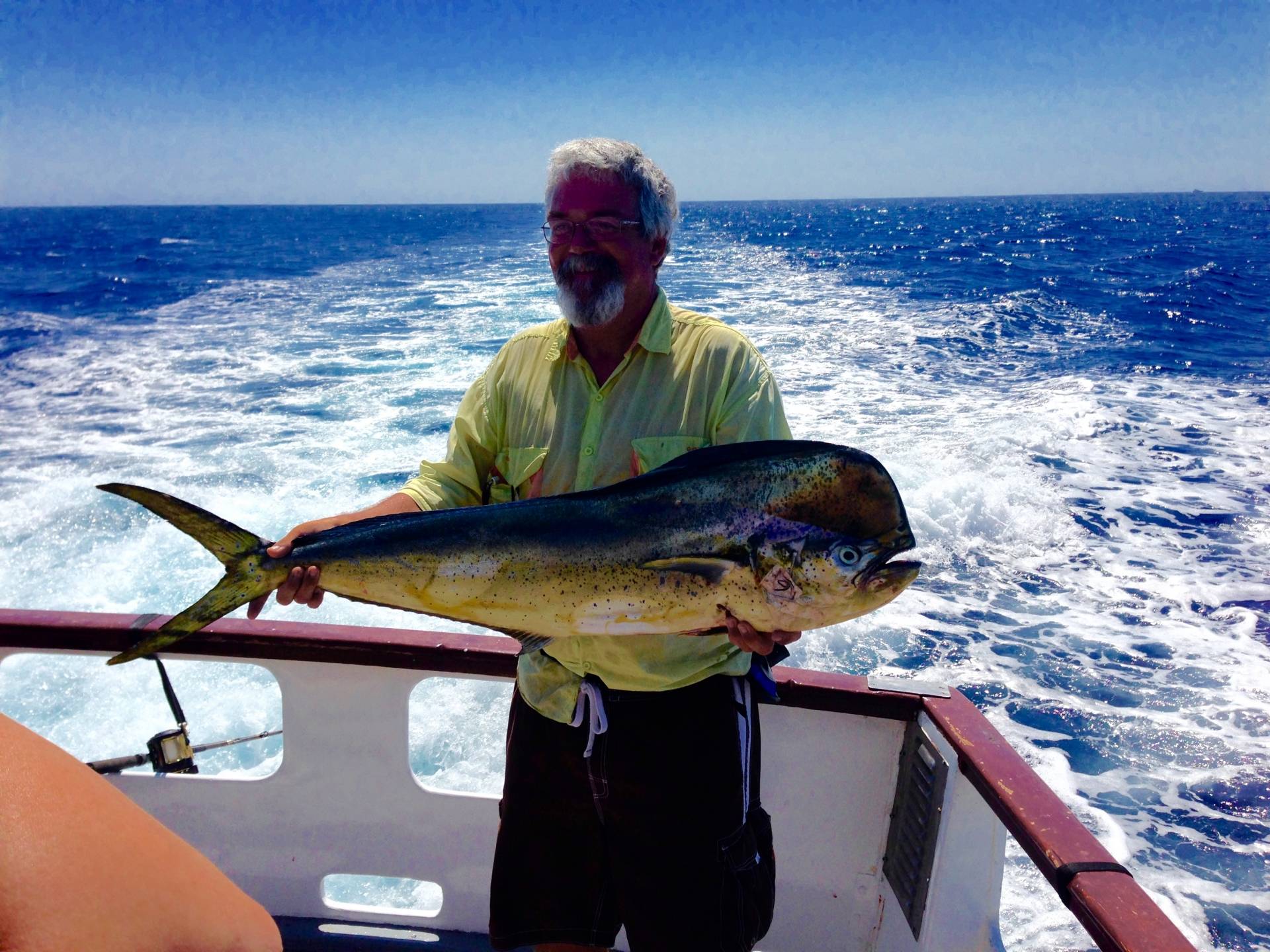 ROFLMFAOOOOOOOOOOOO over one of the replies.

donate a mil to the boat and i'll bet that they will make it SB perfect.
Upvote 0
Show hidden low quality content

Offshore 8/27 covered ground but no luck