Does anyone have more info on Diver run over at the 312?

Message in the inshore reports for San Diego. Diver run over and killed by boat at the 312. Does anyone know what happened? How tragic-condolences...
A

Coasties were asking, but the guy wasn’t giving much in the way of details. Kids were on the boat in the bay, so we turned it down and stopped listening after they said the helo was launching. Condolences, it was a tough listen.

one post on bloody Decks fishing forum said the diver had speared a LARGE Blue Fin Tuna ( possible 300 lb) and was beinfg towed around by it. His partner in the boat was following and accidentally ran over the diver.

Not very much info has been released or is posted online anywhere. RIP
Reactions: tsuribakagaijin

Underqualified Captain said:
Hello all...I'd like to shed a little light on this horrific accident and offer some words of caution so none of you have to go through what a wonderful human's family and friends are going through right now. Our brother Peter was senselessly taken from us, and the best any of us can surmise was none of this had to happen. It's been a very rough few days, but we're starting to sift through the facts and put together a better picture of what happened. I'll spare the gory details, but what is being even more apparent to those of us in the know is that the skipper was grossly underqualified to be operating a boat in the oceanic environment. As far as we can tell, this guy that killed our friend has never ran his own boat in the open water, primarily fished freshwater lakes, and had previously only been a client on guided oceanic charters. The skipper was on a borrowed boat, in waters far from his home in Colorado, the boat had some engine mechanical issues just days prior to the accident, skipper fixed boat, but there still seemed to be doubt about its seaworthiness after gathering all the facts.

Equipment issues aside, the skipper seems to be motivated by ego. He was trying to recruit our friend to his spearfishing team. Our friend that was killed was a true badass that was a god on the water. Another one of our friends facilitated the introduction, but unfortunately nobody vetted the skipper's credentials before setting off on this voyage. Skip talked about learning how to do this stuff by watching YouTube videos. Furthermore, without going into the gory details, there is just no reason a skip should be making such aggressive steering and directional changes when there's a diver in the water within boat length of the boat. Skipper did not have eyes on the diver during any point of the sequence of events. The other question that has been given a terrible excuse answer by the skip is why he had the engine running with someone so close to the boat? They shouldn't have been 25 miles off if he had doubts in the boat's seaworthiness, but when ego and inexperience take over, accidents like this happen.

I'm not insinuating that this was a purposeful event, but it's still an awfully tragic accident that could have been easily avoided if everyone involved did a little more homework on who they were going out with. This was a first time meet, not much vetting was done between either party, and the skips qualifications appear to be grossly overstated and purely driven by his desire to prove himself. Nothing is going to bring our buddy back, but the lesson to take from this is know who's driving your boat, know his qualifications, make communication plans, make sure everyone is on the same page when the action heats up, AND NEVER TAKE YOUR EYES OFF YOUR DIVER! If you can't see your diver, boat/prop doesn't move. Period. That shouldn't even have to be emphasized it's such a well no shit point. No fish is more important than a human life. The amount of negligence and poor seamanship on display last Friday is directly the cause of this very sad and tragic accident.

Our friend will always be remembered for who he was, not how he died other than he died doing something he absolutely loved and was extremely passionate about. Only God can judge the skipper. I know the skipper is reading this right now, so I hope you own up and take a little more personal responsibility. The questions are going to continue to be asked long after the dust has settled from this, and I hope you never get the gumption to put other lives at risk operating a boat like you did that fateful Friday. The worst part about this is one of Peter's best friends who knew nothing about spearfishing or boats had to witness this whole event, and now has to live with the images of watching his best friend get killed right in front of his eyes. Senseless tragedy. May Peter rest in peace.
Click to expand... 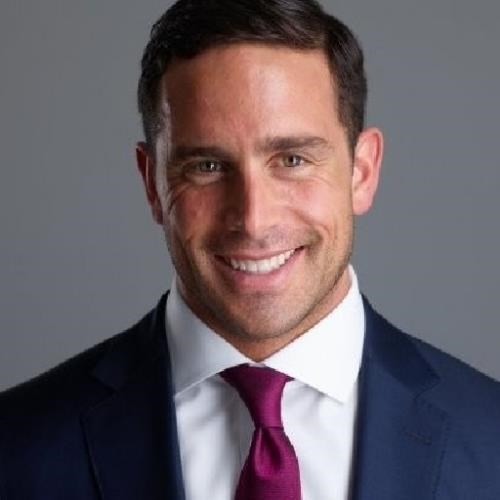 WTF. Idiot. Too many negligent boaters out there that lack common sense. Prayers to the family. Such a tragic loss that could have been avoided.
Expand signature
Friends will bail you out of jail Best friends will be next to you saying that was f#!k-ing awesome

Super sad. Prayers up. My condolences

Very Very Sad. Was their another diver in the water with him?? Technically your suppose to dive with someone, I don't know it this would of helped or made it worse?? However my thoughts and prayers will go to the family.
Show hidden low quality content
You must log in or register to reply here.
Share:
Facebook Twitter Reddit Pinterest Tumblr WhatsApp Email Link