The annual Crystal Pier Kid's Fishing Derby was held today in Pacific Beach, organized by Captain Ron Baker with the support and donations of many various groups, business and volunteers! Gates to the pier opened at 8 am and fishing went until 12:30 pm. Kids ages 15 and under were able to participate in free fishing with loaner rods provided by the Lakeside Optimists, free bait, hot dogs donated by Albertson's and grilled and served by the San Diego Rod and Reel Club along with drinks & chips. Fred's Mexican Café donated and served fish tacos for all, Mila returned for facepainting, the Rotary Club had a booth for coloring, the San Diego Padres donated all kinds of swag for prizes, and a new addition this year was a booth set-up in memory of Nick Kowalski who recently passed away. His family and friends wanted to continue his memory and asked to be a part of this derby. They provided awesome gift bags for the kids and some kiddie rods too! What a wonderful way to honor their son's memory, carrying on his love for fishing and bringing that joy to other children! I am not sure of the # of kids that fished since they were able to come and go at any time but the pier eventually filled up with kids and their families. It was fantastic to see the parents who were teaching their children to fish and show them what to do. That is what the true spirit of this event was all about. Unfortunately, there were those parents who continued to fish when they weren't supposed to and I had to keep telling them this was for the kids and to be fair. I am not sure what lessons they were teaching their kids but it was sad to see the dads turn to look and see if I had left and then started fishing again. Over and over. Captain Ron had tons of fantastic prizes for the winners and almost every kid won a raffle prize including some beautiful beach cruisers donated by Pacific Beach Cruisers! The winners were ecstatic!!! 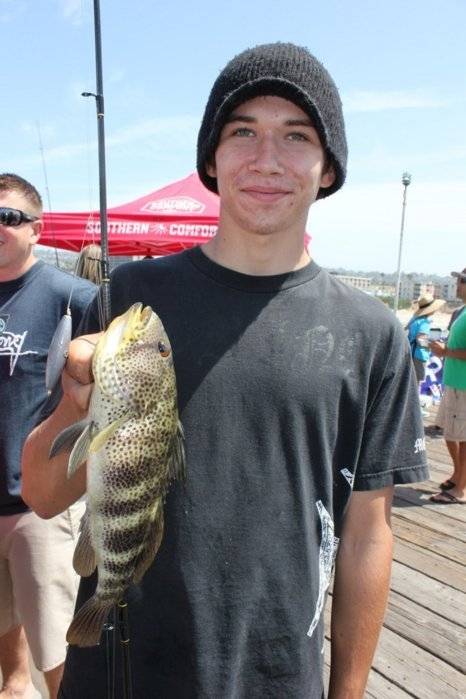 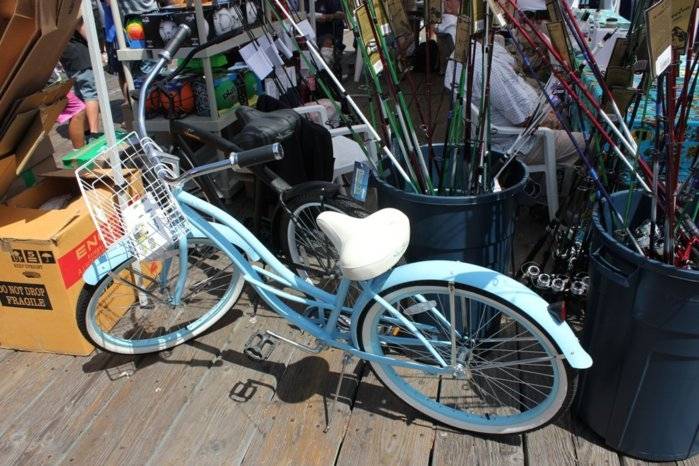 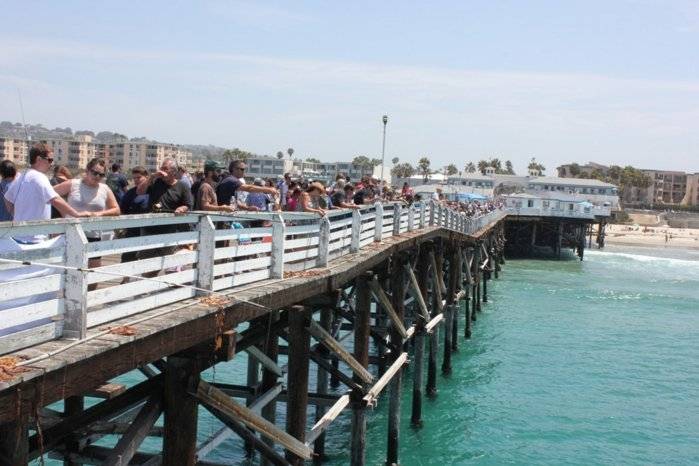 This year went much smoother than previous years. Thank you to the volunteers from BD for being there to help set-up, cut bait, distribute prizes, weigh fish, rig lines, loan out loaner rods, distribute raffle tickets and anything else we needed help with. You were a HUGE help as always!

I took @ 200 pictures and uploaded them so you can see at the link below. The funniest comment I heard today was when one kid caught a halibut to weigh in and was rushing to the weigh station, another small kid watched him running past and said, "Why would they cut that fish in half???" He seriously thought it was sliced on the flat side! Too funny!

Here is the chart of the top fish weighed per age bracket: Captain Ron did a great job pulling this all together especially while recovering from a hip replacement surgery. This was no small task to organize and yes he didn't give up. Thank you Captain Ron for doing this with all the best intentions, for the kids!

Thank you to all the BD volunteers who always show up to support this event!

Here's the link to the pictures I took. I will figure how to edit the pics above and turn them right side up!

A big kudos and thanks to you Maggie. With everything going on you still came out with a big smile to help with 2 big events. That's a tremendous heart you have.

I managed to get a picture of you in action keeping all the kids in check which I could never do.

Maggie, the one picture I took of you at giving away the raffle tickets was of the girl who won the bike!!

And a few more pictures.

Thank Mo! You have 2 fantastic sons who are very respectful and well-behaved! Thank you for the help you gave today and for the help your son gave as well! I enjoyed meeting you!
Upvote 0

Xlint Report and Awesome pics Maggie. I know you work so hard on these events and afterwards to take the time to post a report and pics like this so others (such as myself) can have the feeling of being there. Thank you so much for that.
The smiles all around from the little kids and the big kids say it all. A job well done from all involved. I will have to make plans for one of these events my two lil ones travel just a bit better and come join all of you.
Fantastic Post TYTYTY!!!
Toggle signature
Iron Workers Local 433
Work High in the Sky, Play at Sea Level!
Have Fun Fishin!!!
Upvote 0

Awesome pics and reports Maggie. I Hope to make it there next year.

By chance is that Don (owner of valley farms market) in the pic cutting up bait. If so, I fished with him and his friend Walt last November on a 10dayer and was one of the nicest guys I've ever met.

Had the largest tackle box I've ever seen. Heck he had a boat canvas cover for the box.
Upvote 0
P

Thanks to all that helped with this years Crystal Pier kids classic it was well attended. lots of fun had by all. oh lots of fish toooo. Thanks again Cap Ron
Upvote 0

Grew up fishing at Crystal. Wish they'd had the derby back then. Looks like it was a blast.
Upvote 0

Looks like everyone had a blast. Hopefully I don't have to work that weekend next year.
Upvote 0

Sorry I missed the event this year, it is run very well and a lot of kids have a very good time for free. Thanks for the pictures Maggie...
Toggle signature
Whale Oil Beef Hooked
Upvote 0
Show hidden low quality content
You must log in or register to reply here.

Pre-Season on the East Cape