We just got back early morning from Tanner to fish the big BFT. We ended up leaving on the Arjuna at 10:30 pm on Tuesday in hopes of fishing the early morning bite. Unfortunately we didn’t connect. After soaking baits we decided to troll the spreader bars and found no love. We trolled and trolled, stopped and fish bait on really good meter marks.

The weather really laid down and wind went from 7-8 knots in the early morning to 1-2 knots, which made it very challenging to troll the CA flyer.

we saw several boats drifting and fishing the balloon rig which seem to be the ticket for some anglers to get smashed on the big BFT.

We ended finding a nice fishy spot where we were heavily marking earlier and started to set up our drift and employed
the flyer.

Around 4:45 pm, around slack tide, we get hammered. The bait gets smashed and bait is annihilated, but it didn’t stick.

We brought the kite and rig back and redeployed another flyer and WHAM game on. The fish was a beast and put up a great fight and about 30 min later, the fish is gaffed and brought over the rails.

We stayed the zone, redeployed the kite and this time, we got slammed on a flyline set up. Unfortunately it broke off and that was it.

All and all it was a decent day. 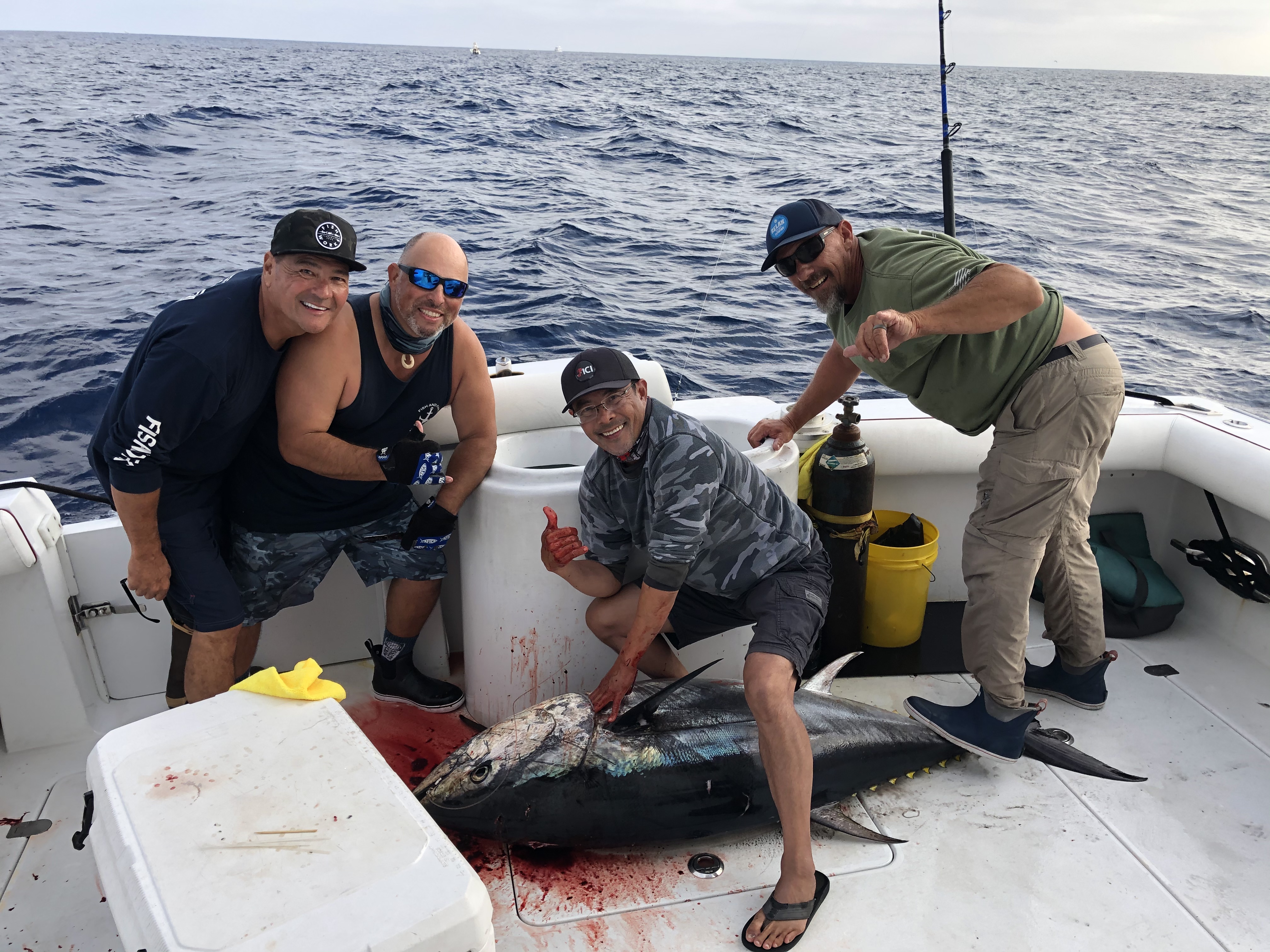 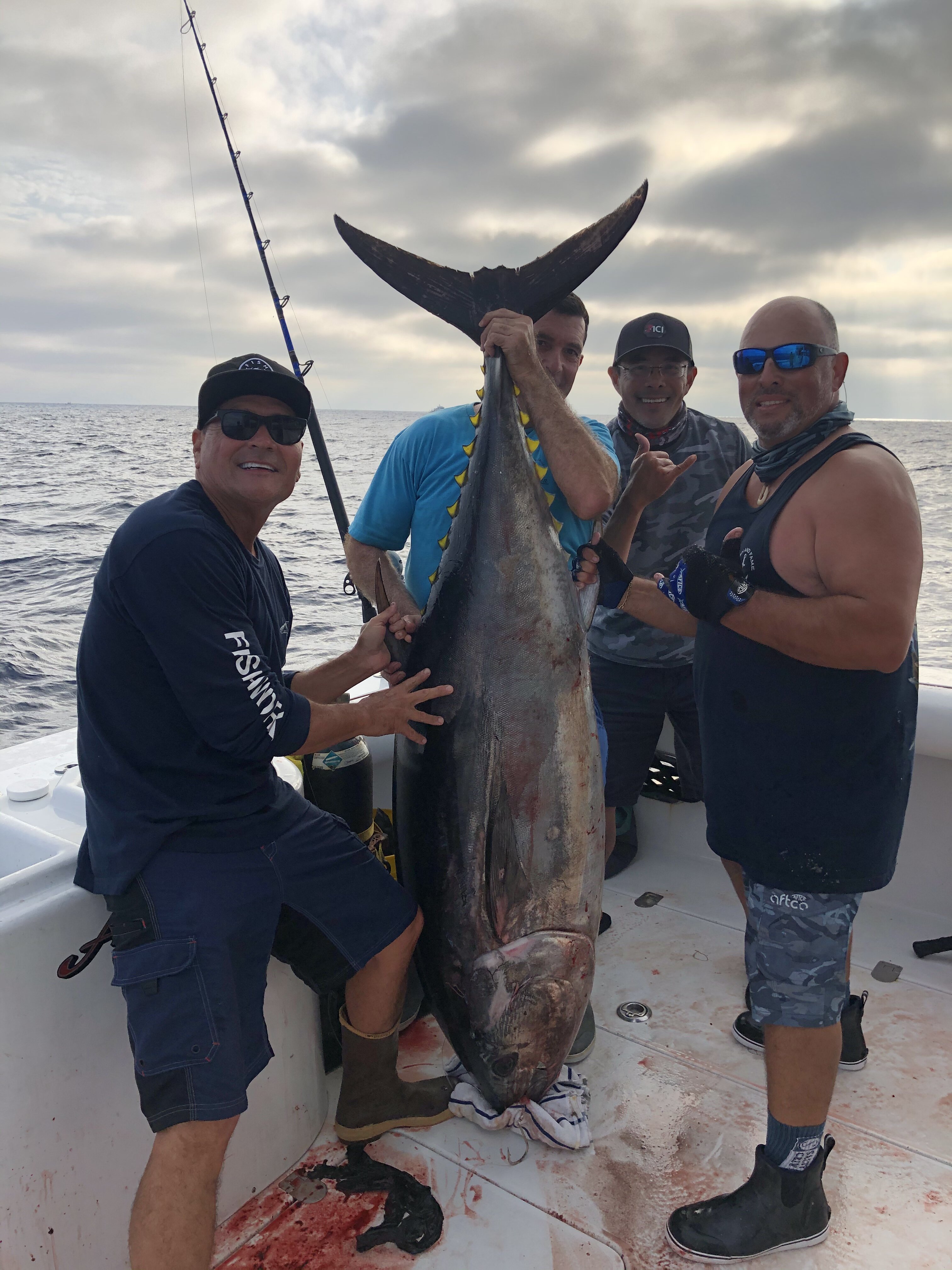 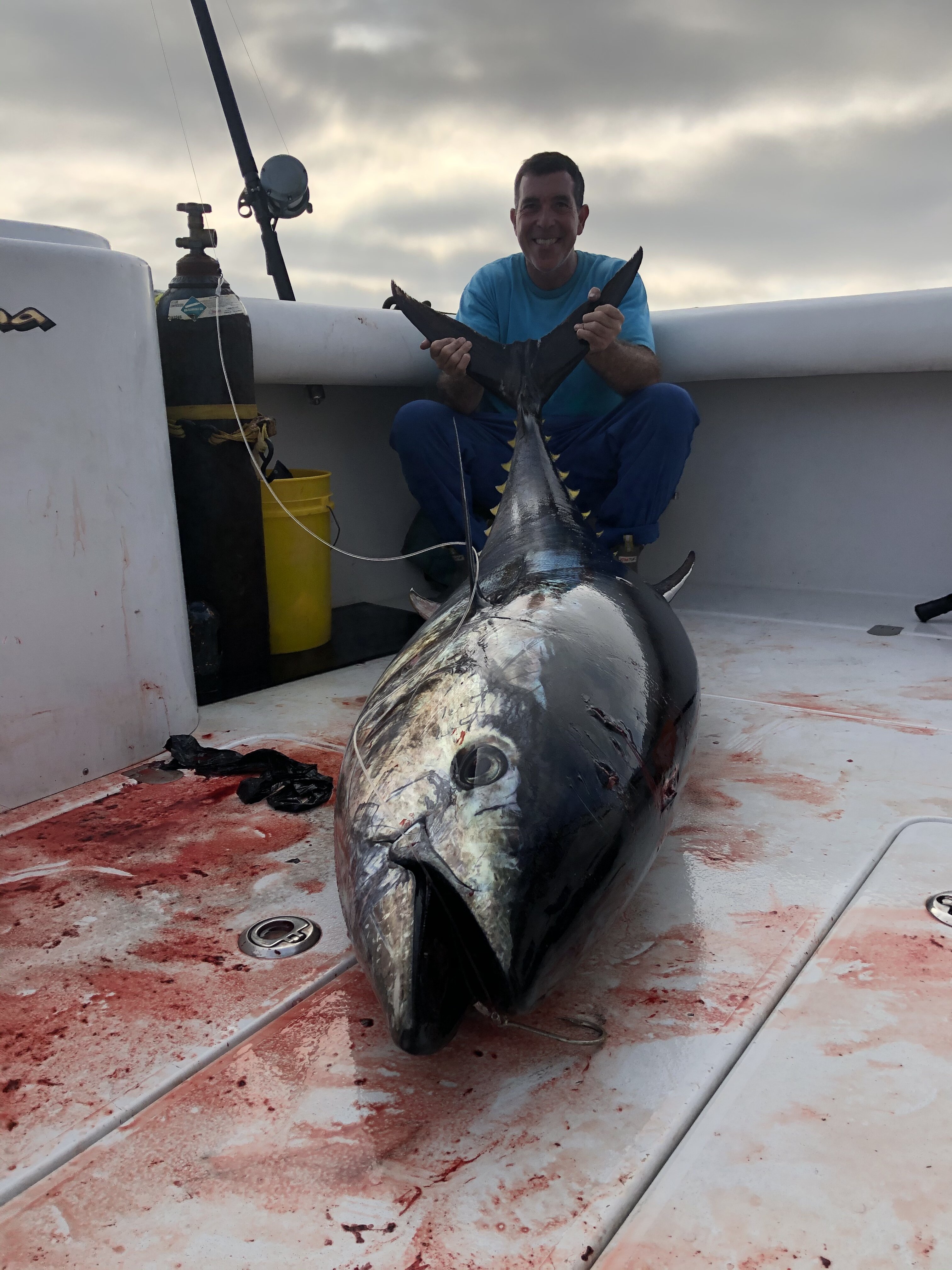 Congrats dude, Nice to see the Arjuna already has a couple of trophy fish to her name. Looking forward to getting back on that boat again.
Reactions: Tuna Dreamer and locvetter
Upvote 0

Fishing in my best

We had a similar day on Monday, nada until 4:30/5 then we got smashed on the spreader bar a number of times. We ran the top of the ridge with the spreader way back. Was fun to watch it get hit and miss then stick.
Reactions: Tuna Dreamer
Upvote 0

Awesome fish! Thanks for the pics and report.
Toggle signature
-AH
I get skunked and I can not lie
Upvote 0

I'll take a 'decent' day like that anytime!!! Congrats and good job!!!
Toggle signature
If we keep idiot proofing everything, the world will be full of idiots.........thin the herd

MikeC92109 said:
We had a similar day on Monday, nada until 4:30/5 then we got smashed on the spreader bar a number of times. We ran the top of the ridge with the spreader way back. Was fun to watch it get hit and miss then stick.
Click to expand...

Persistence with BFT usually pays off or at least gives you a shot. Nice Job!
Upvote 0

Excellent job! Those BFT are picky SOB's. Your patience paid off big time. Way to stick it out and have a successful trip, congrats! That is a nice fish. Hats off to the captain.
Upvote 0

Thanks for a great trip and a great captain !
Toggle signature
1. Faith 2. Family, 3 Fishing

Upvote 1
B
Islands 7-30 nothing on the slide