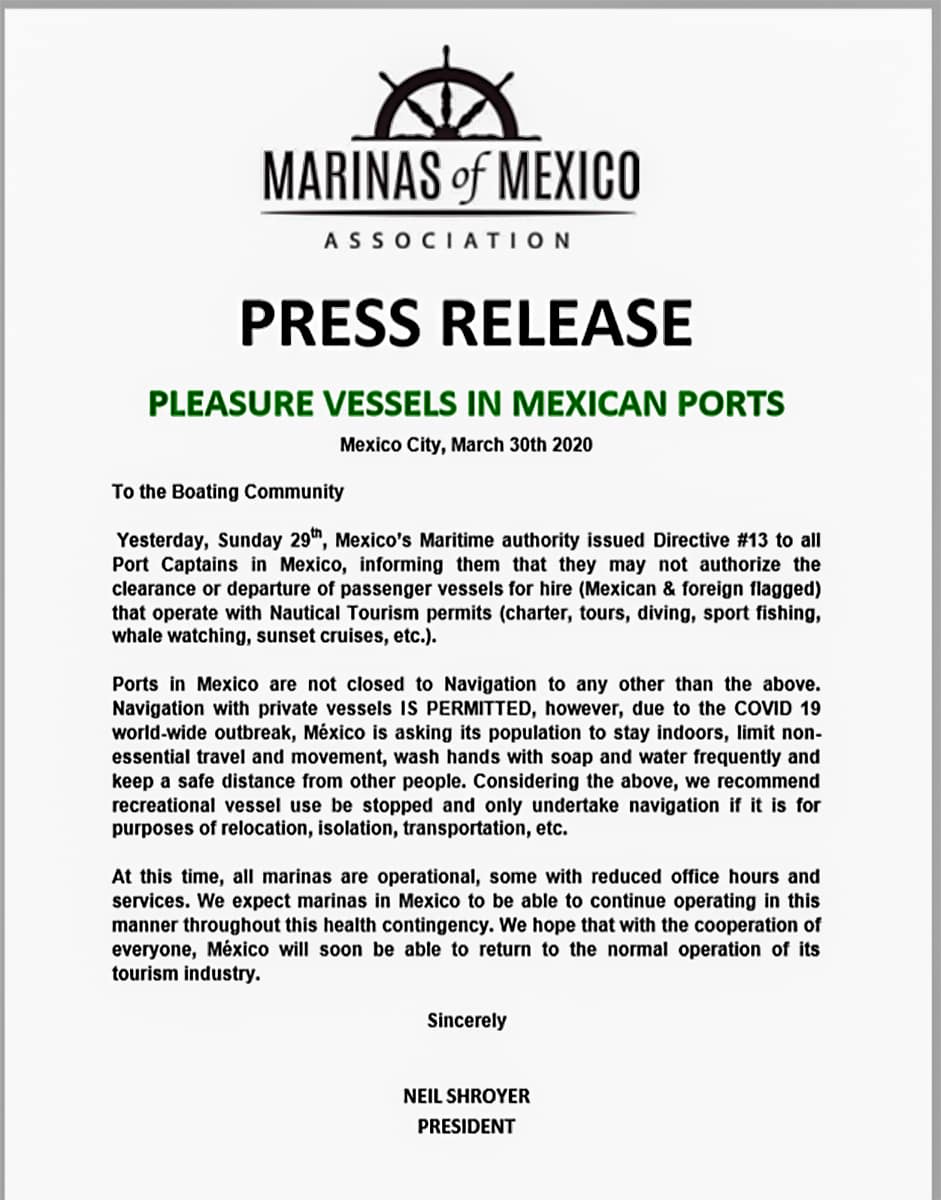 Que Pasa
The governor announced Monday that all beaches in Baja California will be closed as of MARCH 30, 2020. The governor also announced that police and military forces would be used to restrict the movement of residents on public roads – except in vital cases – in response to the COVID-19 pandemic.

The number of confirmed coronavirus cases in the state rose to 31 on Monday with 11 cases in Tijuana and 20 cases in Mexicali.
Click to expand...

In a video released to social media, Baja California Gov. Jaime Bonilla said people “roaming the streets” are now prohibited.
“It will be forbidden to walk in the streets for any reason. Do not be surprised if the police or the National Guard or the 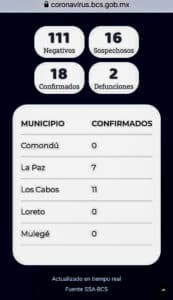 Army, SEDENA, ask you what you are doing,” said Bonilla. “What we are trying to do is get control of this situation, and the coercive measures that we are going to implement will be more rigid as the confirmed coronavirus cases on this graph go up.”
“Grocery stores, pharmacies, and hospitals will remain open for those who need to purchase food or seek medical care,” Bonilla said.
“Do not leave your house; remain at your home! Protect your family and protect the community,” said Baja California Secretary of Health Alonso Pérez Rico, appearing in the same video announcement as Bonilla. “The suspension of school is NOT a vacation. It’s not the time to go to the beaches or to party or celebrate birthdays!”

The news followed announcements by the Mexican federal government over the weekend, strongly urging the country’s 130 million people to stay at home for a month.
Click to expand...

While the number of confirmed cases in Mexico and Baja California remains low compared to those in the United States and California, infectious disease experts say testing is limited in Mexico. Health officials in Baja California, a state with 3.3 million residents, said 226 people had been tested as of Thursday.

As an example, Mexican and U.S. officials have urged people in both countries to cross the border for “essential purposes,” only, like going to work in essential jobs or going to medical appointments.
“What I am going to say is very important,” the governor warned, pointing to a graph that had the number of confirmed cases per day since the first coronavirus case was confirmed in Baja California. “The beaches are closed because this line cannot continue going up.” He said many families, women, and children, would be impacted if the state does not take serious measures to prevent people from gathering in places like beaches and malls.
“This is not an easy thing to do,” said Bonilla.

“We know the economy is going to be affected. But the priority is health! There will always be an opportunity to recuperate the losses if you are alive.”
Click to expand...

Bonilla said if the number of cases reaches a certain point as they have in California, where the governor has estimated half the state could become sick, Baja California would not have enough hospitals, beds, doctors, and nurses to attend to all the patients.
Tijuana
Tijuana Mayor Arturo González announced Sunday that all restaurants in Tijuana would close except for take-out or home delivery.
At his daily briefing regarding the COVID-19 response, San Diego Mayor Kevin Faulconer on Monday commended the Baja California governor’s move to close beaches, bars and more, but he did not mention the new restriction against people “roaming the streets.”
“We in San Diego all know how very difficult this is,” Mayor Faulconer said. “But it’s the right move, and it will save lives.”
Ensenada Port Closed
03.27.20 Ensenada curfew
I went downtown tonight, and it’s a ghost town. About 5% of the restaurants are open, but all the bars are closed, even Hussong’s! I understand. It’s currently a “soft curfew” no penalty – from 9-pm to 6-am. It’s sad, but probably the right call…blowncar BD Baja Forum
San Quintin Closed…Captain Kelly Catian
Gonzaga Bay Closed
Loreto Marina Closed

The weekly fish report will have a little different focus for the near future.
The Port Captain has received word from higher up that the Port is to be closed.
The launch ramp has a chain across it, and no boats will be allowed to launch.
With mostly the handline fishermen out this past week, the fish count consisted of red snapper, pinto, and firecracker yellowtail averaging five pounds.
Gas prices are down, which I thought I would never see at a Pemex station! The stores are well stocked, but all have a sanitizing strategy and limit the number of shoppers in at one time. Many restaurants, as well as most trinket shops, are closed.
Everything has slowed down, with most people hanging out in their casa.
It won’t be long before all of the/us little people are hurting…Rick Hill, Pinchy Sportfishing
Marina Puerto Escondido 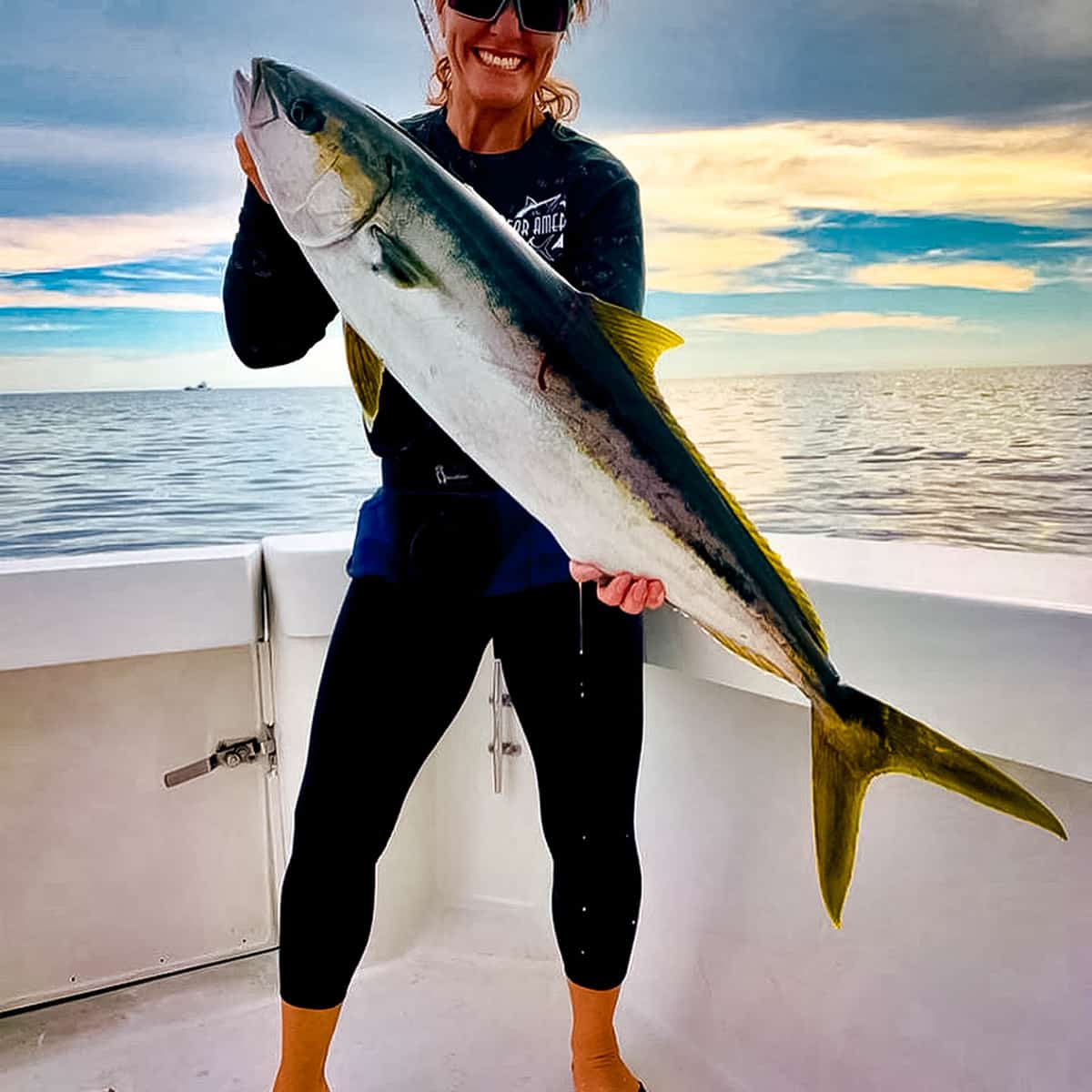 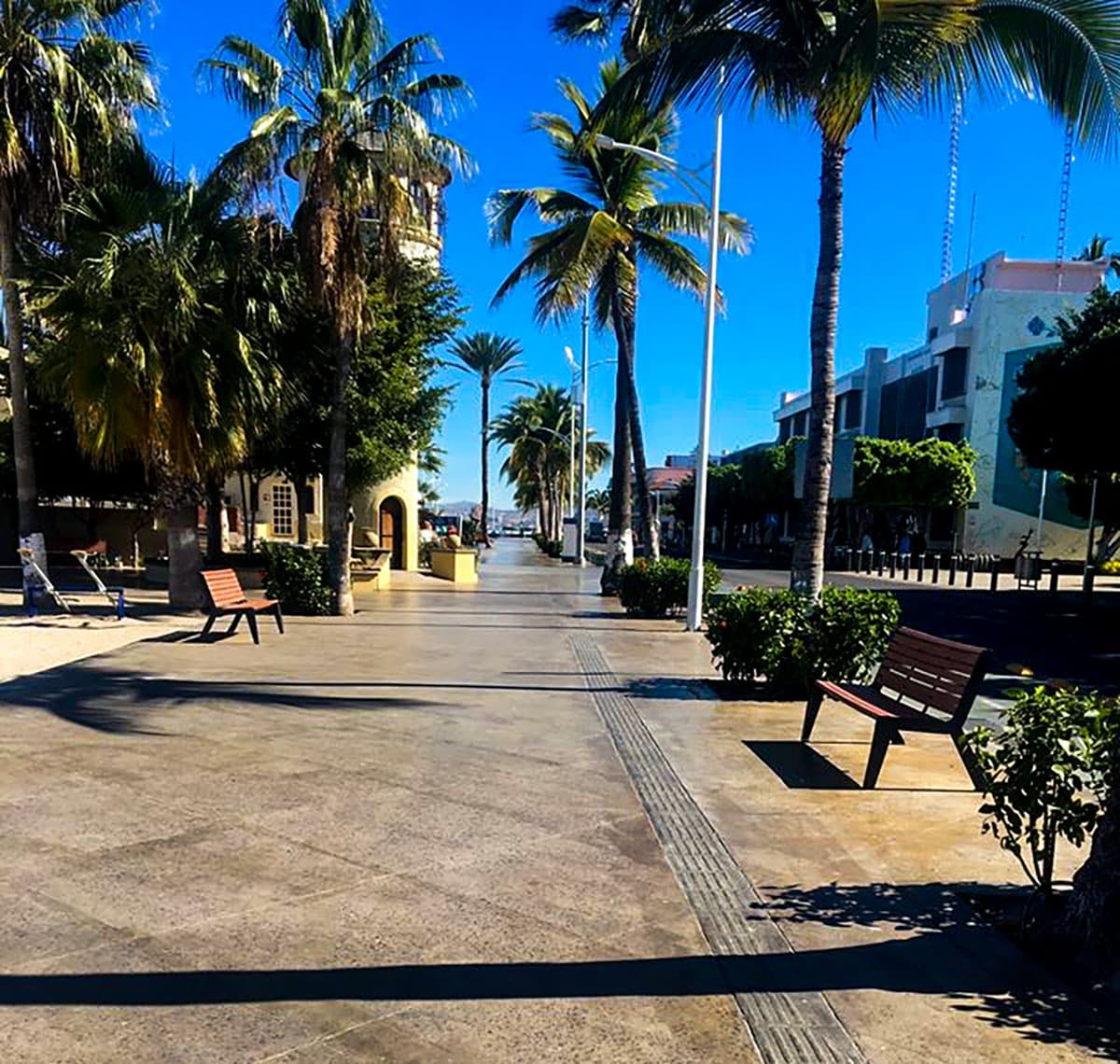 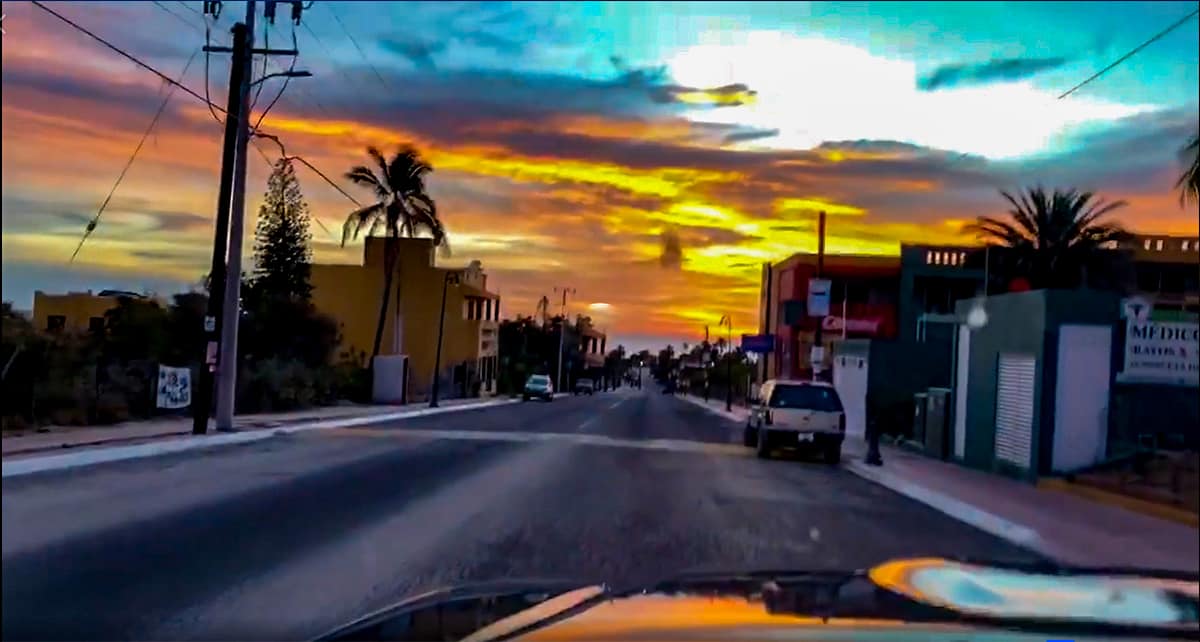 Posted 3/29
As preventive measures against contingency regarding Coronavirus COVID-19, the Delegation of Los Barriles will take the following steps:
* The Delegation will be closed starting tomorrow, Monday, March 30, and until further notice.
* The areas of public safety, civil protection, and ZOFEMAT will be on permanent guard, and Administrative issues of utmost importance will be handled via phone.
* Public services and garbage collection will be suspended this week and until further notice, and will be reactivated when the right prevention materials are available to be able to give the service.
“PLEASE DO NOT TAKE YOUR TRASH OUT TO THE STREET – KEEP IT SAFE IN CONTAINERS WITH COVERS OR BAGS”
* The Food Bank will be open for those who are in difficulty and need supplies in their cupboards; if you are such a person or know of someone who needs basics, you can call or send a message at 61 215 91878.
Thank you for your understanding. We regret the inconvenience this can cause. Please follow the recommendations of the Secretary of Health and, if possible, stay at home!
c. **Los Barriles Food Bank** Growing veggies and fruit in the Los Barriles region and have too many? The Los Barriles Food Bank is inviting “green-thumbed” gardeners to leave any excess veggies and fruit outside Joe’s Deli in the GOODWILL box. (https://www.facebook.com/joesdelilosbarriles/
+52 624 358 8347)
We would like to use this as another way to raise money for the Los Barriles Food Bank, but first, we need to see if we get enough fresh produce to make it work! Could you please begin to leave your produce at the front of Joe’s Deli today? Thank you!
d. The church services at East Cape Christian Fellowship have been canceled until further notice, but we do offer the service of prayer. If you have a prayer request, you can go to our web site, “East Cape Christian Fellowship,” and click on “prayer” or call Paul Rich at 142-8054, http://www.eastcapecf.com/prayer-requests/
e. Notice: Border Crossing from Tijuana to San Diego has reopened to U.S. Citizens. However, businesses and restaurants are closed in Tijuana and San Diego. There is a curfew in place in Tijuana. Be safe everyone.
Puerto Los Cabos Closed … Eric Brictson, Gordo Banks Pangas
Cabo San Lucas Closed…Rebecca Ehrenberg, Pisces Sportfishing 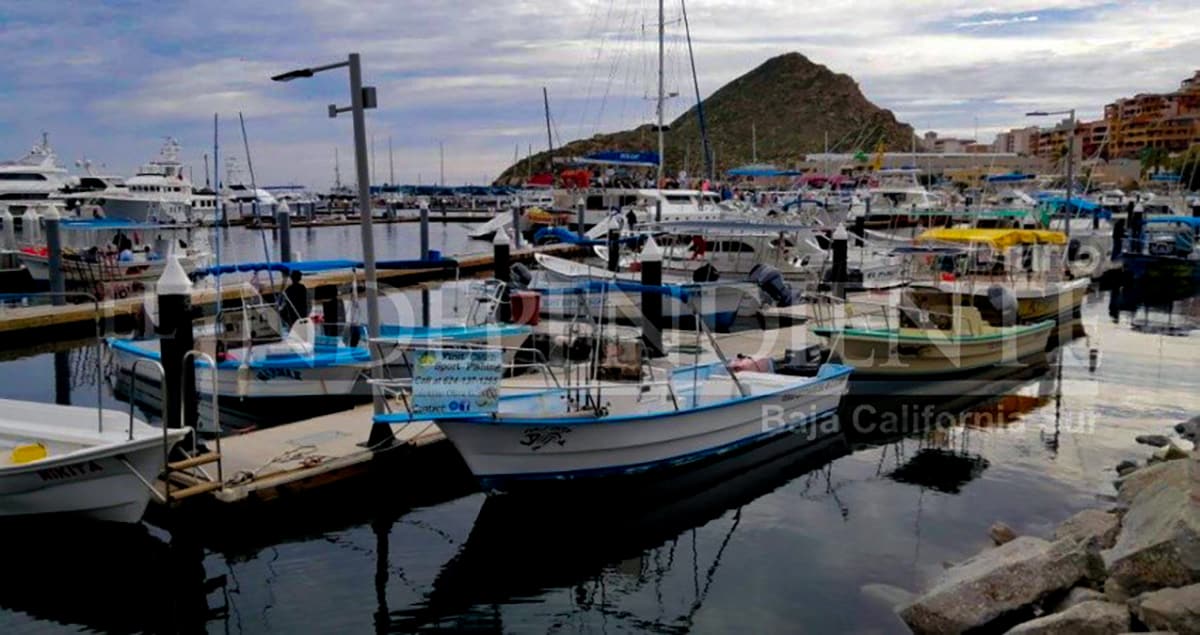 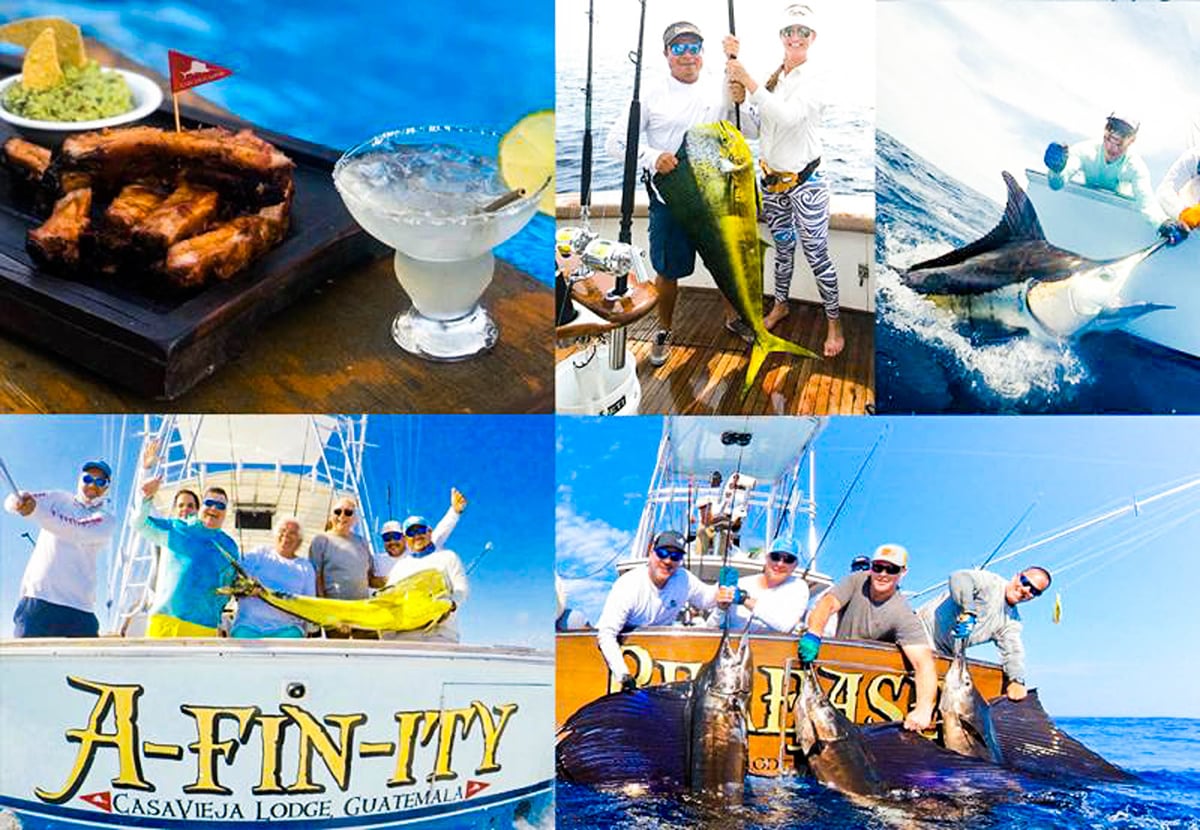 Geez...bound to happen. At least we have your reports and pics
to feast on stuck at home. Keep em coming.

Just got a text from a resident gringo from Loreto. Boat ramp is not closed. They fished yesterday and picked up 3 nice yellowtail. Said there were 8 other gringo boats around them. Panga captains can take their family out to catch fish for their food but cannot take clients fishing.
Toggle signature
Fishndad
Kailua Kona, HI
Ilwaco,WA
Loreto, bcs Mexico
Upvote 0

The port captain would not stop anyone fishing for their own food needs. All tourism related activities are prohibited.
The hand line guys are not out as usual.

There was a chain across the ramp but today it is not there.
As this carries further there will be a real need for many families to rely on the ocean as in the past.

The restaurants are closed(many) the hotels are empty and all nonessential activities and all construction at Loreto Bay has stopped.
This will cause the fish harvesting to open up because of no paychecks
Toggle signature
Today is tomorrow's "Good Old Days" Gary Graham [email protected]