Islands Coronados on the San Diego 8/18

Saw they decided to change from offshore to the islands this week and grabbed a spot. Left the dock with their usual full load with Matt as captain, and Andrew, Marko, and Fisher as crew.
Made it to the islands and within about 5 minutes Matt found our first batch. They reacted well and were boiling around the boat. They had said that bait produced best on Tuesday- 140+ fish. Today they bit everything. Surface iron worked great. I started with my usual yo yo, a 6X in red crab. Got a quick fish, went back down and hung another. There were several rent rodders and I handed this hook up to one of them since you didn’t really know what else we wound find. The next batches of fish took longer to find but were just as willing to boil up and bite.
I noted the plug scoring well so after my second fish was tagged I started using the long rod. Some guys were scoring well but they weren't totally jumping on my hook. I took a break and tossed out a bait or two and got another fish. Went back to the surface iron but changed up my jig to a DW1 in mint and white. First cast gets me a fish and mid morning I’m at limits. I told the crew I was done but they told me I could catch fish for them. My next cast with the DW1 gets me another hookup, but apparently my line was weakened and I broke it off. I put on a white DW1 and 2 casts later had another fish.
We fished in all different areas of the islands and found fish basically everywhere. They also stayed up pretty well offering people multiple chances at fish. One spot the fish didn’t boil up as well but I saw a guy with a yo yo catch 4 fish from one school. My surface iron rod had a tangle issue with someone’s barracuda so I stopped using it because of frayed line. I used DW1 but wasn’t getting anything so I decided to try dropping it to the bottom and fishing it like a yo yo. I underhand flipped it about 10 feet out, it sunk about a foot and was attacked by a yellow. Another spot I was just fooling around and cast on the wrong side of the bow. We hadn’t seen any boils for a few minutes and the port side of the bow was crowded so I cast starboard. Of course I get bit and at the same time there were a half a dozen or more boils all around me.
Finally Matt calls boat limits and says we’ll go try for the little bluefins south of the islands. As we approach the area we saw a little spot of small fish jumping. We set out a chum line and one guy hangs a little tuna. That was the only tuna we got even though we set up on another 3 or 4 schools. Every time we’d set on them the yellowtail would pop up and push the tuna out. It’s something when yellowtail at the Coronados are considered nuisance or junk fish.
All in all a great trip that I feel very fortunate to have been on. Great boat, Matt is a great captain, the crew is stellar. I wish I could go right back out but work calls. I would also guess the fish will be a little less aggressive tomorrow. If I went again it would only be surface iron or bust.
I’ll try to post some pictures but they may not post while still on the boat. 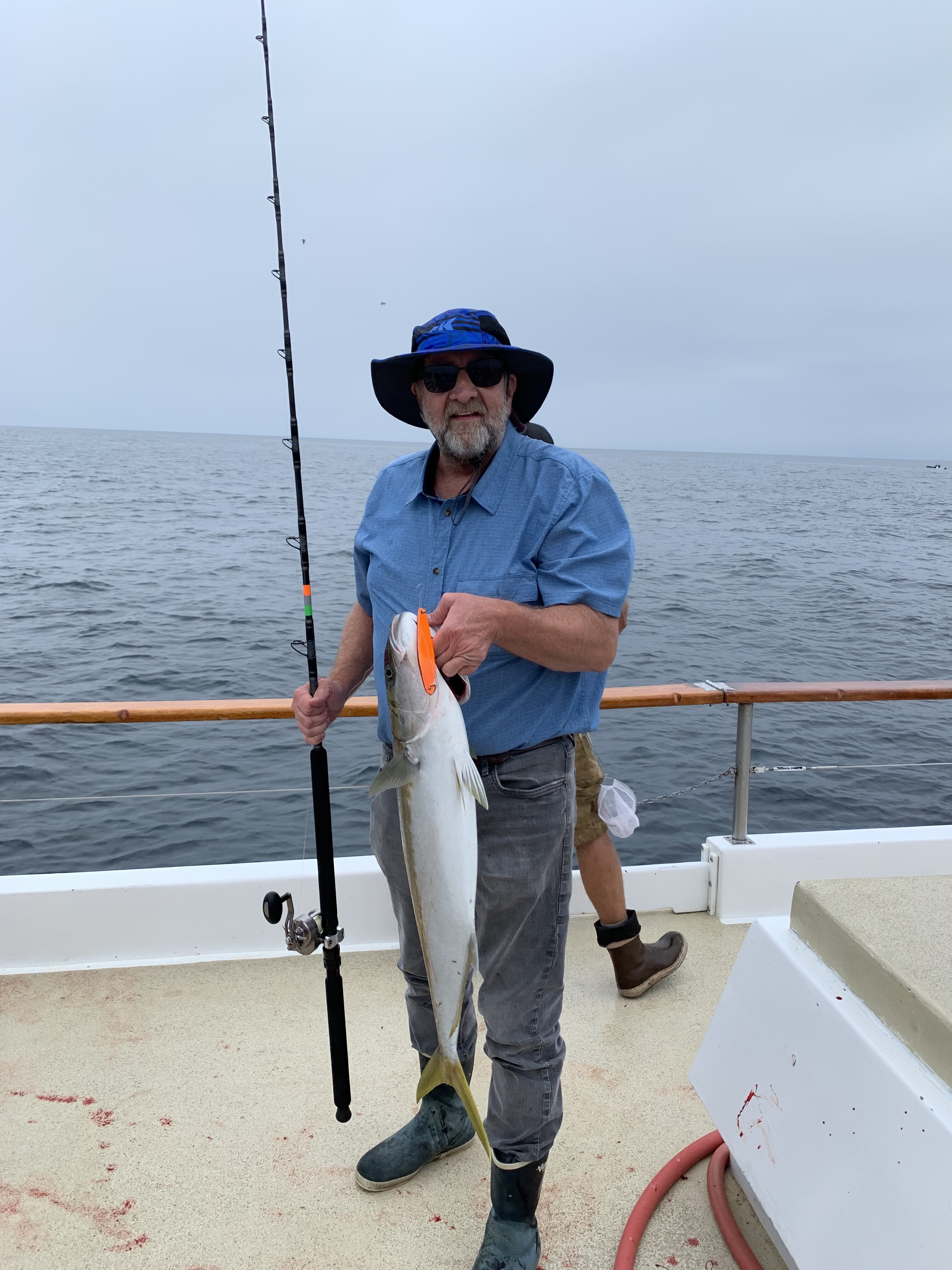 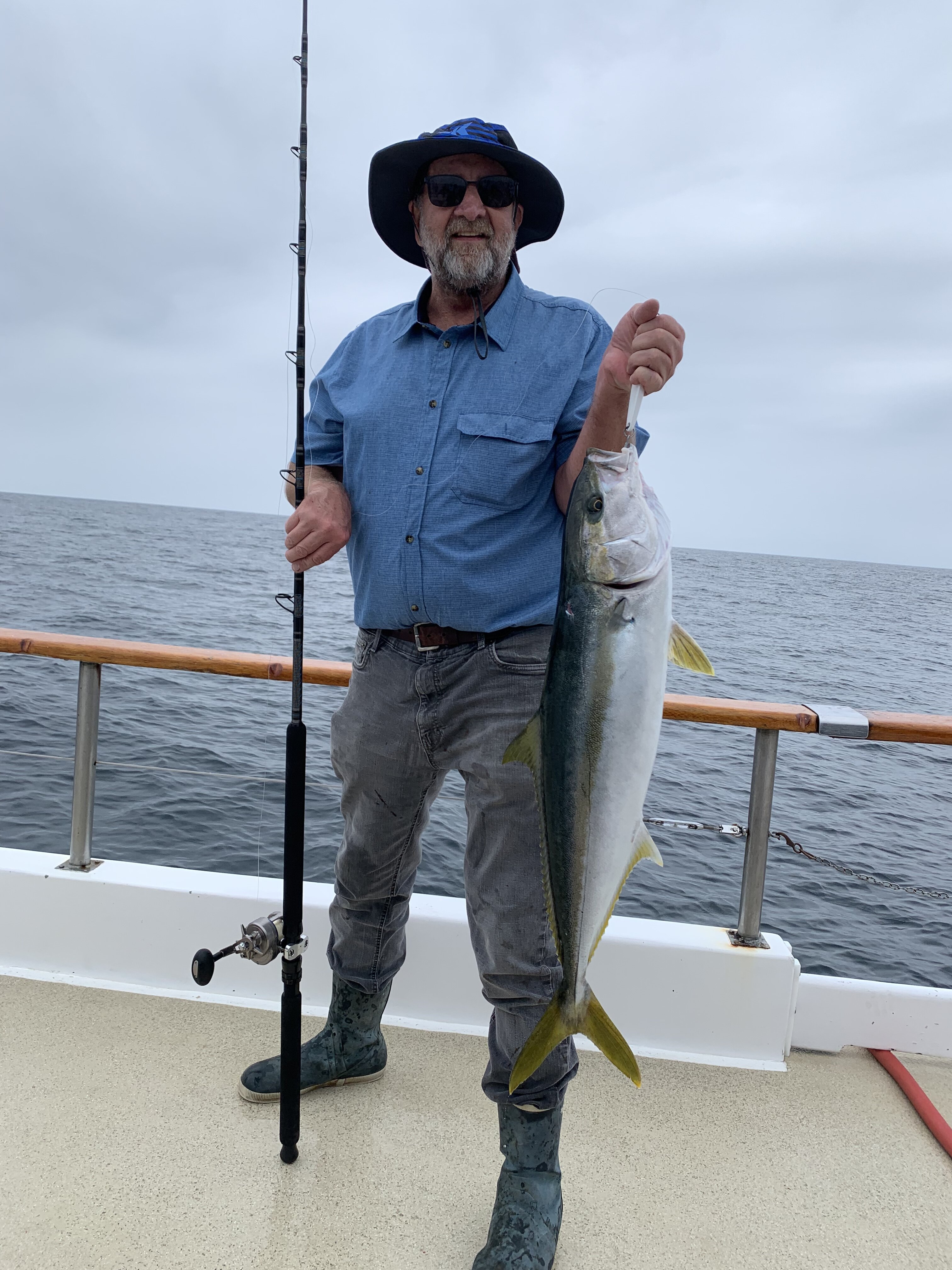 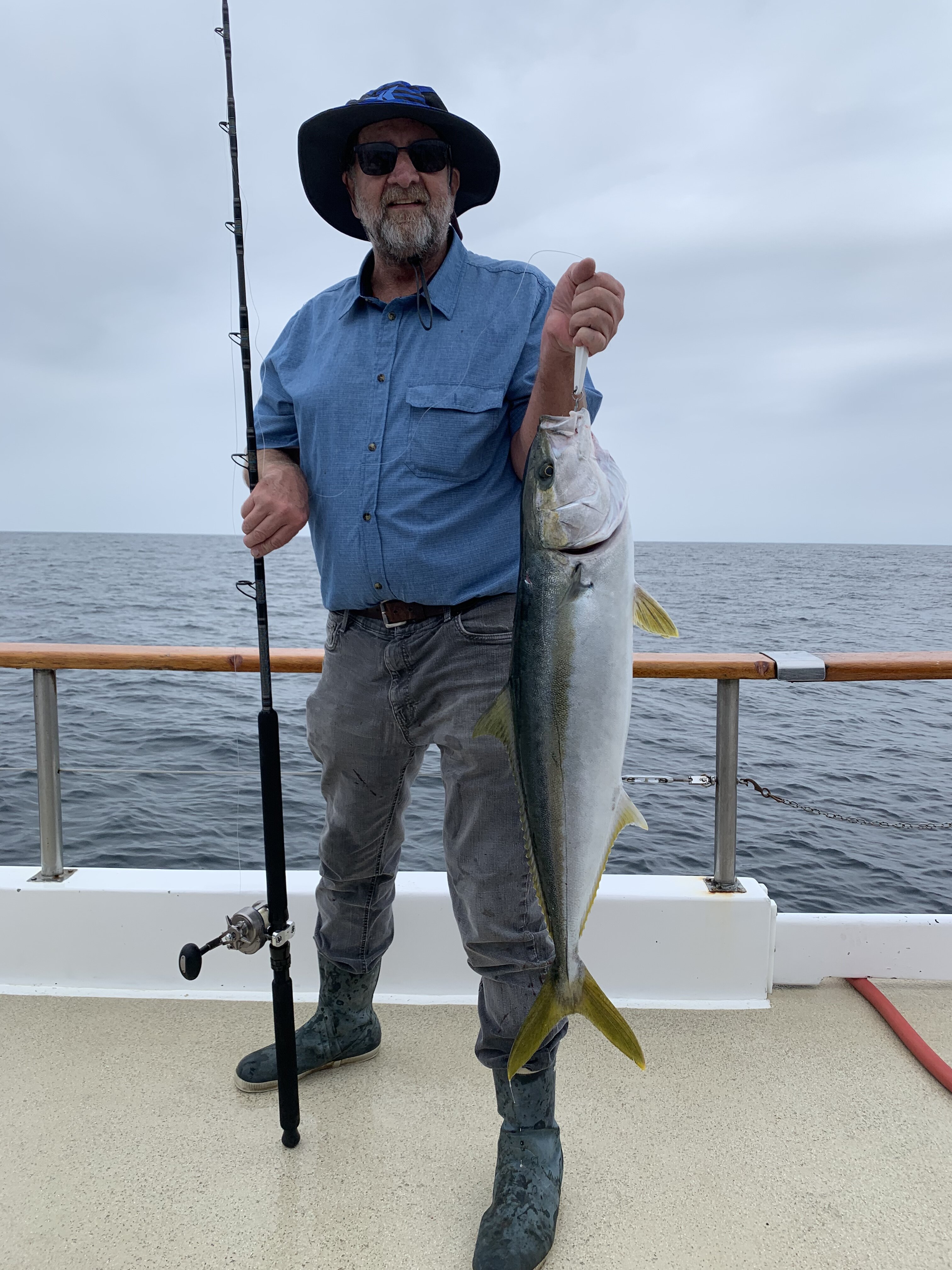 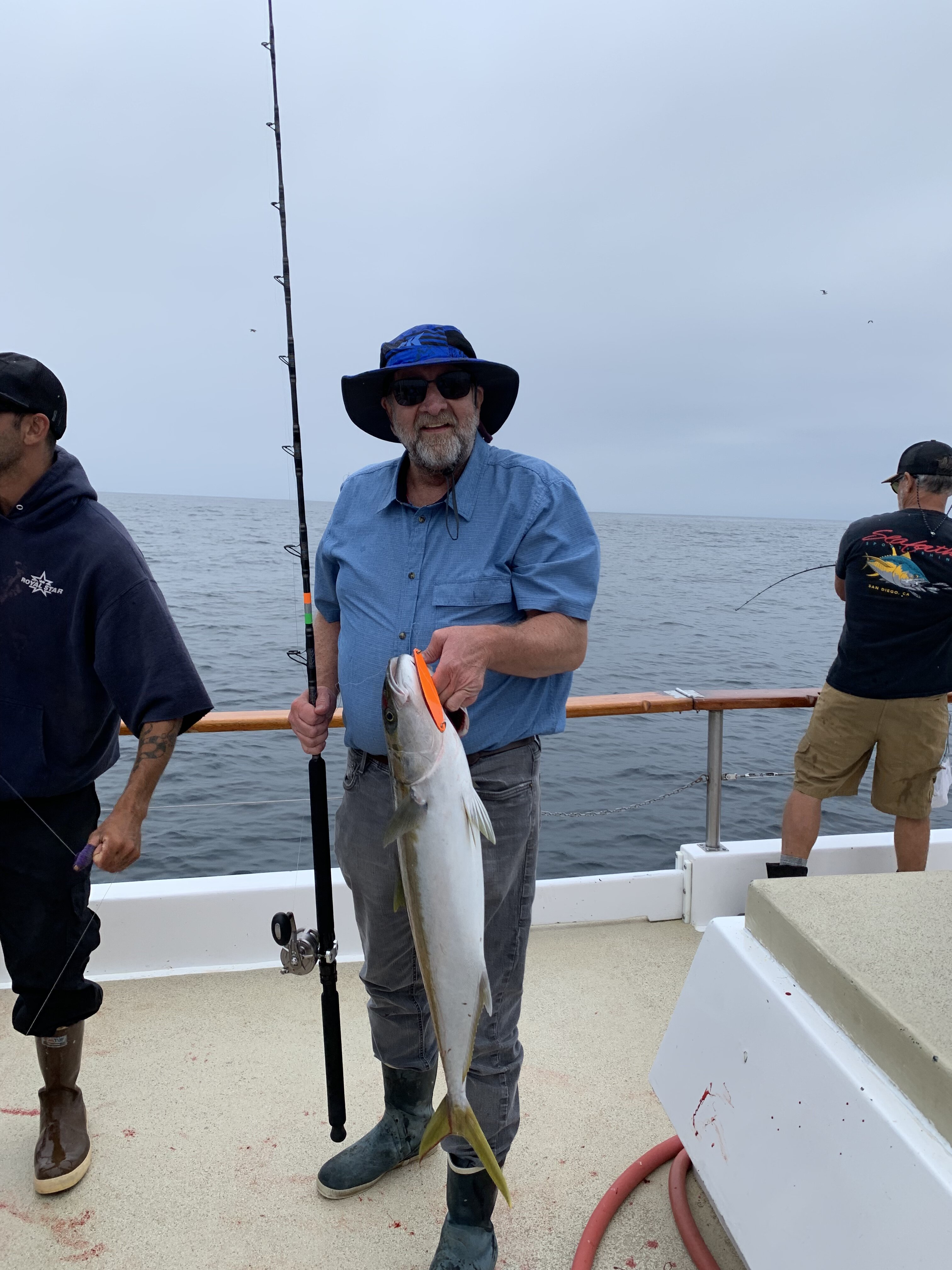 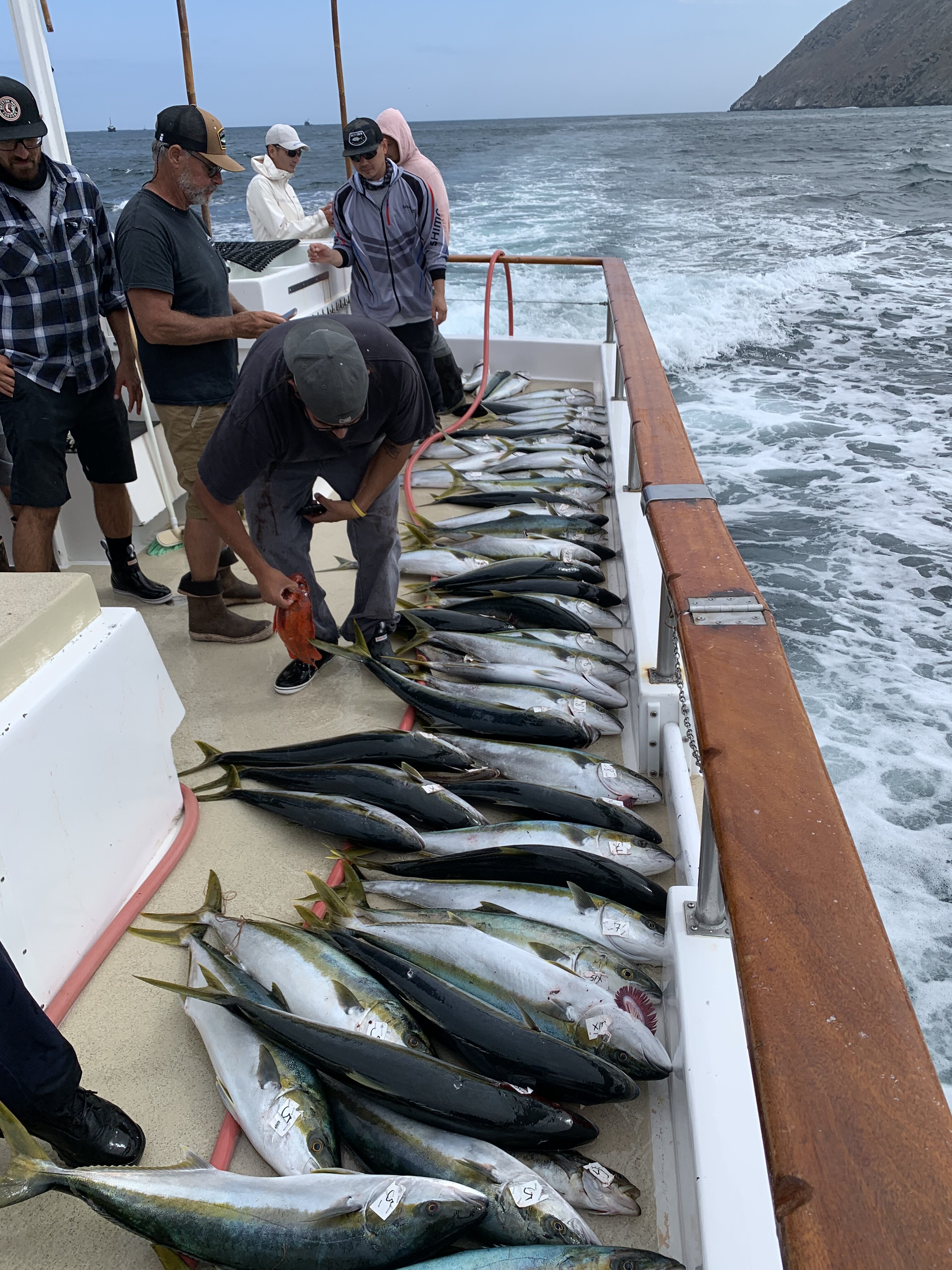 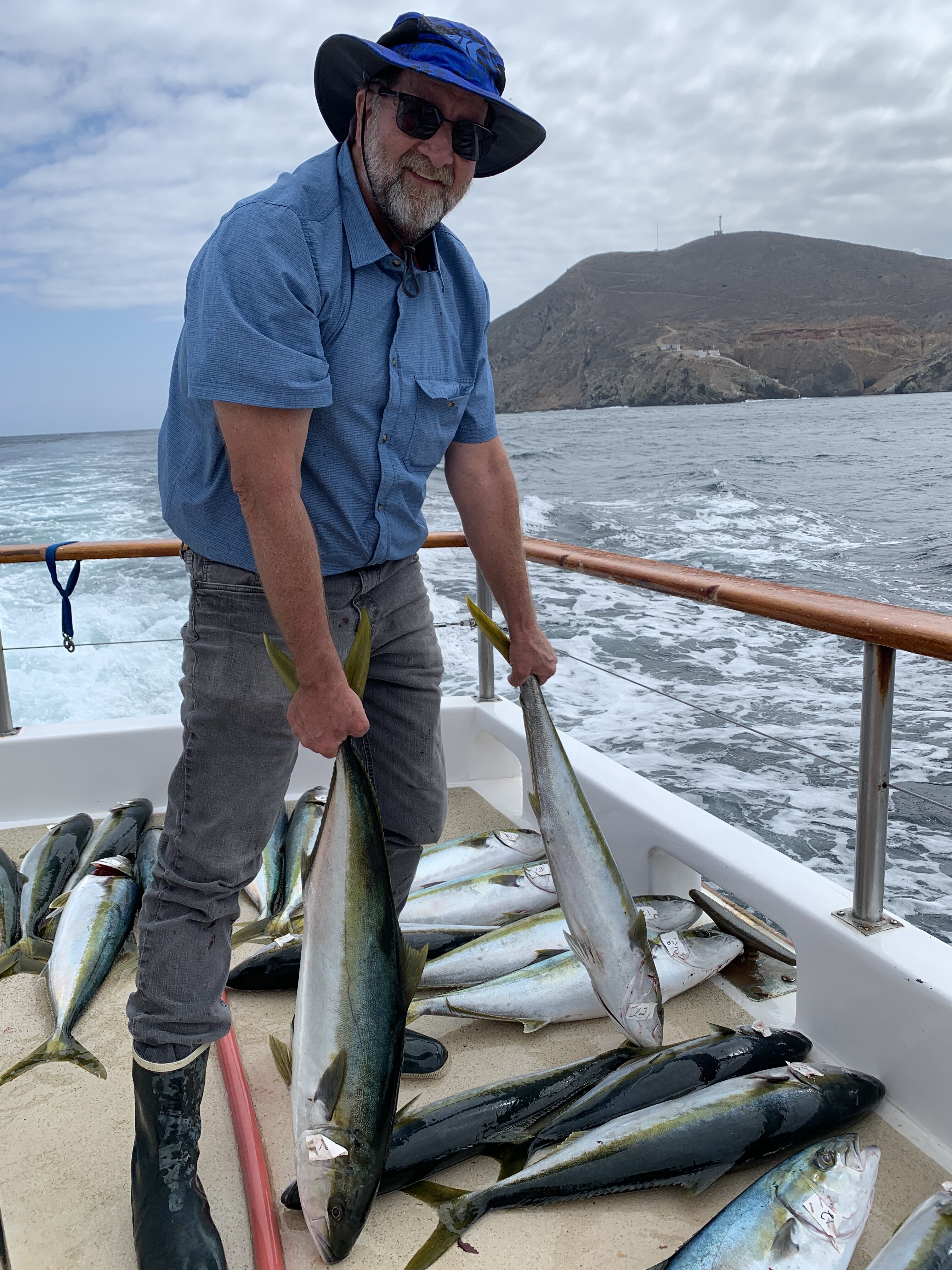 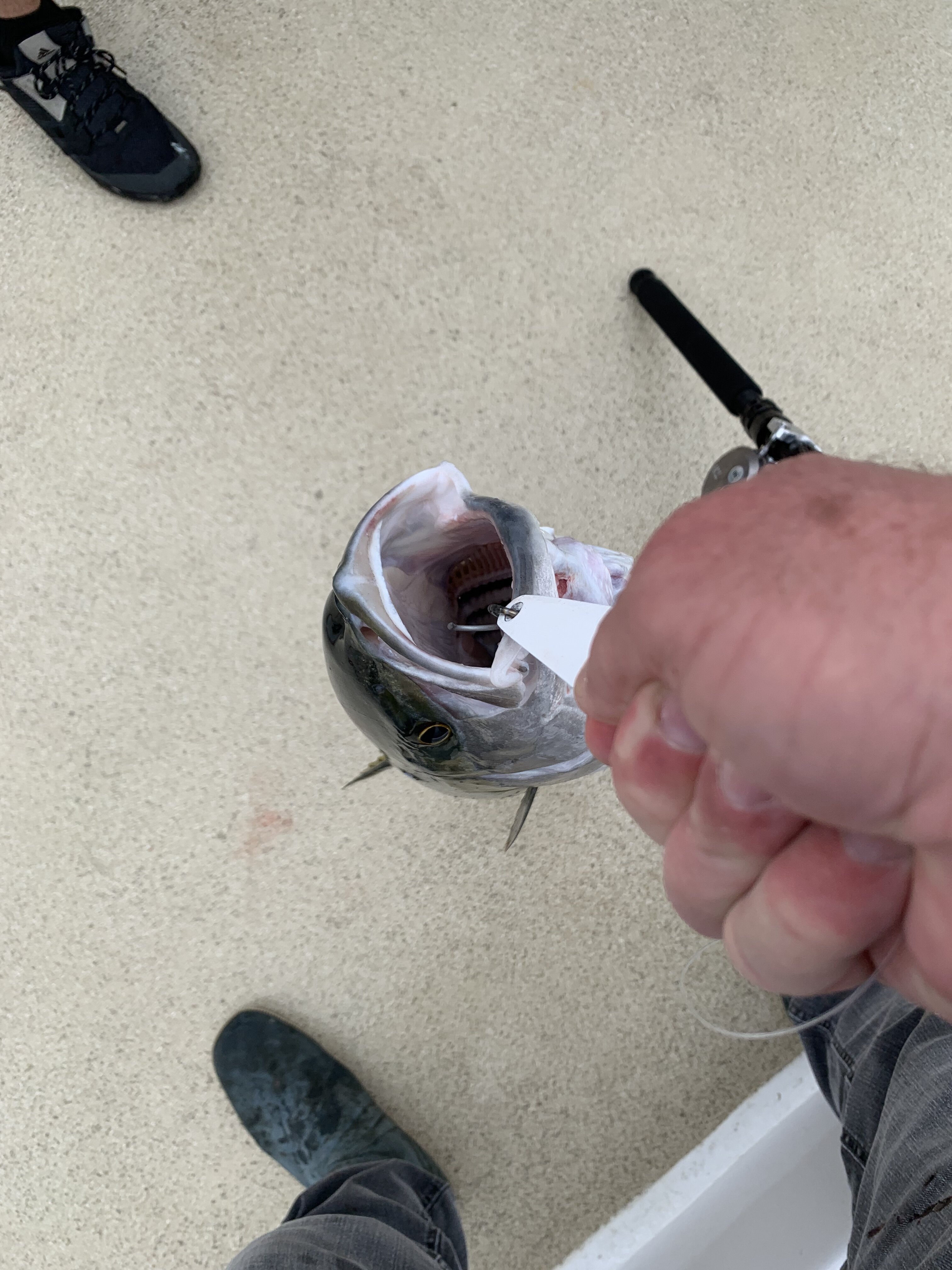 nice work the SD has been killing it the past couple of days WFO Yellows while everyone else is chasing those dumb BFT
Reactions: Abusaade, Unassailable and Shewillbemine
Upvote 0

Great job on the Yella's!! Nice pics too!!
Upvote 0

Great read.
Hell of a score. So cool you caught so many.

Nice YT. Thanks for the pics and report.
Toggle signature
-AH
I get skunked and I can not lie
Upvote 0

Hard to beat that! Way to get em!
Upvote 0
Show hidden low quality content
You must log in or register to reply here.