Fished yesterday and today at the islands with some buddies. Didn't get huge scores, but were able to scrape away at some yellows each day.

8/18
Got a nice scoop of bait and down to the islands around 6/30. Hung a yellow on bait within minutes of working middle grounds and lost another to the sea lions which were on us immediately. Worked the area for a little while longer as many other boats showed up and caught and released a rat yellow.

Decided to run down to skr and found the baby bluefin puddling immediately in 130 feet of water. Chased these around for awhile but we weren't able to get any to go and we were more interested in trying for some yellows, so we left that zone and headed back to middle grounds to find another armada of boats. Wind was up a bit and current wasn't doing anything so we went to catch a few rockfish and also one of the biggest whitefish I've ever seen.

Middle grounds was still packed so we went down to the north tip of south island and metered some nice schools of yellows and picked away at them for the rest of the day, slow trolling until we got bit and then fishing bait if they reacted to the chum at all. Ended up going 6/10 for the day plus the one released and headed home at 3.

8/19
Decided to give the bluefin another look in case it was in a better mood, so we ran straight down to skr but continued south hoping to find a few fish away from the fleet. They were up real good along the ridge, but once we got south we didn't see much. As we were shut down glassing we had some swirls right off of our stern, so I threw the iron at them and got ripped by what ended up being a nice 15lb yellow.

Ran back up to skr and the bluefin were still up and all over, so we tried with them for another half hour with no luck. We proceeded to watch someone catch a bluefin in 60 feet of water and then left the area slightly frustrated and confused. Headed back up south island and scratched one more yellow there, but didn't see the sign on the meter that we were seeing yesterday so we decided to try a new zone.

Got up to north island, maybe one other boat up there when we got started, and got into a nice yellowtail bite, picking away at small schools one or two at a time on the slow troll. By 12:30 we had gone 9 out of 14 or so shots, losing a few to the rocks. Left for the barn with more than enough fish. Happy to have found some away from the fleet, but never got on any big schools that stuck to the boat. 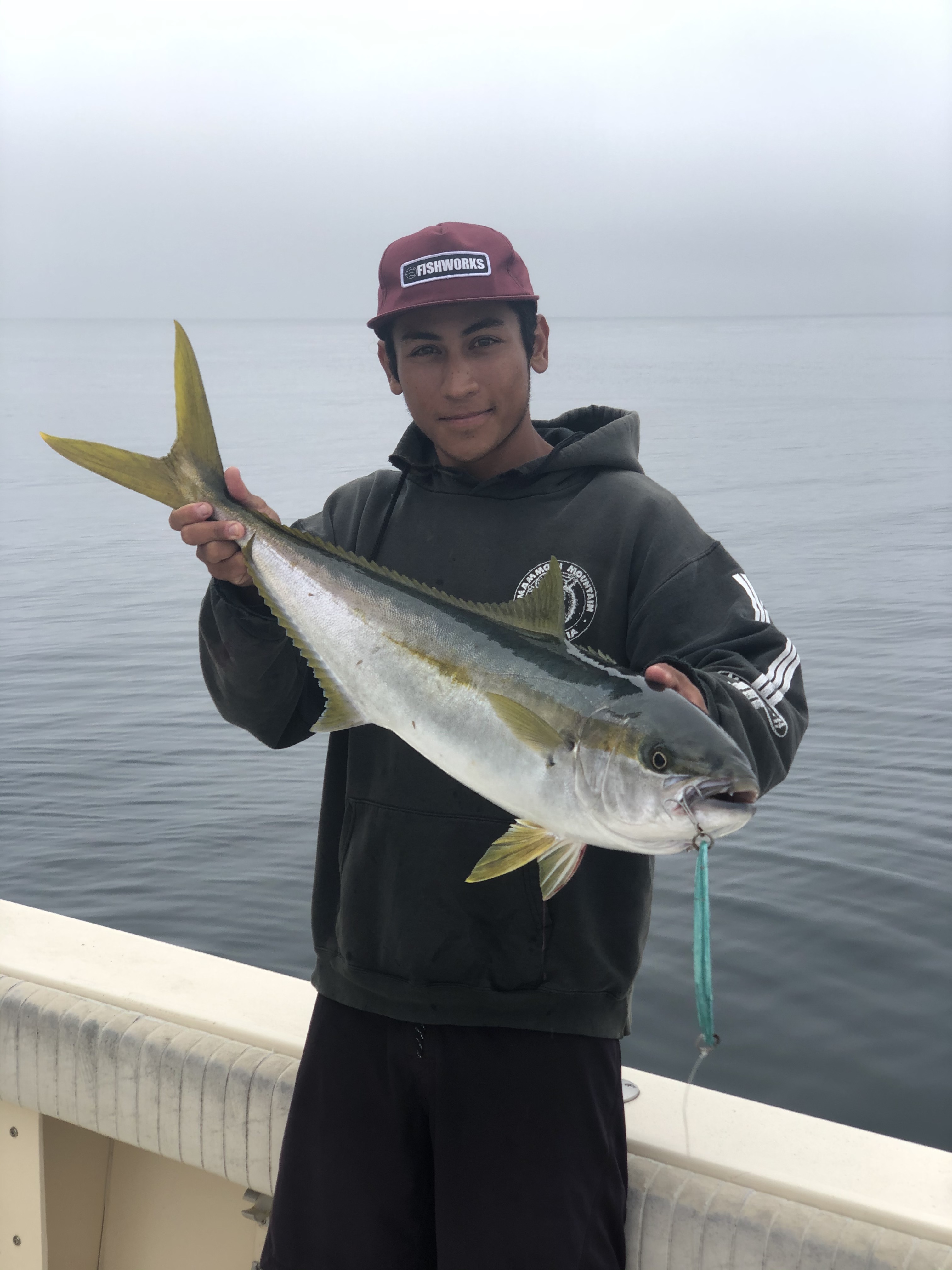 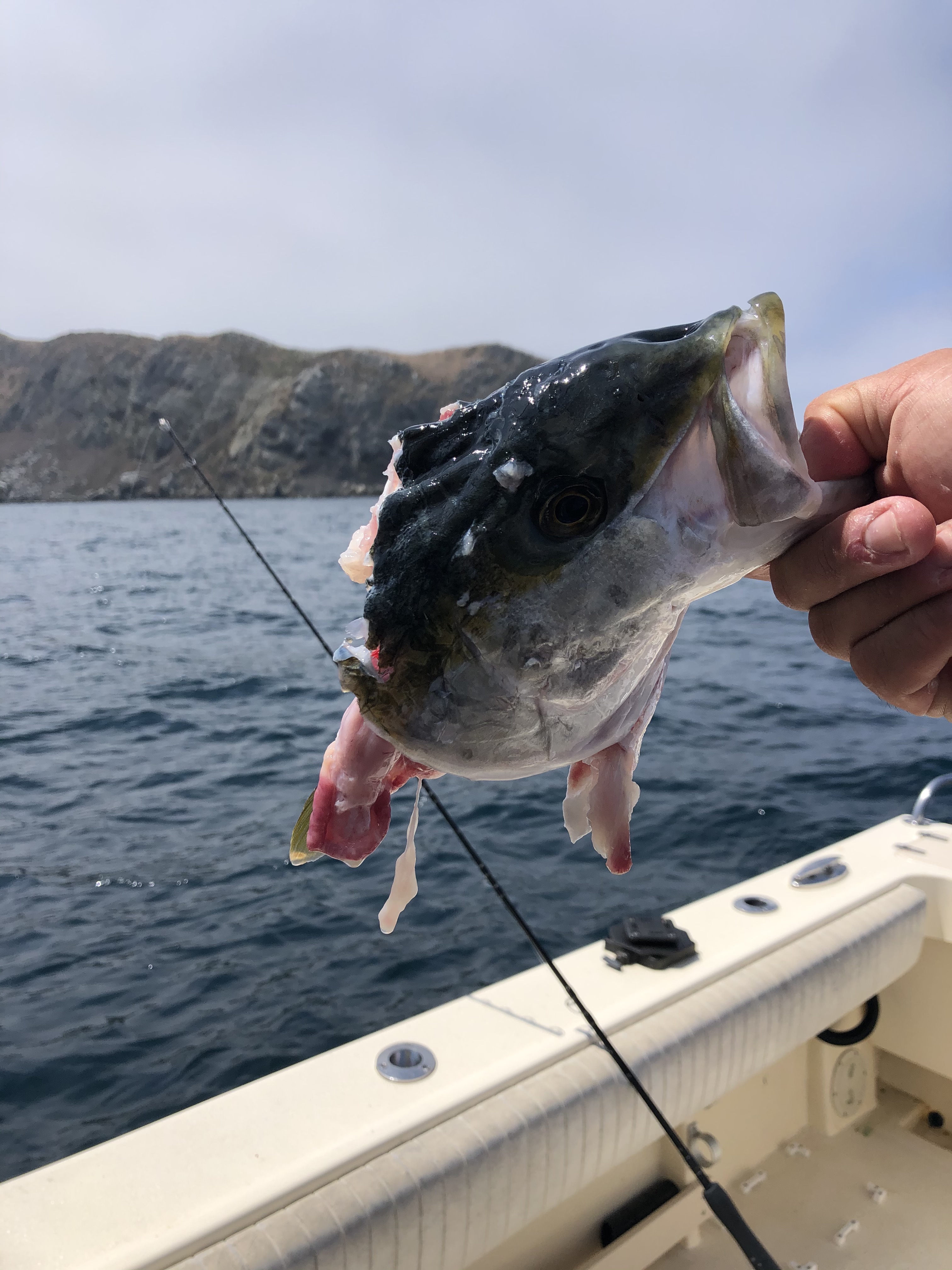 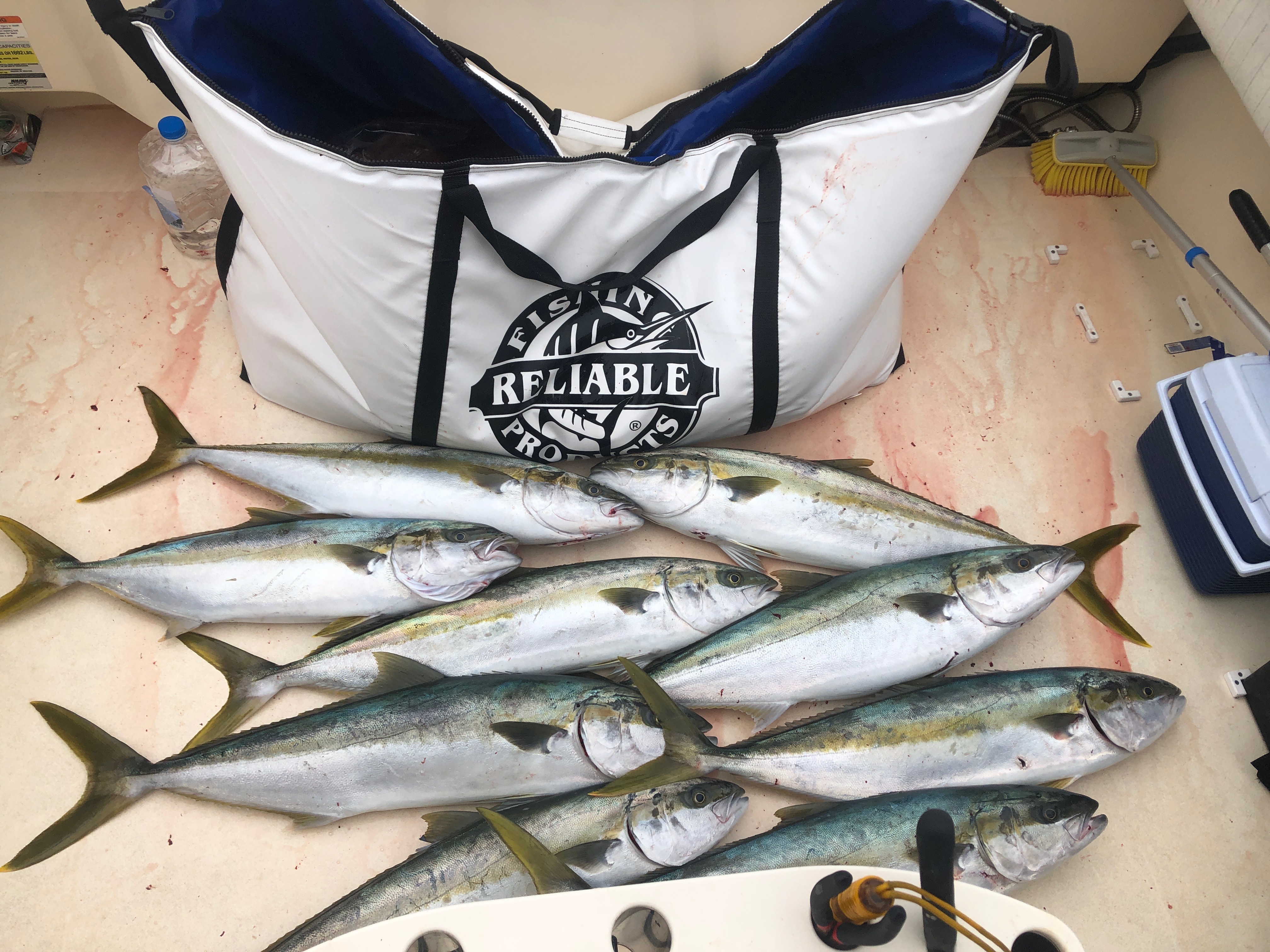 Nice looking water/fish! I thought it would be crappy on Tuesday, I tried to go to the 9 but the wind was up. Looks like glass behind you guys-nice job!
Toggle signature
All bleeding stops eventually.
Reactions: Brogan11 and Ricky Fish
Upvote 0

Nice work on the tails, some fun fishing at the islands right now!!
Reactions: Brogan11, Ricky Fish, rick rouland and 1 other person
Upvote 0

Thanks for posting this up early. Headed that way again manana.
Toggle signature
Ain't no shame in my game...
Reactions: Brogan11
Upvote 0

I really need to get out there. I haven’t been yet
Upvote 0

Thanks for the report. Helps me a lot. Headed down that way Friday.
Upvote 0

Boat
wish i had one