I don't typically post reports but I haven't seen a recent Coronado Islands report as of late so figured this might help others.

Short Version: Endless bonitos, some rockfish, a few calico bass. Very good fishing to be had at the Islands.

Long Version:
Picked up some prime 3-5" sardines at the barge. While the crew was loading up, I was messing around throwing a Coltsniper jerkbait and got bit, the fish immediately swam down and got me into the weeds pretty good. I thought it would be another jig lost but I was able to wrestle the fish out of there and came up a nice calico.

Made our way to Islands in semi-rough seas. We started at Pukey Point and started looking around North Island for nada. Made our way towards South Island and one of the trollers went off so we started chumming. Went up to the bow and started throwing a Megabait and got bumped the first three cast but no connection.. Finally connected and landed and nice size bonito. It was wide open for at least 45 minutes on good size bonitos. They ate anything and everything and I caught all of my fish on surface irons, megabaits, and a couple on a jerkbait. Kept 4 bonitos and threw back the rest/shook them off the jig once they got close to the boat.

The captain wanted to move on and look for bigger gamefish like yellowtail and the bluefin tuna that seem to stick around late this season. We got to a spot the captain said some bluefins have been hanging around and started chumming. Saw several big boils on the bait but no hookups on yellowtail nor bft. Picked off some more bonitos and a few calicos.

We then headed south of the Islands to fish a few spots for rockfish. Every drop produced some type of rockfish and/or whitefish. I was using a megabait tipped with squid and got bit pretty well. Released all my fish except 1 good size rockfish.

We then headed back towards the Islands to take one more look at the spot where the BFT has been spotted but nada. The Captain made the dreaded but expected announcement that we were out of fishing time and had to head back. Overall, a great day of fishing and I can't say enough good things about the Mission Belle. Fishy boat, fishy captain and great crew. 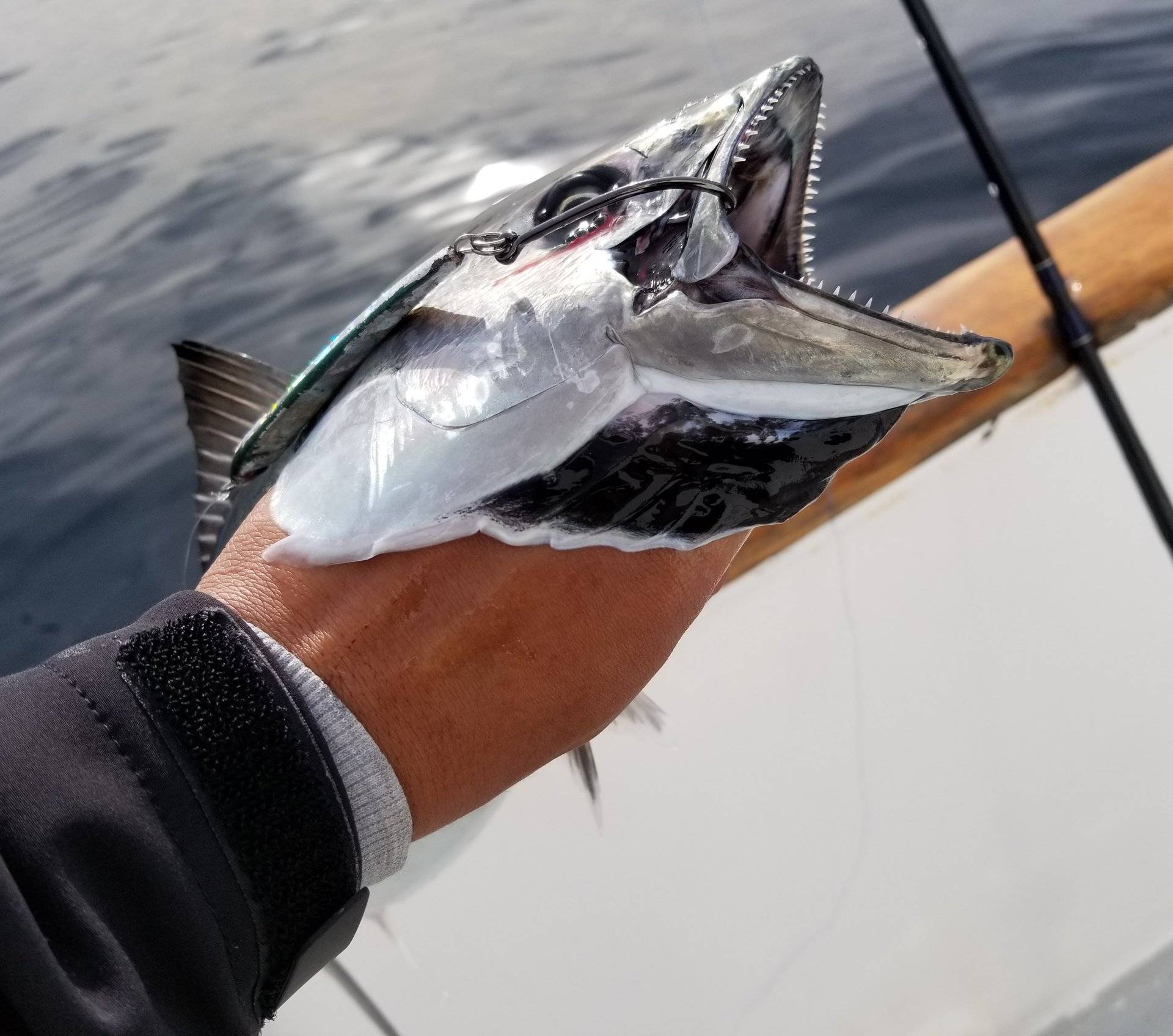 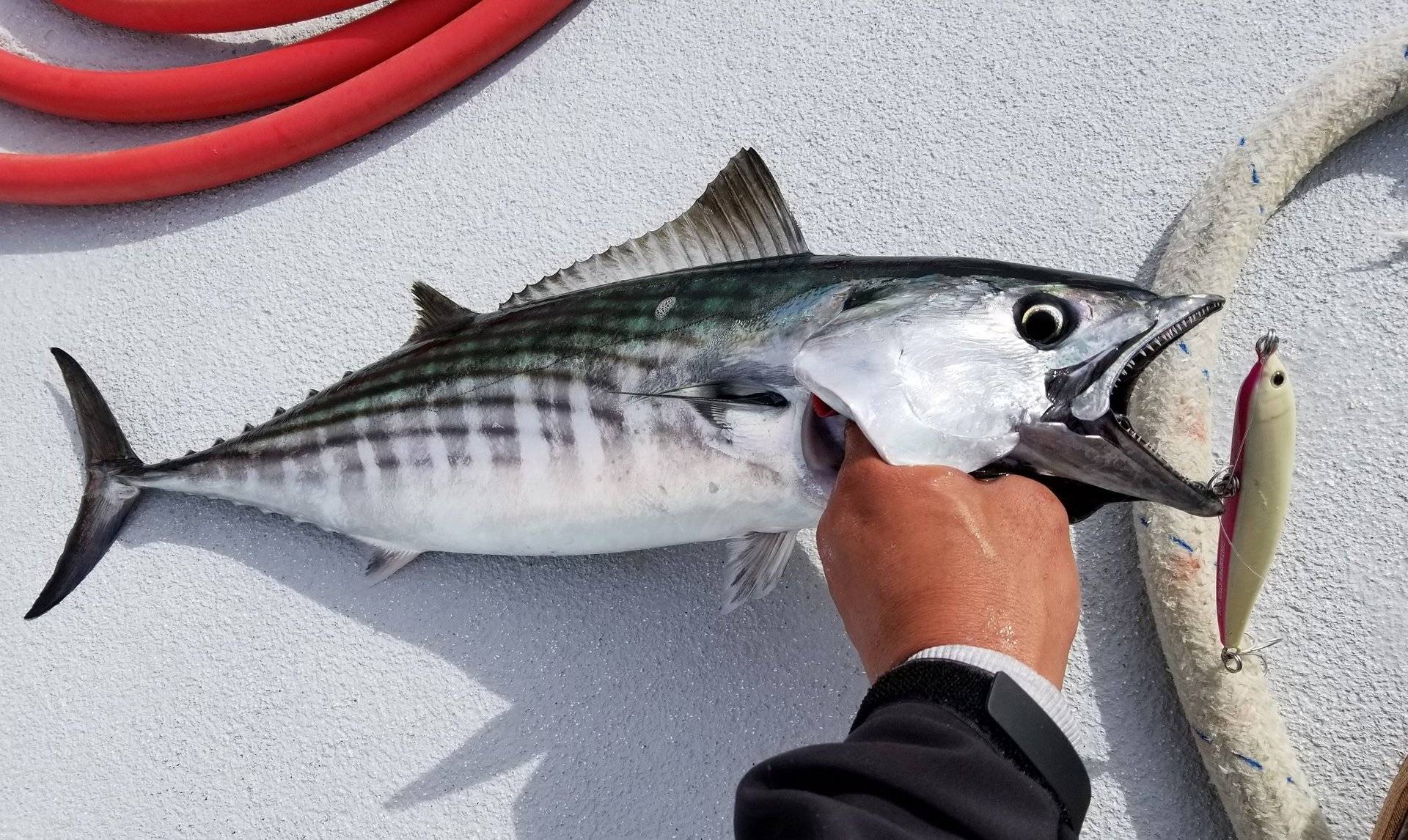 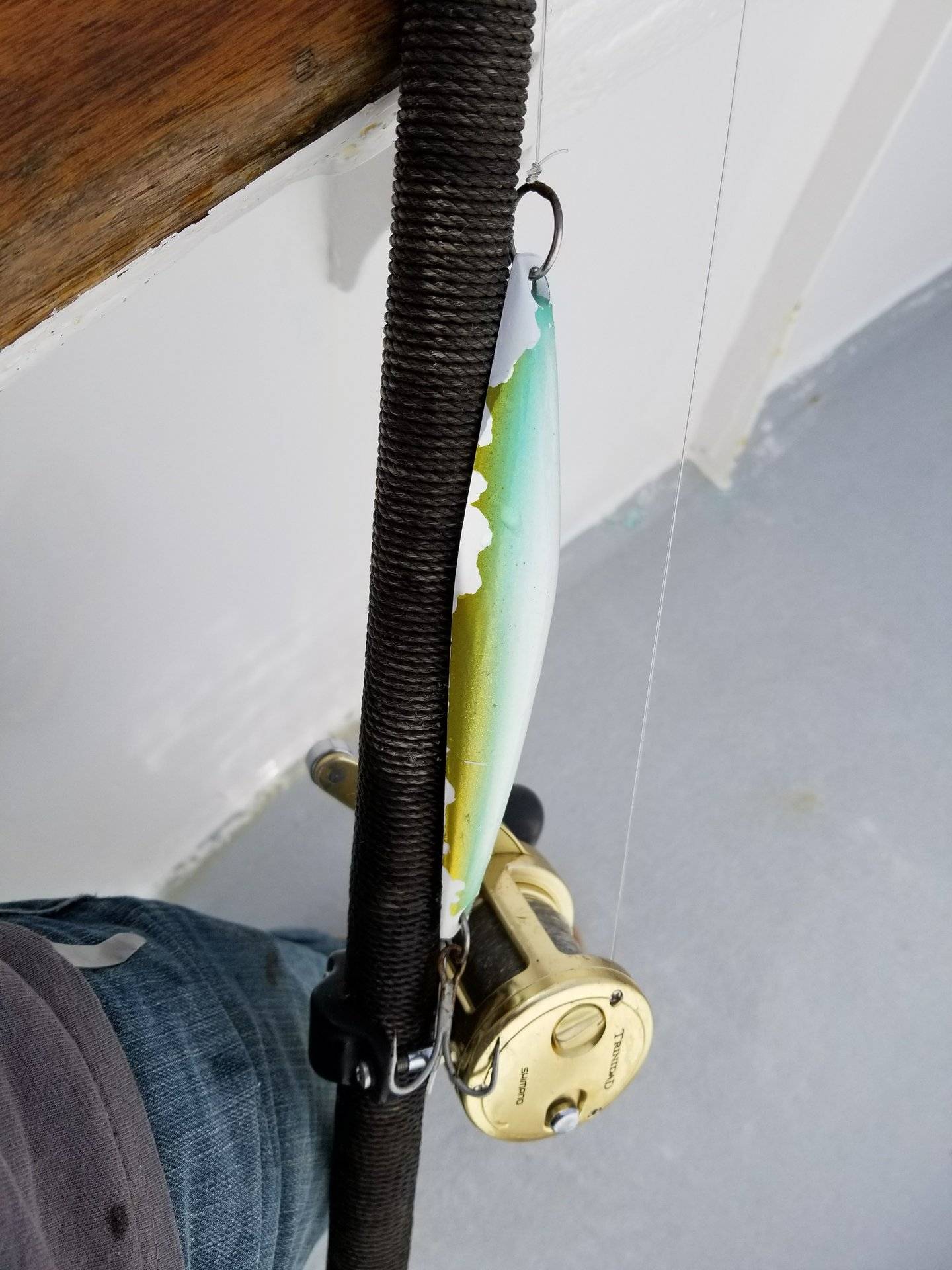 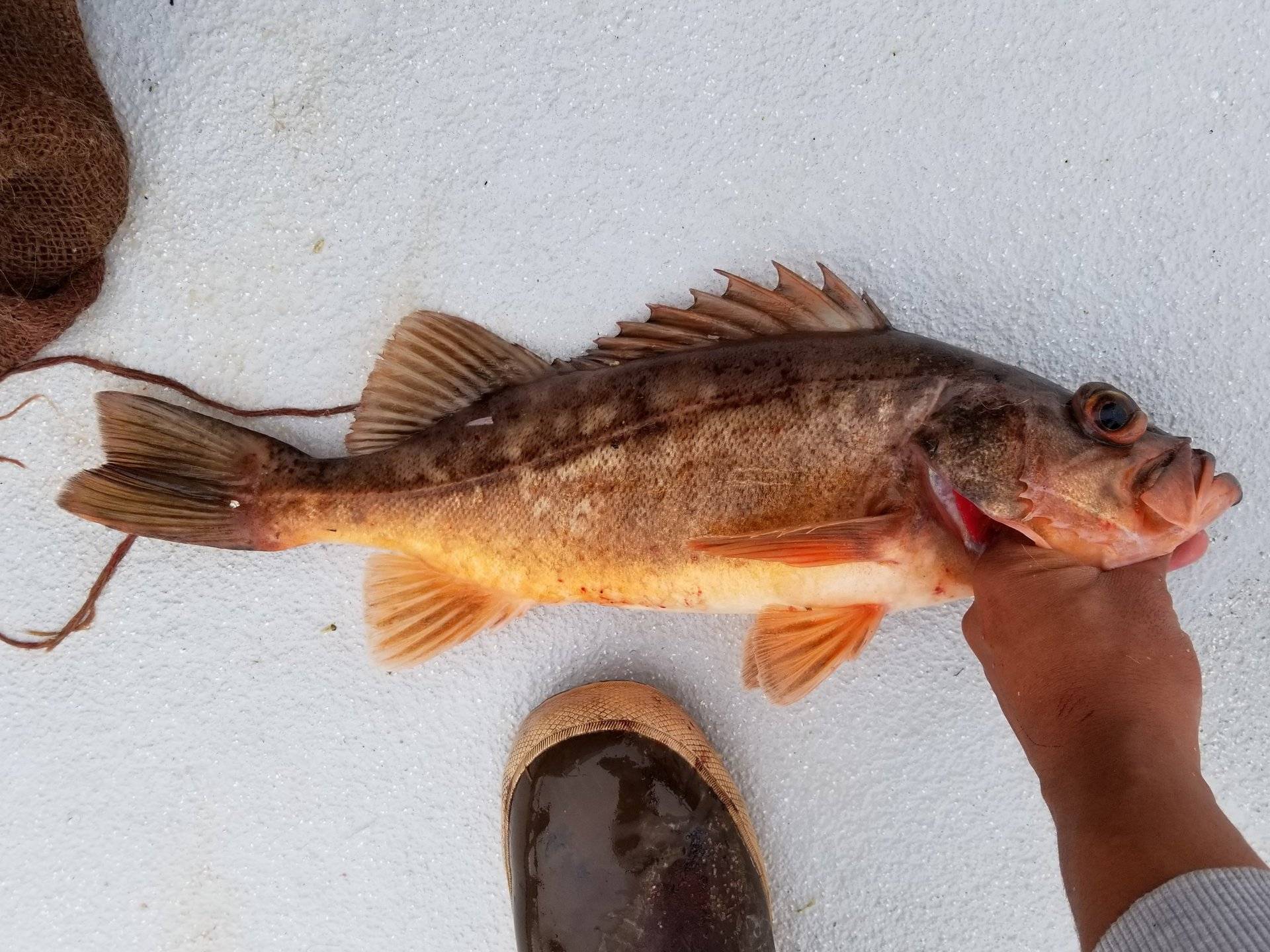 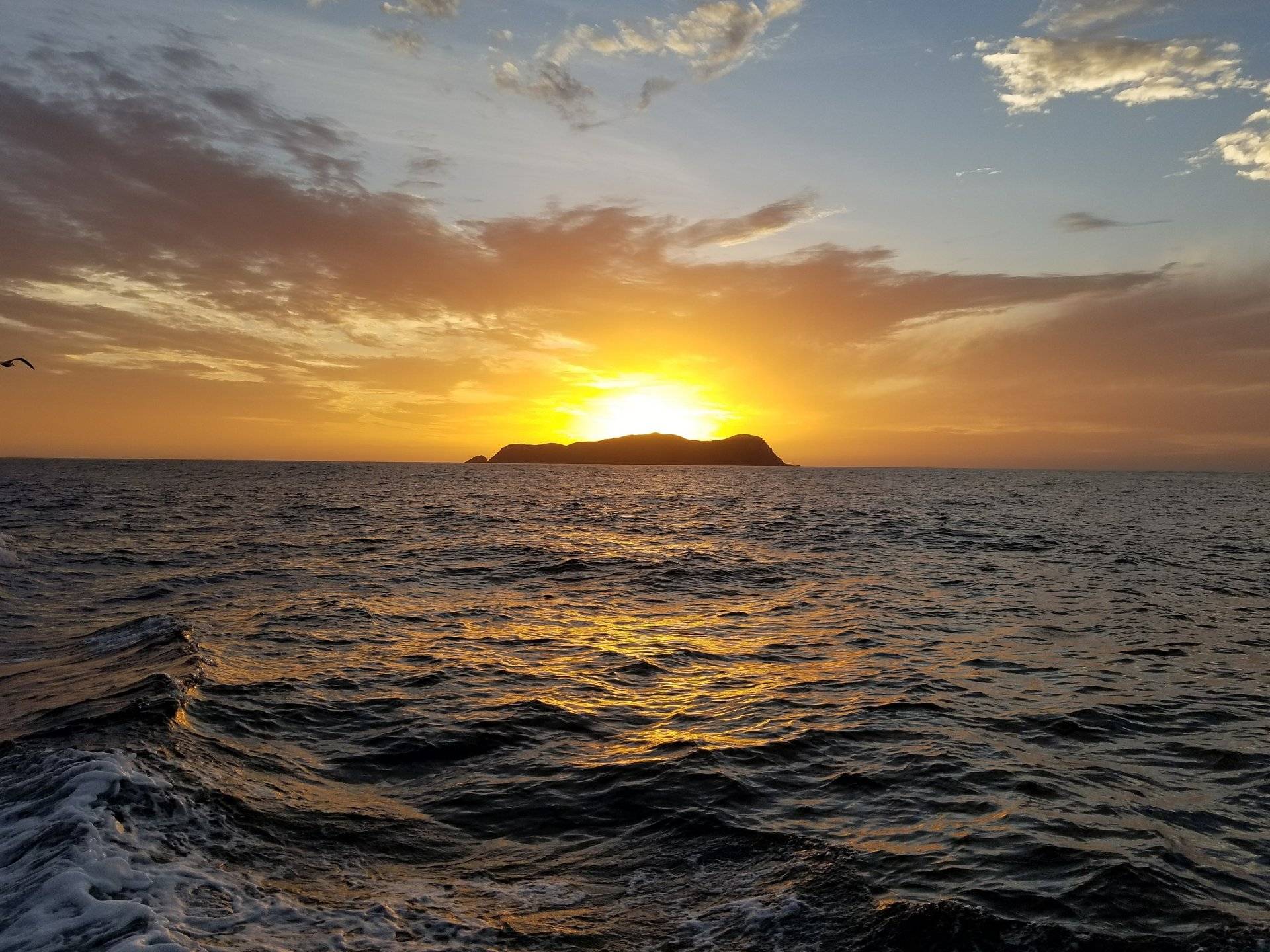 thanks for the report
Reactions: ElLoboDelMar

What lure is that in the second pic? Nice day, that last picture is great!

galen said:
What lure is that in the second pic? Nice day, that last picture is great!
Click to expand...

Thanks! It is a Coltsniper jerkbait. Shimano recently came out with jerkbaits and stickbaits to add to their coltsniper line. I like the action on them and they're really easy to cast.
Expand signature

Nice, fun trip and pics. Solid calico. Had two similar trips this past summer with big, 7-9 lb. bonies slamming the JRI's and MegaBait's also. Gotta love any kind of surface bite. MB is a great fishing platform with less than 16 anglers. She's not fast but Steve and Tony find fish consistently. Shout out to deckhands Karen and Brian, plus Cassie kills it in the galley! Bonies always remind me of that worm creature in the Beetlejuice movie. (There, I showed my age...)
Reactions: ElLoboDelMar

Cool picture of the island.
Thanks for the report !
Reactions: ElLoboDelMar

do they have rsw yet?
Expand signature
“It is no crime to be ignorant of economics, which is, after all, a specialized discipline and one that most people consider to be a ‘dismal science.’ But it is totally irresponsible to have a loud and vociferous opinion on economic subjects while remaining in this state of ignorance.” — Murray Rothbard

stairman said:
do they have rsw yet?
Click to expand...

They do, they put one in about a year ago.
Expand signature